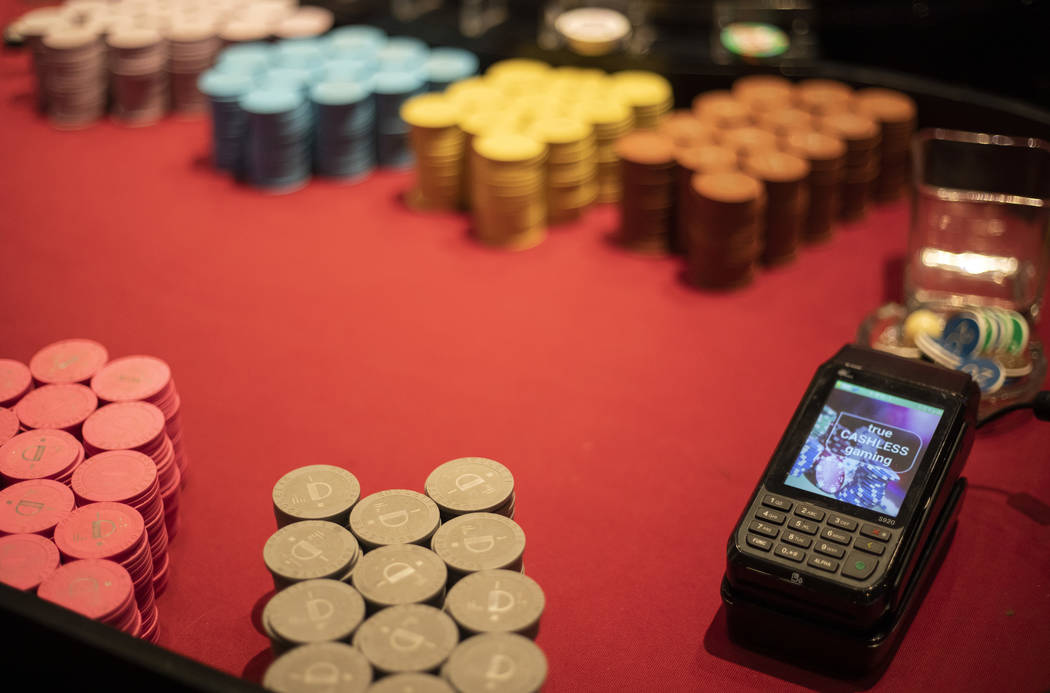 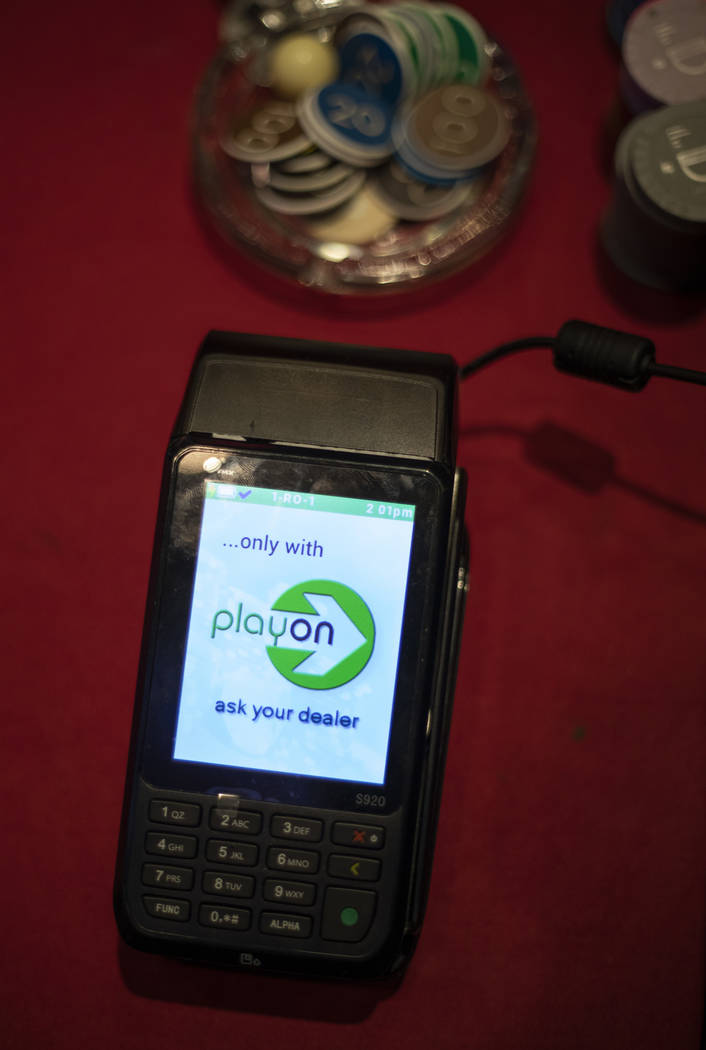 The Strat’s renovated casino has more than just new fresh felt and slot machines; it now offers players a way to pay for chips without leaving a table game.

ACS PlayOn cashless payments technology allows players to purchase casino chips with a debit card at table games, and eliminates the need to stop by an ATM machine or cashier’s window. The Strat began using the system Tuesday.

“We are testing this system because we see this as a great convenience for our players,” said Jay Fennel, vice president of gaming development and technology for Golden Entertainment, which owns the Strat. The service is meant to “enhance the guest experience as a convenient way of accessing their funds without having to leave the comfort of their table.”

The Strat joins the D Las Vegas and various Station Casino properties — including the Palms — in offering this cashless system. ACS PlayOn said in a statement that the service is set to expand to the D’s sister property, Golden Gate, in coming months.

“The obvious benefit is that it is efficient,” Fennel said. “Sometimes the time you spend finding an ATM and coming back to the table disrupts your flow. Plus, you don’t have to risk losing your spot.”

On Monday, the D announced it would be the first downtown casino to implement this system. A representative for the D and Golden Gate casinos declined to comment.

While the device can be used on slot machines, the two downtown casinos and the Strat are using it solely on table games. Fennel said the Strat plans to evaluate the system over the next several months at select tables before deciding whether or not to expand its use.

The device charges a flat $4, plus a 2.5 percent transaction fee per day, Fennel said.

Casey Clark, senior vice president of strategic communications for the American Gaming Association, said this technology helps the gaming industry catch up to technology already available in other industries.

“Modernizing payment (is) something AGA is focused on this year,” Clark said. “Our focus has been on customer choice and introducing more opportunities in terms of how they pay for that experience.”

Reno-based ACS PlayOn debuted the cashless gaming solution in 2016 at California and New Mexico tribal casinos. In the last quarter of 2019, the Nevada Gaming Control Board and Nevada Gaming Commission gave the company approval to deploy PlayOn throughout Nevada, according to a statement from the company.

According to the ACS’s website, it started a Nevada field trial with Station Casinos in March 2019, when it installed PlayOn devices on two tables at Red Rock Resort.

“Overall, the guests love the convenience of the devices,” said Dustin Boshers, director of table games at the Palms, a sister property to Red Rock.

PlayOn “creates stronger holding power that equates to increased revenue potential to the bottom line,” according to the ACS website.

While some have voiced concerns that these sort of systems could provoke those with gambling addictions, Clark said cashless devices could actually discourage problem gambling.

The system gives operators the opportunity to track payment methods and gives them better insight into where players’ money is coming from. Clark said that insight could lead to better safeguards.

“There’s greater opportunities for bettors to set limits, both time limits and monetary limits,” he said.