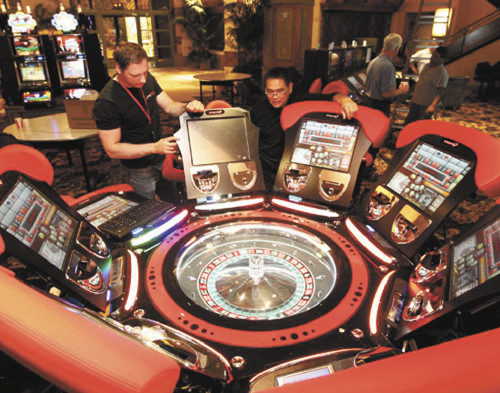 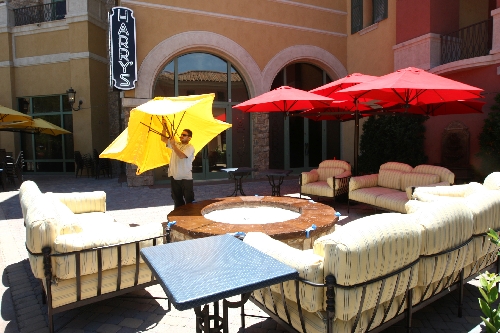 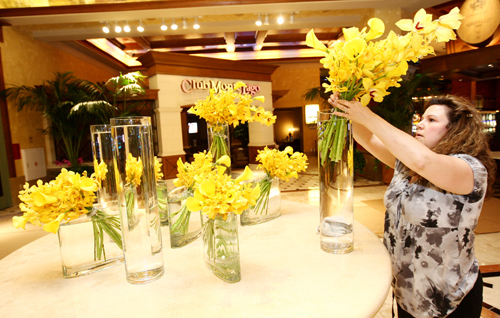 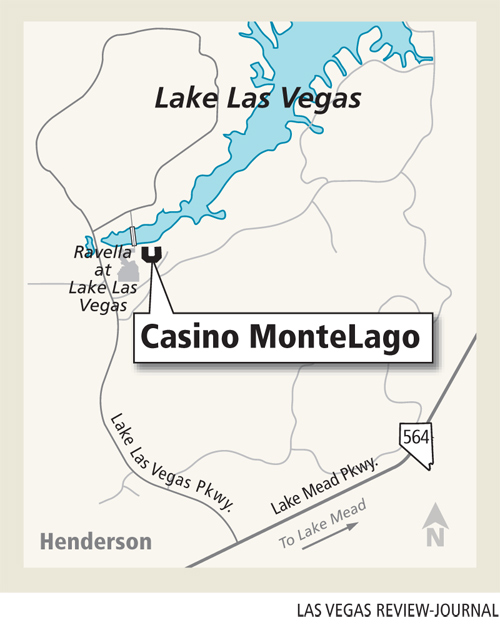 The reopening of a 275-slot machine casino normally wouldn’t merit a blip in the land of megaresorts.

But tonight’s unveiling of the newest version of Casino MonteLago is being hailed as the latest sign that Lake Las Vegas has put behind two troubling years of bad news.

The community is celebrating the reopening of Casino MonteLago, which closed 14 months ago. Restaurants throughout the adjacent MonteLago Village are providing food for a preopening VIP party that is expected to attract Henderson officials. Throughout the weekend, various events have been planned, with food and bands.

"We’re the only casino opening this year in all of Las Vegas," said Intrepid Gaming President Jon Berkley, whose Las Vegas-based company is operating the 40,000 square-foot casino. "Casino MonteLago will be superelegant, but not arrogant. It will be a fun place."

Casino MonteLago will open to the public at 9 p.m. following a fireworks display over the lake.

Ravella at Lake Las Vegas, which reopened in February on the site of the Ritz-Carlton, which was closed 10 months earlier, is offering its 340 hotel rooms for $49 a night through the Memorial Day weekend to celebrate the return of casino gaming to the community.

Casino MonteLago will have 275 slot machines and electronic table games. The casino will not have a live table game pit, but Berkley isn’t ruling out adding table games and dealers in the future.

He said two expansions in the gaming area are already being planned because of preopening interest.

The casino will employ more than 100 workers and have one restaurant.

Berkley said the past few months of readying Casino MonteLago for its reopening, by adding some of the newest slot machines and gaming devices available, made him and the Intrepid Gaming team feel like part of the revived community.

Berkley said Casino MonteLago will market not only Lake Las Vegas, but also to the 22,000 homes adjacent to the community and the 100,000 homes in nearby Henderson. The idea is promote Lake Las Vegas as whole.

"That’s never been done before with this community," Berkley said. "There is no property anywhere like this."

Berkley told Nevada gaming regulators this month that the reopening of Casino MonteLago would be a psychological boost to Lake Las Vegas, a 3,600-acre master-planned community centered on a 340-acre artificial lake.

Casino MonteLago and the Ritz-Carlton closed within months of each other last year. Two of the development’s three 18-hole championship golf courses are closed and operators of the development filed for Chapter 11 bankruptcy reorganization in July 2008.

However, the 493-room Loews Lake Las Vegas and condominiums at the Aston MonteLago Resort remained operating, along with the Jack Nicklaus-designed SouthShore Golf Club.

MonteLago Village, the resort’s retail and dining attraction, is more than 90 percent occupied.

Berkley, who lives in Summerlin, said the drive to Lake Las Vegas is easy from all parts of the valley.

"The casino is located in the social hub of Lake Las Vegas," Berkley said. "It’s important for it to succeed."

Intrepid Gaming is leasing the Casino MonteLago space from Village Hospitality LLC. The company is the fourth operator of the casino since it opened in April 2003 at a cost of $60 million.

At the Nevada Gaming Commission hearing, Chairman Peter Bernhard questioned Berkley and his team’s commitment to the project given his lack of a personal investment in the casino.

"You have no skin in the game," the chairman said.

"All of our skin is in this game," Berkley said.