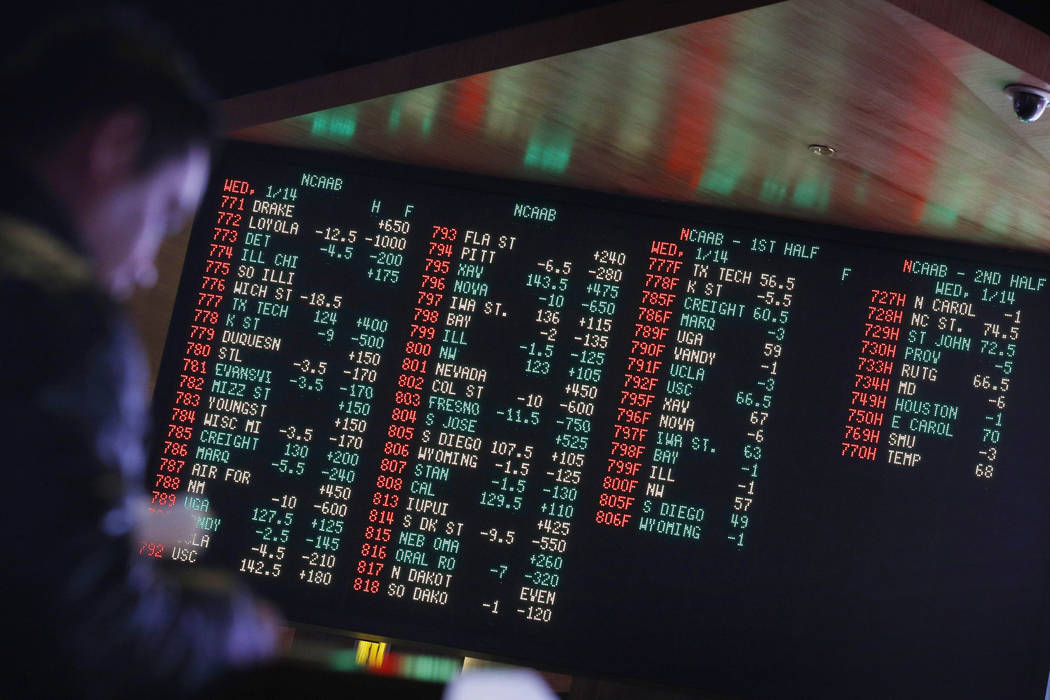 Odds are displayed on a screen at a sports book owned and operated by CG Technology in Las Vegas. (John Locher/AP)

Facing the possibility of a license revocation, CGT was fined $1.75 million by the Nevada Gaming Commission. The commission took less than a half hour to unanimously approve a $2 million settlement offer on a complaint originally filed in August by the state Gaming Control Board against the operator of eight Southern Nevada sports books.

“We are satisfied with the resolution agreed to today by the commission,” said Parikshat Khanna, CEO of CGT, said in a statement issued Thursday. “We remain committed to the Nevada sports book business and the long-term partnerships we have established with some of the finest resort operators in the world. Additionally, we look forward to the growth prospects of the industry nationwide.”

The Control Board’s four-count complaint, filed Aug. 8, said CGT was taking wagers from outside the state, taking bets after events had concluded, made incorrect payouts to 1,483 bettors and misconfigured a satellite sports book betting station for the 2018 Super Bowl. The company admitted to all of the accusations and waived its right to a public hearing on the settlement.

With paying the fine to the state, CGT volunteered to pay $250,000 to the Nevada Council on Problem Gambling within two months.

Carol O’Hare, executive director of the council, was surprised by the donation and hadn’t heard about it until settlement details were disclosed by the Control Board.

The council is a resource on compulsive gambling and has programs to promote responsible play and to direct people with gambling addictions to treatment programs.

The organization operates on corporate contributions and grant funding. O’Hare estimates the council would receive about $700,000 in corporate donations this year.

In Thursday’s hearing, the commission could have rejected the settlement and start proceedings on revoking or suspending GCT’s gaming license.

Commissioners took turns expressing their disappointment in the company over recent years but their delight that the new settlement would lead to better times.

As part of the settlement, CGT also has agreed to establish the position of corporate social responsibility officer, reporting to the CEO. That new executive would focus on enhancing responsible and ethical gaming, employee training, identifying opportunities for philanthropy and local community engagement, encouraging charitable and civic participation, and promoting diversity and environmental sustainability.

CGT also said it would implement semiannual training of the CEO, the chief financial officer, chief legal officer, chief compliance officer and the new social responsibility officer “to ensure continued adherence and implementation of ‘best practices’ in the areas of responsible and ethical gaming, gaming policies and procedures.” 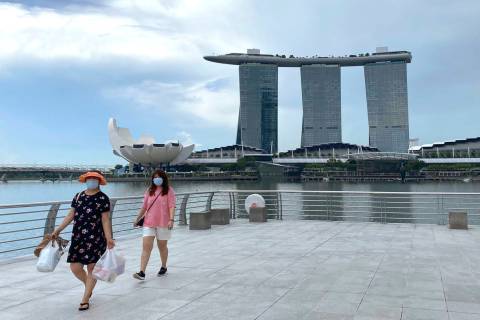