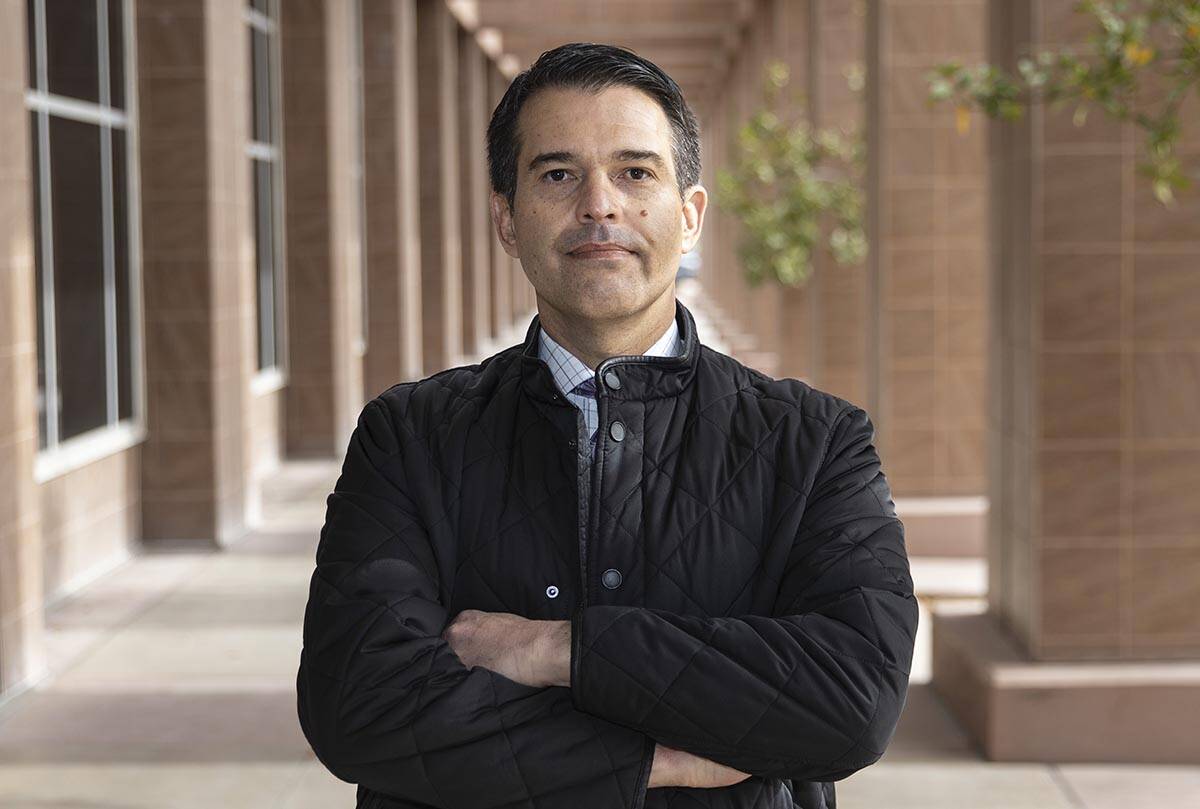 J. Brin Gibson, chairman and executive director of the Nevada Gaming Control Board, has resigned and board member Brittnie Watkins will take over those roles next month, Gov. Steve Sisolak announced Monday.

Gibson, who has served as chairman of the board for two years, will “pursue a new professional opportunity,” according to a release from Sisolak’s office.

Watkins, who was appointed to the board by Sisolak in April 2021, will become the second Black female chair in the board’s history.

Sandra Douglass Morgan, now president of the Las Vegas Raiders, was the first Black woman to chair the board, accepting an appointment by Sisolak in 2019.

“I am grateful to Brin’s steady leadership at the Gaming Control Board over the last two years, and his continued counsel and friendship to me,” Sisolak said in a statement. “We wish him and his family nothing but the best for Brin’s next chapter. I am grateful that Brittnie Watkins has agreed to continue the incredible and important work at the Gaming Control Board. She is more than ready for this role, and I am excited to see her work.”

The release said Gibson informed the governor’s office of his planned departure earlier this year but didn’t explain why the announcement was delayed until Monday.

“I am humbled and honored to have served as chair of the Nevada Gaming Control Board at this critical moment for Nevada,” Gibson said in a release. “I am proud of the work we have accomplished, and I know there is so much more ahead for my colleagues. I want to thank Gov. Sisolak for giving me this opportunity, and for his leadership and support over the years.”

Gibson formerly served as Sisolak’s general counsel from January 2019 to January 2020, before leaving to pursue a new career opportunity. He also assisted the governor’s office during two special legislative sessions in the summer.

As the chief of gaming, he acted as chief legal counsel to the Nevada Gaming Control Board, Nevada Gaming Commission and Nevada Gaming Policy Committee, where he handled all legal actions against gaming licensees by the board and commission, including regulatory issues and violations. Gibson was also appointed to two separate terms by former Gov. Brian Sandoval to serve as the commissioner of the Colorado River Commission of Nevada.

Watkins joined the Control Board in April 2021, replacing Terry Johnson whose term ended after nearly a decade on the board. Prior to joing the board, Watkins served as an attorney with Las Vegas law firm Pisanelli Bice PLLC since 2016, practicing complex commercial litigation.

Her academic honors included selection to the Nevada Law Journal, the Dissertation of the Year Award, the Barbara Buckley Community Service Award, and the Roosevelt Fitzgerald Award for Outstanding Scholarship and Leadership.

Her practice areas included various forms of hotel and gaming litigation at the trial and appellate levels. In 2020, she became the first Black woman to be elected to the State Bar of Nevada Board of Governors, which oversees the legal profession.

Before earning a place in The Best Lawyers in America as a practicing attorney, Watkins served as a judicial law clerk to retired Justice Michael L. Douglas of the Supreme Court of Nevada, where she helped the court make precedential legal determinations that ranged from intellectual property and gaming-related issues to constitutional and real property issues.

Watkins, a mother to three children, has been a community advocate. She contributed hundreds of hours to pro bono representation each year and is a leader in various community organizations.

Her commitment to leading with service earned her the 2019 Access to Justice Award of Excellence from Legal Aid Center of Southern Nevada, the Silver Service Award from the Public Interest Law Association, and the Circle of Support Award from the Clark County Bar Association.