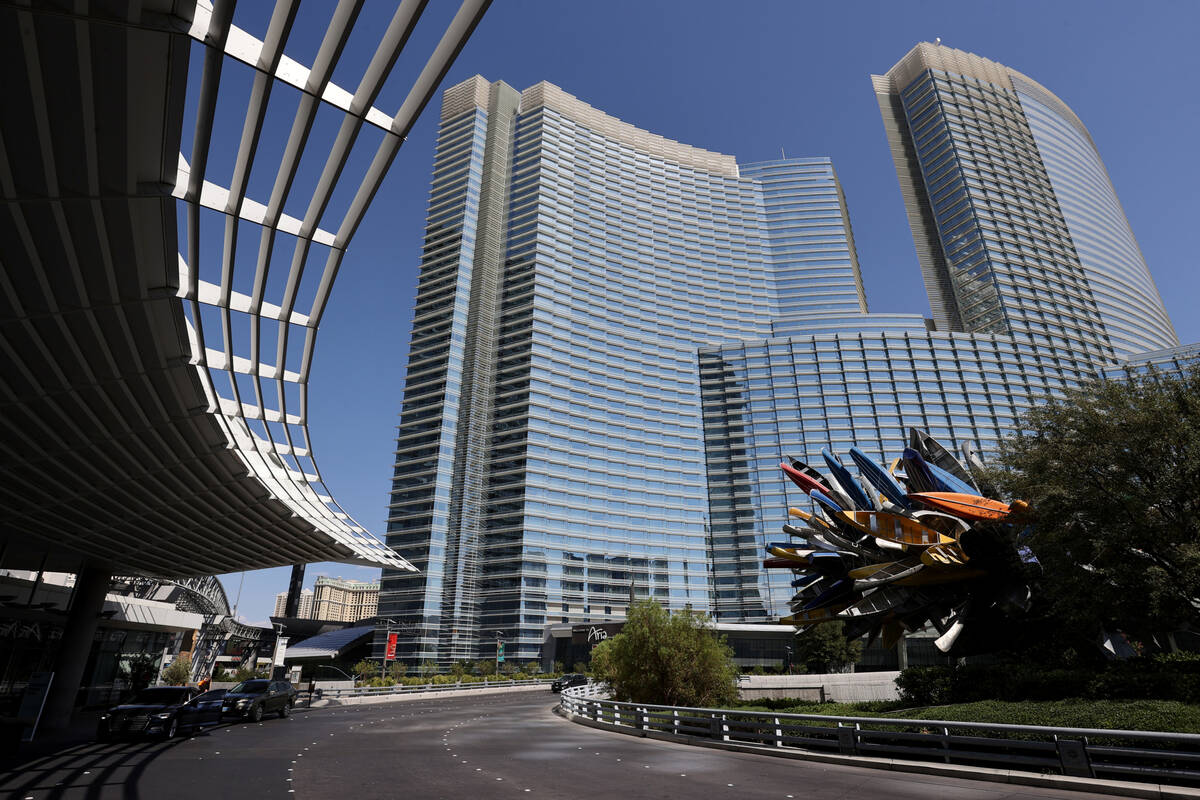 MGM Resorts International on Wednesday took its first step toward closing on a $2.1 billion buyout of Dubai World’s 50 percent stake in CityCenter.

The Nevada Gaming Control Board unanimously recommended approval of a transfer of Dubai World’s interest to MGM after a 15-minute hearing.

The Nevada Gaming Commission is expected to consider final approval of the deal Sept. 23. The transaction is scheduled to close by the end of the month.

In Wednesday’s hearing, company officials outlined that they plan to establish two separate property companies for the 4,000-room Aria and the nongaming Vdara hotel.

After that is completed, both properties would be sold for $3.89 billion to The Blackstone Group of New York, which would lease the properties back to MGM for $215 million a year.

It’s all part of MGM’s asset-light strategy that the company started five years ago to maximize revenue through leasing and managing resorts with real estate investment trusts.

When the transaction is completed, all properties operated by MGM in Las Vegas will belong either to The Blackstone Group or MGM Growth Properties, a REIT directly affiliated with the company.

Nationwide, only one property is owned directly by MGM — its hotel-casino in Springfield, Massachusetts.

Chief Financial Officer Jonathan Halkyard told board members the company expects to sell MGM Springfield to a REIT by the end of the year pending approval by the Massachusetts Gaming Commission.

In a separate but related action Wednesday, the Control Board recommended approval of terminating the registration of Dubai World and its Infinity World Holdings subsidiary.

In questioning from board members, William Grounds, president and chief operating officer of Infinity World Development Corp., said the transaction probably would be the company’s farewell to the gaming industry.

Dubai World will continue to hold investments in hotel properties, but none of them has a casino, he said. Emerging markets in Africa and ports also will become a part of Dubai World’s portfolio.

Dubai World, which would continue to hold a 4.3 percent stake in MGM Resorts International stock, is a partner in the Fontainebleau Miami Beach resort, which once was under consideration for a casino site when Florida was exploring the expansion of gaming statewide.

When Dubai World was licensed as co-owner of CityCenter, it was a process that hadn’t been seen before in Nevada with an investment company owned by the government of a foreign country, the United Arab Emirates.

Control Board Chairman Brin Gibson noted that before the final vote was cast.

“I want to thank you for honoring your commitment,” Gibson told Grounds. “It all started with a bang, licensing to a foreign country, and it turned into a monumental construction project.”