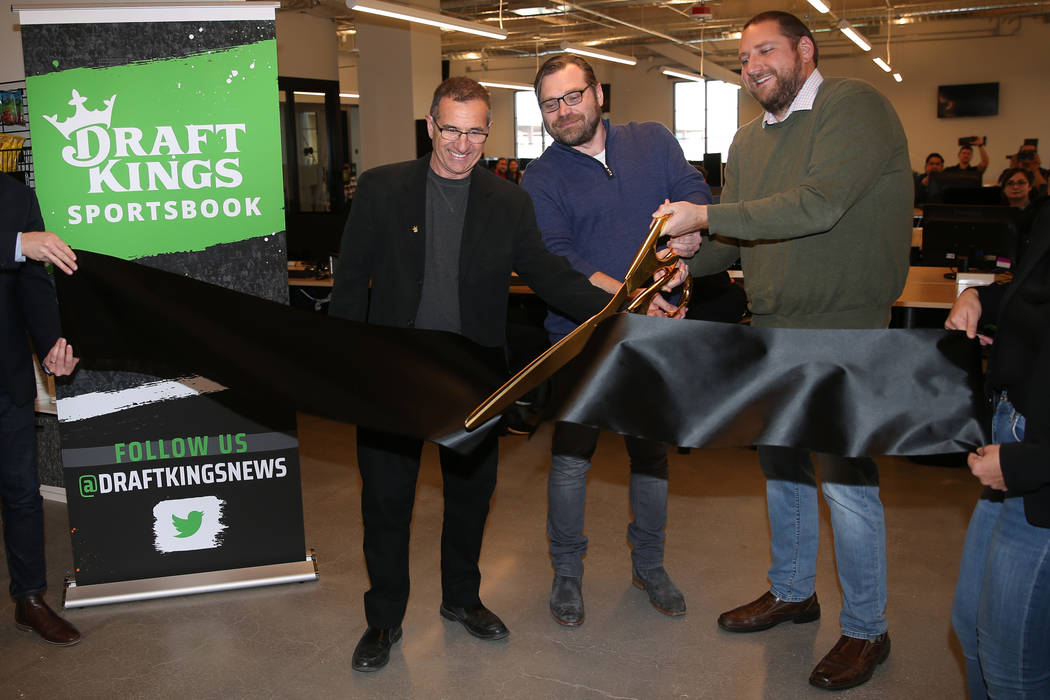 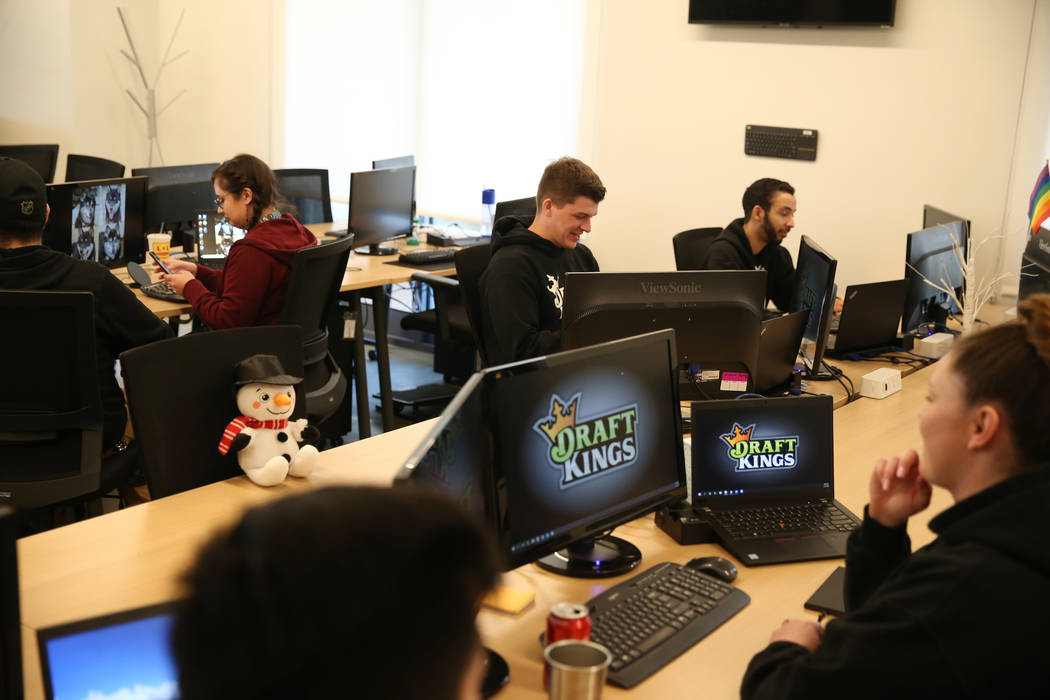 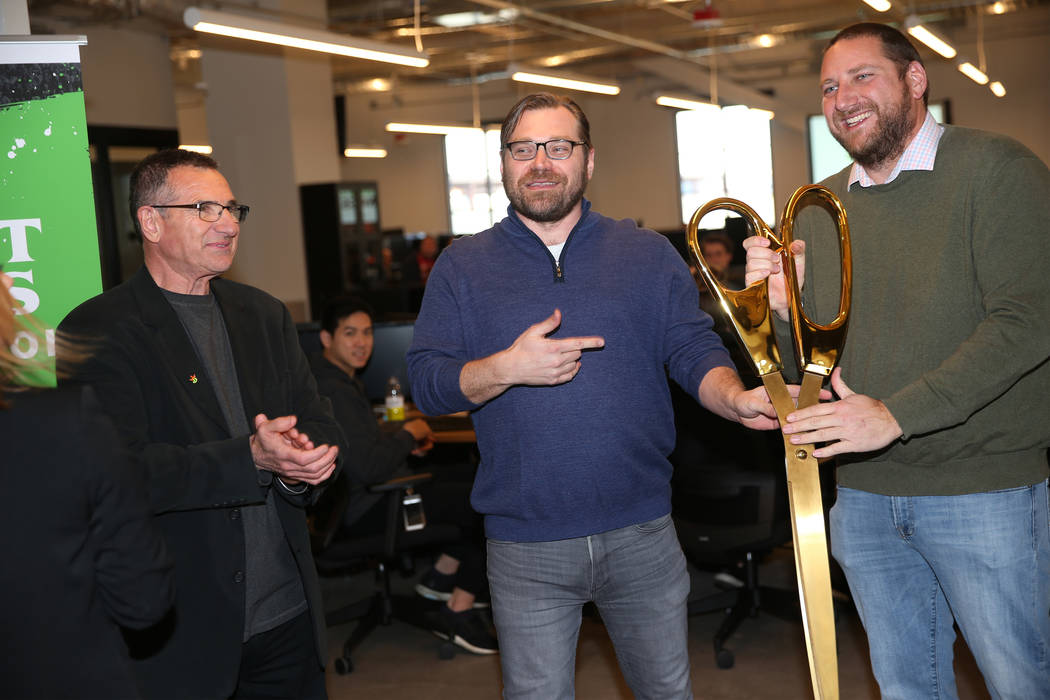 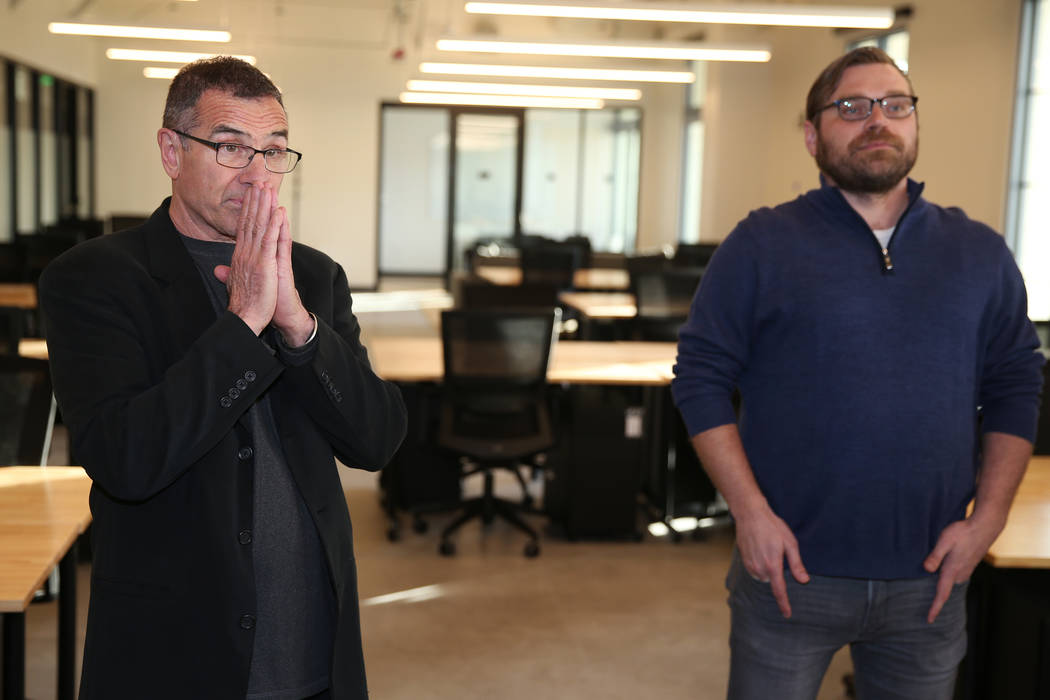 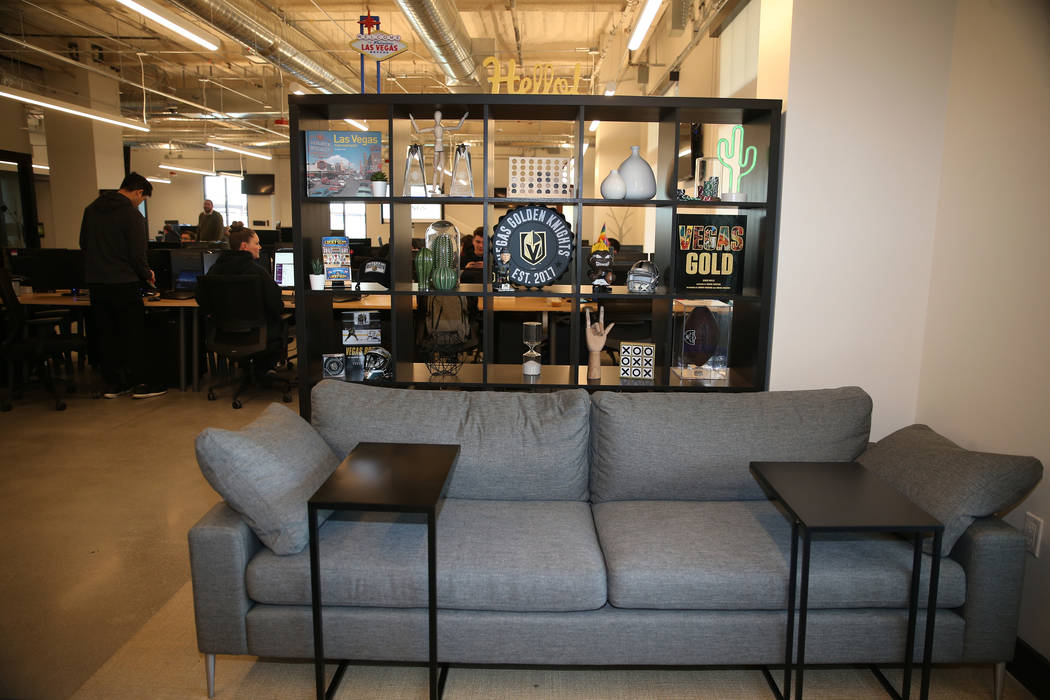 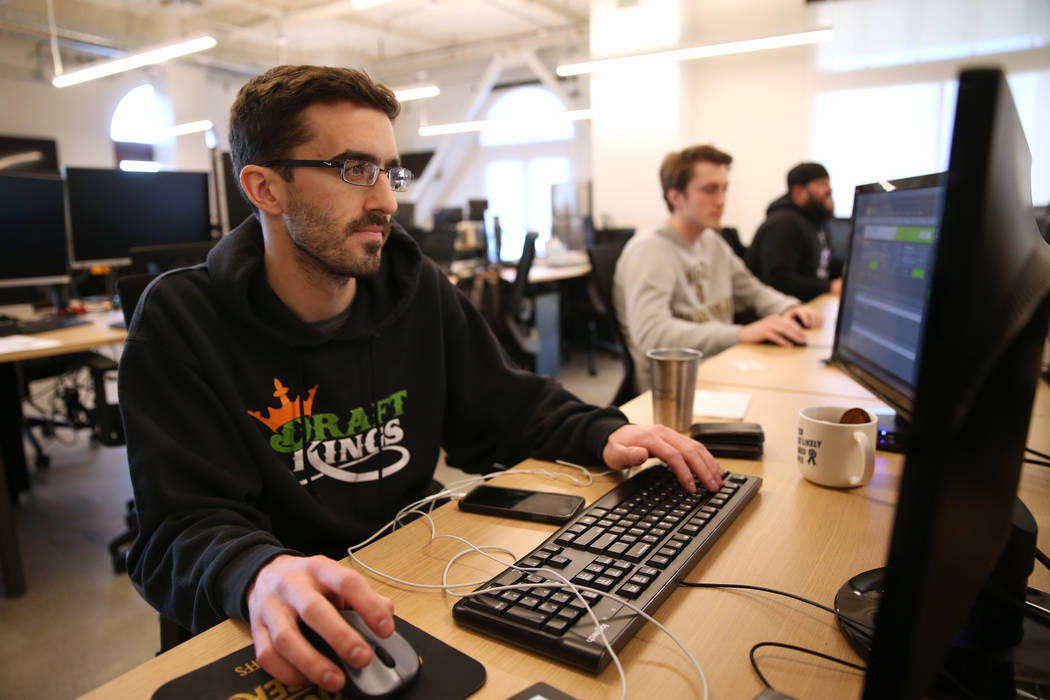 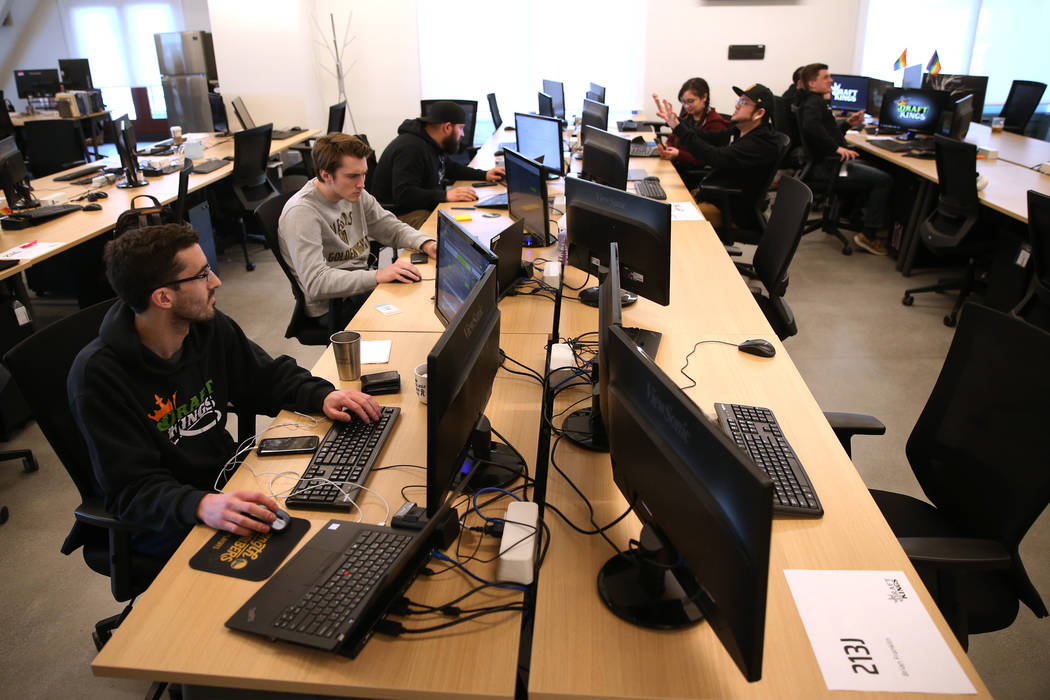 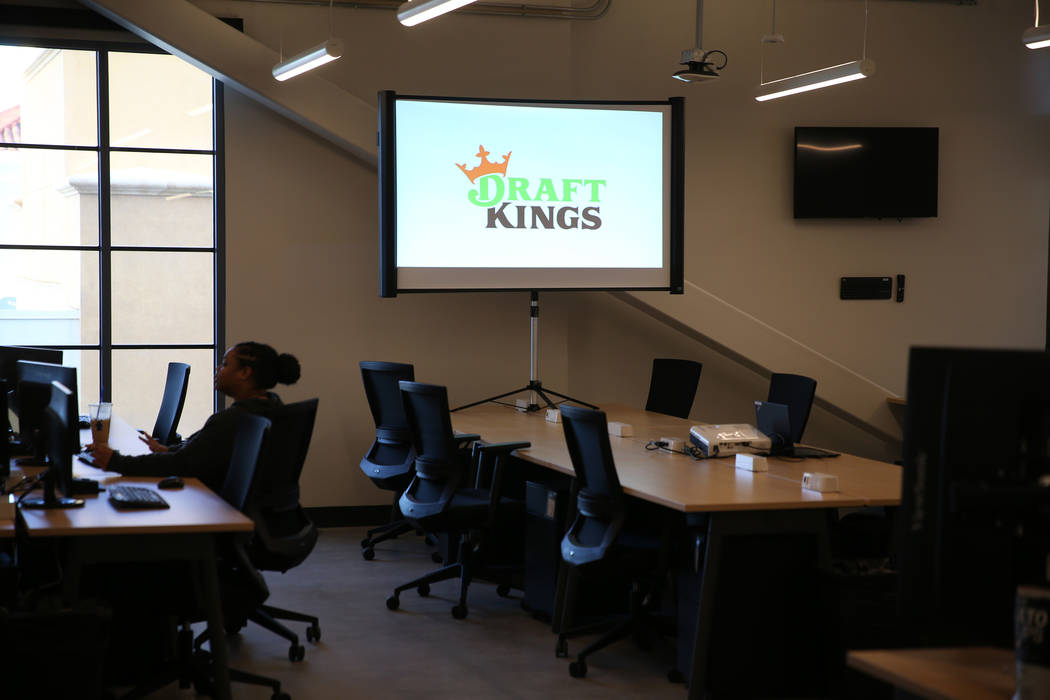 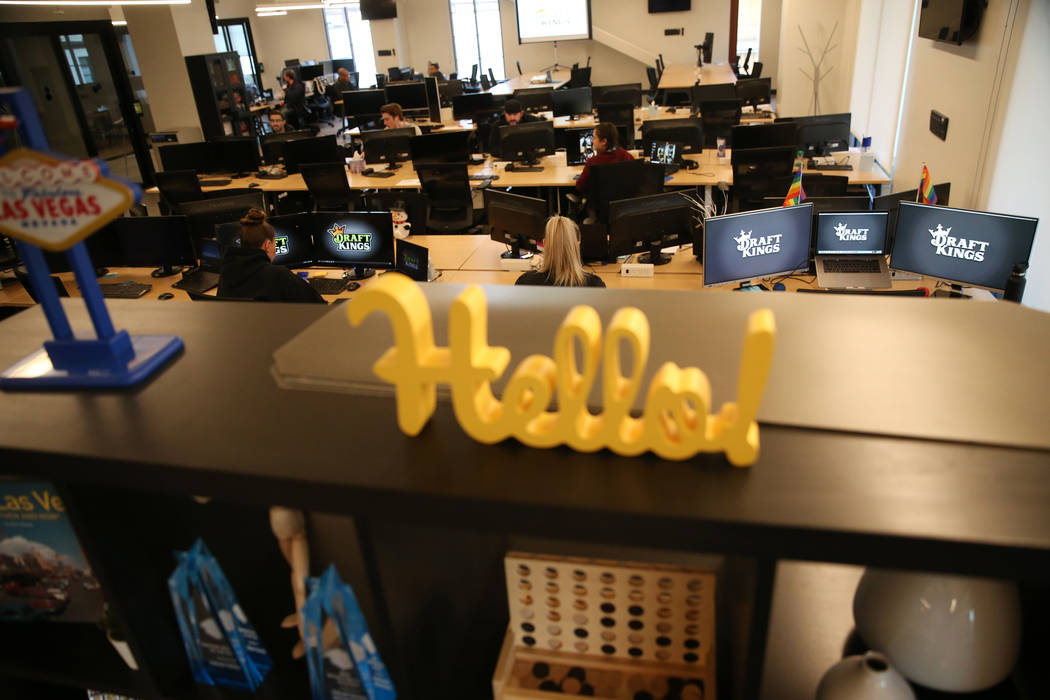 But don’t expect to place a bet or play fantasy sports in Nevada through the company anytime soon.

President and co-founder Matt Kalish and DraftKings race and sports director Johnny Avello welcomed guests to the office at Town Square Wednesday where 70 employees work and more than 300 will be in place in the months ahead.

The company moved in Monday, establishing a back-of-the-house call center dedicated to customer experience, fraud, casino, sportsbook traders, human resources and information technology. When fully operational, the DraftKings’ Las Vegas office will be the second largest in the country behind the Boston operation.

Kalish indicated the company hasn’t determined how it intends to pursue a retail outlet or become licensed to operate in Nevada, instead focusing on growing the company’s presence.

Unlike other states, Nevada requires an individual to appear in person to sign up to establish a mobile gaming account and DraftKings’ hasn’t done that, but has options with agreements in other states with Caesars Entertainment Corp. and Penn National Gaming Inc.

Known for his entertaining odds on the Academy Awards, Avello indicated New Jersey plans to post odds on the Hollywood awards show in the next few days.

DraftKings leases flexible workspace from WeWork at Town Square and Kalish and Avello showed off the multiple work areas new employees can move into as the company expands.

DraftKings has been interested in operating in Nevada for nearly five years.

The state Gaming Control Board, acting on an opinion issued by former Attorney General Adam Laxalt in 2015, determined that daily fantasy sports contests are a form of gambling and regulators said that required DraftKings and its smaller rival, FanDuel, to be licensed to operate sports pools in the state. Representatives of both companies unsuccessfully tried to persuade the Nevada Gaming Policy Committee to recommend establishing a special fantasy sports license to the Nevada Legislature.

Since then, DraftKings announced a multi-state partnership with Caesars last February. Under terms of that agreement, Caesars is offering DraftKings market access for its online gaming products, subject to passage of applicable laws and the parties securing applicable gaming licenses.

Caesars has an exclusive marketing agreement with the National Football League, which has endorsed fantasy sports as a skill game and not gambling.

When New Jersey adopted sports wagering in 2018, DraftKings introduced the mobile DraftKings Sportsbook and became the market leader in its first months of operation as the state’s first mobile provider. By December 2019, FanDuel had surpassed DraftKings by gross gaming revenue.

DraftKings’ partnership with Caesars could result in new growth in the months ahead with Caesars on the verge of merging with Reno-based Eldorado Resorts Inc. Once the companies combine in a proposed $17.3 billion deal that already has been approved by shareholders of both companies, the new Caesars would operate nearly 60 properties in 18 states, many of them that allow sports wagering. Regulatory approval is still required from the Federal Trade Commission and several state gaming regulators.

The deal is expected to close in the first half of this year.