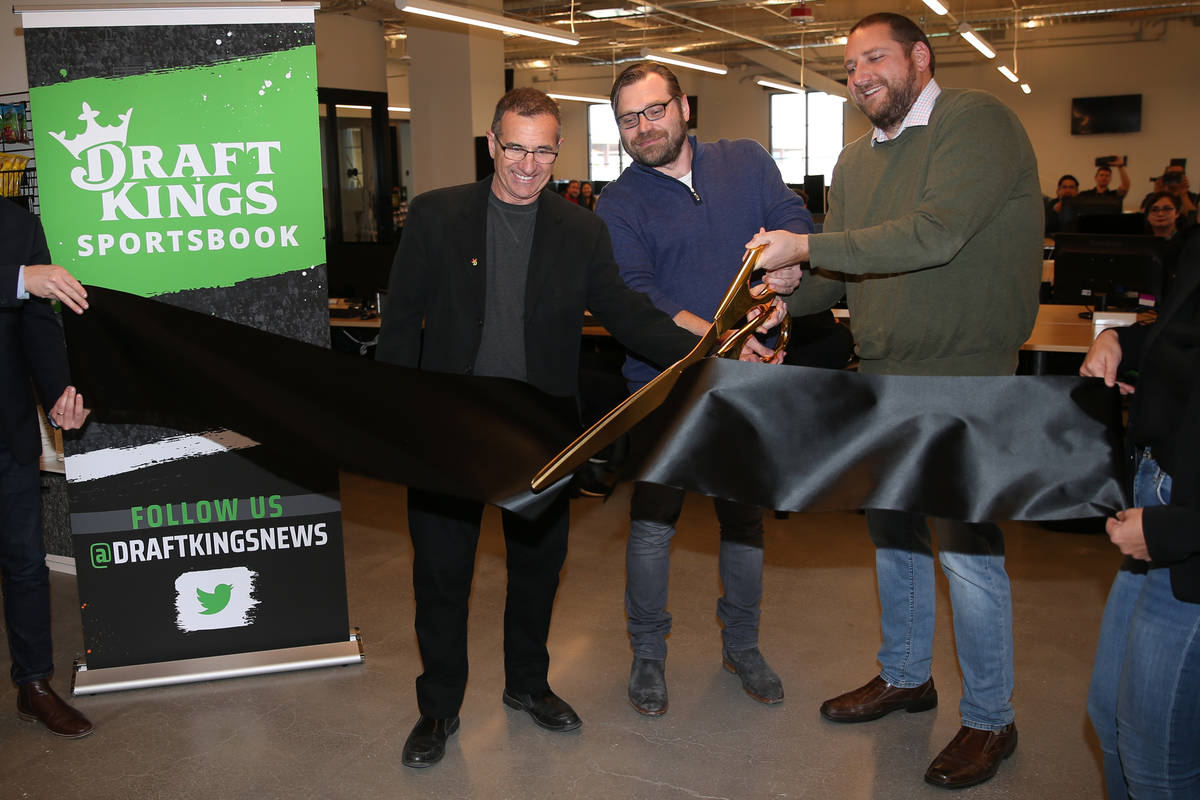 The daily fantasy sports company has entered a multiyear agreement with UNLV to become a primary sponsor of its Center for Gaming Innovation, inside the university’s International Gaming Institute.

The deal includes the opening of a DraftKings Gaming Innovation Studio on campus, which is meant to build a pipeline of local talent and innovations to the company and strengthen its ties to Las Vegas, according to a Wednesday news release.

The university’s Fulton Building also will feature DraftKings Gaming Innovation Studio signage and DraftKings branding as part of the agreement.

“UNLV is a world class institution and, like DraftKings, is a leader in developing the next wave of technology in the gaming industry,” said Paul Liberman, co-founder and president of global technology and product at DraftKings. “The talented students in this program are learning skills that we covet.”

The announcement follows the opening of a 300-person DraftKings Las Vegas office in January, its second-largest office in the country behind its Boston headquarters.

Liberman said DraftKings continues to grow its employee base in Las Vegas, and believes working with UNLV will allow the company to “deepen (its) footprint in the Las Vegas community.”

“Las Vegas has long been the gaming center of the world, and as a leader in the online and mobile space for real money games in the United States, it makes sense for us as a company to have a strong presence in the region,” he said.

Liberman did not provide details on whether the company is pursuing a retail outlet or looking to become licensed in Nevada, but he said DraftKings is looking to get its product in the hands of customers “in every regulated state possible.”

The company has so far not applied for a gaming license after the Nevada Gaming Control Board ordered a “cease and desist” in 2015 that said daily sports fantasy sites are considered sports wagering under Nevada law, and DraftKings would not be permitted to operate in the state without a license.

“DraftKings has years of experience developing strong relationships with elected officials and regulators in numerous jurisdictions, including Nevada,” Liberman said. “Our company works tirelessly to enter new markets at the earliest opportunity.”

Daniel Sahl, director of IGI’s Center for Gaming Innovation, said the studio should expand the scope and output of UNLV’s gaming innovation program and provide students the opportunity to collaborate with professionals and turn ideas into viable casino games.

“Now more than ever, we are delighted to collaborate with a company that is well-known for embracing innovation in gaming,” Sahl said in the release. “This collaboration will help ensure that Nevada remains the global leader in gaming development and manufacturing — both now and in the future.”