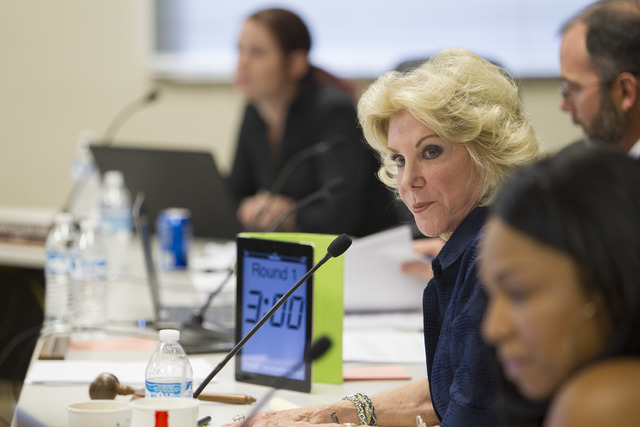 Elaine Wynn has asked the Nevada Supreme Court for whistle-blower protection for disclosures she made to Wynn Resorts Ltd.’s audit committee and outside auditor, Bloomberg News reported Friday.

The disclosures involve what she said were possible securities law violations by the casino company, Bloomberg said in a story on its website.

In her petition, Bloomberg reported, Wynn said Thursday that a Las Vegas trial judge’s refusal to grant her whistle-blower protection exposes her to retaliation by Wynn Resorts and Steve Wynn, the founder and chief executive officer of the company.

Elaine Wynn, former wife of Steve Wynn, is seeking to relieve restrictions on her ability to sell her more than $900 million stake in Wynn Resorts.

According to Bloomberg, Elaine Wynn said in her Supreme Court petition that she wrote in July to the audit committee and to Ernst &Young, the outside auditor, “raising questions about the conduct of Wynn Resorts and its management that she reasonably believed violated federal securities laws.”

“Our company takes its obligations under all federal laws very seriously and is frustrated when those laws and valid protections are twisted and used to pursue a personal agenda,” Michael Weaver, a spokesman for Wynn Resorts, told Bloomberg.

Weaver told Bloomberg that the trial judge ruled that Elaine Wynn isn’t a whistle-blower entitled to the protections afforded under the Sarbanes-Oxley or Dodd-Frank laws.