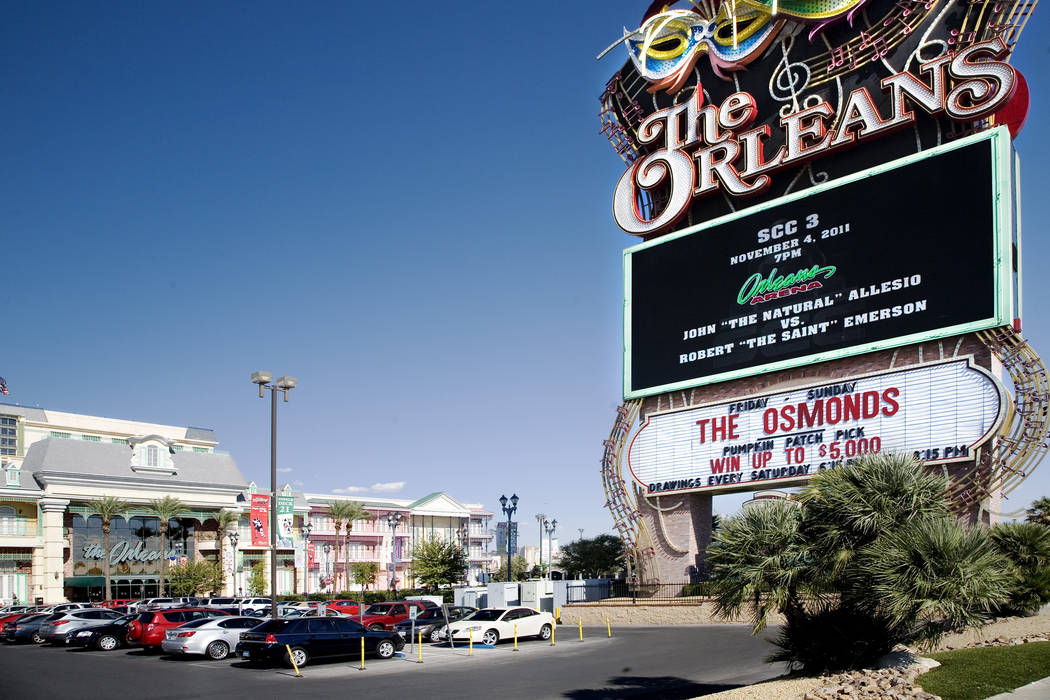 The exterior of The Orleans hotel-casino at 4500 West Tropicana Avenue, in Las Vegas, is shown on Tuesday, Oct. 25, 2011. (Las Vegas Review-Journal file)

The family of a Fairfax, Virginia, man who died after falling off an escalator at The Orleans filed a wrongful death lawsuit on Feb. 15 against the Boyd Gaming Corp. property.

Paul Neiswander, 63, died in Las Vegas in November 2017 after falling from an escalator leading down into the resort’s casino, according to the suit.

According to the Clark County coroner’s office, Neiswander died from hypertensive cardiovascular disease and blunt head trauma due to a fall. His death was ruled an accident.

The suit claims that The Orleans and Otis Elevator Co., which supplied the escalator, were negligent in maintaining the escalator and ensuring that its parts were properly installed.

A spokesman for Boyd Gaming said the company does not comment on pending litigation, as did a spokeswoman for Otis.

The family is asking for more than $15,000 in damages, as well as medical and funeral expenses, attorneys’ fees and punitive damages.