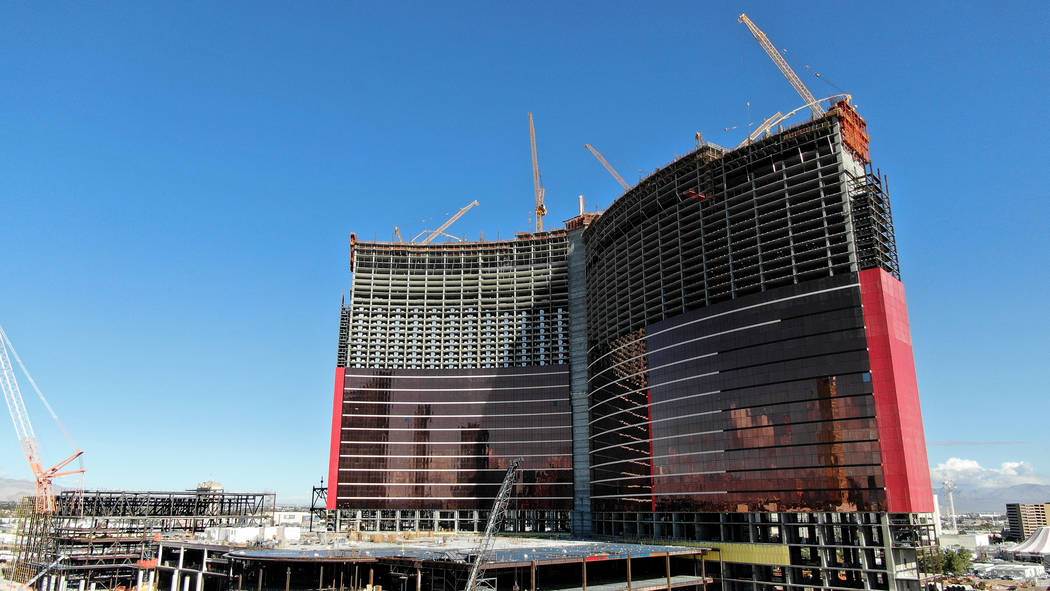 An aerial photo of the Chinese-themed Resorts World Las Vegas under construction on the former site of the Stardust,Thursday, March 7, 2019. (Michael Quine/Las Vegas Review-Journal) @Vegas88s

Sibella was president and chief operating officer of MGM Grand for the past eight years. He left the company as part of MGM 2020 cost-cutting measures.

Sibella also served as president and chief operating officer of The Mirage and Treasure Island.

Sibella replaces Edward Farrell, who was named president of Genting Americas, the Genting Group’s U.S.-based corporate entity that oversees development and operations in New York, Florida, Massachusetts and the Bahamas.

The UNLV College of Hospitality graduate is chairman of Las Vegas Events, the private events-scheduling arm of the Las Vegas Convention and Visitors Authority, and is a member of the board of directors of Opportunity Village.

Upon leaving MGM, Sibella last month signed on as an adviser to Resorts World Las Vegas and a consultant to its construction manager, W.A. Richardson Builders.

“Scott has a wealth of experience in both development and operations, which will ensure that Resorts World Las Vegas is successfully built and operated,” said Hui Lim, deputy CEO of the Malaysia-based Genting Group, the parent company for Resorts World.

“The project is now fully financed, and construction continues to ramp up,” Lim said in a statement. “As we now turn our focus to eventual operations, Scott will oversee a smooth opening and ensure Resorts World Las Vegas is run efficiently while providing a world-class guest experience.”

Resorts World, being built on the former site of the Stardust, will have 3,400 rooms and an Asian theme. The project’s two 59-story towers have reached 55 floors and the project is expected to be topped out this summer. A soft opening of the resort is currently set for the end of 2020.

“It’s a tremendous honor to be selected to spearhead one of the most exciting developments on the Las Vegas Strip in recent memory,” Sibella said in a statement issued by the company.