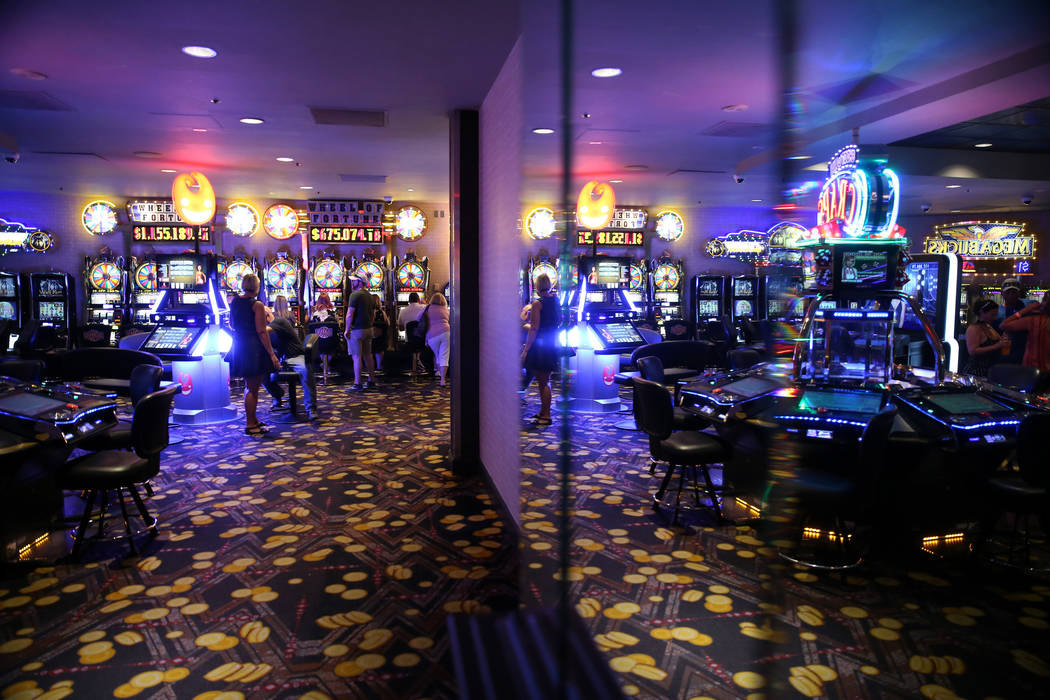 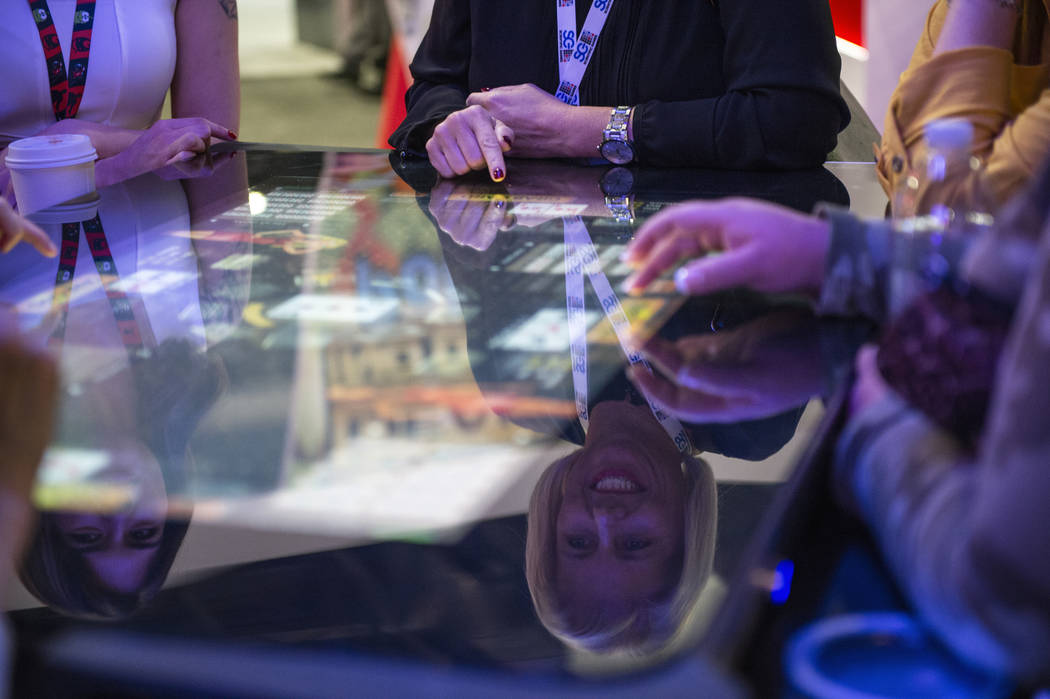 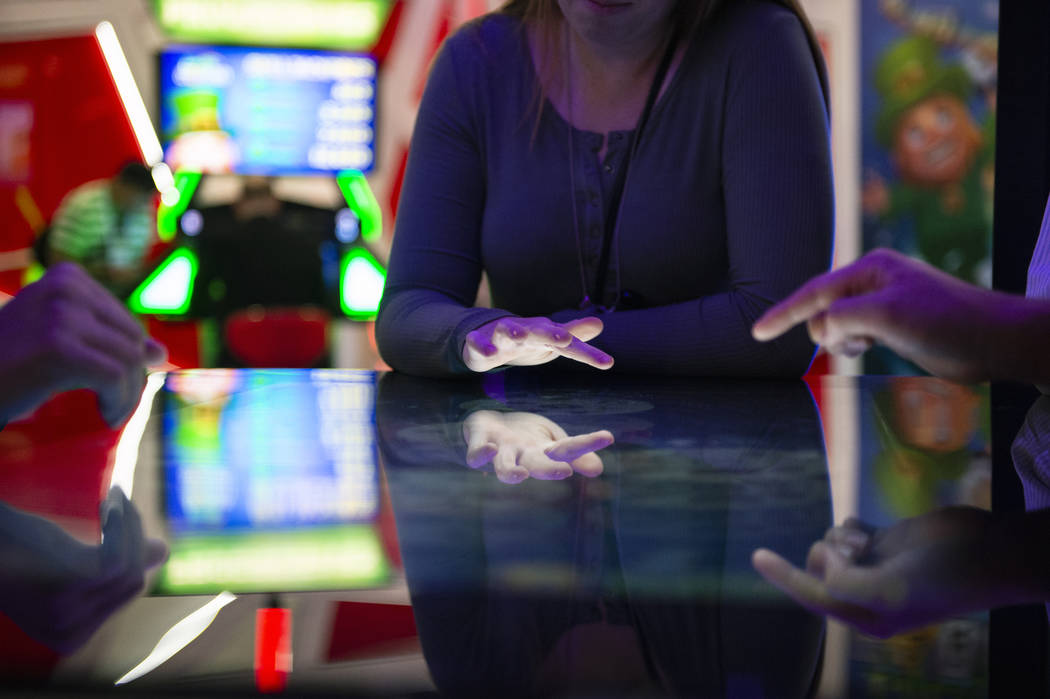 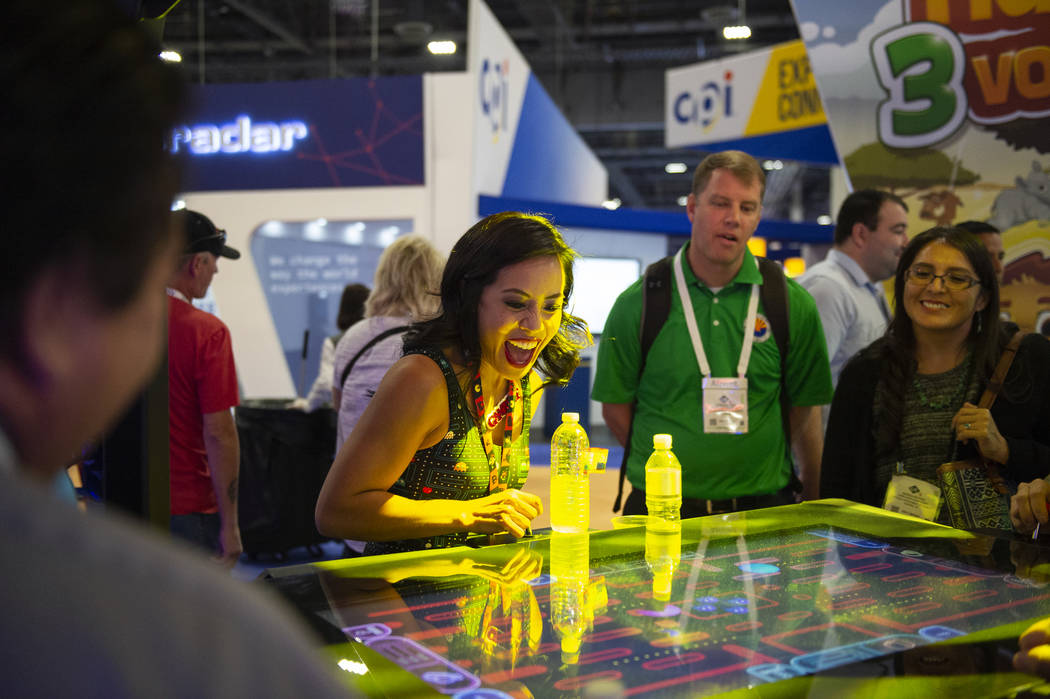 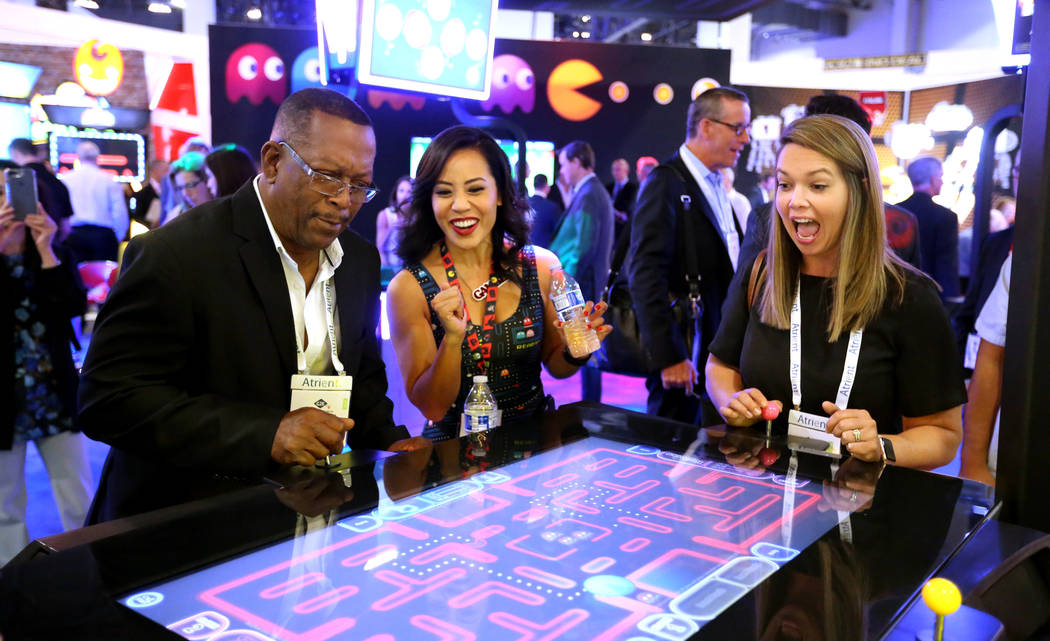 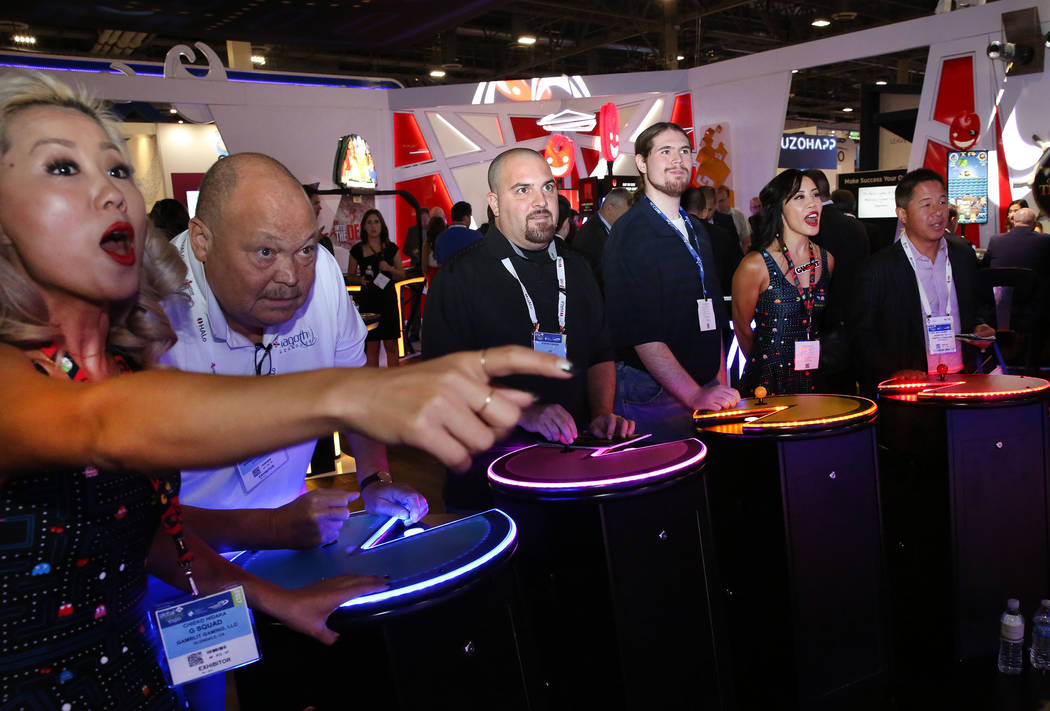 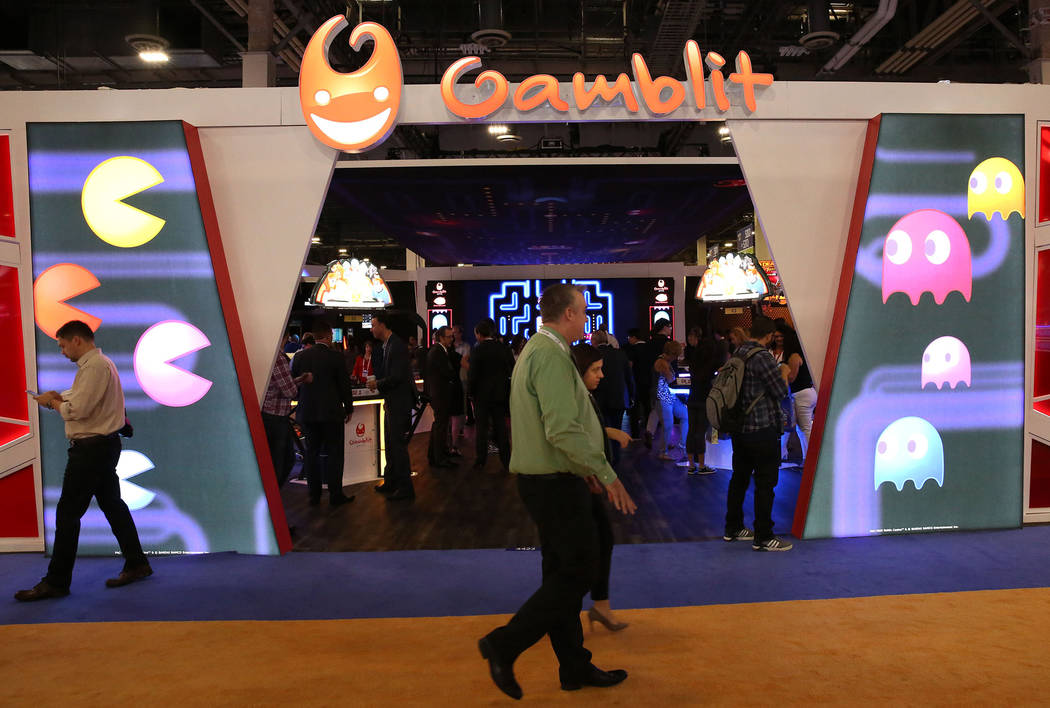 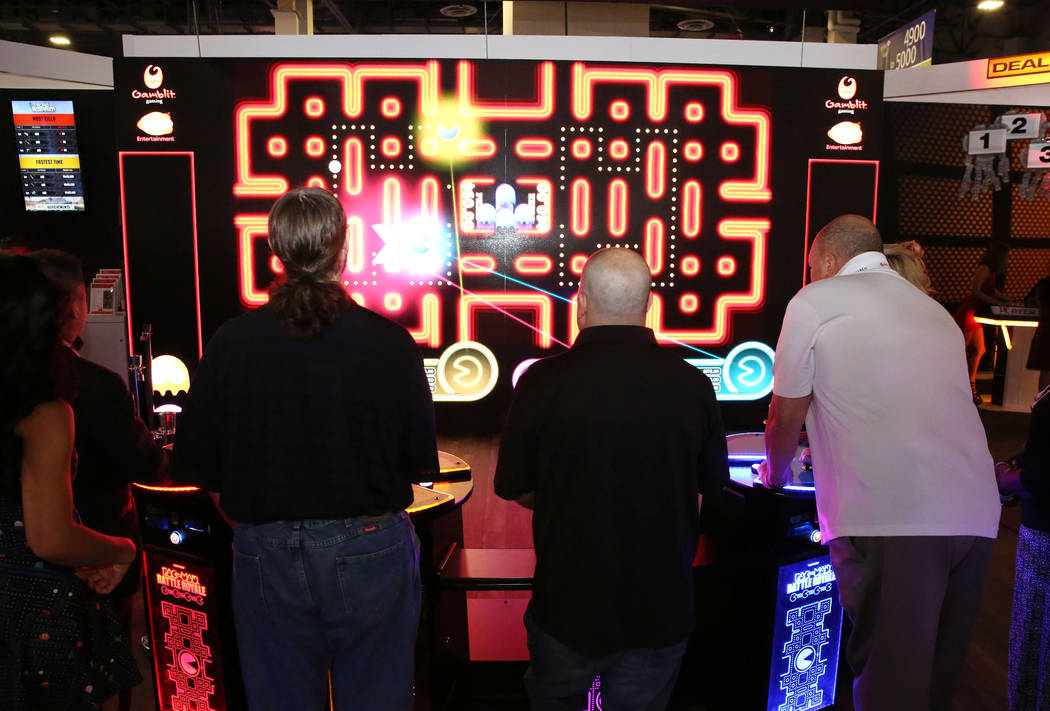 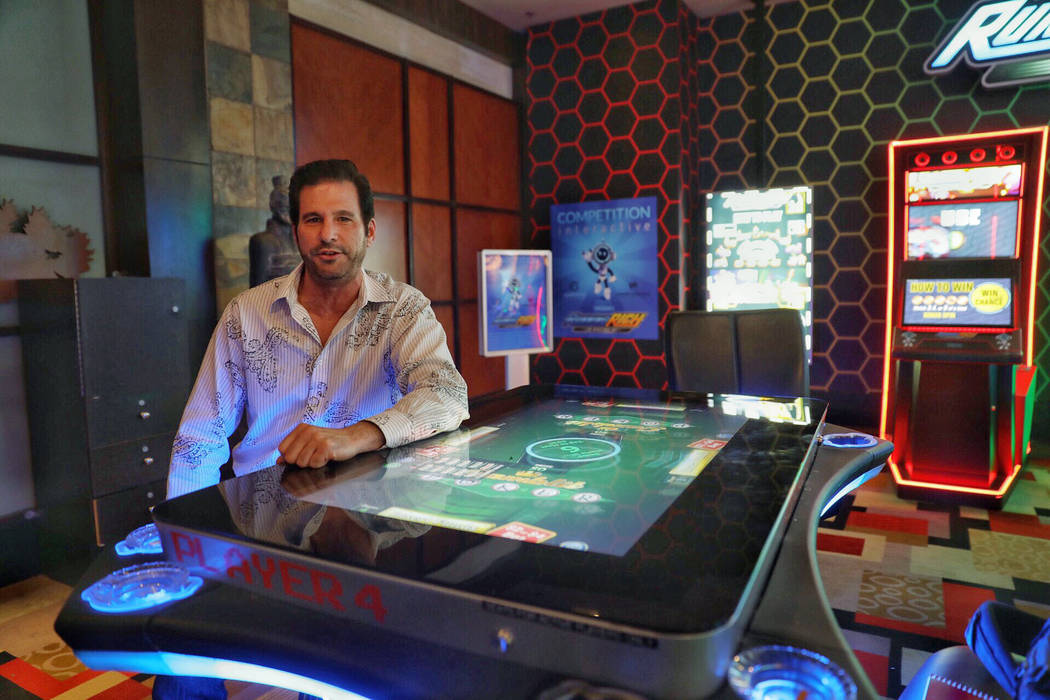 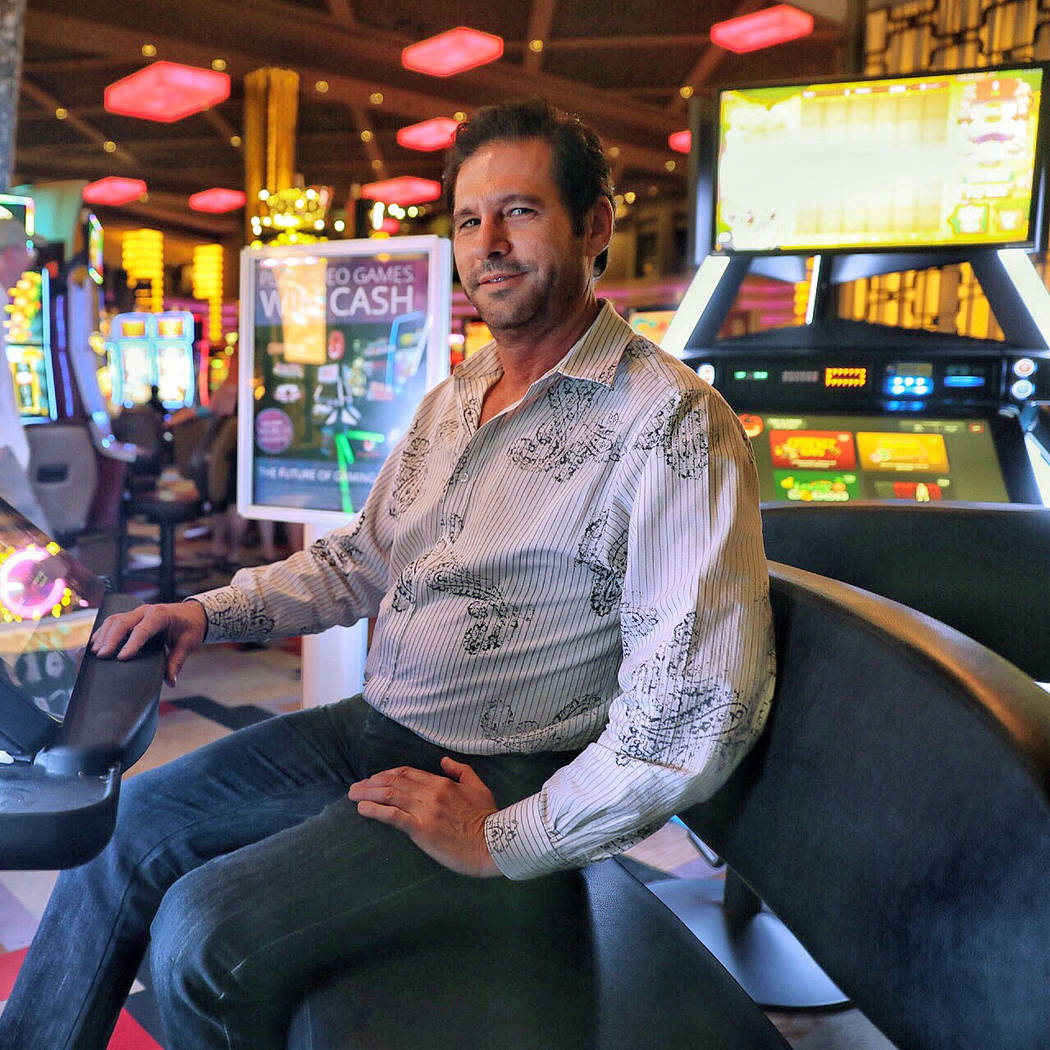 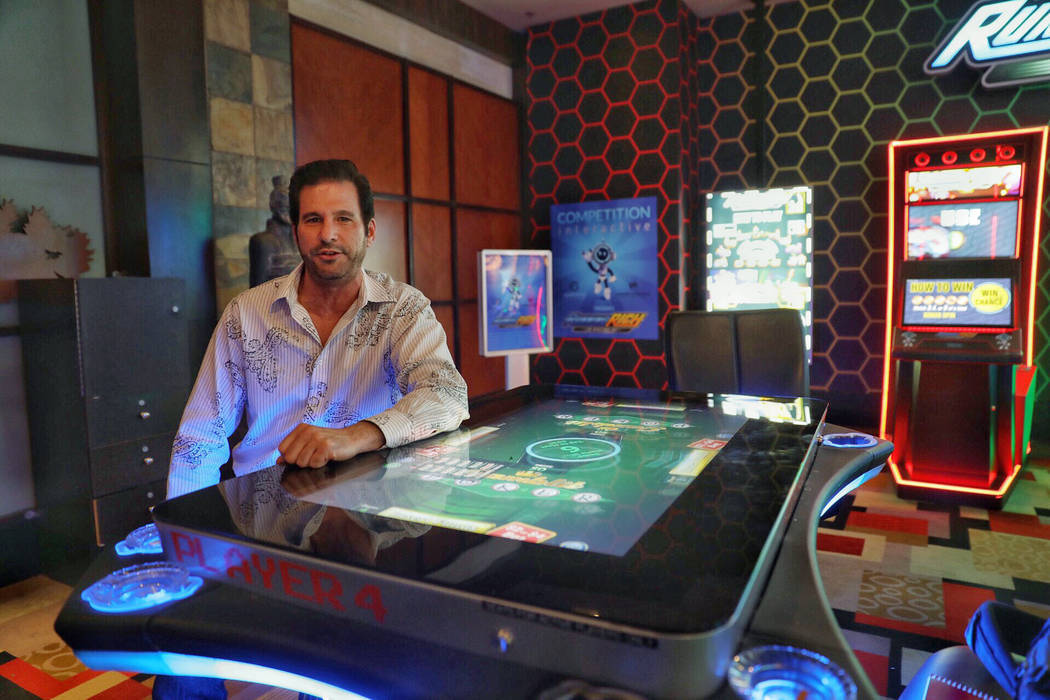 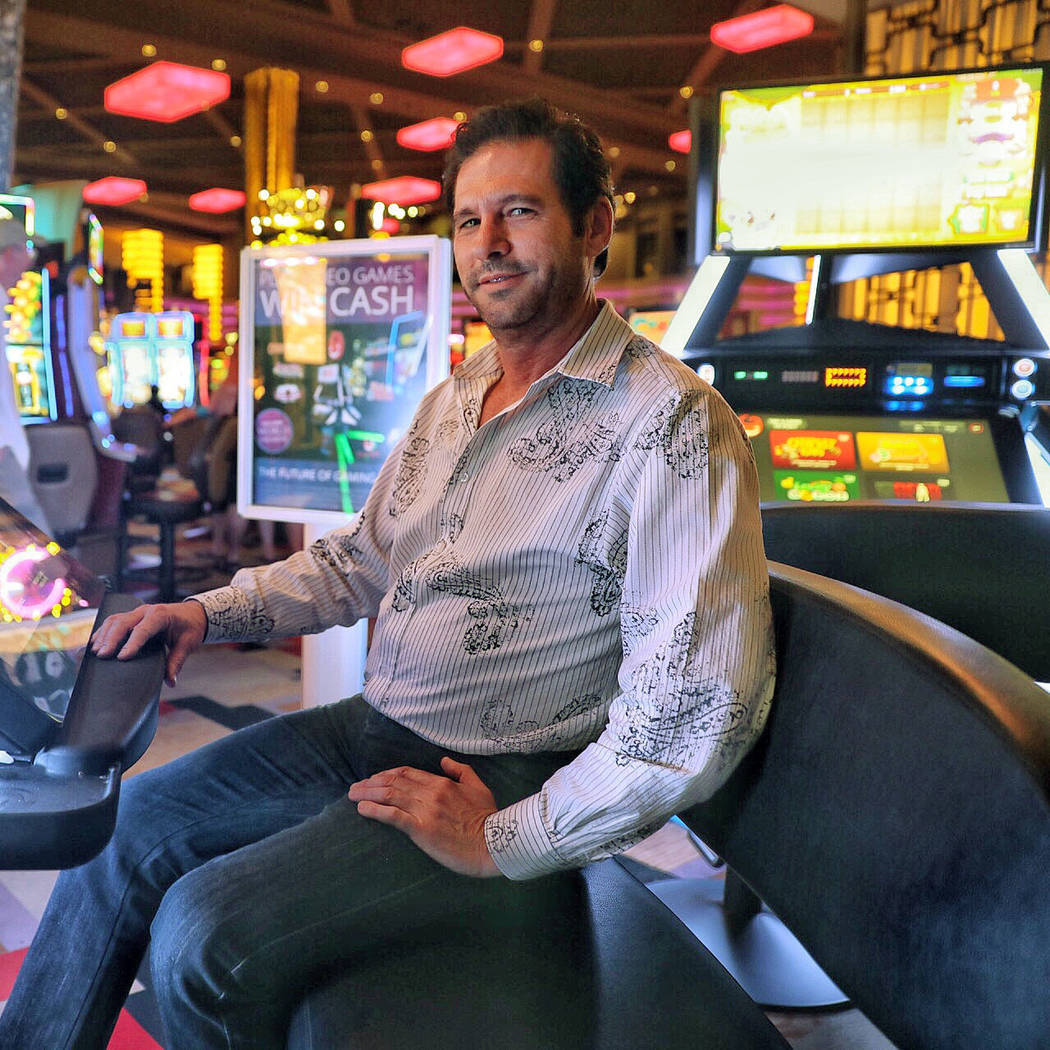 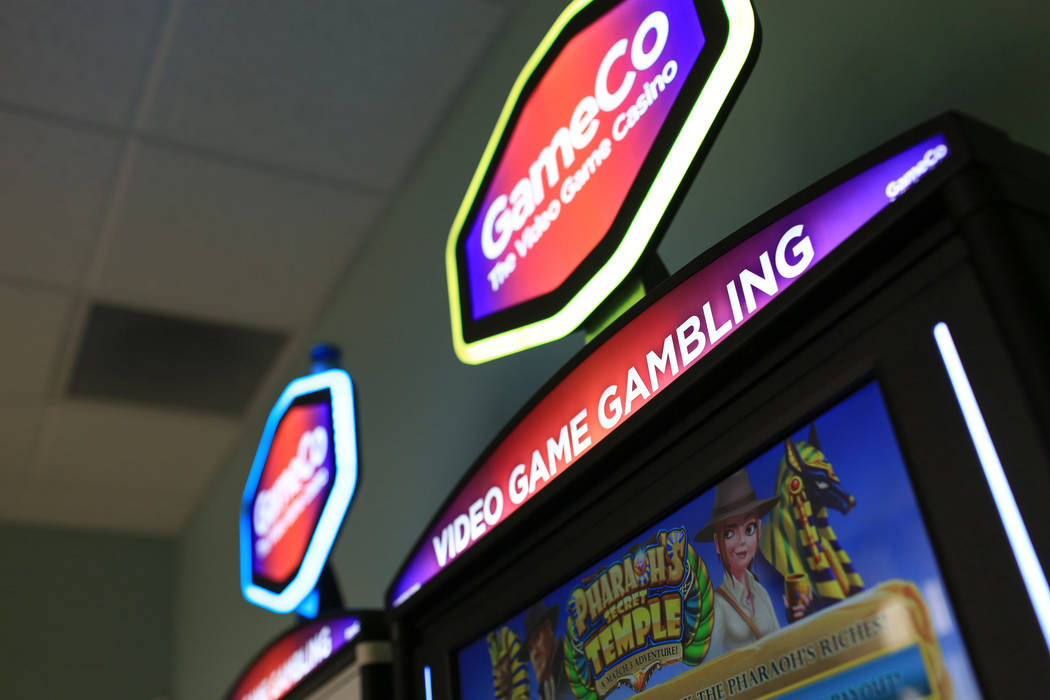 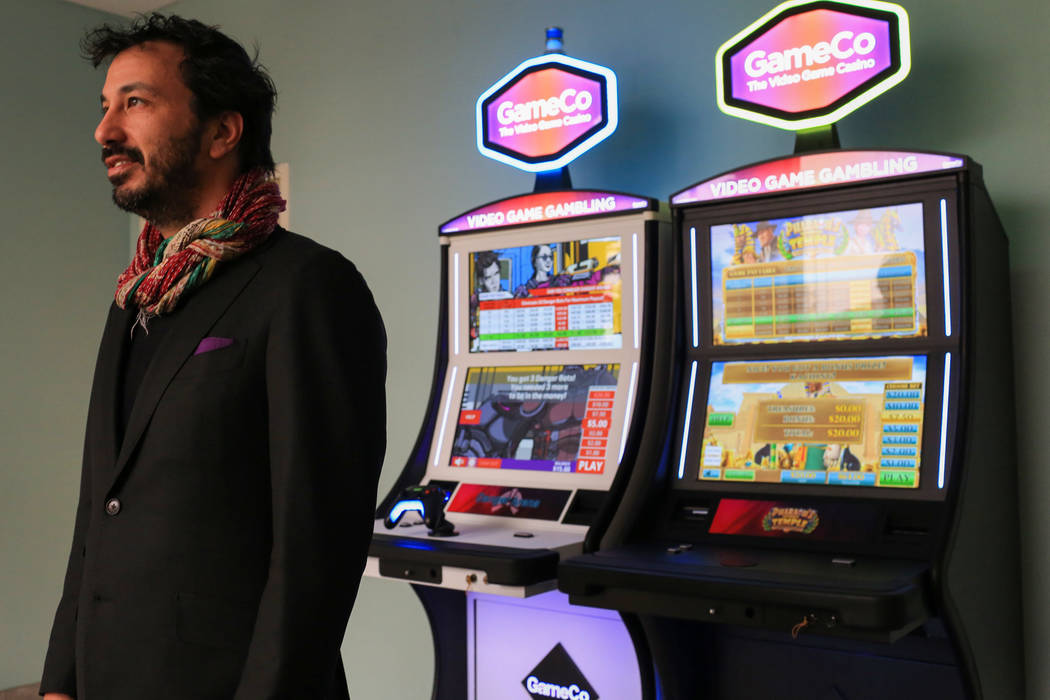 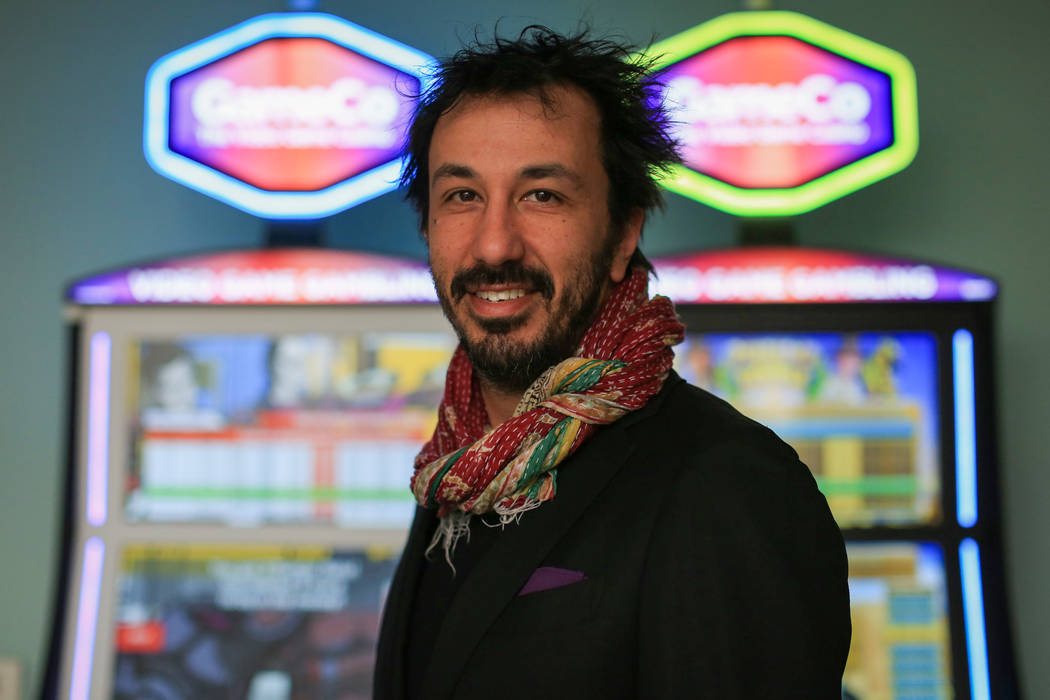 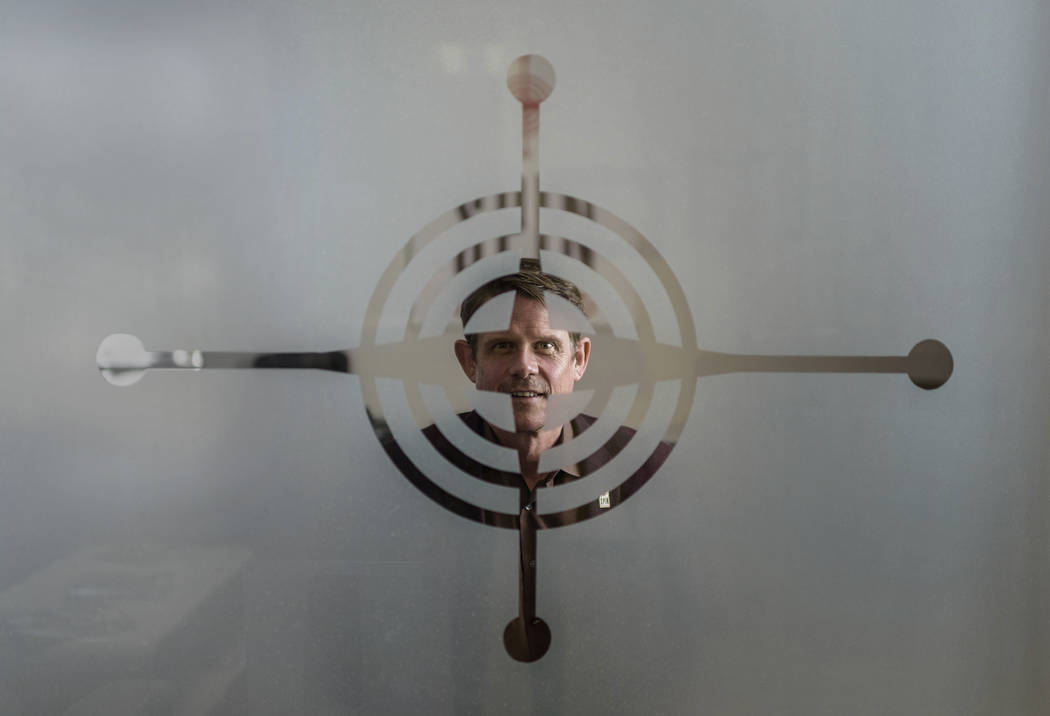 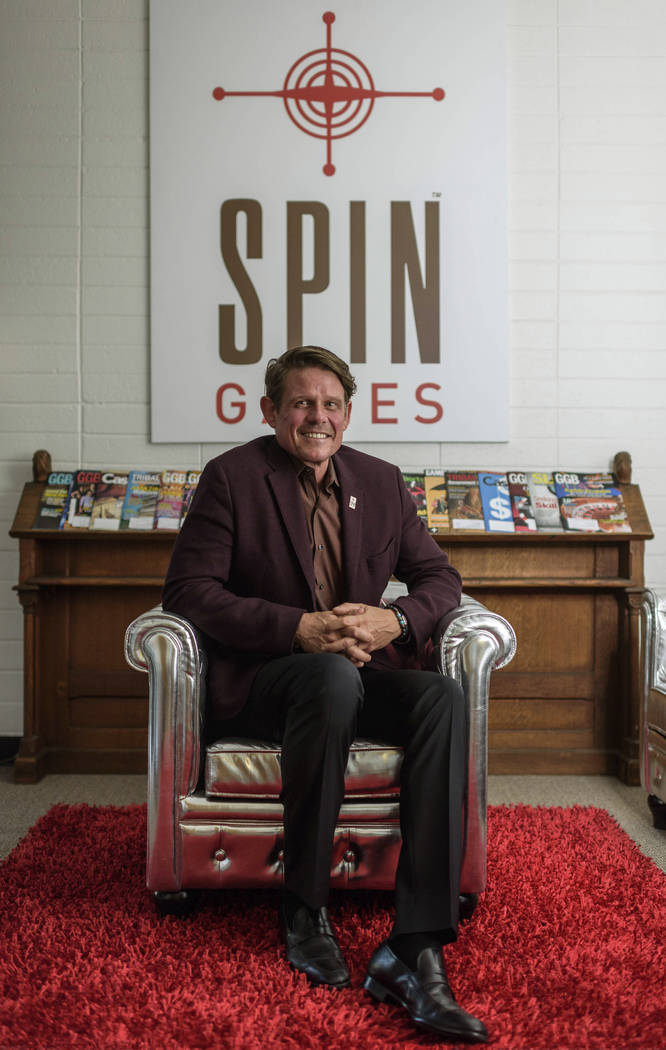 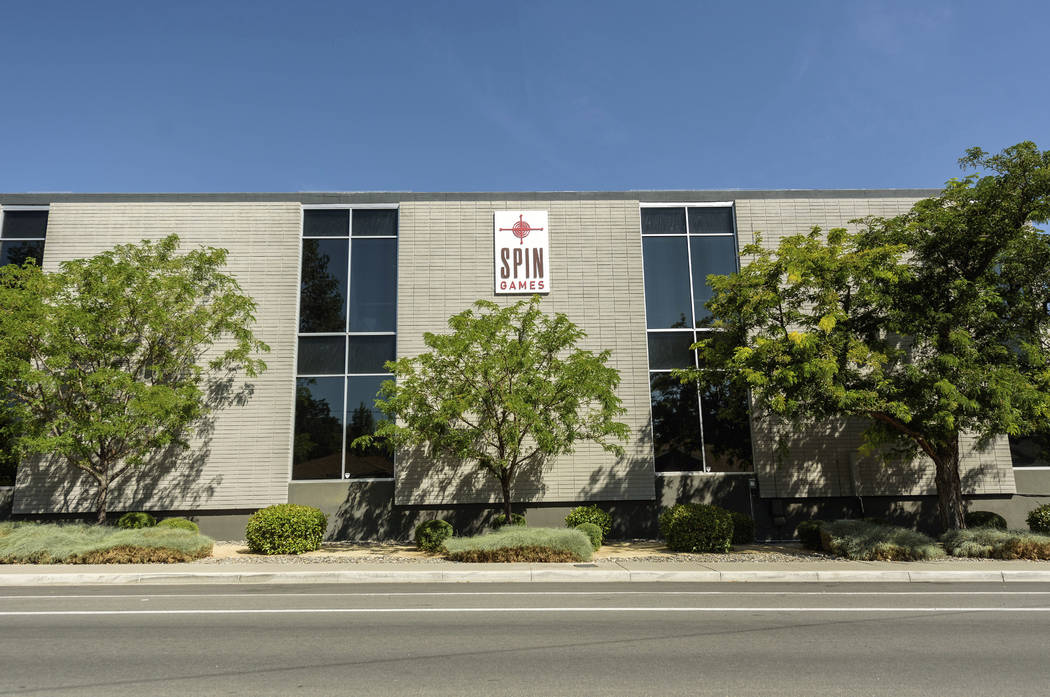 Kent Young started Spin Games in 2013. Since then, the Reno-based digital gaming company has expanded to New Jersey, Pennsylvania, Canada, the United Kingdom and Europe, and it is continuing to enter new markets.

The growth has come at a price. Spin Games and its executives must obtain a gaming license in each new jurisdiction — a process that has cost hundreds of thousands of dollars over time. Other companies have paid upward of $1 million to get gaming licenses.

Some executives say outdated regulations and licensing procedures are stifling startups that could bring much needed innovation to a stagnant industry.

“It’s not an easy industry to step into and start making money,” said Young, who previously held executive positions with Aristocrat Technologies and Aruze Gaming. “The entrepreneurial side is not as prevalent as other industries because of our regulatory environment.”

John Acres, founder of the Las Vegas-based gaming technology company Acres 4.0, said it operates in about 20 different markets, meaning he’s had to fill out forms, pay fees and undergo investigations to obtain a gaming license about 20 times.

It’s a long process, he said, with some investigations taking upward of a year to complete.

The process requires applicants to submit detailed personal and financial information, followed by a background check and in-person interview. Companies can spend hours filing out forms for the process — Young said some can take months to complete if information needs to be tracked down. Those hurdles could hold back innovation the industry, he said.

“It’s fair to say the entrepreneurial side is not as prevalent as other industries because of the regulatory environment,” Young said. “Generally speaking, the industry is conservative when it comes to innovation.”

Barth Aaron, a founder of license application software company Innovum Technologies, said a lack of innovation is keeping the gaming industry — and its customers — from growing.

“If you look at who’s on the gaming floor today … you don’t see a lot of millennials,” Aaron said. “The older people are starting to disappear, and there’s not a replacement customer out there. … There needs to be innovation. There needs to be things on the casino floor that will attract millennials.”

A 2012 study from Oregon State University found the most common profile of a slot machine player was female and between the ages of 55 and 60. Last year the average Las Vegas visitor’s age was 45, according to the Las Vegas Convention and Visitors Authority.

When Young began searching for funding from venture capitalists, he said he was fortunate to already know people within the gaming industry who were willing to invest.

Other startups aren’t so lucky.

Venture capital funds are the lifeblood for many startups. Investors usually provide this funding at the earliest stages of a company’s life cycle, when there may only be an idea or prototype. These funds typically take a significant stake in the startup.

But Acres said some venture capital funds balk at giving money to gaming entrepreneurs. These startups spend a large portion of the funding on applications and exhaustive background checks — money that could be spent on hiring talent and building products.

“The licensing thing scares away a lot of investors,” he said. “A lack of growth in the marketplace … scares away the rest of them.”

That is creating a vicious investment cycle, according to Blaine Graboyes, founder of GameCo, the first U.S. maker of video game gambling machines.

Licensing regulations vary state by state. In Nevada, anyone with a stake of more than 5 percent in a private gaming company must be licensed. Passive investors who own 5 percent or less can register with the Nevada Gaming Control Board in lieu of licensing.

For public companies, shareholders holding more than 10 percent must go through an investigative process. Passive qualified institutional investors owning 25 percent or less can apply for a waiver.

The licensing process can be daunting to venture capitalists, especially when companies like GameCo aim to place their machines in dozens, if not hundreds, of jurisdictions.

“Sometimes they (venture capitalists) don’t want to be licensed because it is very time-consuming and costly,” Graboyes said. “There are many other places where they can invest where they don’t have to be licensed.”

Graboyes and Acres say they are not aware of any venture capital funds targeting the gaming industry. But Leith Martin, executive director of UNLV’s Troesh Center for Entrepreneurship and Innovation, said many funds find a niche industry to invest in — including gaming.

“It’s not a regular business license. It’s a privileged license,” Morgan said. “The historical stigma against gaming has required strict regulations, so you don’t have people … that could take advantage of a patron.”

Morgan said she doesn’t see the regulations stifling innovation. She pointed to advancements in slot machines in recent years — such as the move toward ticket-in, ticket-out payments — and advances in mobile and internet gaming.

“I think the gaming industry is a good example of a constant level of innovation,” she said. But “we have to make sure if someone’s playing a casino game, there are protections in place. … It’s different than (introducing products like) the Candy Crush app on your iPhone. There’s real money involved. You have to be 21 and over to play.”

Young said the licensing restrictions can be a benefit in some ways, such as keeping competition at bay.

“It’s not like opening a coffee shop where anybody can go and do it. This is something that requires some capital and know-how to get licensed. It’s not something anybody can easily do,” Young said. “There are hard barriers to entry, but it’s a good industry once you’re in.”

A.G. Burnett, who chaired the Gaming Control Board from 2012 to 2017, said he has never seen and was never discouraged by a lack of investment in the gaming industry.

Still, he said the gaming industry’s regulations might be a bit of a shock to investors and startups that are used to working in other industries, like technology.

“They’re used to an approach that works in Silicon Valley or elsewhere,” said Burnett, now a partner at law firm McDonald Carano. “Gaming is the most highly regulated industry in the world, and tech companies in general, especially startups, quite simply are not. So when they want to enter into gaming, it’s a bit of a refresher.”

Bill Lerner, an investment banker and co-founder of Union Gaming, agreed licensing is a barrier to raising money but said that is not stopping entrepreneurs who believe they have a lucrative business model from giving it a shot.

And Marcus Prater, executive director of the Association of Gaming Equipment Manufacturers, said he is seeing a “steady flow” of new companies helping to innovate the industry. He noted that AGEM membership has grown from 32 companies in 2008 to more than 170 today.

For example, Nevada regulators adopted amendments in 2016 that allowed companies to place games on Nevada casino floors in beta mode for months at a time. Gamblit Gaming, a skill-based gaming manufacturer, used the beta law to test two of its products on Strip properties in 2017 and 2018.

However, until more changes are made, some startups say they have to roll out their products strategically to avoid burning through cash spent on complying with regulations and licensing fees, according to Adam Fritz, chief operating officer of Canada-based electronic poker game manufacturer Jackpot Digital.

“The guidelines are important but strict, and that makes it very hard to innovate — and innovate on a timeline where you can have a business model that is viable,” he said. “It does create major hurdles for a company our size.”

A previous version of this story incorrectly reported the name of John Acres’ company. The company is called Acres 4.0.