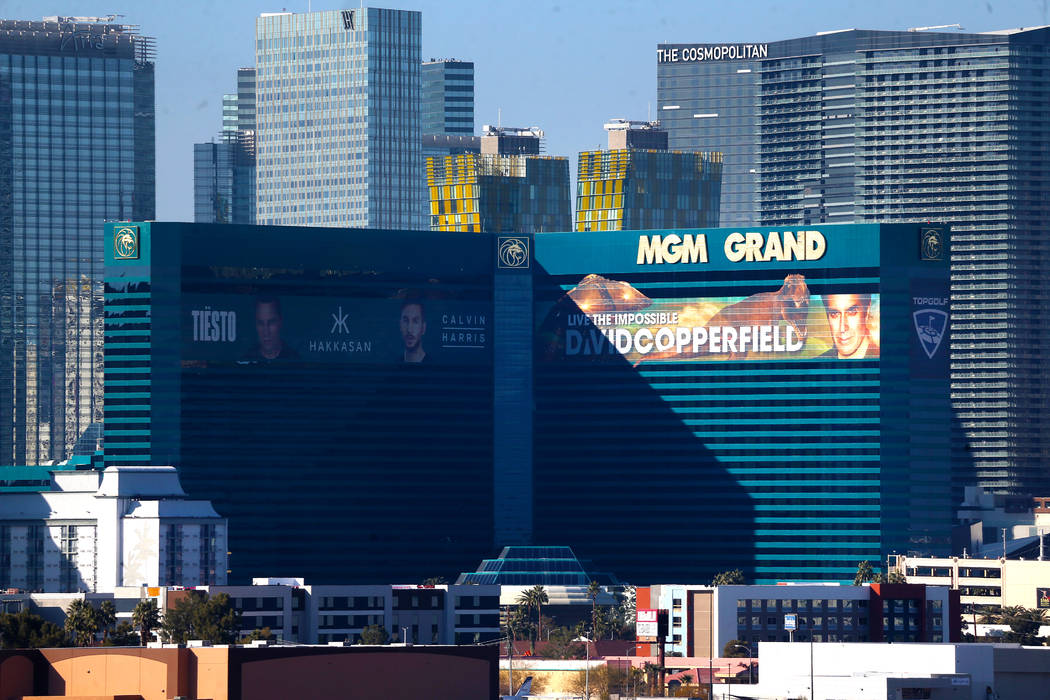 Nothing appears to be standing in the way of MGM Resorts International winning a concession in Osaka, Japan.

MGM, partnering with Japanese financial services company Orix, was the only entity to respond to Osaka’s request for proposal process.

Genting Group, the Malaysian company developing the $4.3 billion Resorts World Las Vegas opening on the Strip in summer 2021, confirmed earlier this month that it won’t pursue building a property in Osaka.

In statements reported by Asian media, Genting indicated that it will not pursue an Osaka resort and will focus instead on a proposal for Yokohama.

It follows Las Vegas Sands Corp., Wynn Resorts Ltd. and several other Asian companies that have formally stepped away from developing in Osaka. Caesars Entertainment Corp. also bowed out of the Japan competition because its new owner, Eldorado Resorts Inc., wants to focus more on domestic regional gaming and not internationally.

Japan is set to issue three gaming licenses this year, but the government has not said in which cities those integrated resorts will be. Analysts are convinced that Osaka will be the site for one, with Tokyo, Yokohama and Nagasaki vying for another.

Gaming analysts say events have put MGM in the driver’s seat for an Osaka project while intensifying competition for a second integrated resort in another city.

Osaka, whose government leaders have supported development of a resort for years, hopes that a resort can open by 2025, when the city plays host to a World Expo.

In addition to partnering with Orix, which has an Osaka office, MGM has invested time and money in the city and has called attention to its efforts in its arrangement last year to have professional baseball’s Oakland Athletics wear “MGM Resorts Japan” patches when they played two regular season games against the Seattle Mariners in Japan.

MGM issued an optimistic statement regarding its relationship with Osaka.

“We feel that we will produce a strong proposal to the city of Osaka and look forward to working through this process over the coming months,” a spokesman said in an email.

Chad Beynon, senior vice president and senior analyst at the Australia-based Macquarie Group, said it’s unclear whether key MGM competitors backed away from Osaka because they thought Tokyo and Yokohama represented better opportunities or believed that MGM’s grip on Osaka couldn’t be matched.

Representatives of Las Vegas Sands, when announcing they wouldn’t pursue Osaka, said they saw a better return-on-investment opportunity in other cities.

Beynon said there also have been concerns that it could be difficult to deliver a $10 billion resort in Osaka by 2025.

“I think MGM was the most comfortable with the timeline,” Beynon said.

“It’s difficult to really ascertain what was folding, whether you felt you had the worse hand or folding because you felt like Osaka was an inferior city to others, and none of them will really explain why they chose to back down,” he said.

Landry and Beynon agreed that the competition for another resort is likely to intensify because most of the other competitors are looking beyond Osaka, and there could be more entrants, with Japanese companies entering the fray against Western operators.

“Tokyo is a bigger city and potentially a greater reward,” Landry said. “Maybe you hit a triple instead of a home run (by going for another city besides Osaka).”

“There were seven companies originally interested in Osaka,” Beynon said. “I expect that number to be even higher for Yokohama because you’re going to have local operators present.”

The Review-Journal is owned by the family of Las Vegas Sands Corp. Chairman and CEO Sheldon Adelson. Las Vegas Sands operates six properties in Macao and one in Singapore.