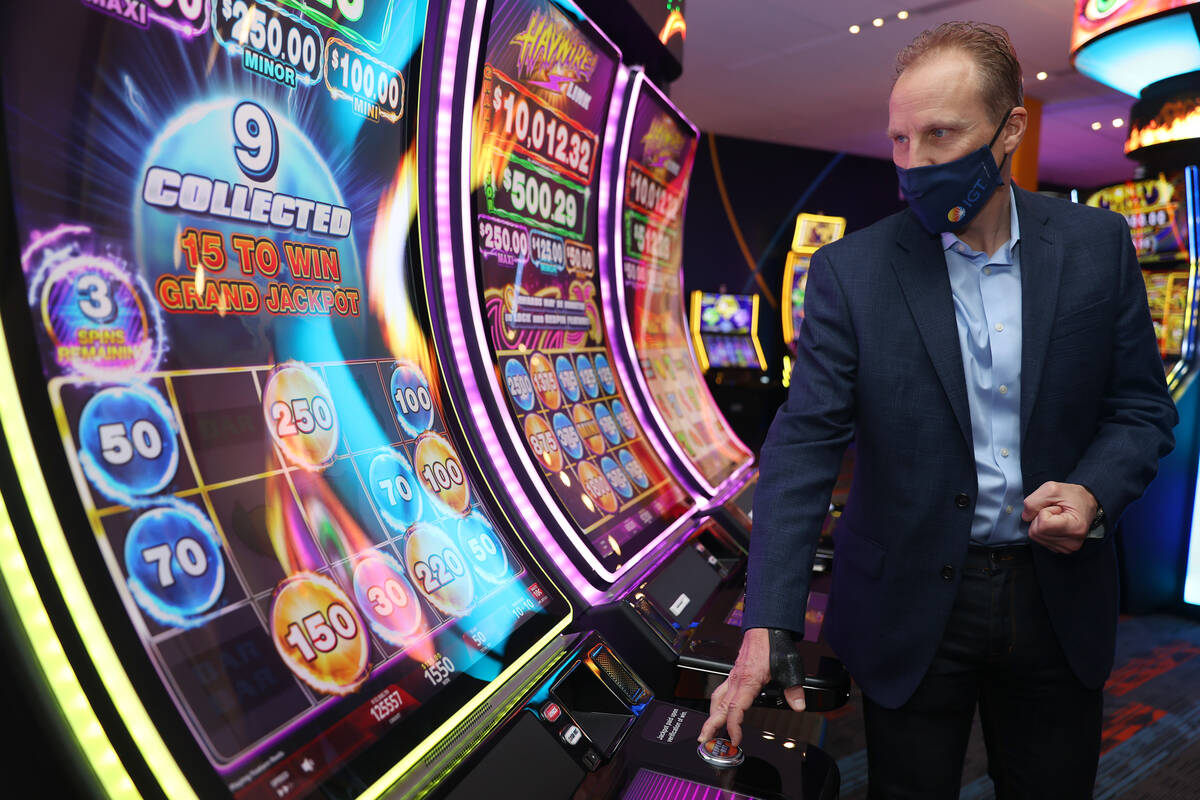 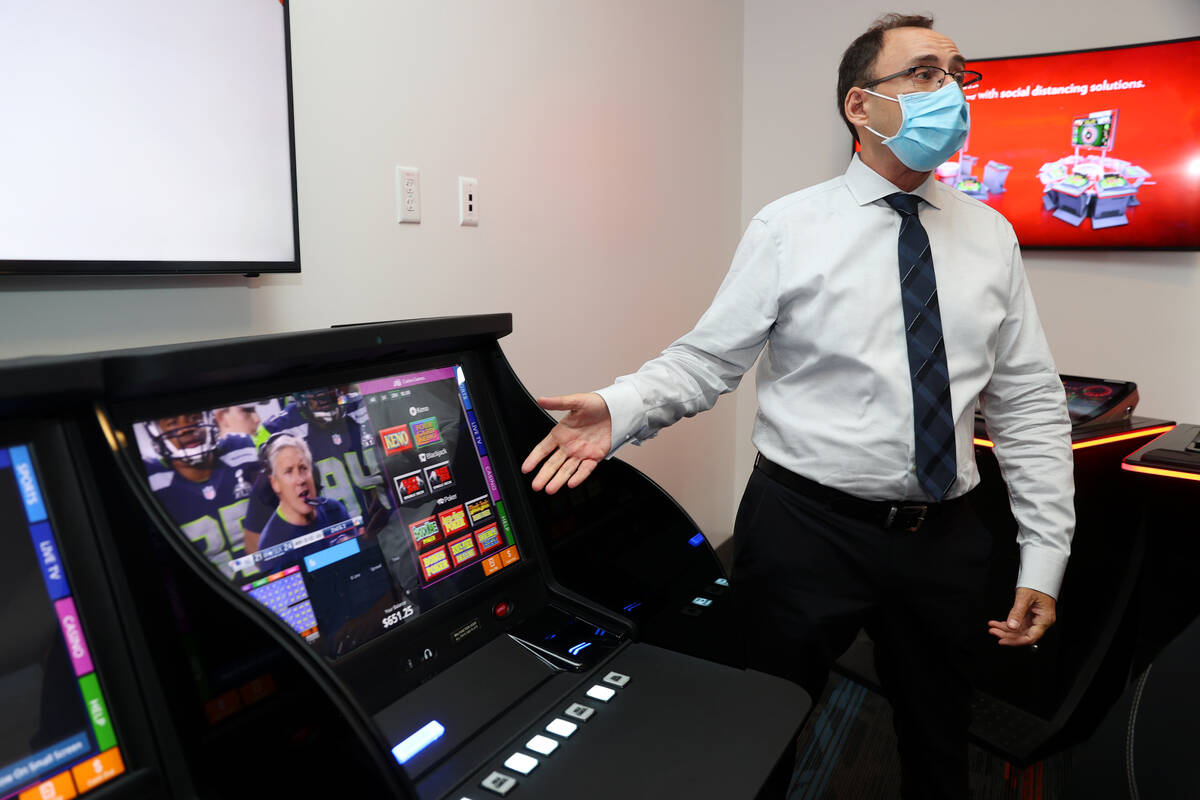 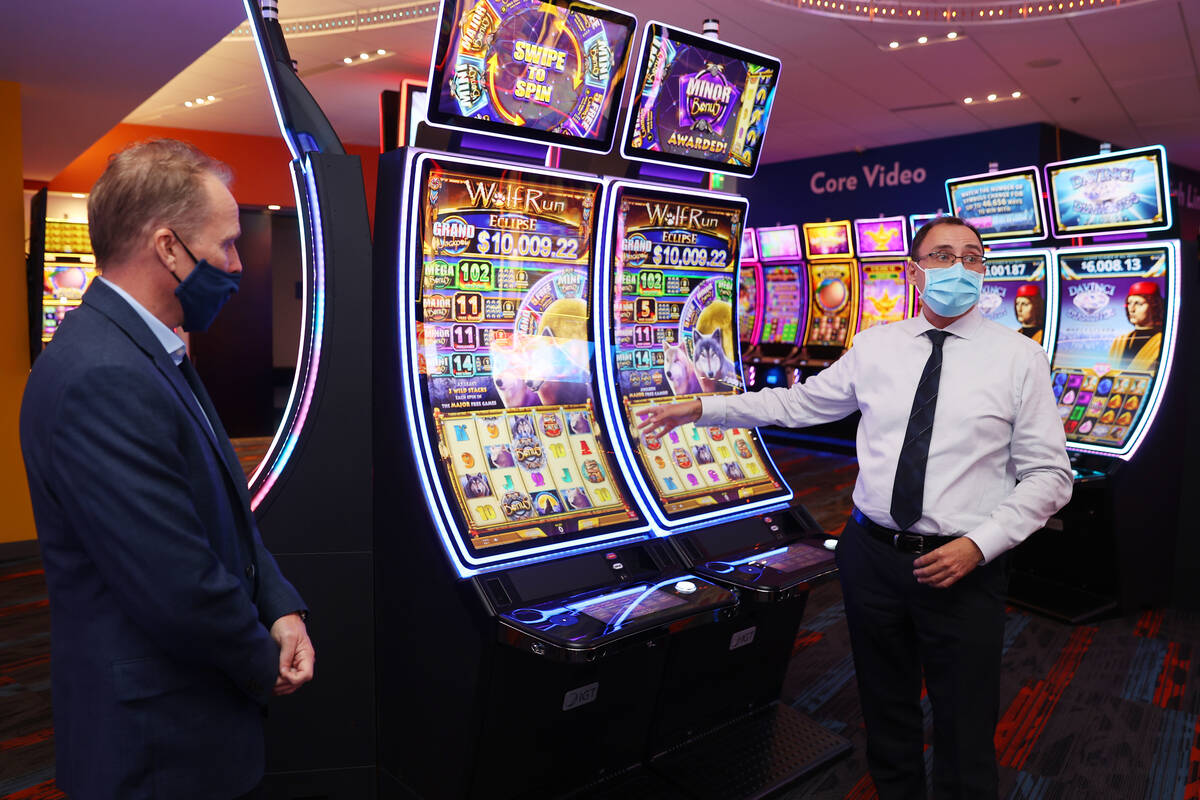 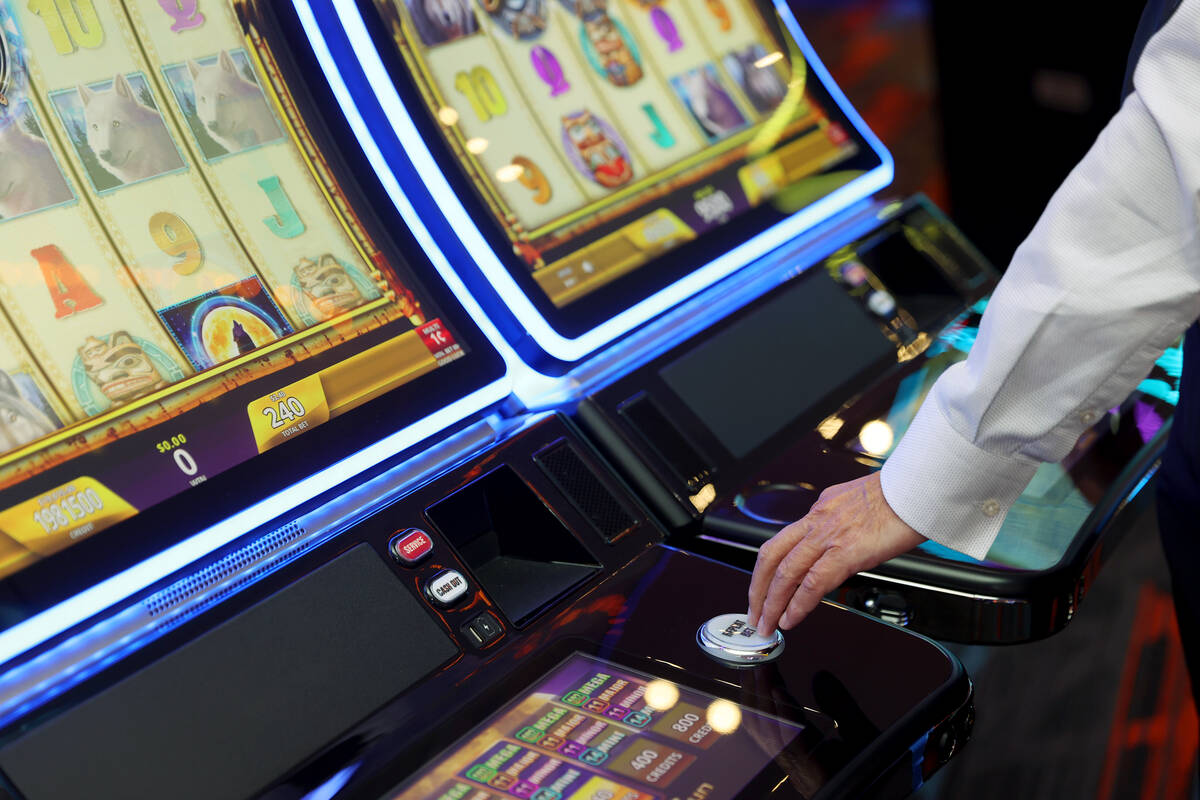 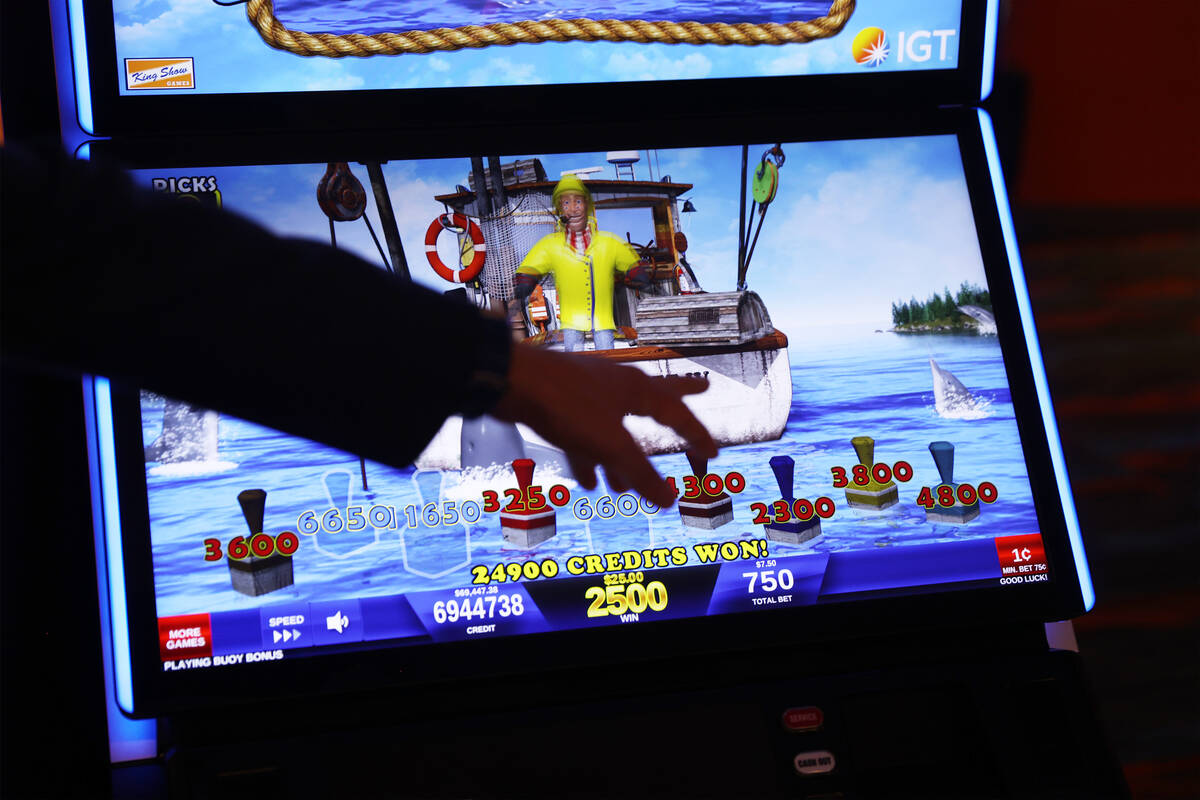 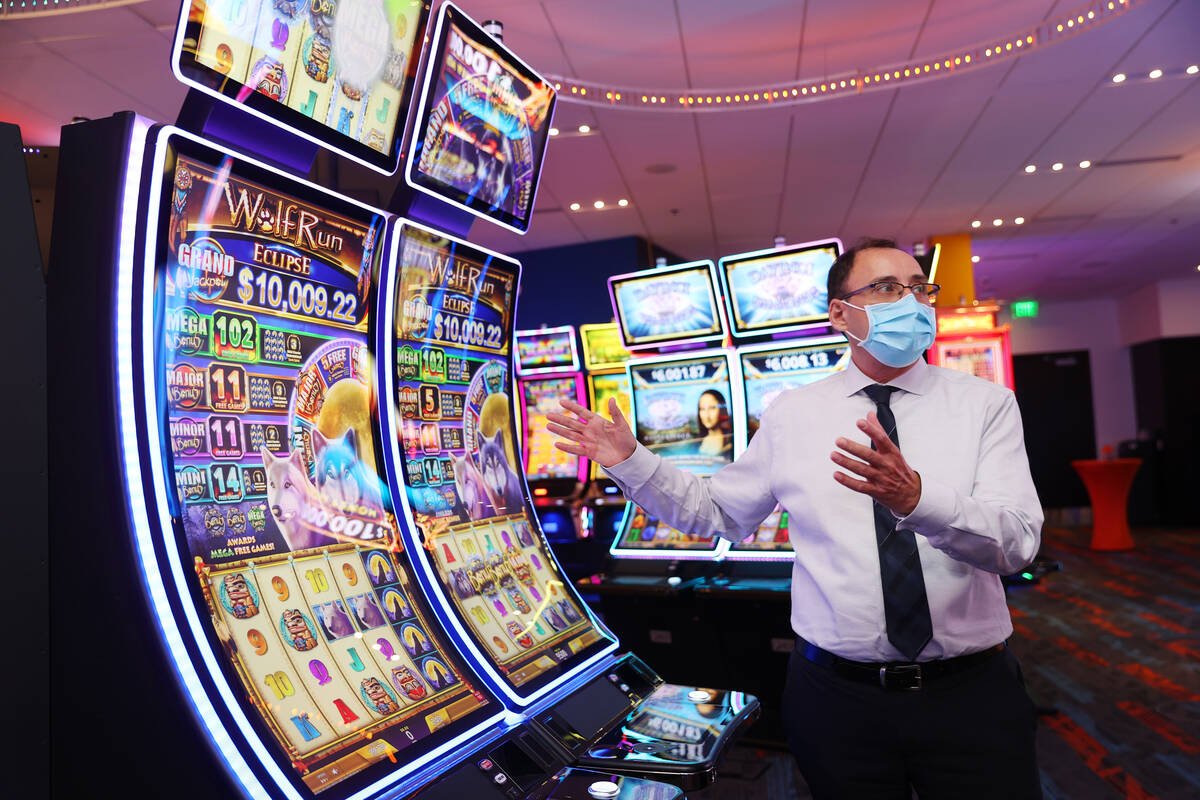 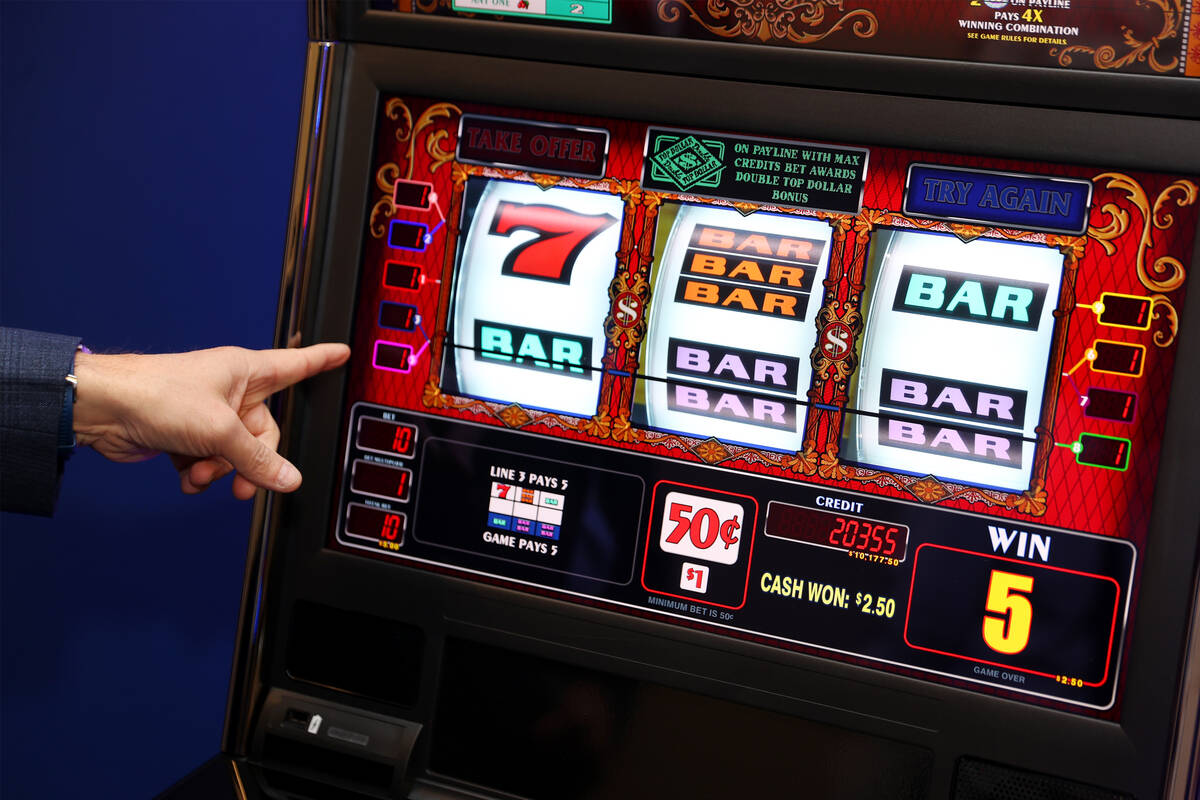 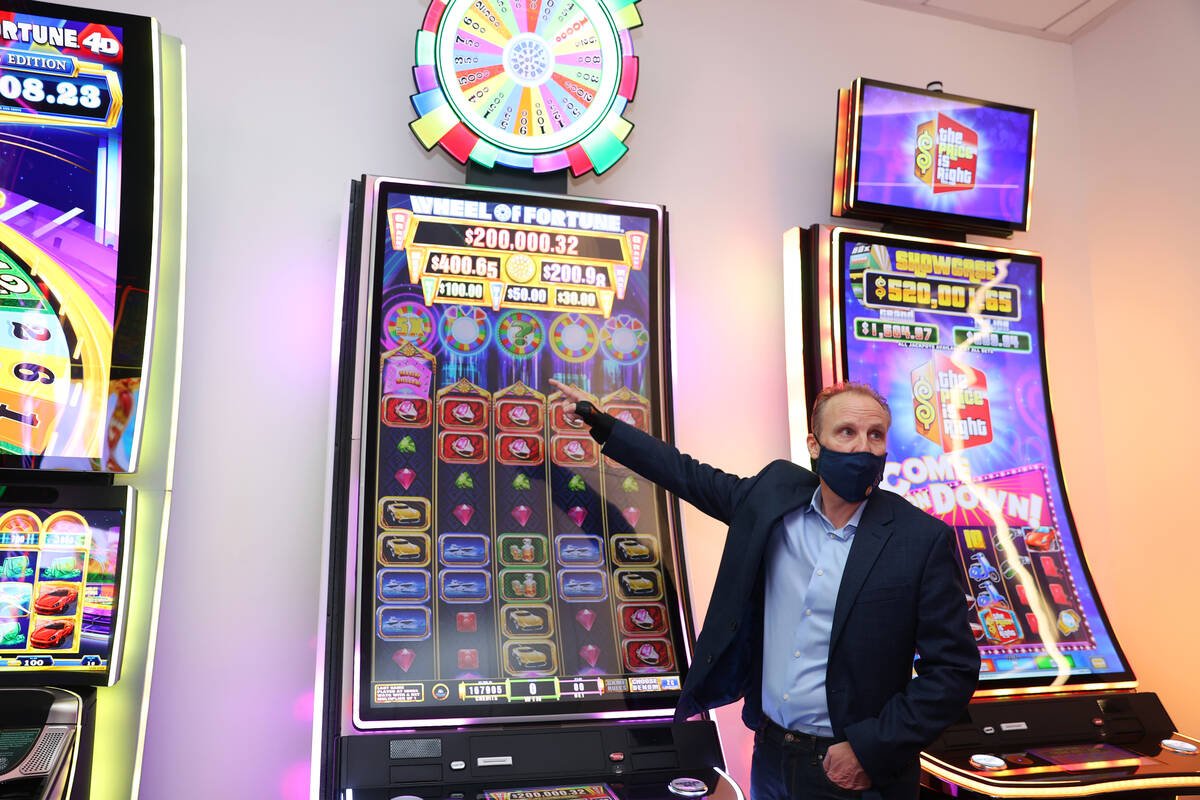 If there ever was a slot machine supermarket, it would be G2E.

Beginning this week, gaming industry professionals will gather at The Venetian Expo to see, hear and touch what gaming manufacturers say will be the next generation of casino gadgetry designed to keep players more engaged — and to spend more of their entertainment dollar.

Leaders of the American Gaming Association, operators of G2E — the Global Gaming Expo — say quality, not quantity, will be the emphasis of this year’s show.

It’s the largest gaming trade show in the world, and over the next four days, buyers will be perusing the devices that promise to engage players through new technologies or experiences.

Knowing of the challenges of international travel during the coronavirus pandemic, AGA President and CEO Bill Miller isn’t expecting that the 27,000 people who usually attend G2E will all show up when the doors open Monday.

“My strong belief is that the mix of people that we have exhibiting and attending will be economically valuable and significant,” Miller said in an interview.

“Measuring the success of this G2E based on numbers would not be important,” he said. “What I’ve been encouraged by is that the exhibitors have been excited. It’s been two years since they’ve been able to show off in a live manner new technologies, new platforms and new entertainment. That is something you can’t replicate in a Zoom call.”

And many participants agree.

“It’s a big deal this year, given we didn’t have an in-person G2E last year,” said Mike Gatten, senior vice president of slot strategy for MGM Resorts International. “There’s something to be said for being able to have hands on and actually play the games and touch and feel and experience that stuff in a more physical environment. It is still the marquee gaming trade show and is the granddaddy of them.”

Gatten is one of those with the authority to make purchases, and he and a contingent of MGM slot managers will be on the show floor that opens Tuesday, seeking devices that will engage customers.

Among the features Gatten likes most about G2E is that he can comparison shop and that he also gets the chance to see offerings from smaller companies that might not be headquartered in Southern Nevada. It’s easy for him to see the newest buzzworthy machines by paying a visit to the showrooms of IGT, Scientific Games, Aristocrat and a host of others with a solid Las Vegas presence.

“It is important that G2E happen this year especially as the industry continues to be one of the leaders on health and safety measures for its guests and staff,” said Brendan Bussmann, director of government affairs for Las Vegas-based Global Market Advisors.

“It is time to start moving things back to normal and emerge from the great shutdown. I look forward to getting together with the colleagues that are able to make it to the show this year. It is, however, unfortunate that many of our international friends could not join us this year even though they were vaccinated and under the same protocols that we are here.”

So G2E is a gaming industry shopping mall and a gathering place for professionals. What else?

Miller said it is an opportunity to debate industry issues and to bring in keynote speakers to discuss important topics.

“This is not a symbolic event,” Miller said. “There will be conversations about industry growth, including sports betting, digital payments and payment modernization. The gaming industry is also a leader in inclusions, and we’ll have a keynote panel dedicated to that.”

That same day, Miller will deliver a state of the industry address, and Gov. Steve Sisolak and Rep. Dina Titus, D-Nev., will take the stage to discuss recovering from the pandemic.

“It’s a great lineup of speakers, and I think it is because there’s a lot going on in the industry and clearly we’ve gone through a pretty tough 18 months,” Miller said.

There may even be a celebrity or two.

“Wheel of Fortune” star Vanna White is scheduled to conduct a charity celebrity slot tournament where $15,000 will go to several causes. It’s all part of IGT’s celebration of the “Wheel of Fortune” slot brand turning 25 years old this year.

But in the end, it’s mainly all about the massive display of new slots, table games and other devices.

“Our theme is ‘It’s Game Time.’ I think it’s a really, really appropriate theme for us because I think this is a really big year for products we’ll be showing,” said Nick Khin, IGT’s chief operating officer for gaming.

“This year’s a special year because a lot of the products and solutions we’re going to be showing are going to have a big impact on the marketplace in general over the next few years.”

Khin is expecting the company’s Diamond RS cabinet to be the talk of the show.

Diamond RS, making its global debut at the show, is a mechanical reel cabinet that retains player-favorite features, including Diamond Glass, which can overlay video elements onto the reel window.

Cabinets are a big part of IGT’s business — emphasis on “big” — with the company showing its Peak65 cabinet with a “Wheel of Fortune” game. It’s part of IGT’s Peak family of hardware in which the number represents the screen size, in this case, a 65-inch progressively curved display.

Meanwhile, Scientific Games Corp. plans to emphasize the future of gaming with its display of iGaming content and platform with a mix of popular games, its Mural and Kascada cabinets and its Player Boutique and iView player engagement systems.

“Excitement has been building for months now as our teams crafted a product lineup to showcase this year at G2E,” said Barry Cottle, president and CEO of Scientific. “After months of virtual gatherings, we’re ready to get together safely, and to show everyone what we’ve been working on.”

Other companies have big plans.

Gary Platt Manufacturing will display its seating solutions to maximize guest comfort. The company delivered some of its most recent work to Resorts World Las Vegas.

“As they say, ‘The show must go on.’” Bussmann said. “Now is not the time, even with the current restrictions in place by the governor, to push back G2E, to not host meetings and conventions when they can be done in a safe environment. It’s a staple to the Las Vegas economy, and the industry needs to continue its leadership to show how other sectors can follow.”