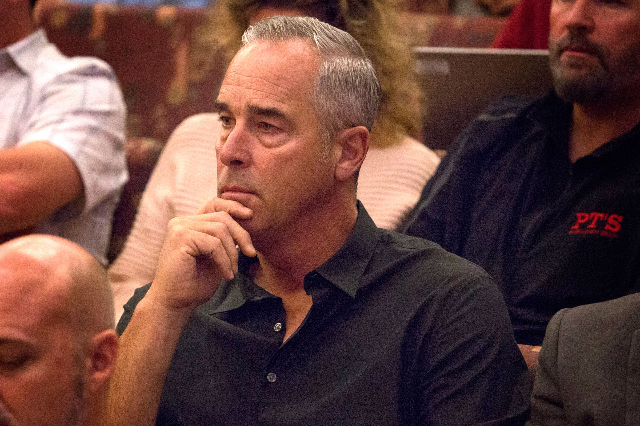 Blake Sartini is the chairman of Golden Entertainment‘s board. (Review-Journal file)

In a statement, Golden did not name the company nor would it give the company’s location, per the purchase agreement. A Golden investor relations representative said more detail on the deal would be announced when the transaction closes.

Golden will enter into an agreement to continue the slot route’s operations.

Golden said the purchase would “immediately” add to earnings. In addition, the seller would also receive 50,000 shares of Golden’s stock. The company said it was funding the deal through cash and its line of credit.

Golden, which was created through a $341 million merger with Lakes Entertainment, is 35 percent owned by the Sartini family.