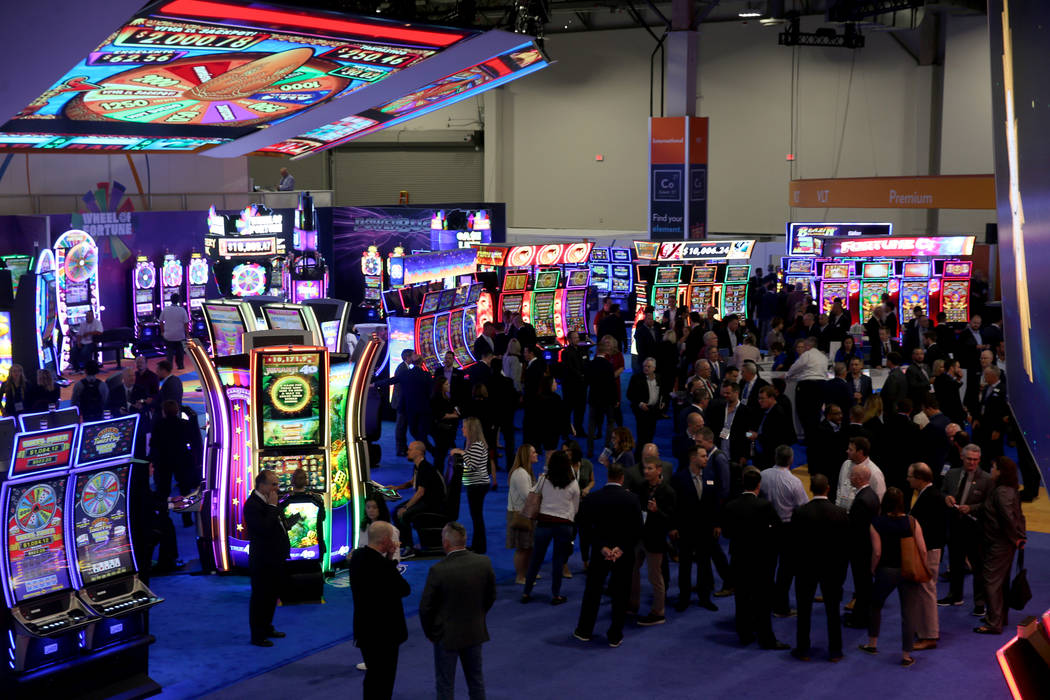 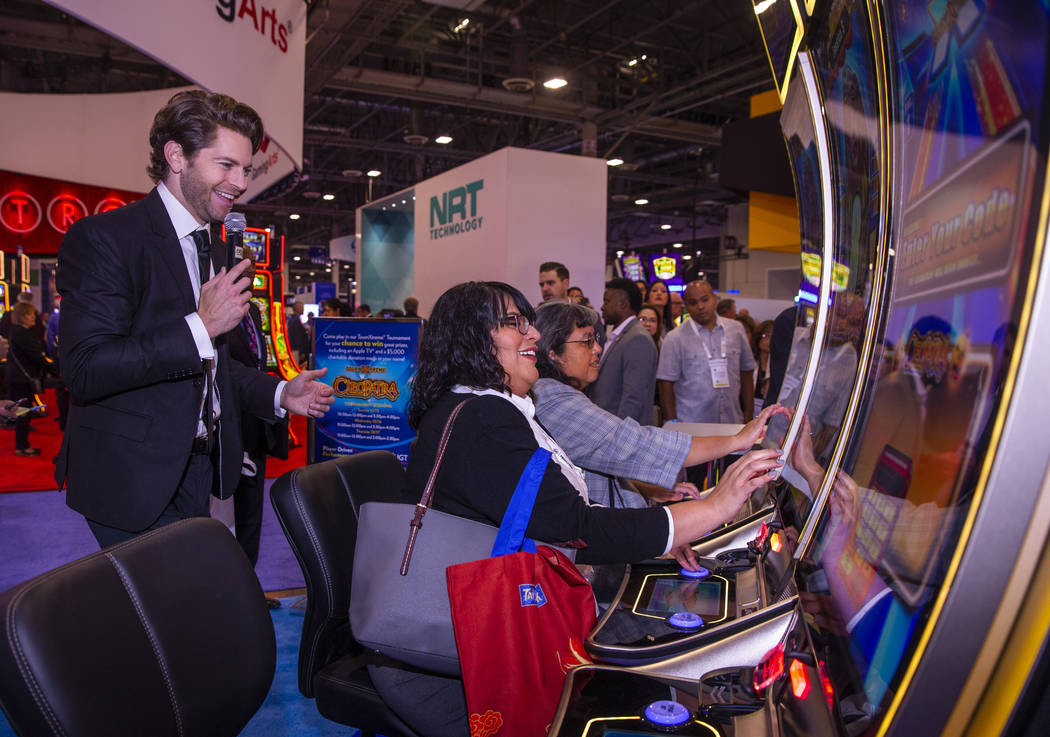 Jessica Savare, center, enjoys a turn at the Cleopatra game on display in the IGT exhibition space during the Global Gaming Expo 2019 at the Sands Expo and Convention Center on Tuesday, Oct. 15, 2019 in Las Vegas. (L.E. Baskow/Las Vegas Review-Journal) @Left_Eye_Images

IGT shares skyrocketed Thursday after executives reported a 3 percent revenue increase at a fixed exchange rate during the third quarter.

He also pointed to strong free cash flow generation during the third quarter, with the company reaching a record $456 million for the first time in nine months.

Sala also voiced optimism for IGT’s future performance in Italy, where the government has proposed an increase in taxes on gaming machines and certain player winnings.

He said gross earnings before interest, tax, depreciation and amortization are expected to take a $30 million hit, but the company is working on a set of initiatives to offset the impact.

“We have been dealing with higher gaming taxes for the last several years,” Sala said. “In that time frame, our Italy EBITDA has grown despite the headwinds, including the year-to-date 2019 period.”