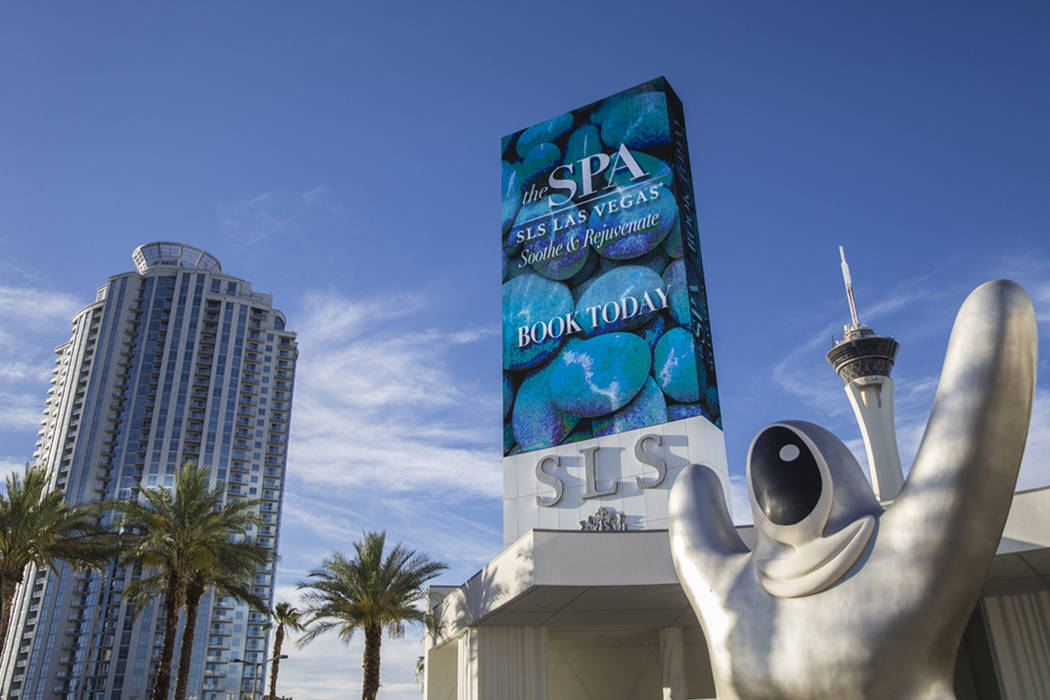 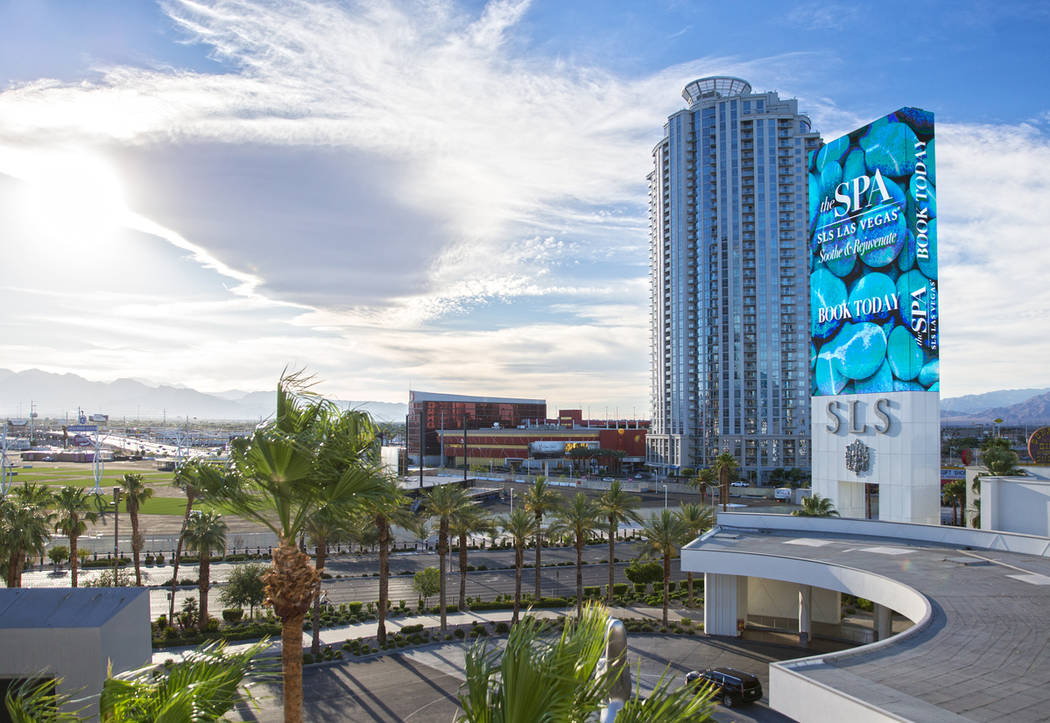 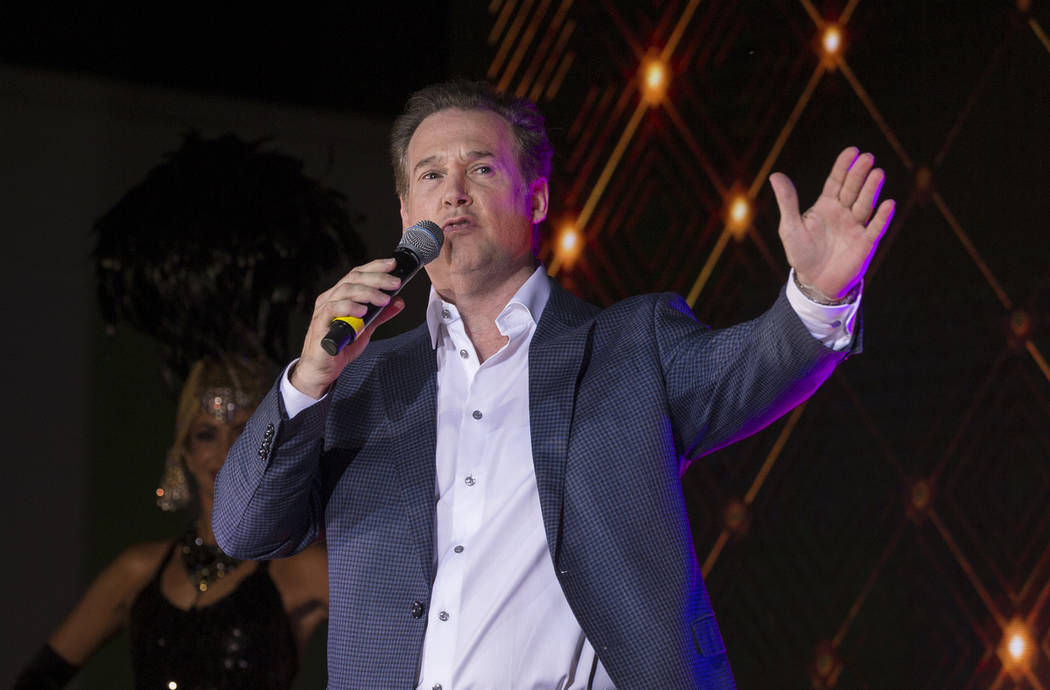 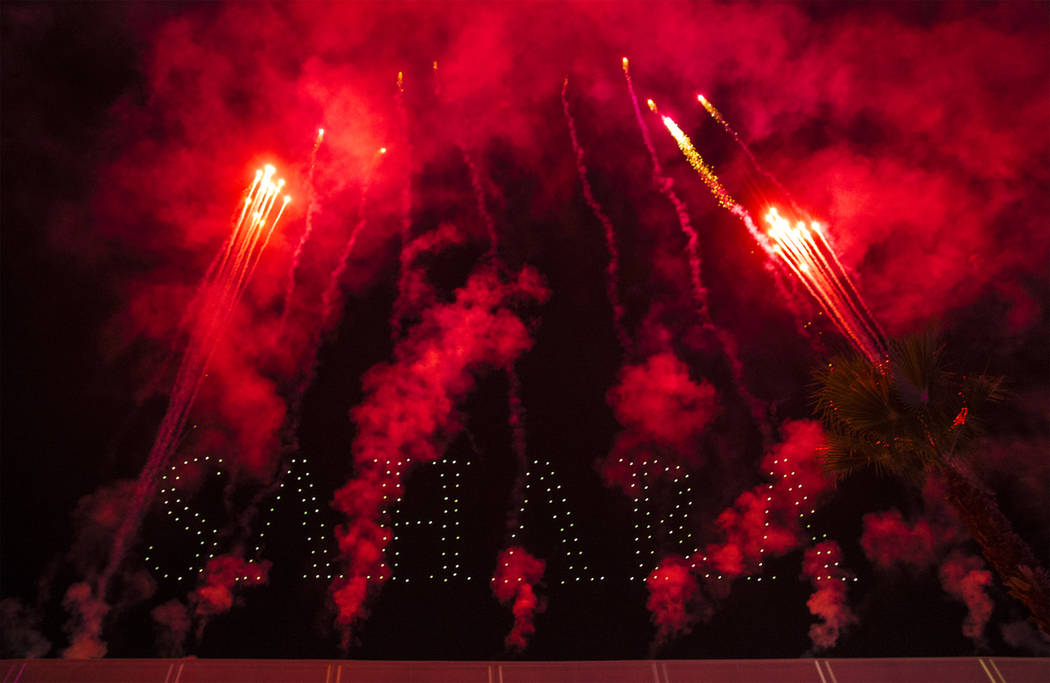 The name change is in place, and the big-reveal poolside party Thursday night was a hit.

Now, it’s time for the executive team at Sahara Las Vegas to execute the plan — and see if a new name can help restore some of the property’s old glory.

Industry experts say it will take more than the Sahara name to revitalize the former SLS, and contend that owner Alex Meruelo has plenty of work ahead of him.

Meruelo’s general manager, Paul Hobson, said work already has begun to position the property, and it’s more about focusing on the quality niche than targeting a specific age demographic.

“We’re positioning Sahara to be competitive with other four-diamond, four-star resorts in the market, and like any resort, the demographic varies a little bit based on the events in town and the season,” Hobson said. “But the overall goal is for every guest who stays with us to feel like they’re special and for them to have unexpected experiences and want to come back.”

Before stepping aside to let a choreographed drone show and fireworks reveal the renaming surprise that almost everyone knew about Thursday, Meruelo, the head of the Meruelo Group, shared some of his vision for the resort tagged “the Strip starts here.”

“Vegas has always been great to me,” Meruelo told the 700 guests invited to the reveal. “It’s been a very special place, it’s in my blood, it’s in my DNA.”

Meruelo shared that Las Vegas is special to him because it’s where he proposed to his wife.

“We will change the floors, we will change the restaurants, the bars, the nightclubs, the theater, the rooms … every detail, whether it be small or large, will change,” he said, referencing the more than $100 million the company is investing in the 1,615-room hotel. “The outside of the building, the lighting, the coloring, everything.”

Hobson said the Sahara name is a piece of Las Vegas history.

“I think Sahara is such a recognizable name, part of Las Vegas’ history and also part of people’s day-to-day lives,” he said. “I drive to work on Sahara Avenue every day. It’s a living, breathing thing in this market, so the recognition is terrific and people know what it is when they look at it.”

And that was the disadvantage of the SLS brand.

“Somebody that I met asked me where I work, and I tell them ‘SLS,’ and they look at me blankly and then I say, ‘The old Sahara,’ and then they go, ‘Oh yeah, I know exactly what you’re talking about’” he said. “SLS is a brand that never really caught on in this market, but I think Sahara is a name everybody recognizes and what is next is defining what that means in a modern Las Vegas.”

Industry experts all but expected the Sahara name change.

“The Sahara name is a classic on the Strip, so there is little surprise they are making use of the brand to achieve quicker recognition in the marketplace,” said Brent Pirosch, director of gaming consulting for the CBRE Global Gaming Group in Las Vegas.

“Ultimately, however, the name will have less of an impact on the performance of the property than whether the property is able to execute on the promise of good value and excellent service with amenities that appeal to the Las Vegas visitor.”

While using the Sahara name was no surprise, gaming analyst John DeCree of Las Vegas-based Union Gaming said there are challenges ahead.

“We like the idea of bringing the Sahara name back, and it will help with brand recognition,” he added. “But the physical plant and location on the north end of the Strip still present some challenges in either attracting locals or competing with the larger Strip properties.”

Hobson isn’t too worried about the competition coming to the market on the north Strip. Resorts World Las Vegas is expected to open next year, and further down the block, The Drew — formerly Fontainebleau — eventually will open its doors.

“If you look at the scale of some of those properties coming our way, they are really big megaresorts that Las Vegas has become known for,” Hobson said.

“What I love about our place is the scale of it,” he said. “It’s sort of human-sized. If we’re looking at how to define ourselves in that lineup of big properties, we’re kind of a gem among those giants, and I think the level of service we can give in this environment has a personalized aspect and is something that Las Vegas was known for at one time when the Sahara was in its heyday for sure.”

Michael McCall, a professor in Michigan State University’s Eli Broad College of Business School of Hospitality Business, said he likes the nostalgic ring of the new name and thinks it could also strike a chord with the millennial crowd.

“I think that the name harkens back to a nostalgic Las Vegas and all of the Rat Pack trimmings,” McCall said. “So a great idea to reconnect with older adults and capture a nostalgic ‘retro’-oriented millennial or Gen Z-er.”

Can Meruelo pull it off? Hobson believes he can because of his work ethic. In his introduction of Meruelo Thursday night, he explained why while taking a swipe at Sahara’s corporate competitors on the Strip.

“He’s got an amazing amount of energy and he rarely sleeps as anybody who has ever worked for him understands,” Hobson said in his introductory remarks. “It was that energy and passion for Las Vegas and that passion to do something very special here on the Strip that really inspired me to join his team and come along on this ride.

“It’s so refreshing to work for an individual owner, a real person, not a cold, heartless corporation,” he added. “We can do things quickly and we treat each other like family and we expect our guests are treated like family and that’s really the ethic of the company that we have and the company he started.”