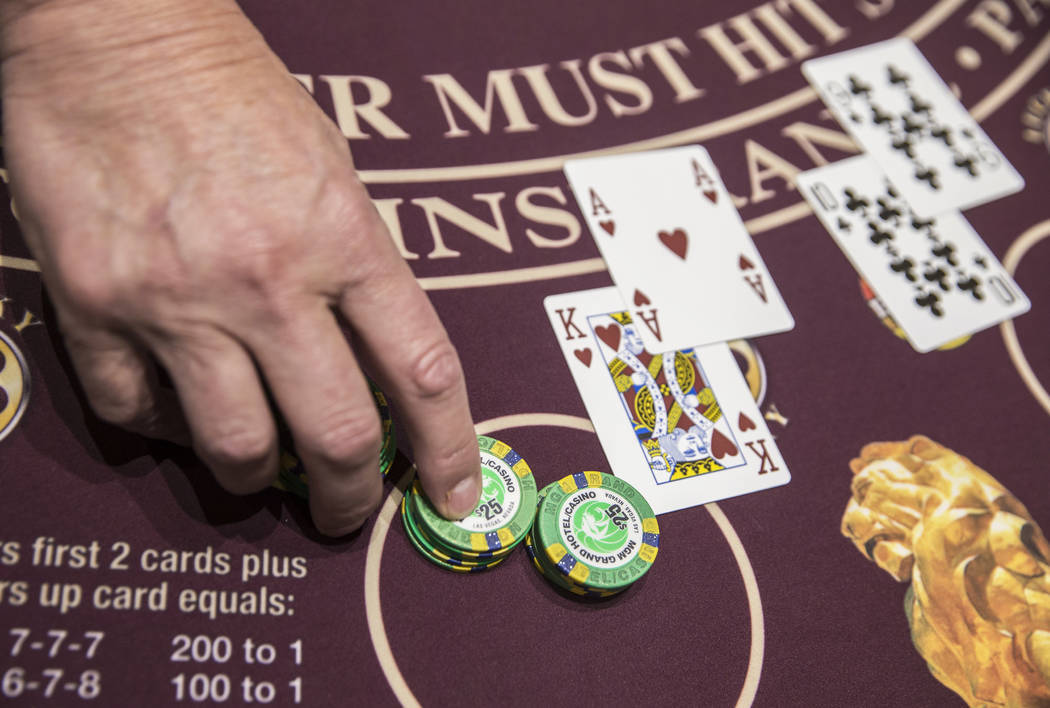 “Japan is still working on creating their regulatory environment, so there’s a lot of speculation as to what that could look like,” Harris said. “One of the models that Japan is looking at is Nevada, so there were some questions about the way that Nevada regulations work.”

This isn’t the first time Japanese gaming heads have met with experts from Nevada, and it won’t be the last. According to analysts, the country is looking toward Nevada’s regulatory structure as it gets ready to issue three gaming licenses. While bids are coming in from operators from around the world, experts say these discussions could give Nevada-based operators a leg up in the competition.

A model for Japan

Japan is set to reveal its regulatory scheme the summer of 2020. Rasmussen said it’s easy to see why the country is looking at Nevada as that deadline grows near.

“Our industry is very transparent. … It has the longest history in casino regulations, it has shown a propensity for doing and taking very hard stances at times where it’s needed,” he said.

“The country is highly focused on holding up the highest levels of integrity and enforcement in the gaming sector,” Beynon said. “Nevada, in our view holds those (standards) with strong policies, procedures and enforcement policies. … We believe Japan can greatly learn from Nevada.”

While other regulatory structures may be more strict in certain areas, Rasmussen said they “don’t have the depth of experience, knowledge and academic” sources found in Nevada.

Japan is feeling pressure to have a scrupulous regulatory system because of an “extraordinary level” of problem gambling in the country, according to Beynon. In 2014, the Japanese Ministry of Health, Labor and Welfare reported that an estimated 5.36 million people in Japan — about 5 percent of the adult population — suffer from problem gambling.

There are a few legal gambling options available in Japan today, including bets on horse racing, and lotteries. The country also has games in a gambling gray-zone, like Pachinko. Players pay to play the pinball-like game for prizes, which they can then exchange for cash at a nearby window-front not operated by the Pachinko parlors.

“Not everything (from Nevada’s regulatory structure) is going to be applicable to Japan, but it’s a good framework to get started,” Bussmann said. “I think (Japan) will be as strict. I think there are certain issues they’ll be stricter on.”

Bussmann said Nevada’s relation with Japan will give local operators a leg up on the competition as they fight to receive one of three integrated resort bids.

The spots are highly coveted. Some predict the country’s gaming market will be worth more than $25 billion a year once resorts open, making Japan the second-largest gaming market in the world behind Chinese gaming enclave Macao. In comparison, Nevada’s gross gaming revenue was $11.9 billion in 2018.

Sands, Wynn, MGM, Hard Rock International, Mohegan Gaming &Entertainment and Rush Street Gaming have expressed interest in building in Japan, as has a slew of other international operators.

“Those that operate in Nevada versus other jurisdiction, or at least have a Nevada license, will have a leg up on those that do not, just because of the regulatory adherence that we have to have in Nevada,” Bussmann said.

Rasmussen said others in the gaming industry, such as slot machine operators and tech companies, could also see benefits from this relationship.

He said Japan is hoping these U.S.-based gaming companies can expand to the Japanese market. That could help the businesses, which have been facing a dip in gaming in Las Vegas over the years, sell more units elsewhere.

“They want our industry to expand to their market. And I hope we’re wanting to do that,” Rasmussen said. “We have an industry that is slowly regressing; it’s slowly going down in overall numbers. Here’s a country saying, please come, please help us, please be a part of our industry.”

Both Rasmussen and Harris are back in Nevada, but they said their trip won’t be the end of conversations between the state and Japan. Rasmussen said a group of Japanese gaming representatives have a Nevada trip planned for February, where they’ll be meeting with state regulators and academics to discuss regulatory practices.

“I think there will definitely be a good relationship between Nevada and Japan in the years to come,” Bussmann said.