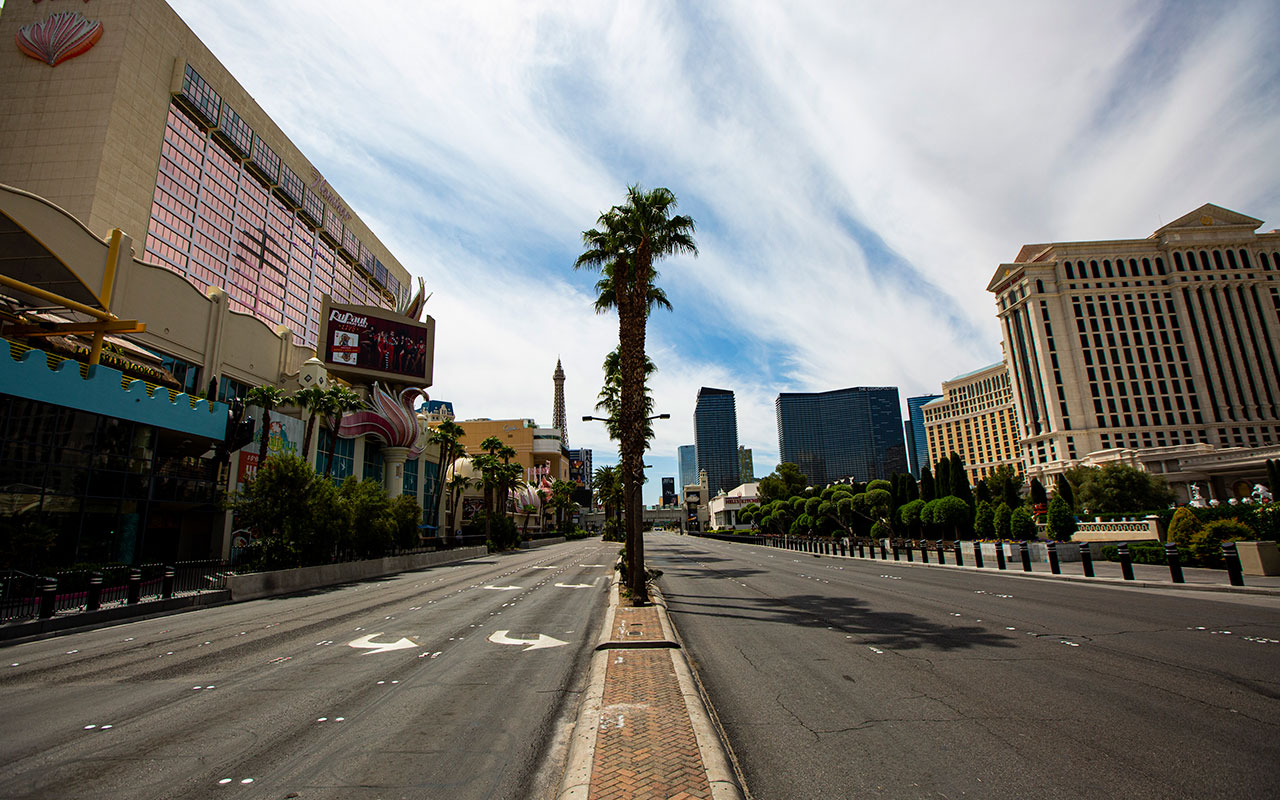 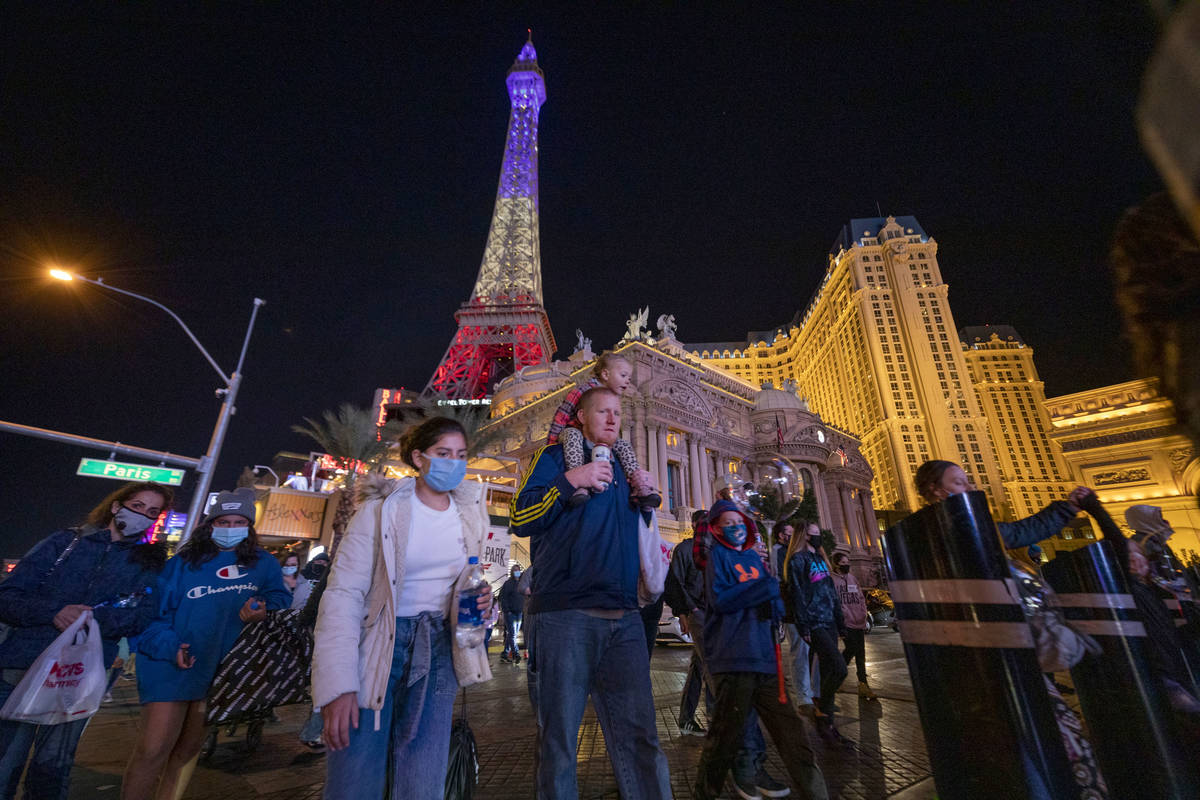 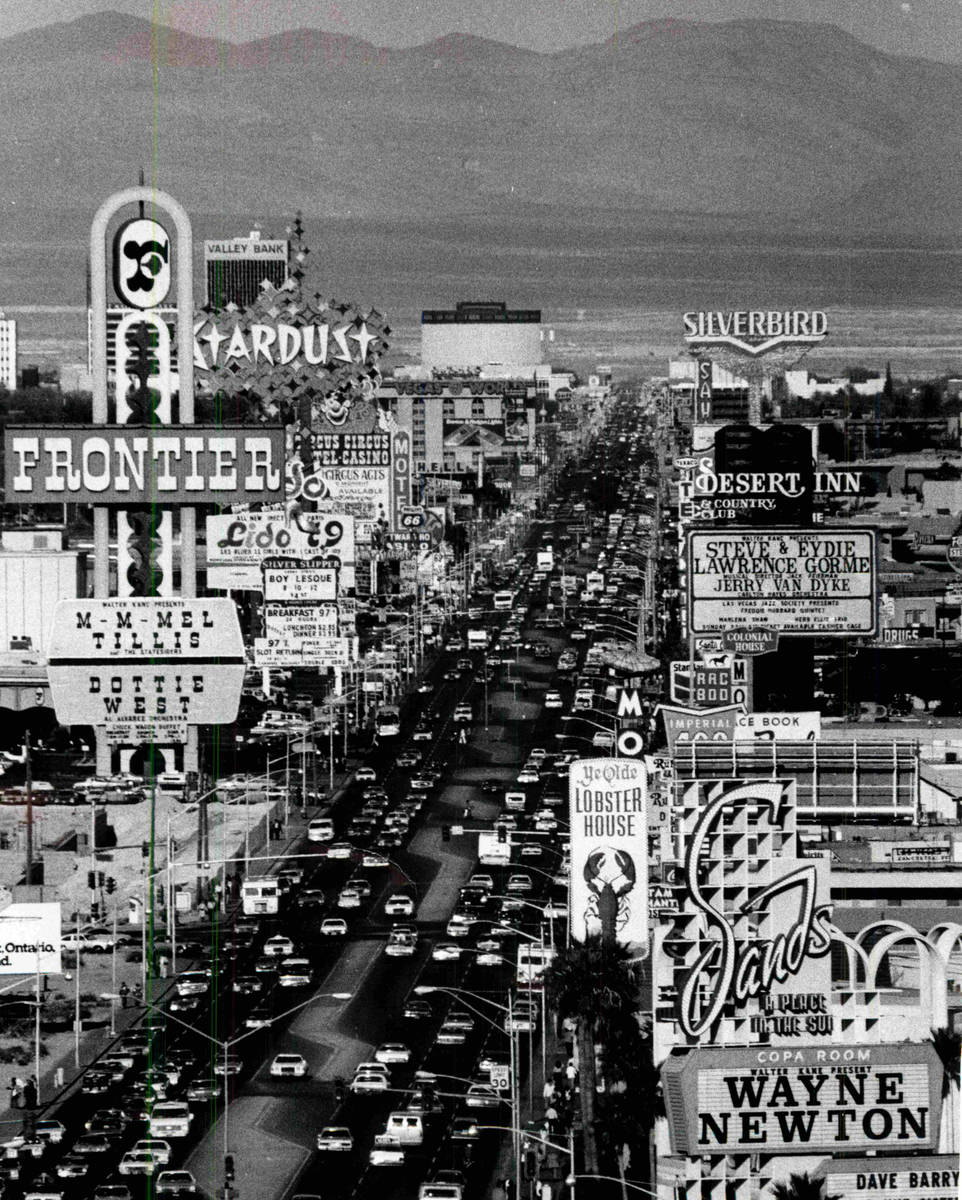 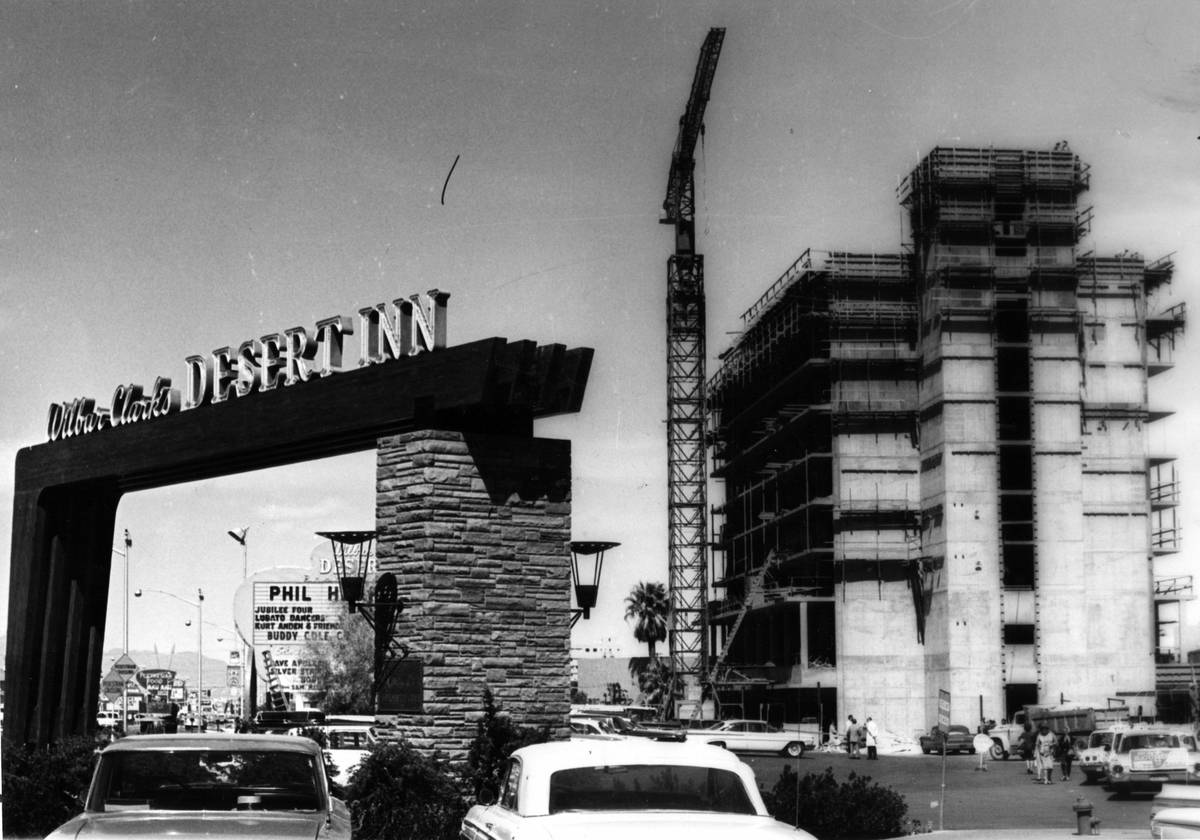 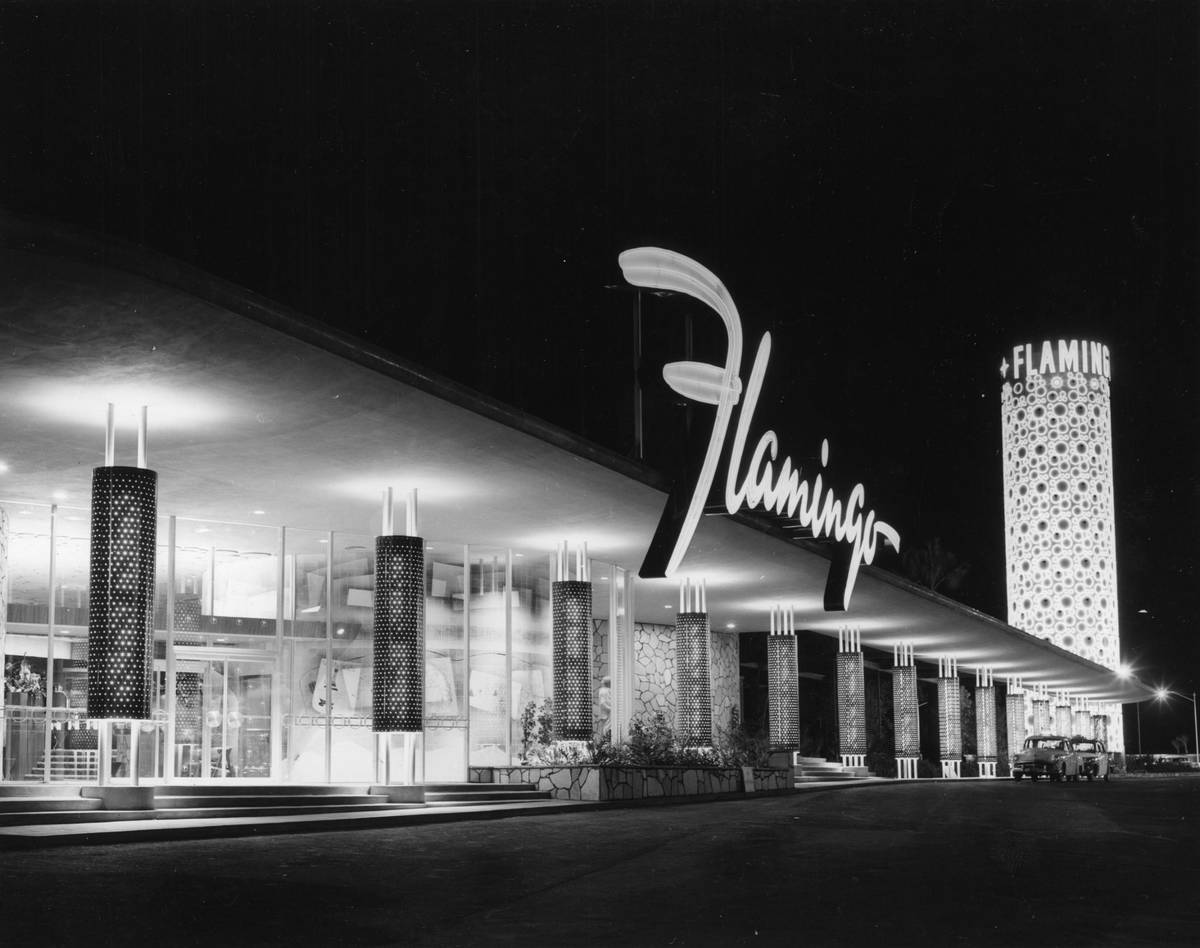 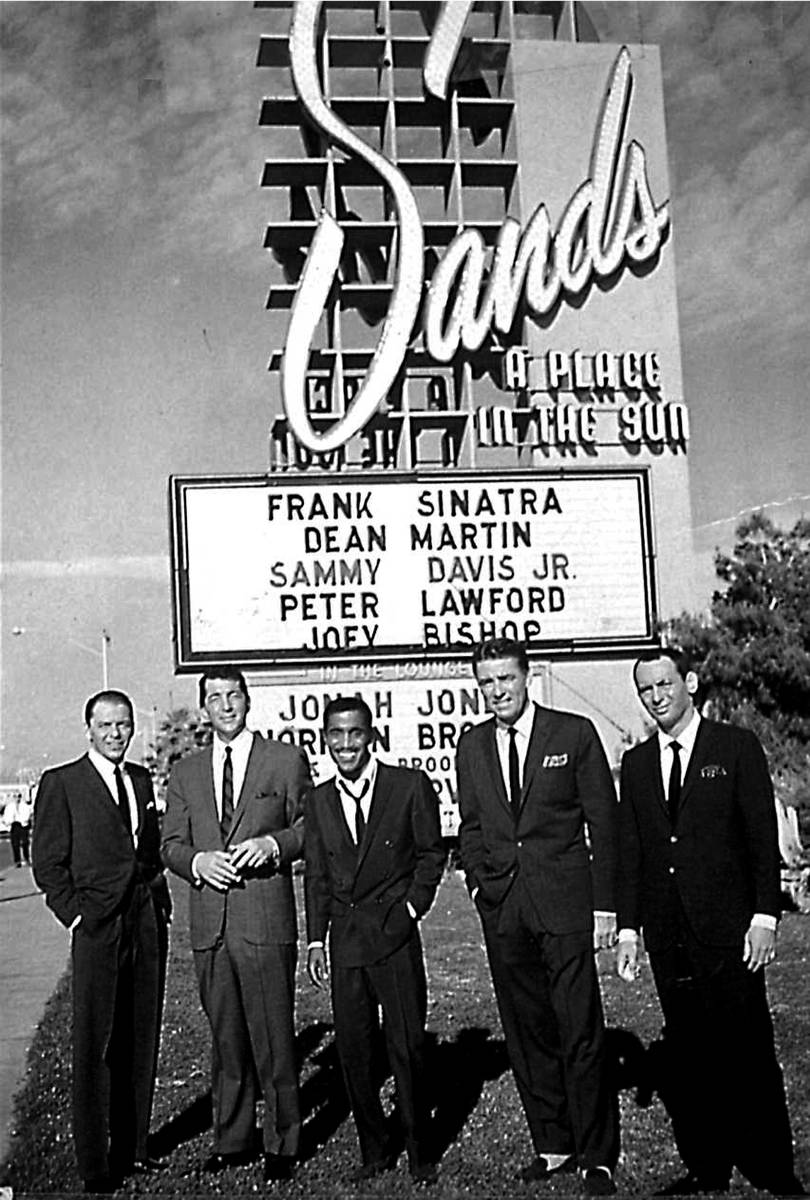 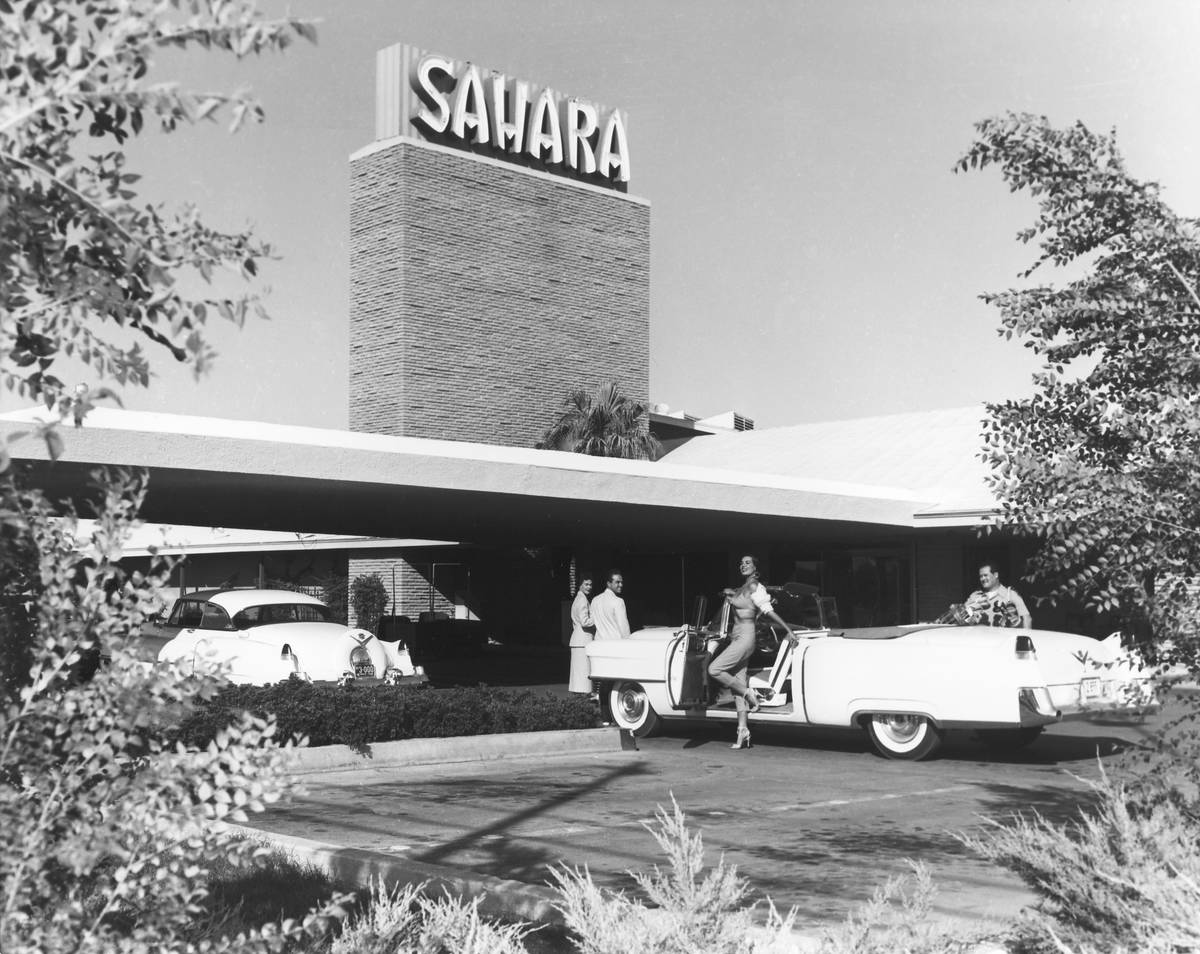 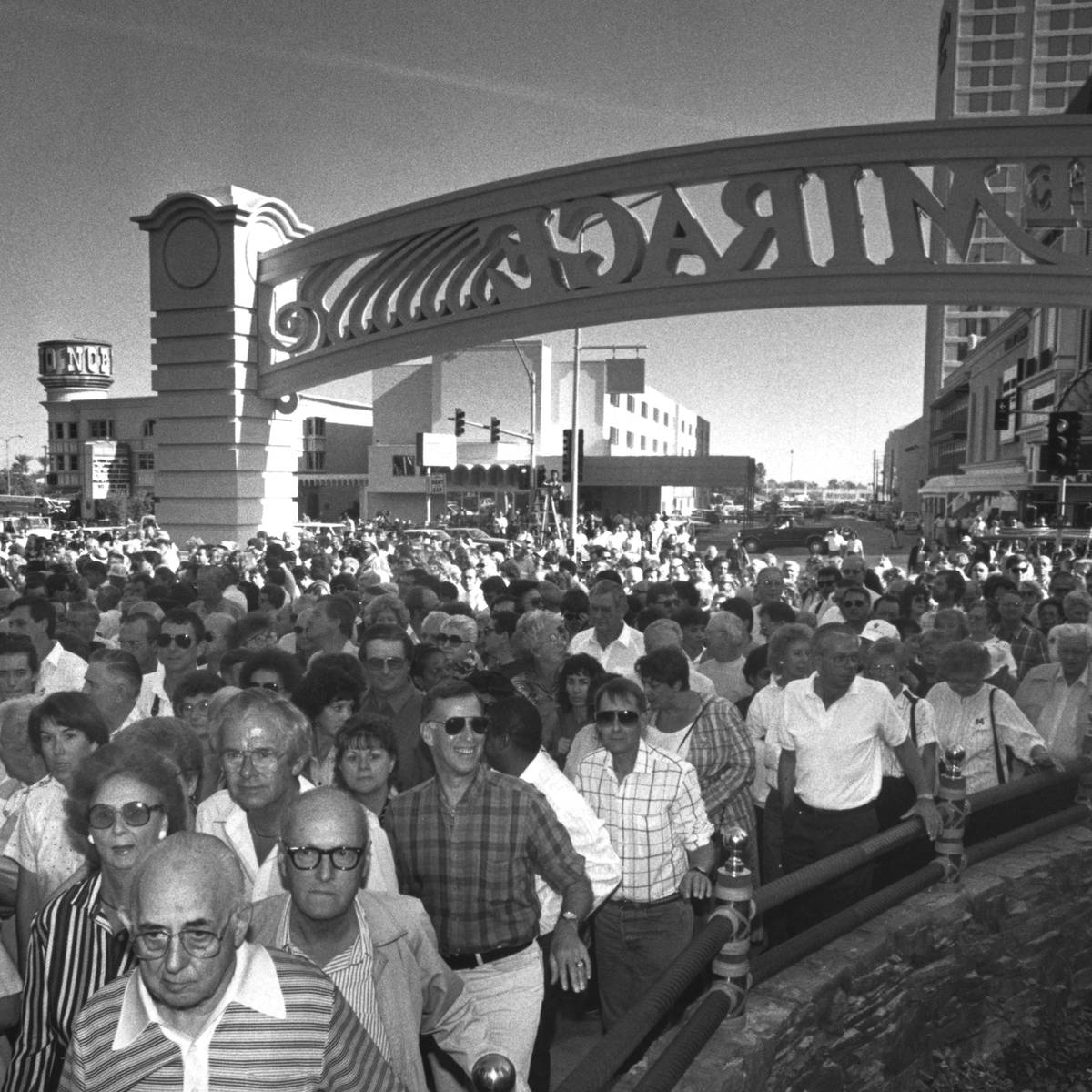 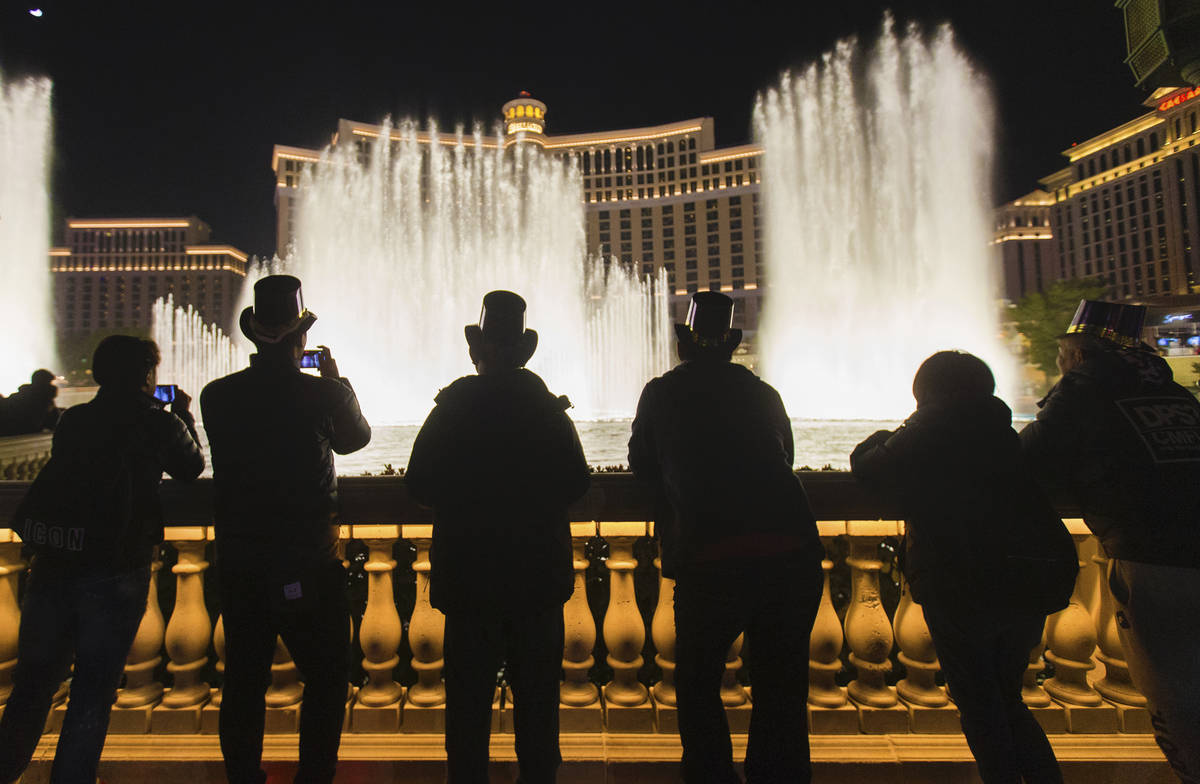 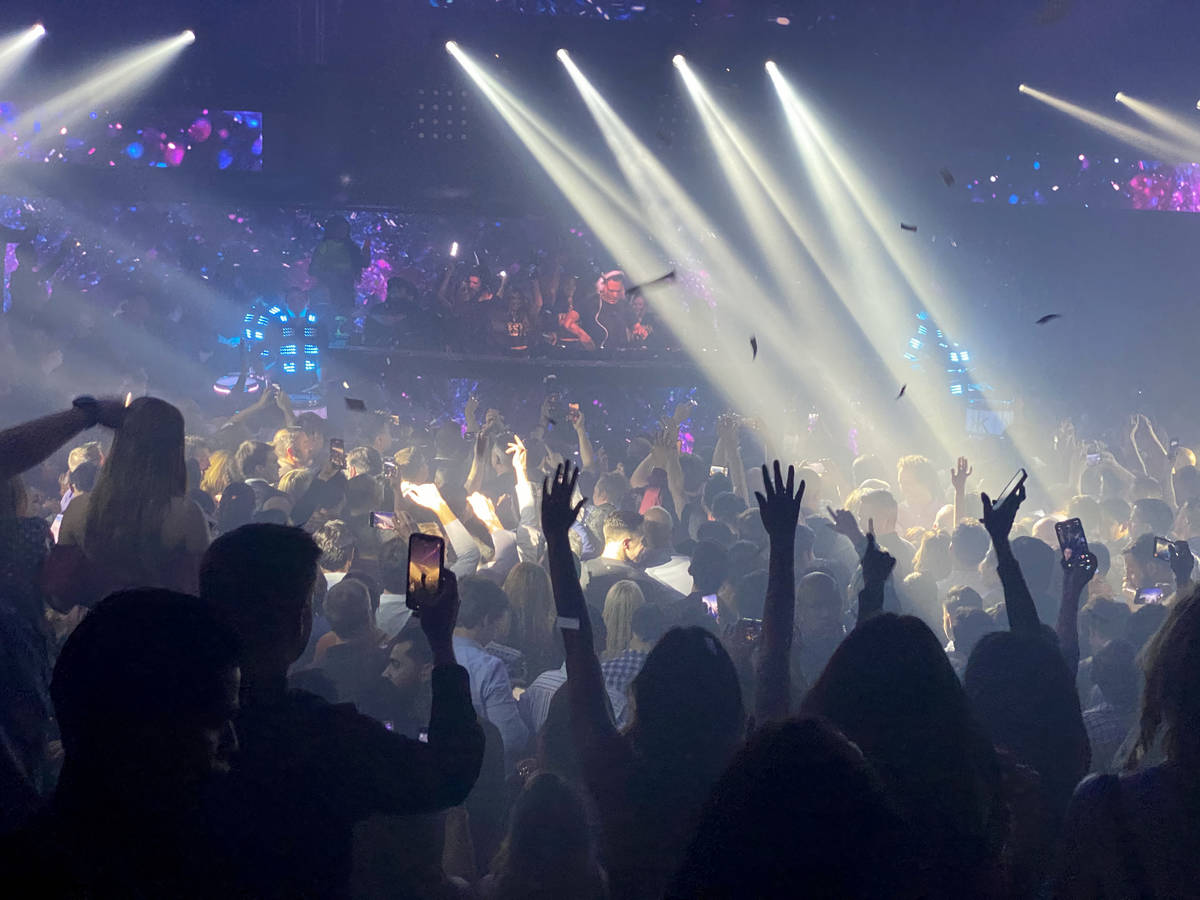 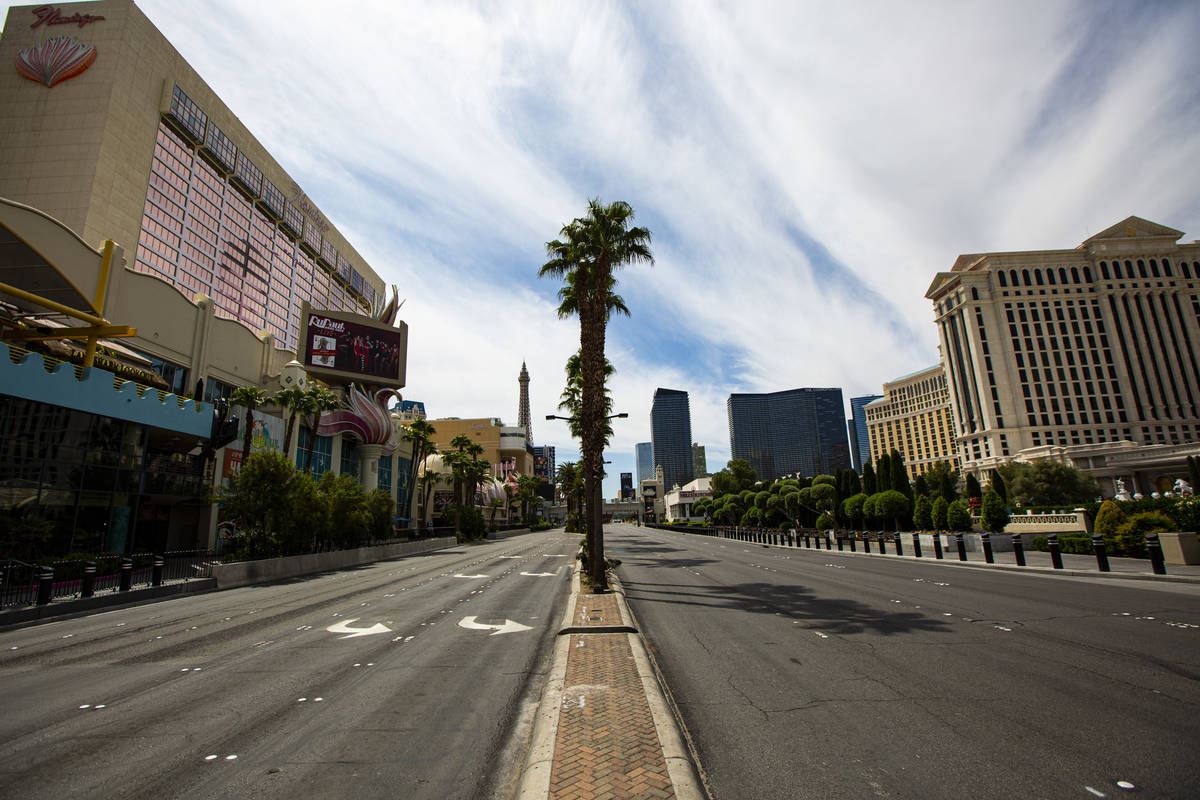 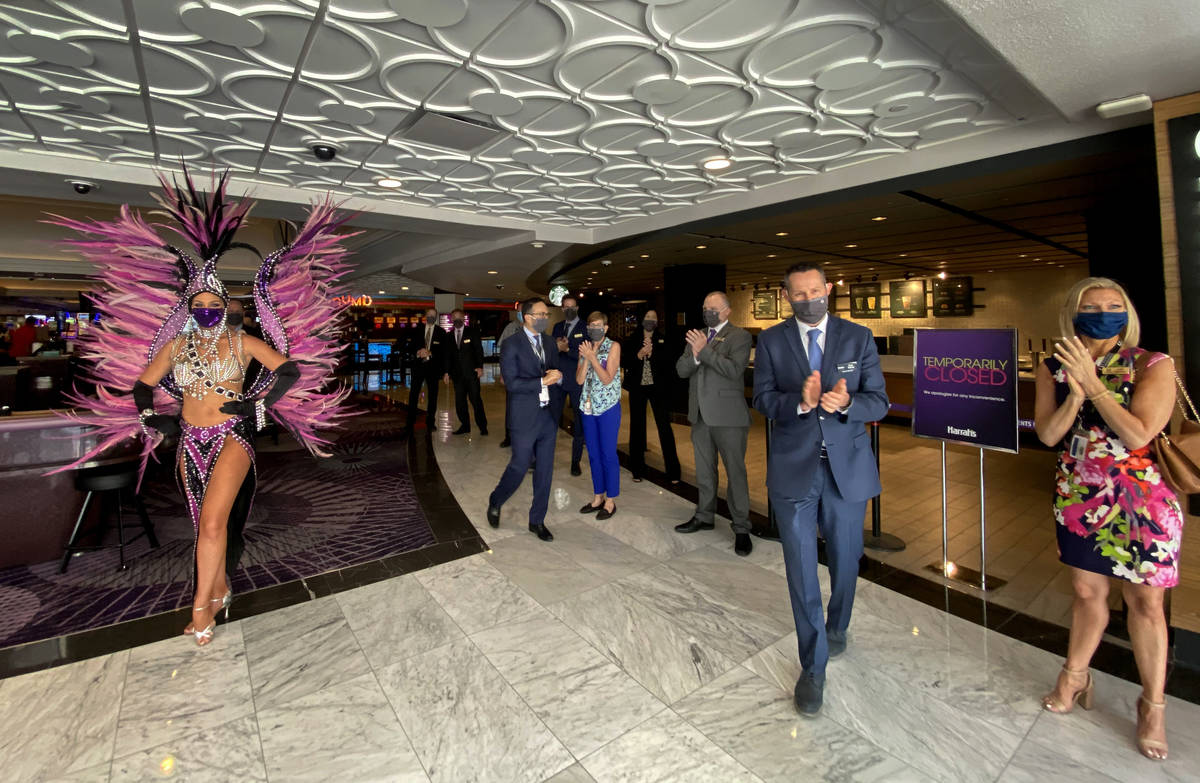 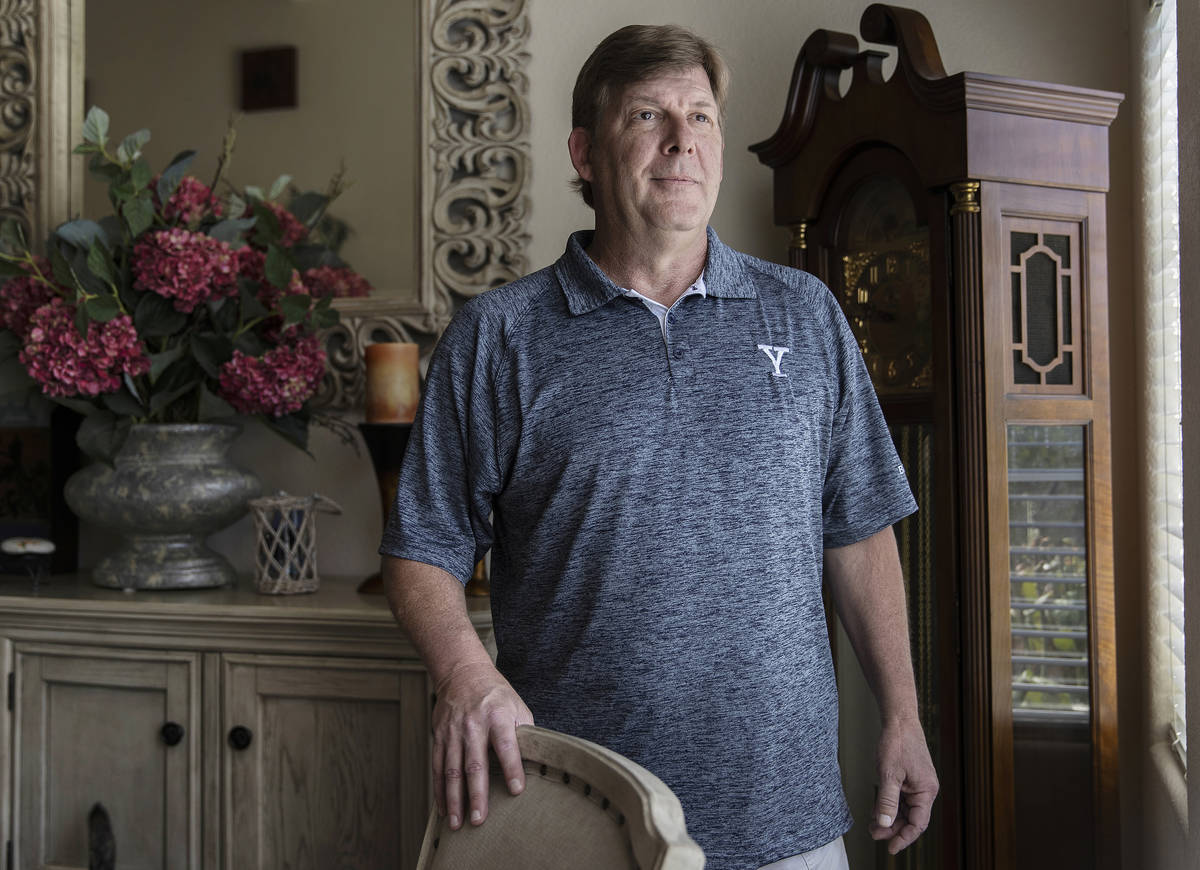 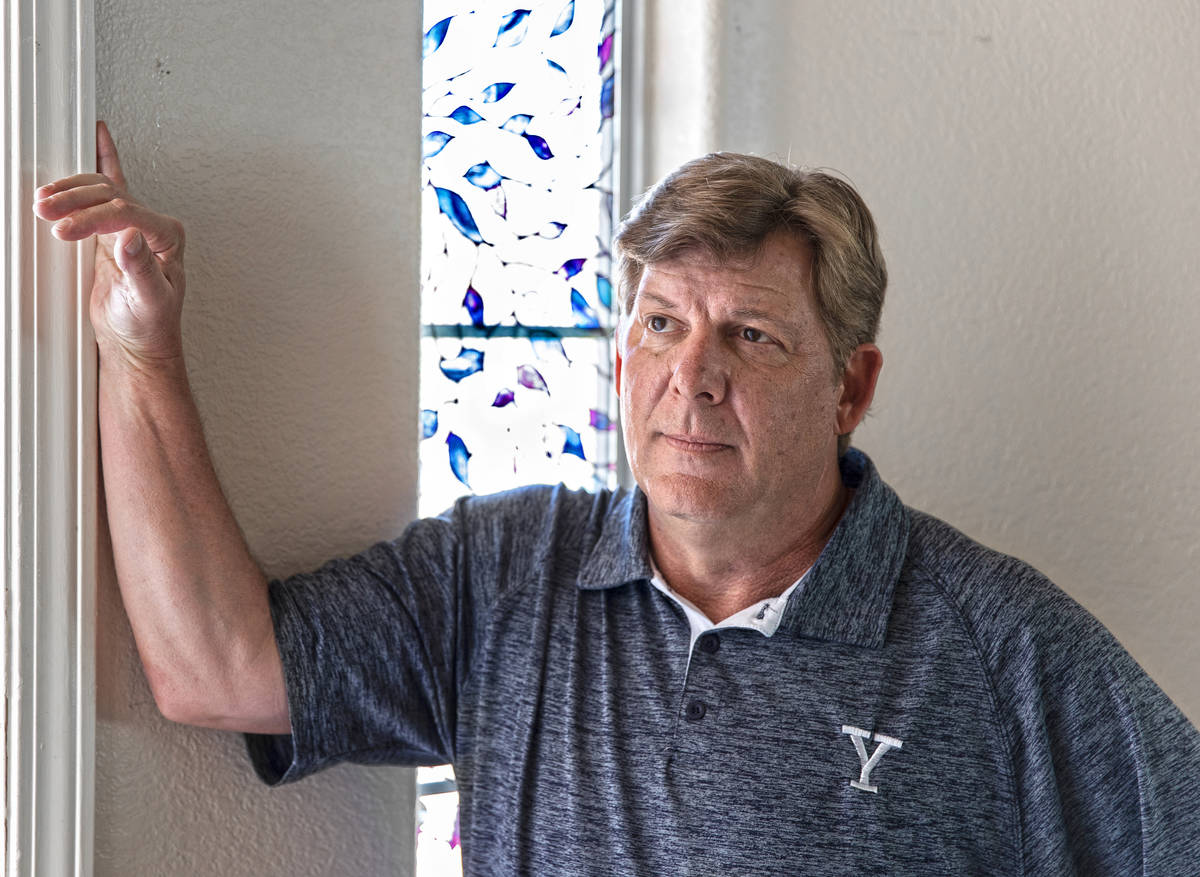 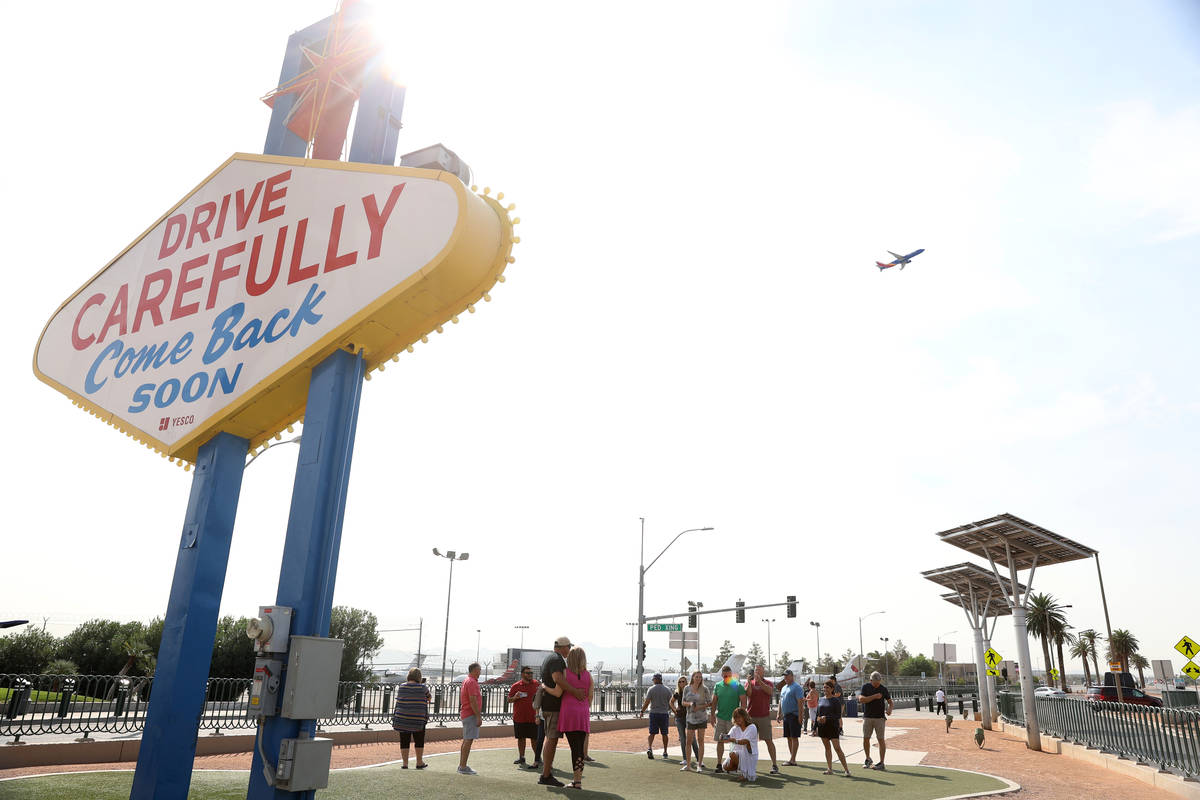 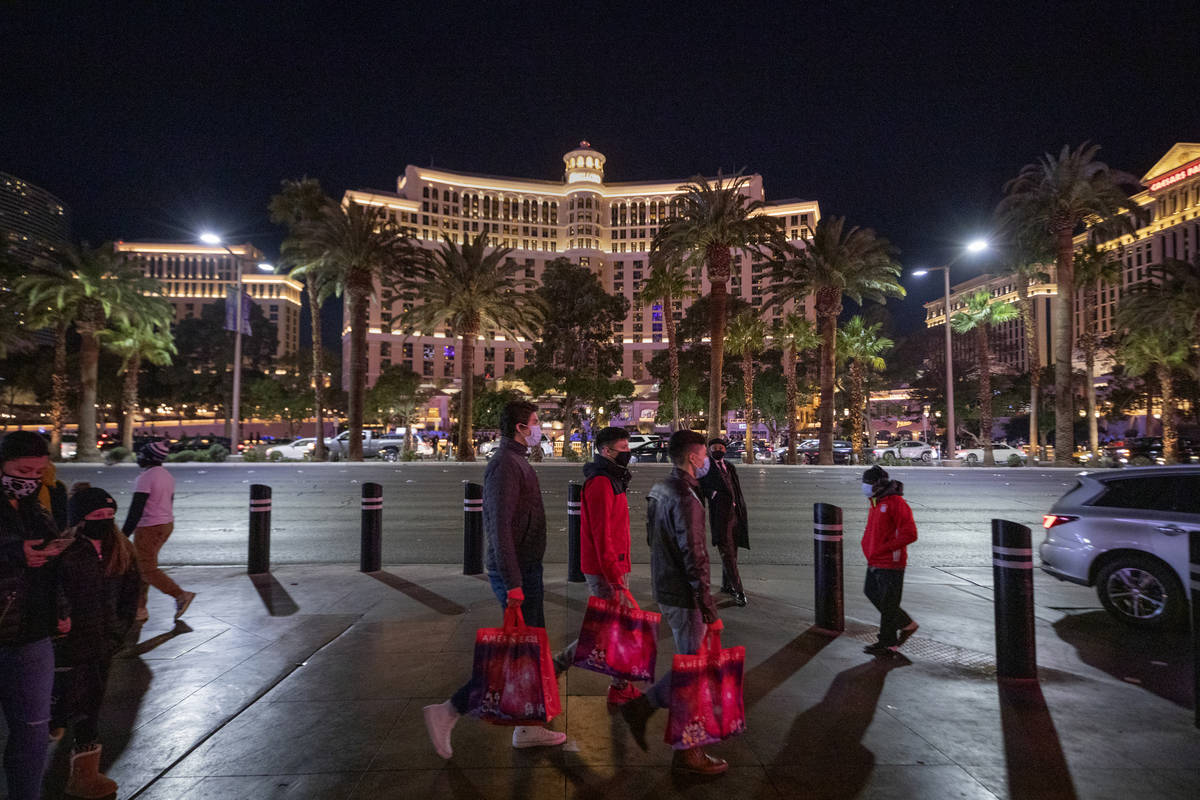 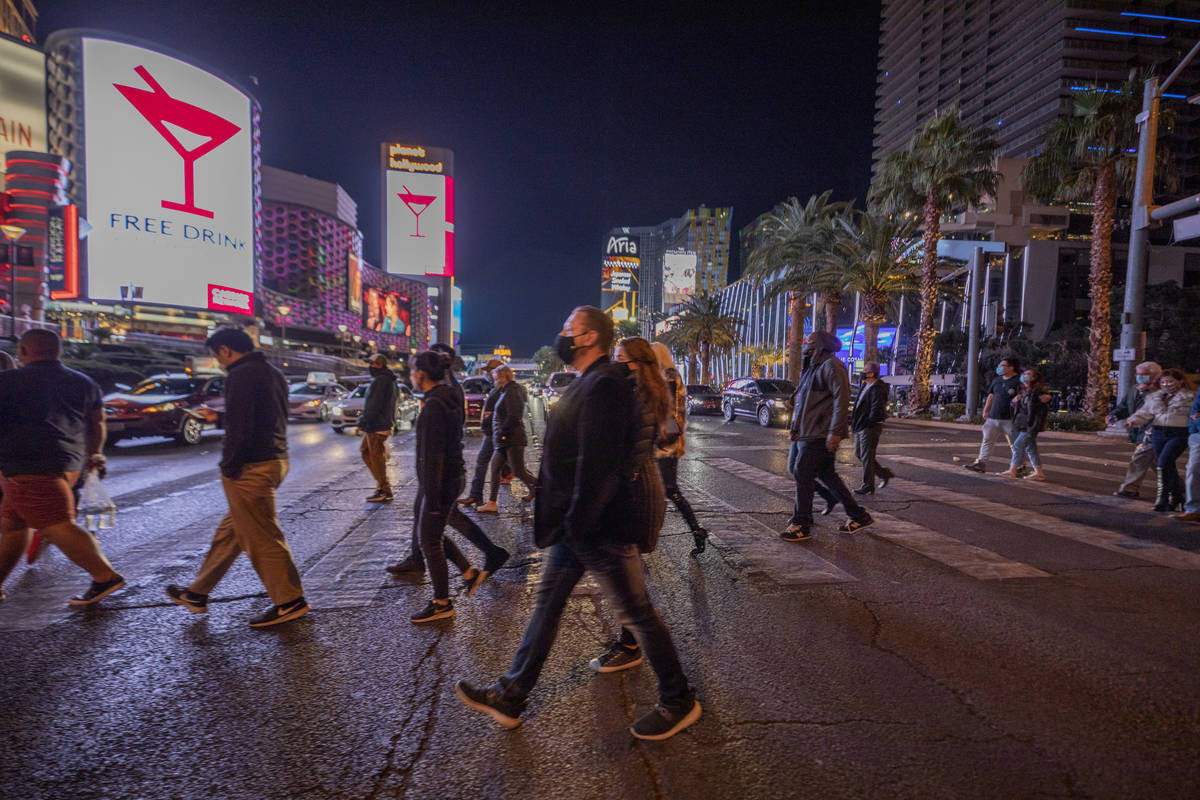 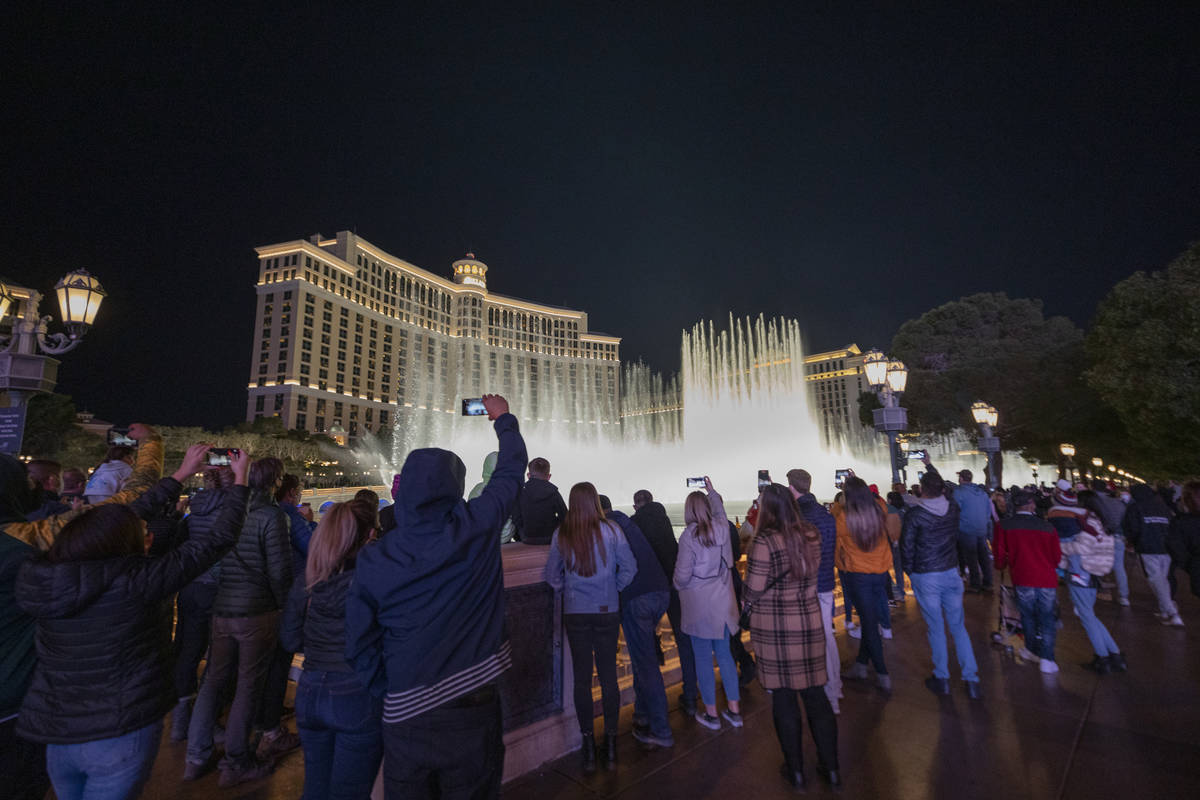 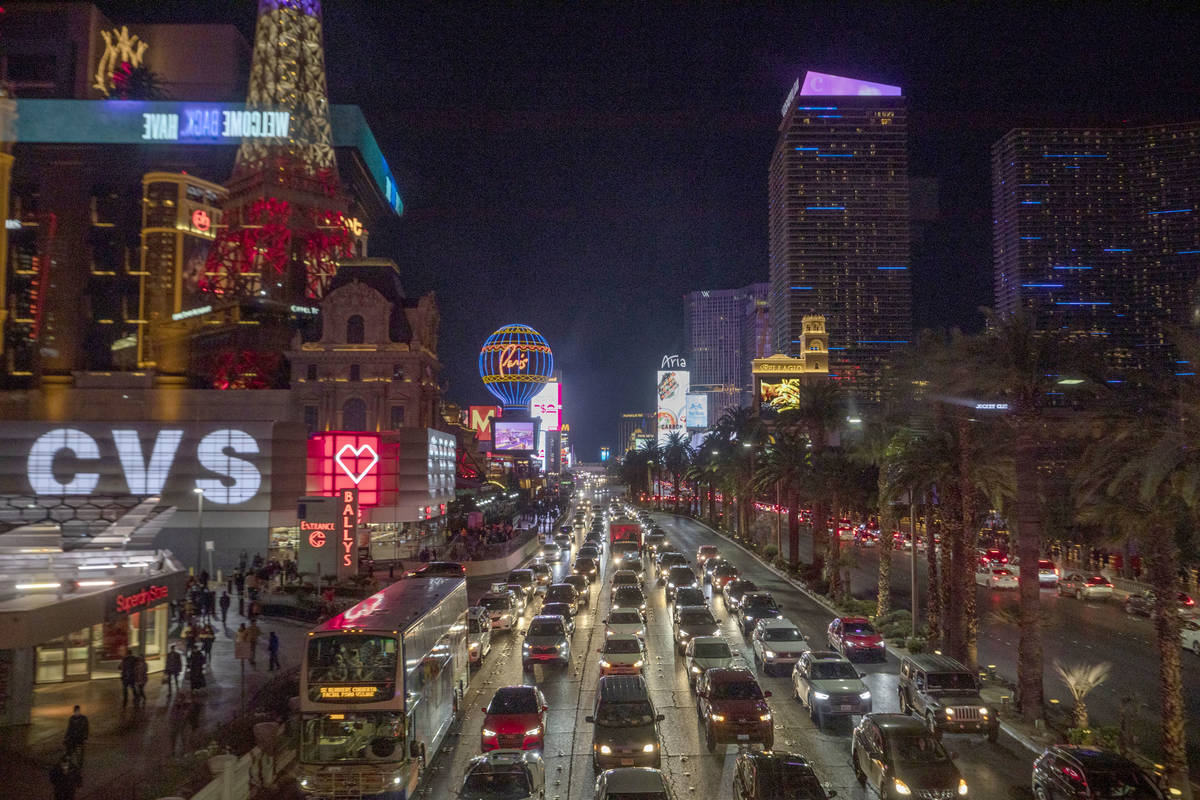 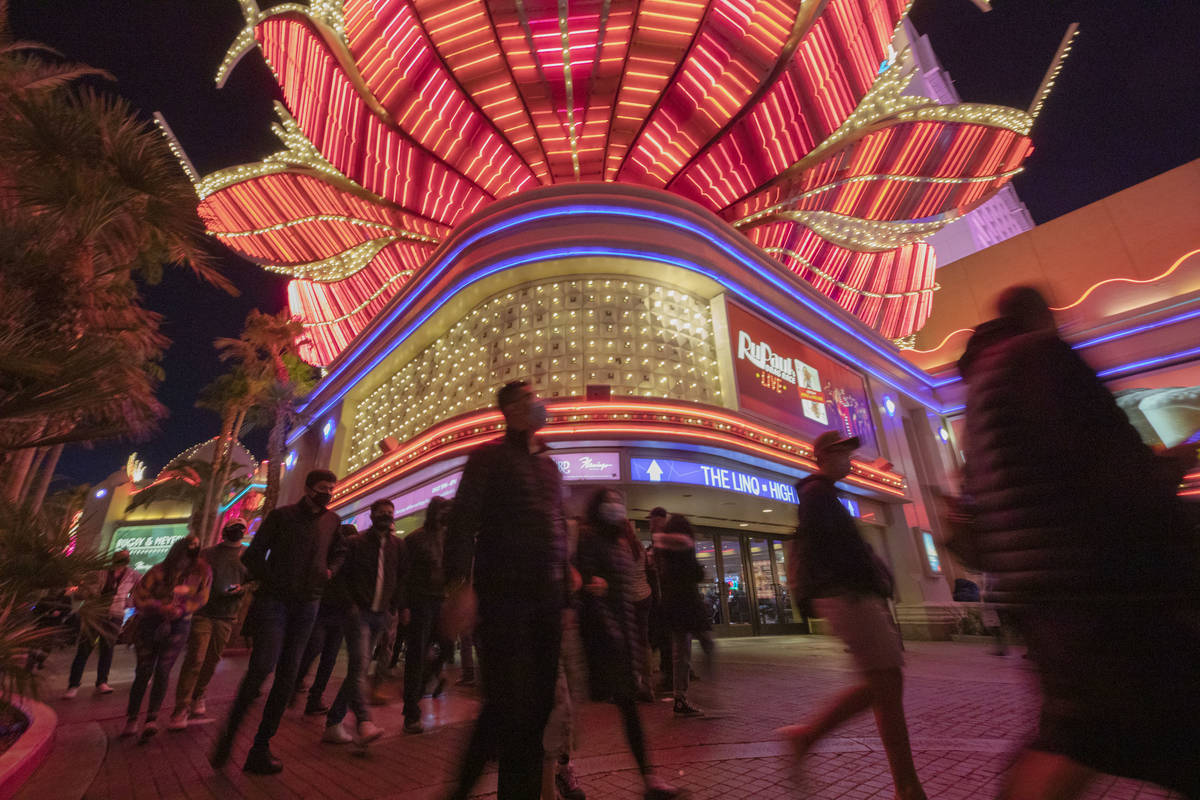 John Beckmann has been a Las Vegas casino host for 20 years, luring gamblers with free airfare, show tickets and the like.

And whenever a national crisis pummeled the local economy, he lost big with countless others across the valley.

Beckmann was laid off from Treasure Island days after the Sept. 11, 2001, terrorist attacks. Nearly a decade later, he and his wife lost a fortune on their house after the real estate bubble burst. And now he’s out of a job at Texas Station after the coronavirus pandemic shut off tourism.

His wife is still working, but amid enormous job losses in Las Vegas, he isn’t hunting for work.

“There’s really nothing out there,” Beckmann said.

Local officials have tried for decades to boost employment outside casinos, Las Vegas’ main source of jobs. But such efforts have faced plenty of hurdles, all while the massive tourism industry has kept expanding with more resorts and attractions, drawing ever more visitors and overshadowing gains in other sectors.

This heavy reliance on one industry to fuel the economy has left Southern Nevada prone to extreme booms and busts.

Early this year before the pandemic hit, around 28 percent of the Las Vegas area’s labor market worked in leisure and hospitality, by far the biggest source of jobs, compared with 11 percent nationally in the industry, according to state and federal data.

Somer Hollingsworth, former longtime head of the Nevada Development Authority, a since-renamed business booster, said Las Vegas is a “one-trick pony” and has long derived its growth from tourism.

“We’re still probably the most undiversified economy in America today,” he said.

Las Vegas started the year on strong footing. But the pandemic shut off much of the economy virtually overnight, turning the Strip into a ghost town and sparking catastrophic job losses.

The valley’s unemployment rate, just 3.9 percent in February, shot up to 34 percent in April after Gov. Steve Sisolak ordered casinos and other Nevada businesses closed to help contain the virus’ spread.

Resorts and other businesses have since reopened, but unemployment remains high in the valley, at 13.8 percent as of October, state officials recently reported.

Sisolak announced new restrictions for casinos and other businesses Nov. 22 to help curb the rapidly worsening coronavirus outbreak, forcing them to further slash customer capacity, from 50 percent to 25 percent, for three weeks. But he did not order them into lockdown again, saying he’s prioritizing Nevadans’ health and safety while “balancing the significant ramifications” that tighter rules will have “on our suffering economy.”

“No state struggles with this more than Nevada due to the lack of diversity in our economy,” he said at a news conference.

Overall, the coronavirus outbreak has kept people home and away from crowds for fear of getting infected, devastating the U.S. tourism industry and threatening the foundation of Las Vegas’ economy: a place people visit from around the country and world, often by airplane, to stay in huge hotels and eat, drink, gamble, party and network, all in close quarters with masses of others, and often indoors.

“We’re the world’s leading center of face-to-face exchanges when you’re not allowed to do anything face to face,” UNLV public policy professor Robert Lang said.

In 1931, with the U.S. mired in the Great Depression, Nevada lawmakers legalized commercial gambling amid hopes it would spark more business. As a local newspaper declared at the time, “the sky is the limit, and investors can feel safe to place their money here in high class gambling casinos.”

The industry grew, with developers putting up a string of hotels in Las Vegas’ new tourist corridor, the Strip, in the 1940s and ’50s. Amid the building boom, a business group set out to lure other kinds of employers. 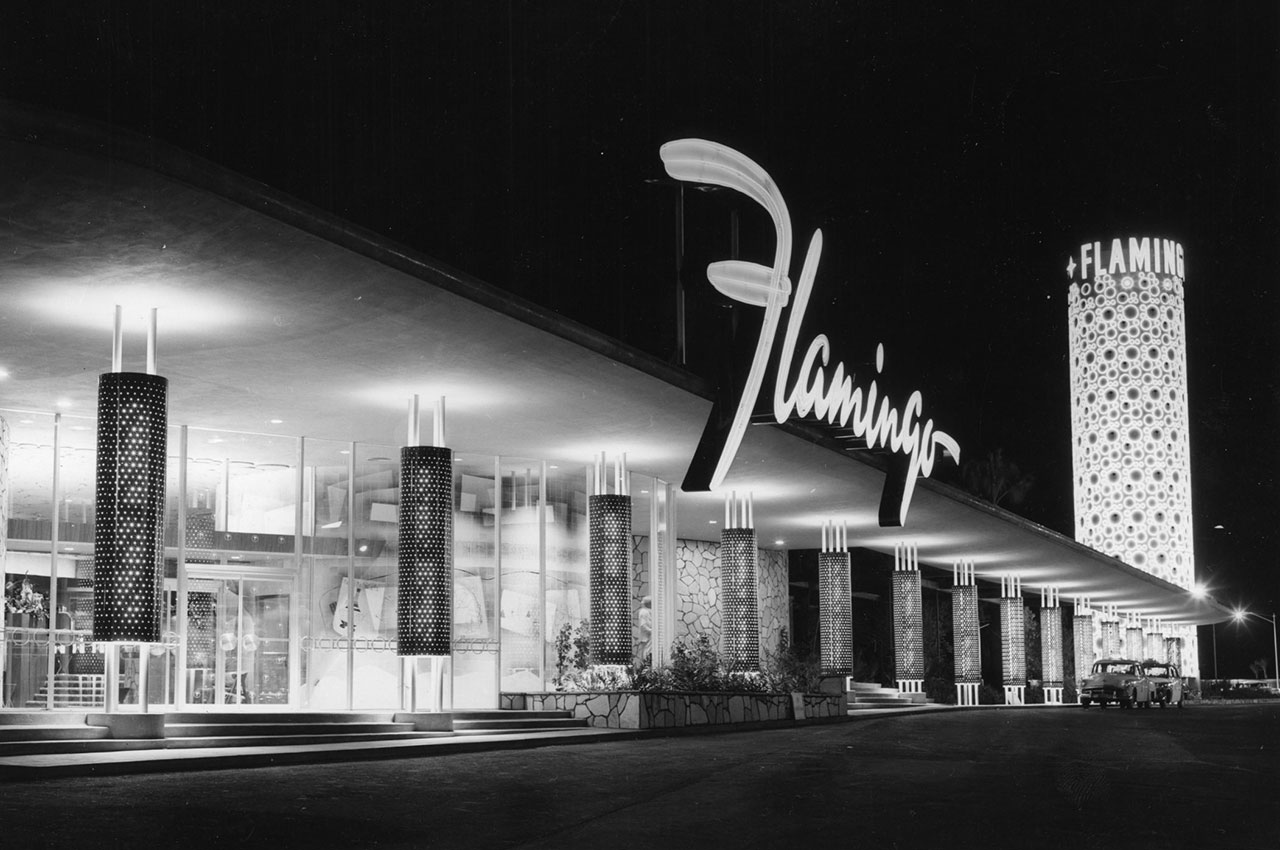 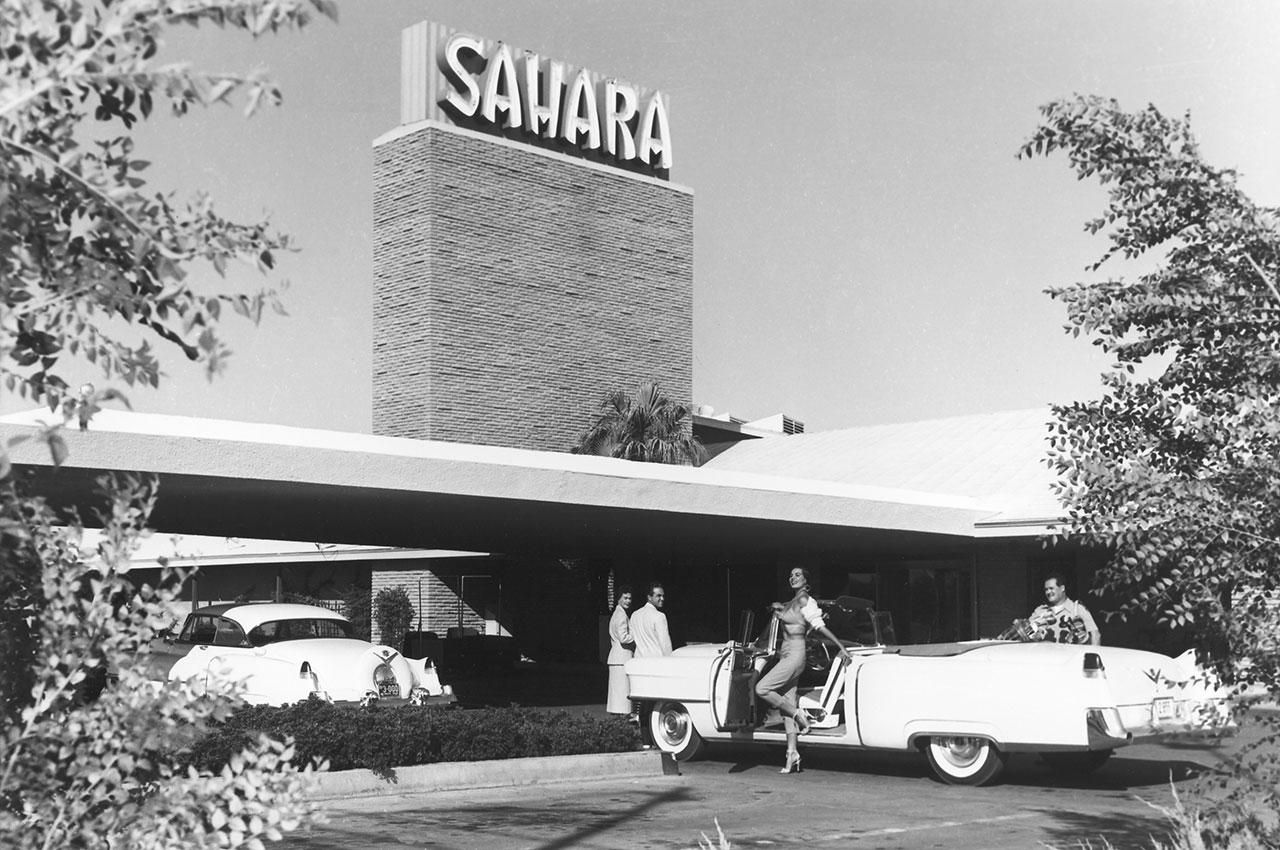 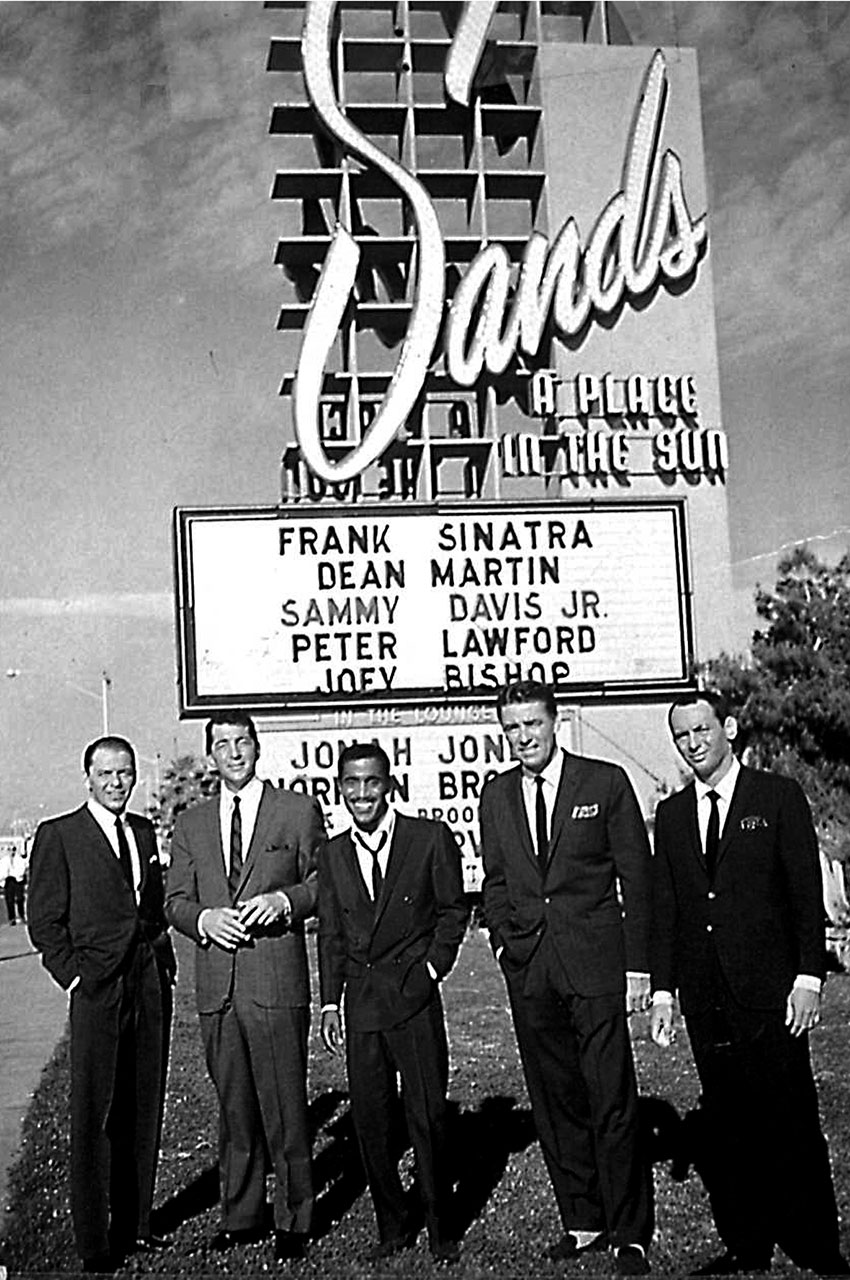 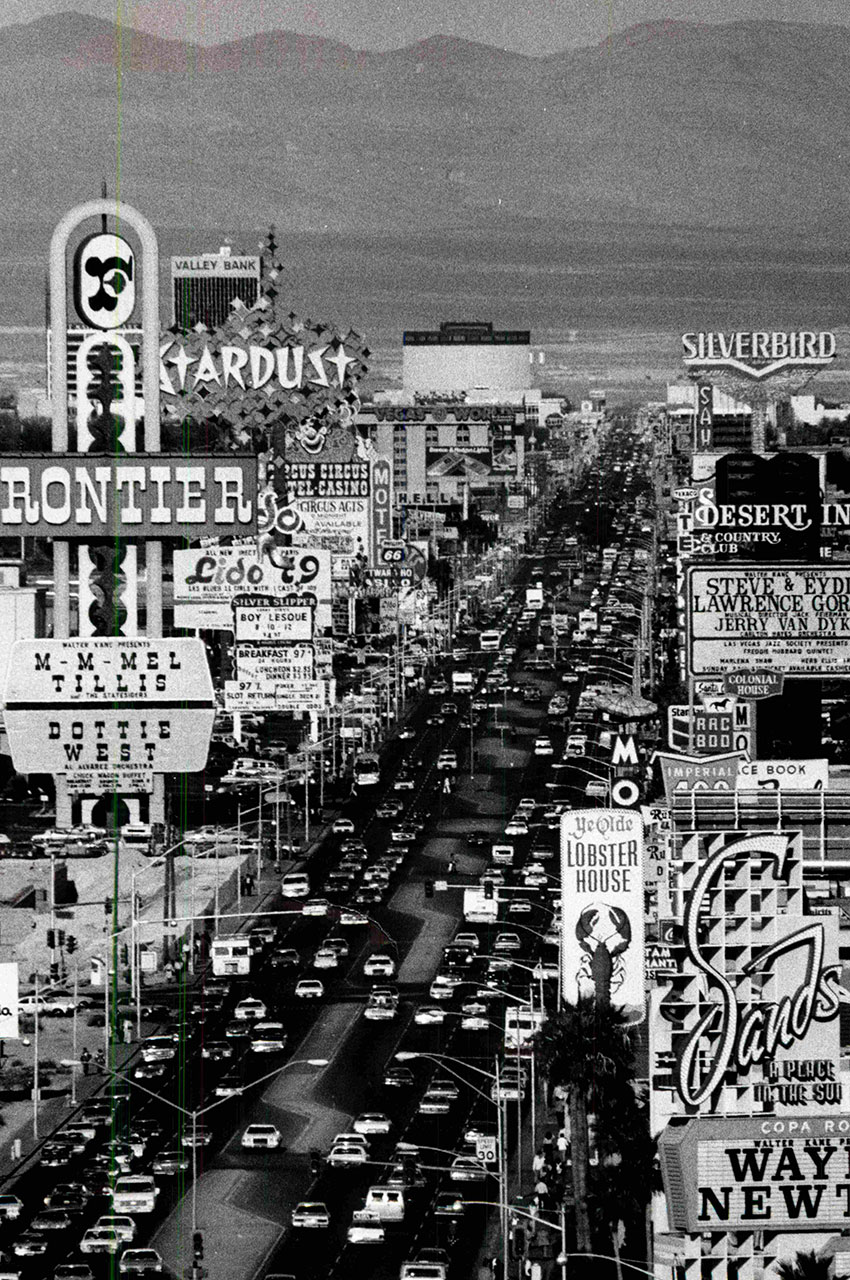 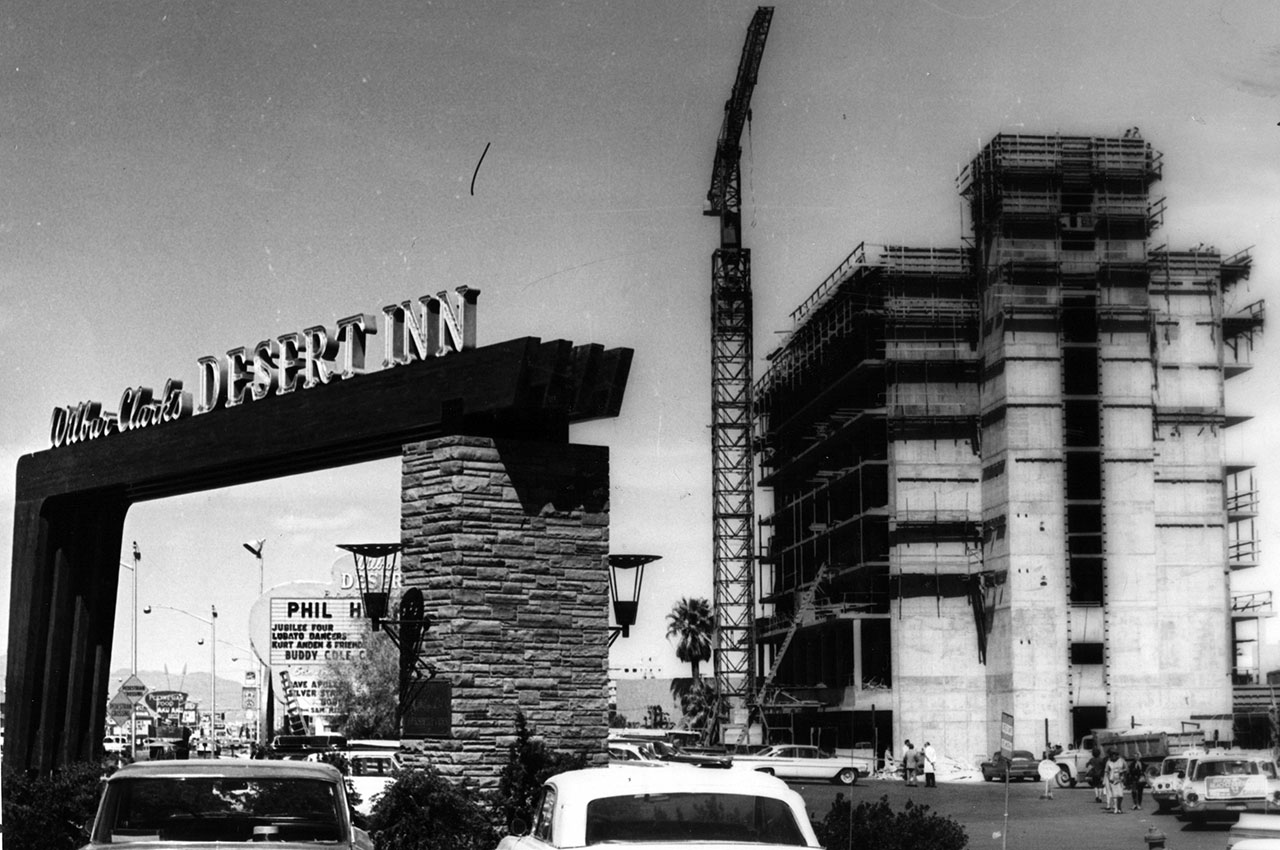 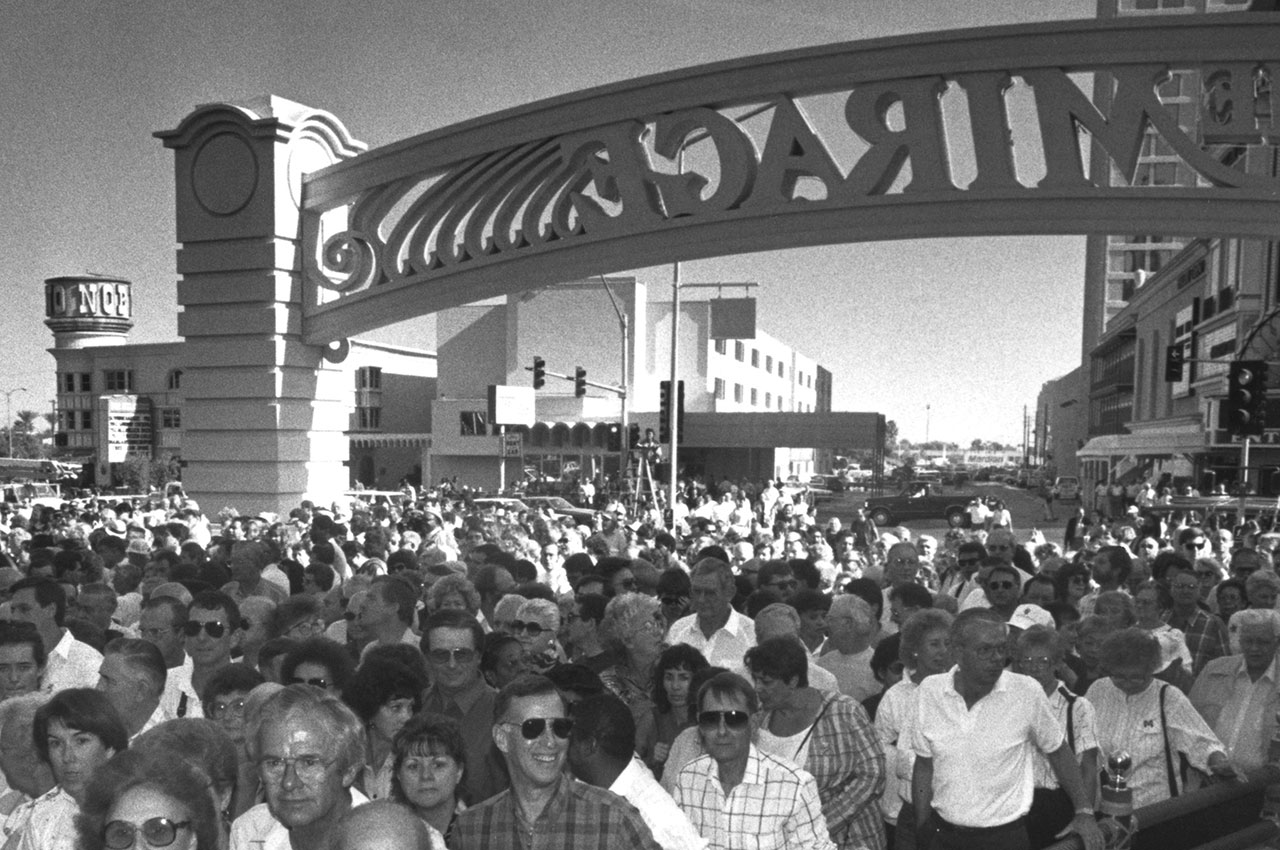 The Southern Nevada Industrial Foundation was formed in 1956 to promote industry growth and potentially “provide a stabilizing influence to our well established and highly profitable tourist economy,” a news report said at the time.

The businessmen behind the group wanted the state to buy roughly 126,800 acres of federal land south of the city, where they hoped companies would build industrial plants. They sought a 20-mile buffer so that “factory smog won’t hurt the tourist trade and workers will be less tempted to gamble,” a report said.

Still, more casinos kept opening, and not everyone thought Las Vegas even needed other kinds of jobs.

A study commissioned by local businessmen concluded in 1970 that Las Vegas neither needs “nor should ever expect to attract any sizeable non-gambling industries,” a news report said.

Southern Nevada’s population was growing “at an unprecedented rate,” and the region had actually been “more stable” than the U.S. at large during periods of economic stress, the report found.

Las Vegas, however, was soon in a tight spot. In 1976, New Jersey voted to legalize casino gambling in Atlantic City, and the national economy stumbled through a double-dip recession in the early 1980s.

Nevada was hit hard by the downturns as job losses mounted, federal data shows. To boost business, state lawmakers turned to a source of commerce far from casino floors.

The newly built complex was expected to employ at least 1,000 people and establish Nevada “as an attractive site for other national firms,” Bryan said at the time.

Local executives were itching to make it happen. Citicorp’s arrival would “represent the single greatest step” Nevada could take to change the state from being “a vulnerable one industry economy,” the North Las Vegas Chamber of Commerce president wrote in support of the effort.

“(S)uch opportunities for diversification do not appear too often,” the top boss at Nevada Power Co. wrote in support of the move.

Bryan recently told the Review-Journal that Citicorp’s arrival was a “seminal event.” The local economy was even less diversified than it is now, and it was tough to recruit non-casino-related companies, he said.

Las Vegas was seen as a place to have fun, if not as Sodom and Gomorrah, and the Mafia image “didn’t help,” Bryan noted.

The credit card facility, on Sahara Avenue near Durango Drive, opened in 1985. It closed around 2014 after Citigroup, as the company is now known, switched operations there to mortgage processing and as rising interest rates slashed expected demand for loans, news reports said.

Not long after Citicorp’s arrival, Las Vegas embarked on a roaring growth spurt — but as with past expansions, it was in tourism.

In 1989, casino developer Steve Wynn opened the Mirage, the Strip’s first modern megaresort. He immediately drew huge crowds to the property known for its volcano out front and lengthy run of Siegfried & Roy performances.

The project sparked what’s now a three-decade-long trend in Las Vegas of building big, glitzy resorts with heavy amenities. Along the way, plenty of older properties were imploded to clear space for new ones.

Thanks to a flood of easy money, Southern Nevada’s real estate market went into hyperdrive in the mid-2000s. Property values soared, developers flooded the valley with housing tracts and other projects, home-flipping was an easy moneymaker, and investors drew up plans for numerous high-rises.

Las Vegas was flying high. But when the real estate bubble burst and the U.S. fell into the worst recession in decades, Southern Nevada was ground zero for the wreckage.

The region was devastated by plunging home values, sweeping foreclosures and huge job losses. Las Vegas was littered with abandoned, unfinished construction projects, and vacant houses were left all over the valley, enabling a widespread squatter problem.

Southern Nevada spent years crawling back from the depths of the Great Recession and was riding a wave into 2020, with billions of dollars of real estate projects underway. Then the pandemic turned life upside down.

Las Vegas rapidly shut down in March over fears of the virus as the Strip became a surreal site of barricaded resort entrances. Tourists vanished, conventions and other big-ticket events were canceled, and the Raiders, fresh off their move from Oakland, California, opted to play their first season in Las Vegas without any fans in their newly built $2 billion home, the 65,000-seat Allegiant Stadium.

Today, tourists are driving and flying to Las Vegas again, but the economy is in rough shape. Visitor totals and gambling revenue remain far below year-ago levels, some resorts are still closed despite being allowed to reopen in June, and the outbreak is still raging.

Don Smale of Boulder City, who lost his construction industry job in 2009 after the economy tanked, said Southern Nevada is a “fun place to live” when everything is booming.

But, he noted, it’s prone to devastating wipeouts.

“If you like surfing big waves, it’s a great place to be,” he said. “If you don’t like getting your surfboard broken every few years, you probably need to go somewhere else.”