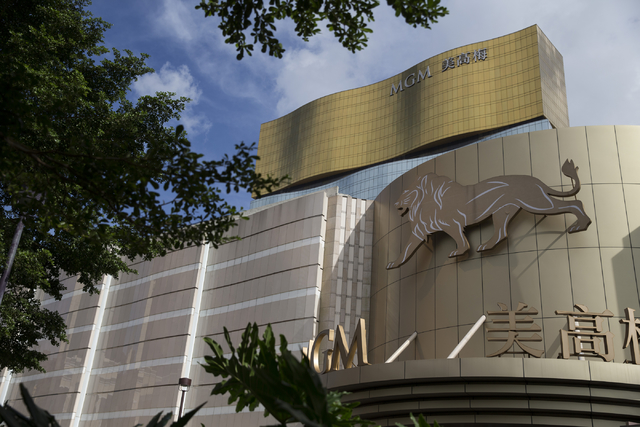 Macau’s government plans to introduce penalties for violations in its $30 billion gaming industry, as it plugs gaps in outdated laws including one banning phone-betting at casinos.

Responding to a June 2 Bloomberg report that Macau’s junket operators, which lend money to high rollers, are continuing to violate a ban last month on using mobile phones at betting tables, the Gaming Inspection and Coordination said it will “complete supplementary laws for violations and related penalties that weren’t previously included, amend outdated rules, and bring in new regulations.”

Macau has been trying to reign in an industry that’s 4.5 times larger than the Strip amid China’s campaign against corruption, which has included clampdowns on illegal money outflows via the city. That crackdown led to a two-year gaming revenue slump as mainland gamblers avoided Macau, hurting profits for casinos such as those operated by SJM Holdings and Melco Crown Entertainment.

The planned penalties “will further hurt the revenue of the struggling industry in the short term,” said Daiwa Capital Markets Hong Kong analyst Jamie Soo. If the ban on phone-betting is more strictly enforced, along with penalties, the negative impact may be incrementally felt in the months ahead, he said.

The gaming regulator currently only advises its enforcement agents to issue verbal warnings to violators of the ban on phone-betting, a practice which contributes about 20 percent of gaming promoters’ revenue, Soo said in a telephone interview.

Phone betting helps gamblers skirt China’s currency controls, as promoters conduct card games via wireless earpieces connected to mobile phones for high-stakes VIP clients. While a 2001 Macau law banned the practice, it doesn’t come with sanctions. There was no enforcement as long as operators reported the bets and the identities of the gamblers to the regulator, according to legislator Jose Maria Pereira Coutinho.

Under Macau’s 2001 law, casino operators are responsible for making sure junket operators obey the regulation even though the gaming promoters operate the rooms independently of the casinos. The May ban doesn’t lay out the responsibilities of casinos to enforce the ban.

By comparison, Singapore’s prohibition against phone betting, which took effect last year, calls for a fine of up to S$5,000 ($3,700) and six months in jail for the gambler and as much as S$200,000 and up to five years in jail for those who facilitate remote gambling.

Macau’s gaming industry “has room to improve,” and the government will further strengthen regulation through the use of technology to monitor loopholes, and enhancing staff training to raise efficiency, according to the gambling regulator’s statement. The industry’s development and regulation need to fit Macau’s goal of becoming a global tourism center and all regulations can only be applied after obtaining social consensus, the regulator said.