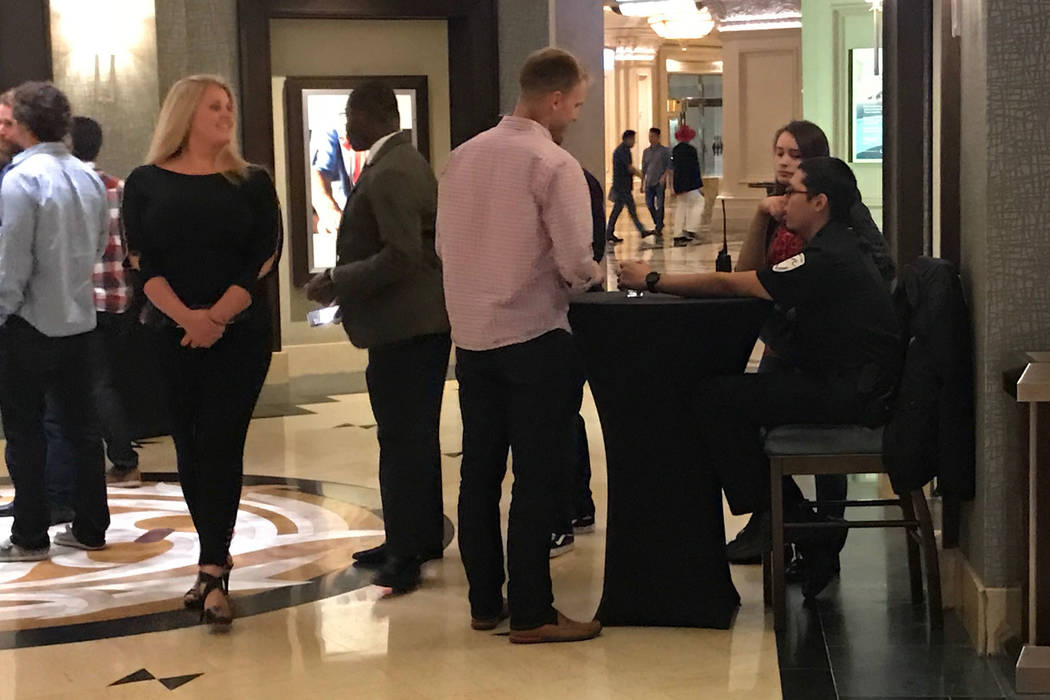 Mandalay Bay is increasing security as it seeks to reassure guests following the Oct. 1 shooting.

The hotel recently set up permanent guard posts by elevator banks leading to rooms, two guards and a front desk employee said. The workers spoke on the condition of anonymity.

MGM Resorts, the parent company of Mandalay Bay, later confirmed the policy change at Mandalay Bay, saying in a statement security ”continues to be a top priority” at its properties.

People seeking to get on the elevators must now show their room key. The new policy applies to the Delano as well.

Mandalay Bay had previously posted guards by the elevators only during major events, the guards said Thursday.

Las Vegas hotels and casinos are being forced to revisit their security procedures staff numbers after a gunman opened fire from the 32nd floor of the Mandalay Bay, killing 58 and injuring more than 500.

Boyd Gaming has recently begun informing guests that employees will enter their rooms if a Do Not Disturb sign has been left on the door for more than 48 hours. The Mandalay Bay shooter used the sign to kept housekeeping out of his suite for several days.

Several major hotels on the Strip already had similar practices of checking guests hotel keys in place before the shooting. MGM Grand currently only places a guard near its West Tower entrance during major events, a security guard at the property said.

Mandalay Bay will need to boost its security image to attract customers to its property, said industry experts.

“Whenever you have a tragedy at a property, your PR efforts are going to have to focus on reassuring guests they are safe,” said Mehmet Erdem, a professor of hospitality at UNLV. “It is more prudent in this day in age to have guards by the elevators” to hinder not just a lone shooter, but theft and other crimes, he said.

That forced Mandalay Bay to cut work hours for some of its staff. Mandalay Bay expects business to pick up again and add employee hours in January with the onset of the new convention season.