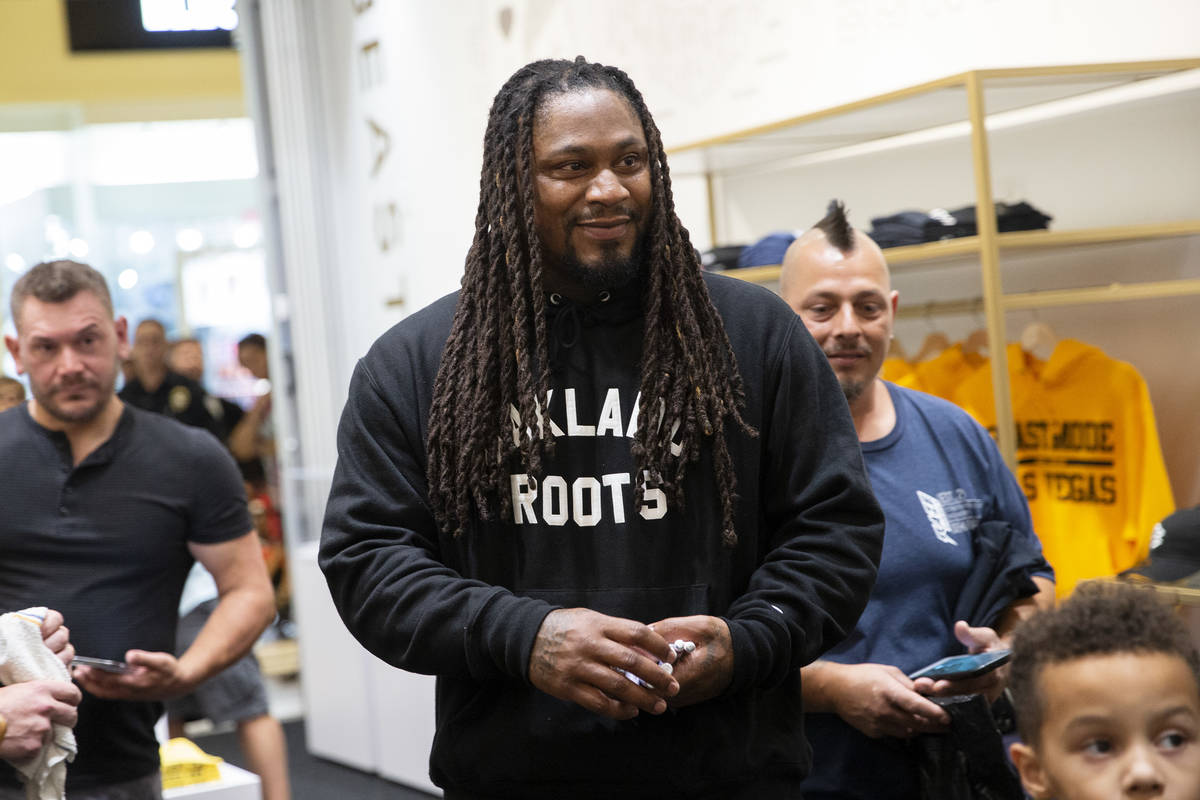 NFL running back Marshawn Lynch interacts with fans and customers at the opening of his store, Beast Mode, in The Shoppes at Mandalay Bay Place on Thursday, July 15, 2021, in Las Vegas. (Ellen Schmidt/Las Vegas Review-Journal) @ellenschmidttt 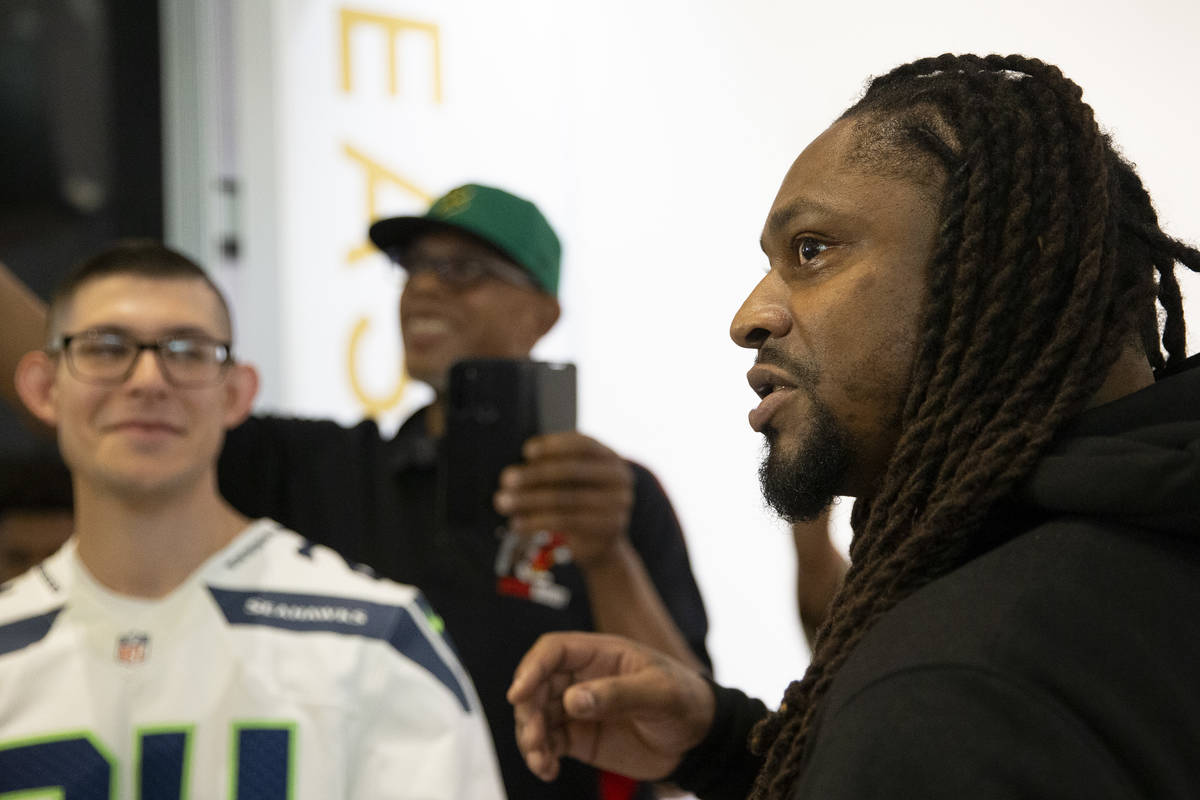 NFL running back Marshawn Lynch speaks to media at the opening of his store, Beast Mode, in The Shoppes at Mandalay Bay Place on Thursday, July 15, 2021, in Las Vegas. (Ellen Schmidt/Las Vegas Review-Journal) @ellenschmidttt 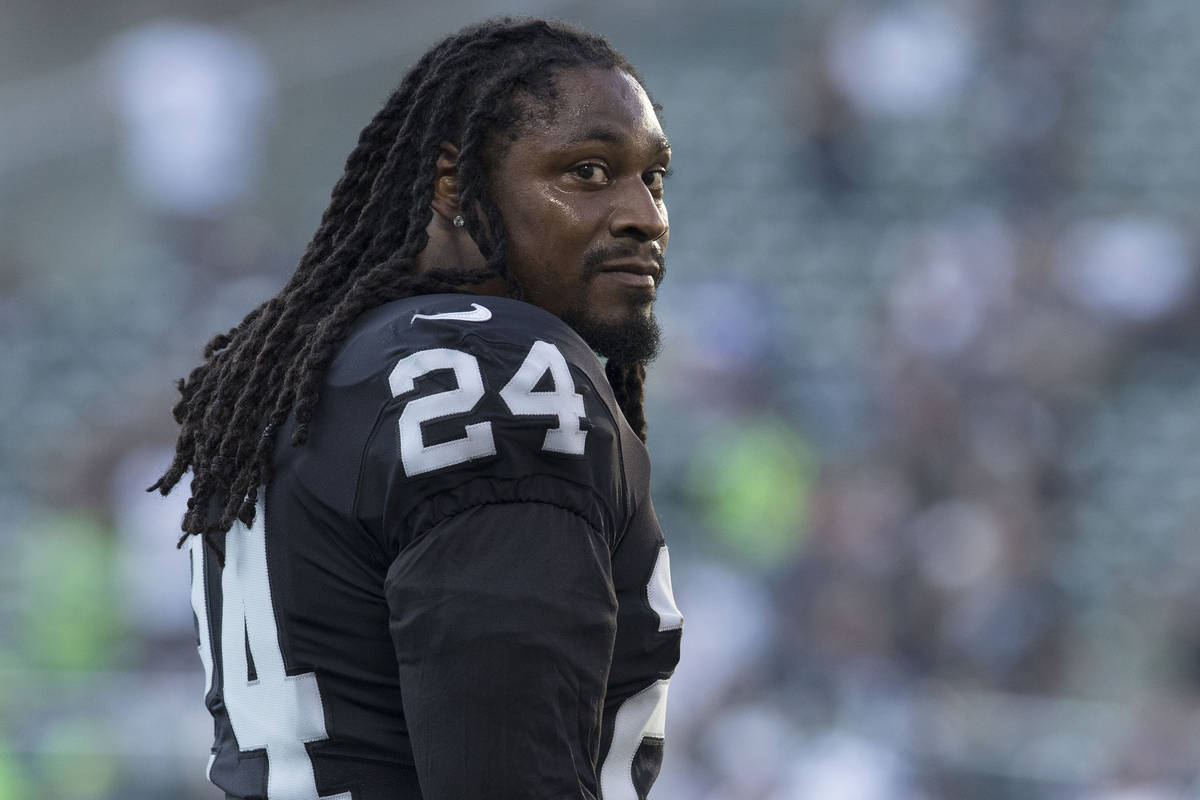 Lynch will star in marketing campaigns and engage with BetMGM players via social media content, media appearances, fan events and more, according to a Wednesday news release, similar to the roles of fellow BetMGM brand ambassadors Barry Sanders, Wayne Gretzky and Jalen Rose.

“Being part of the BetMGM family is dope and an honor. They’re the leaders in online gaming so I’m excited to learn about the industry from the best and find ways where I can have an impact,” Lynch said in a statement. “Plus, with ambassadors like Barry, Gretzky and Jalen, I think da’ kid is in good company, ya know what I mean?”

Matt Prevost, chief revenue officer, BetMGM, said, “Lynch is both an incredible athlete and larger-than-life personality. The impact he has made on the game of football, coupled with his status as an electric superstar, makes him a tremendous addition to the BetMGM team.”

A Super Bowl champion and five-time Pro Bowler, Lynch rushed for more than 10,000 yards and 85 touchdowns in his 12-year career during stints with the Buffalo Bills, Seattle Seahawks and the Raiders in Oakland.

Lynch also opened a new Beast Mode store location inside the Mandalay Bay this month where his Lynch-branded T-shirts, hats and other lifestyle and athleisure wear is for sale.