RJ App
Vegas News, Alerts, ePaper
OPEN
RJ Reporter Eli Segall Talk about Derek Stevens and the impact he has has on the development and atmosphere of Downtown Las Vegas 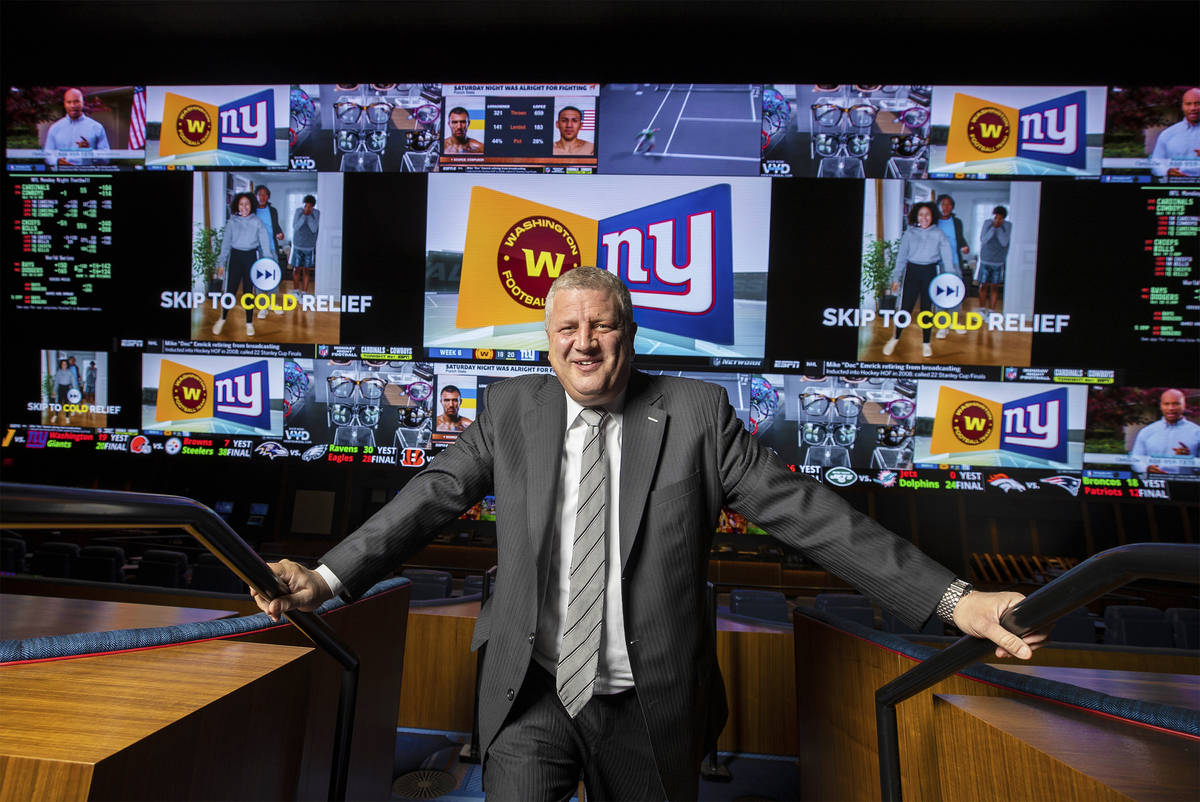 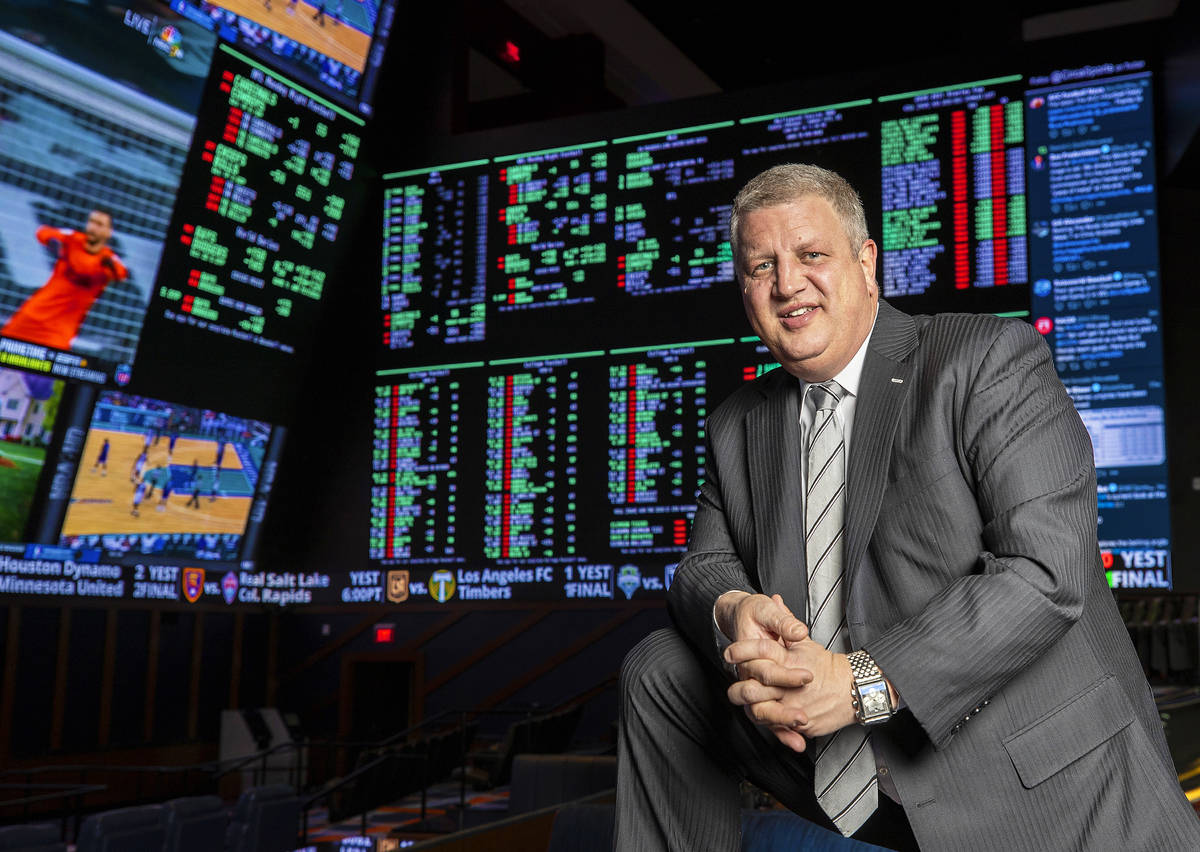 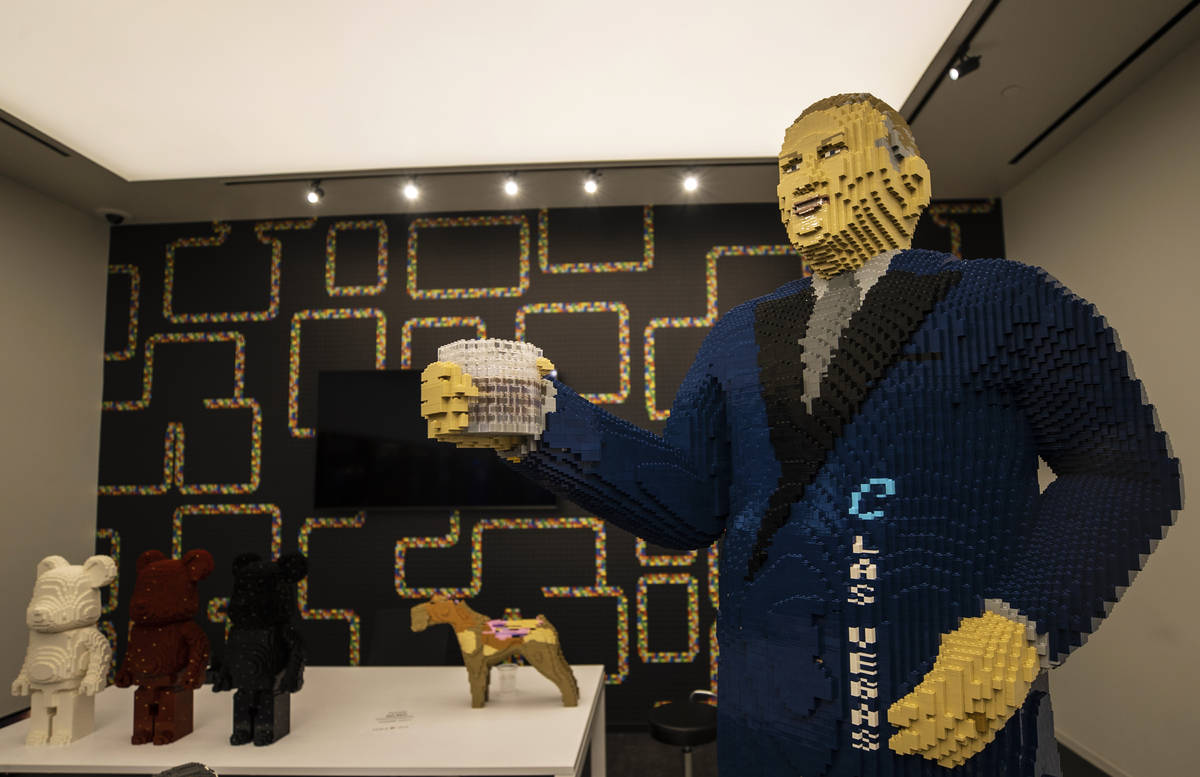 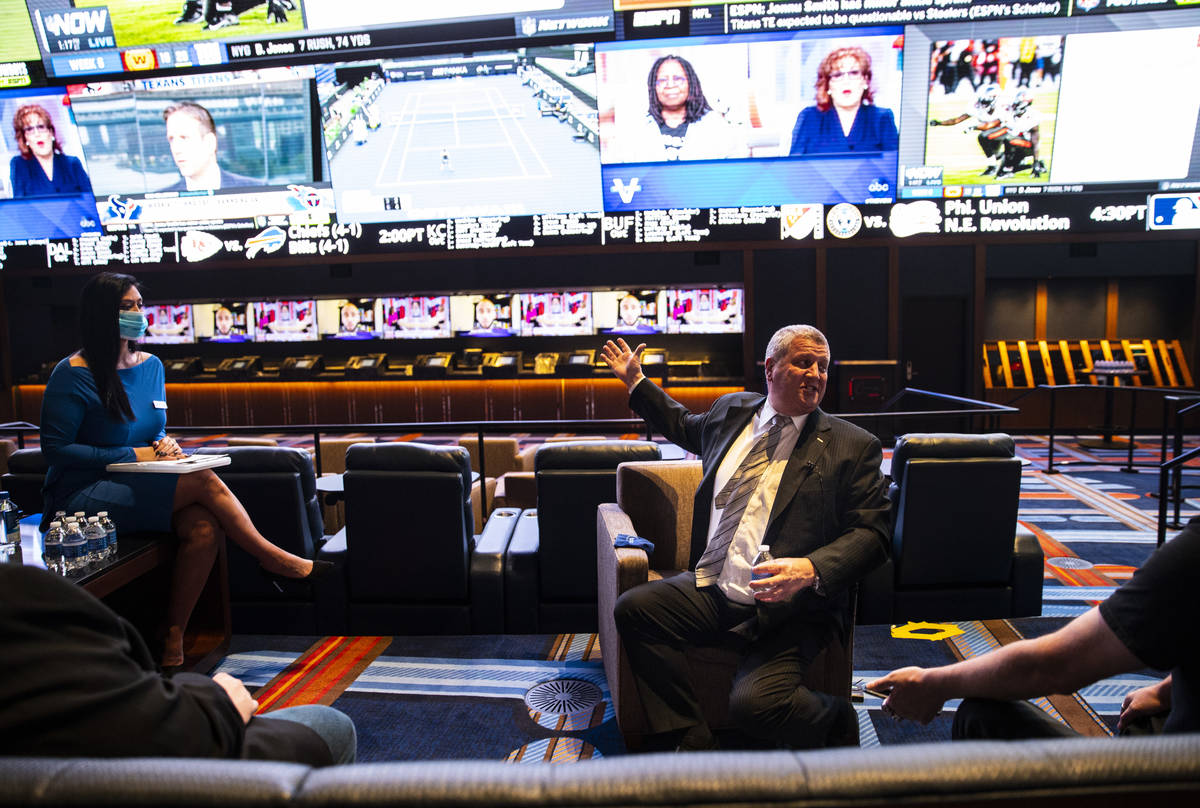 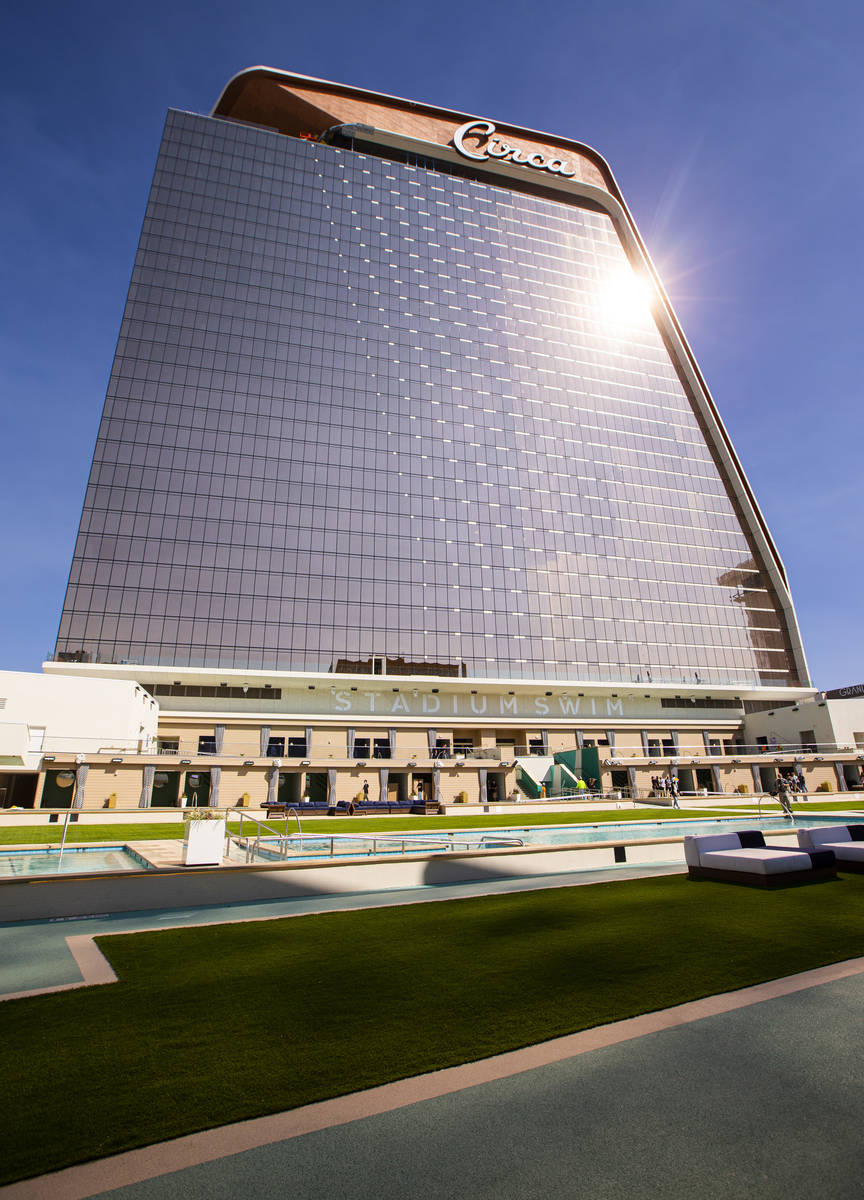 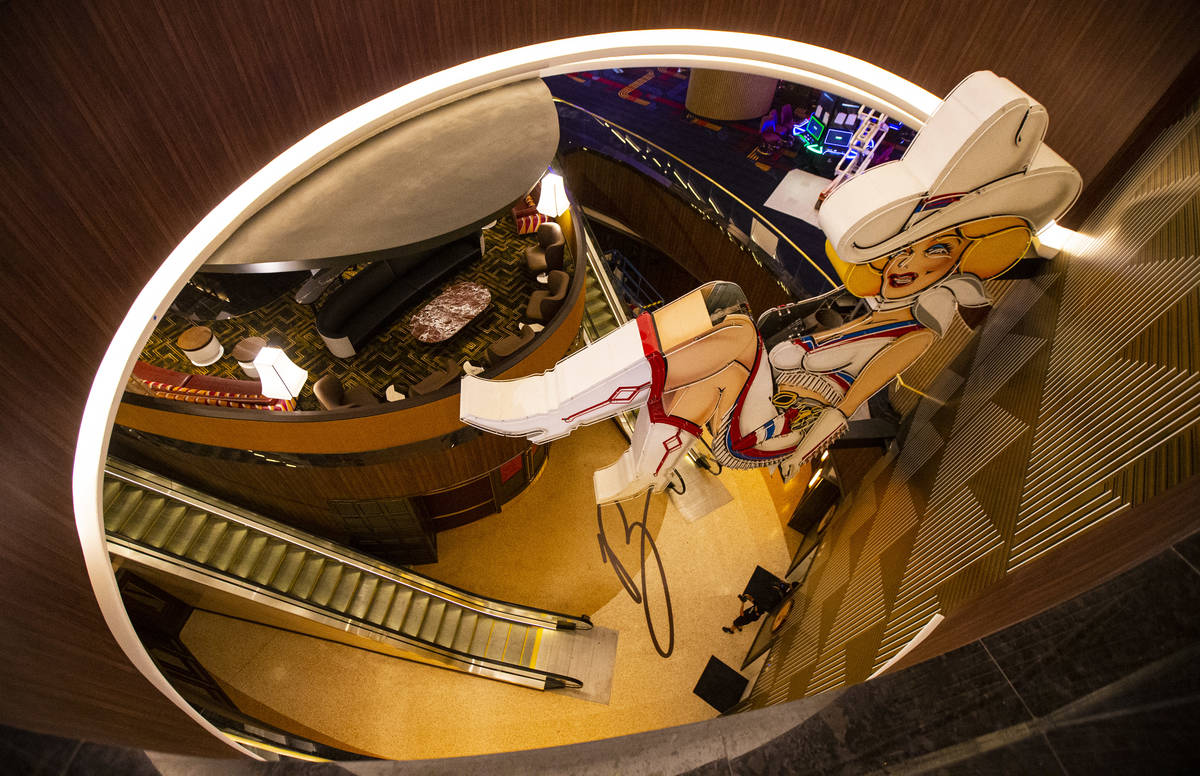 A view of Vegas Vickie from the second-level casino floor during a tour of Circa, the first from-the-ground-up casino built in downtown Las Vegas in 40 years, on Monday, Oct. 19, 2020. (Chase Stevens/Las Vegas Review-Journal) @csstevensphoto 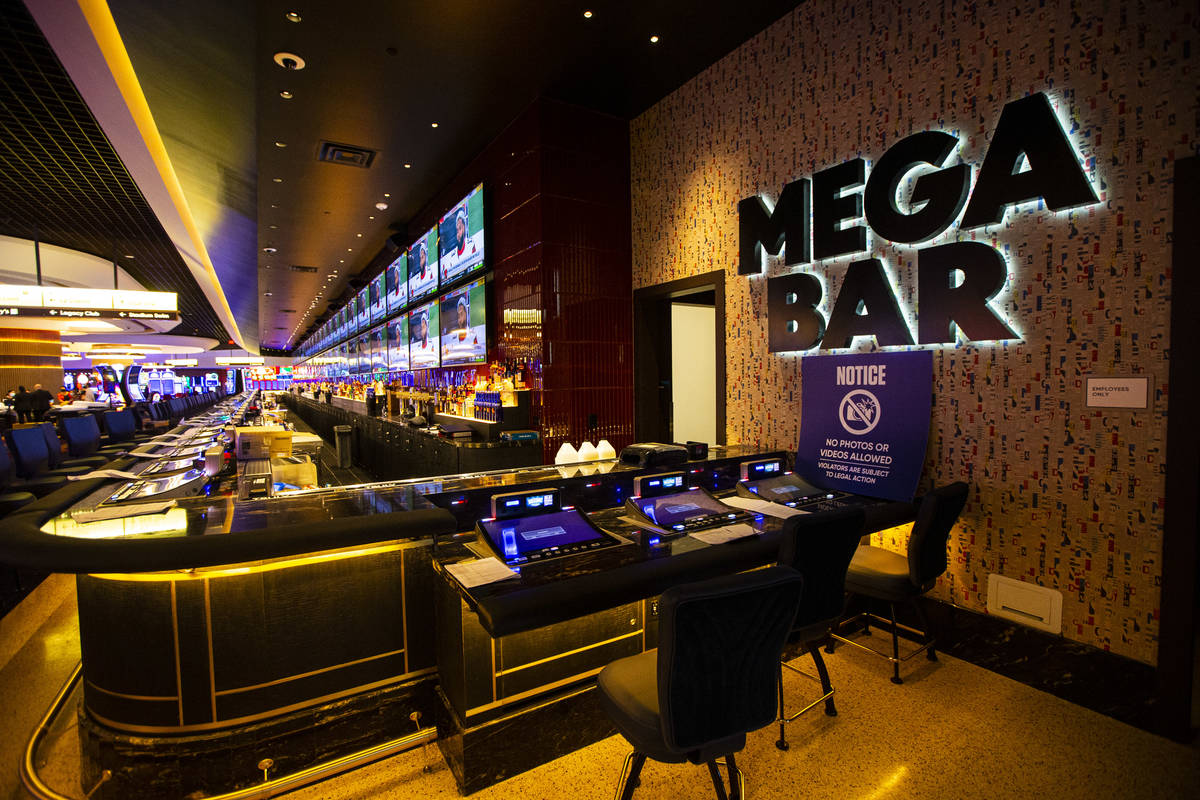 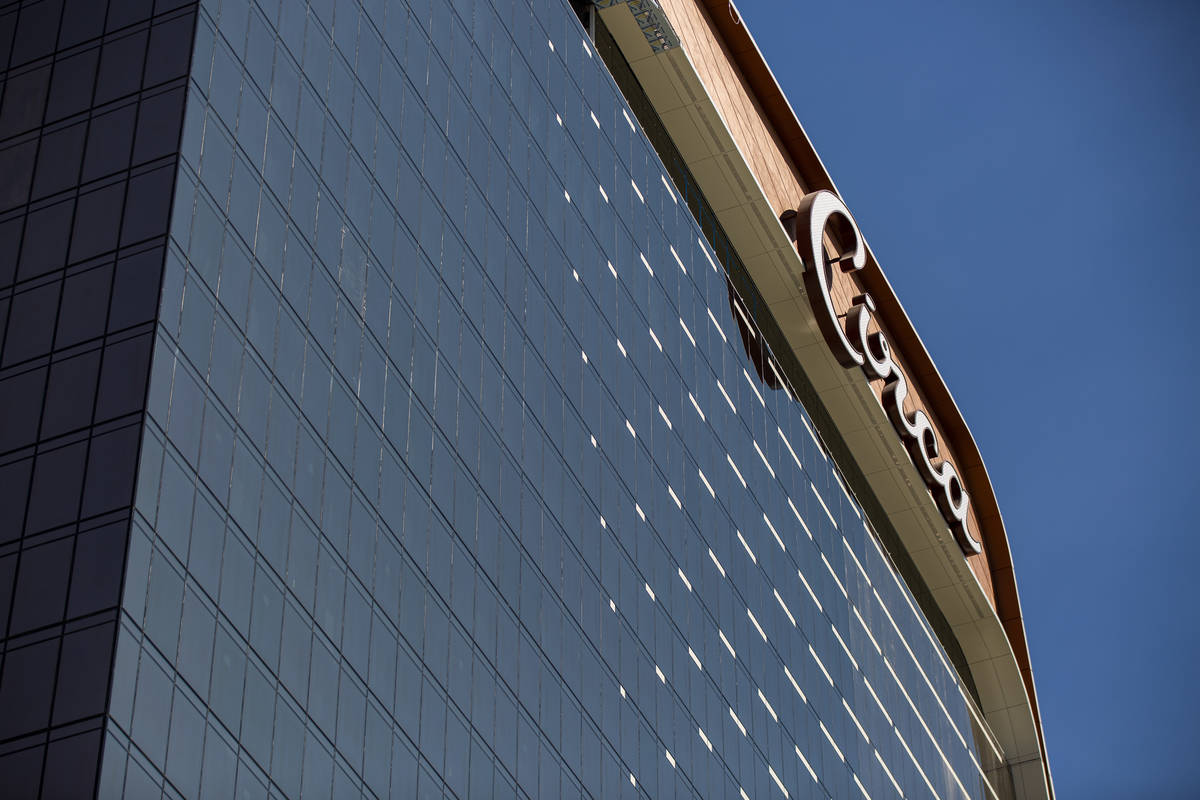 A view of Circa, the first from-the-ground-up casino built in downtown Las Vegas in 40 years, on Monday, Oct. 19, 2020. (Chase Stevens/Las Vegas Review-Journal) @csstevensphoto 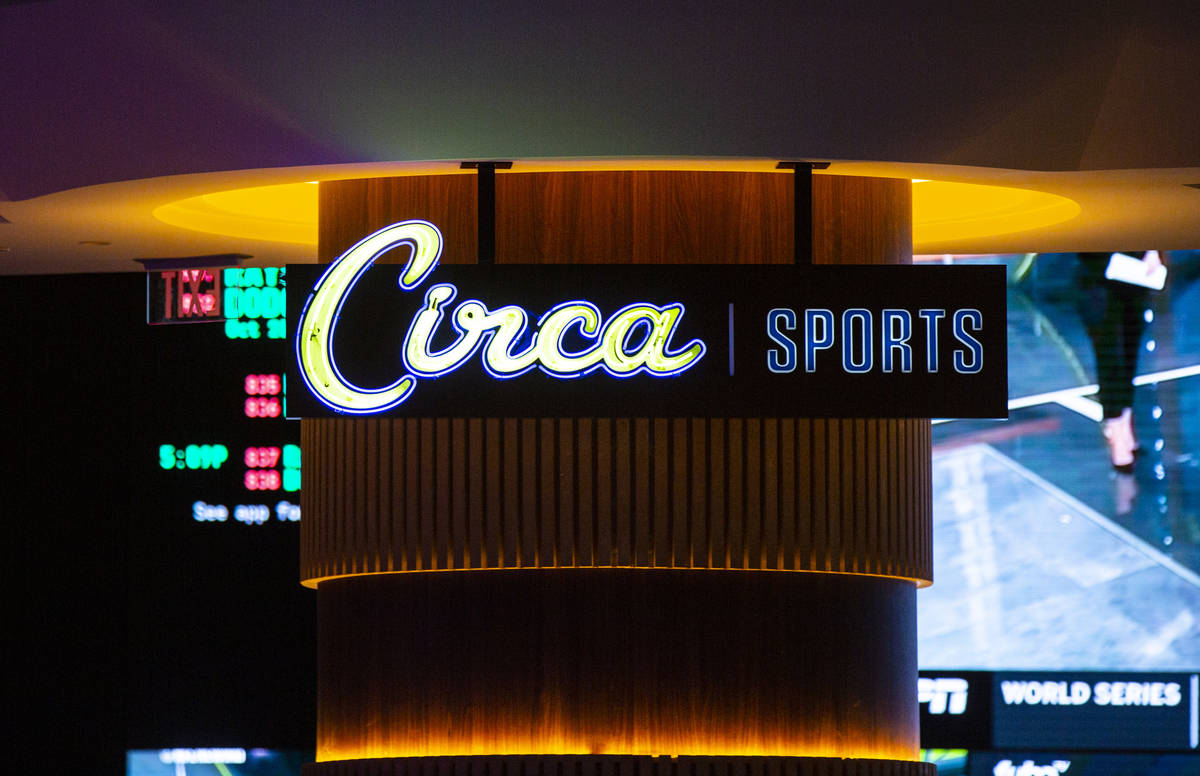 Signage for the Circa Sportsbook is seen during a tour of Circa, the first from-the-ground-up casino built in downtown Las Vegas in 40 years, on Monday, Oct. 19, 2020. (Chase Stevens/Las Vegas Review-Journal) @csstevensphoto

Heavyweight boxers Riddick Bowe and Evander Holyfield were trading blows in a championship bout at Caesars Palace when, during the seventh round, a paraglider crashed near the ring.

The aerial interrupter sparked pandemonium at the 1993 outdoor fight. But for at least one person there, the whole evening produced something of a vision.

Derek Stevens, then 26, attended the boxing match. The fight was “a special moment in my life,” not because of the chaos but from the energy in the air, the way people dressed, and the amount of money pouring in, he later recalled.

“I was just a young guy then, but I looked around at all the sightlines and this beautiful night on the Strip, and I thought, ‘One day I’m going to put on events in Las Vegas,’ ” he once said.

Stevens has done much more than that, becoming a high-profile casino owner in downtown Las Vegas. And now, the Michigan man-turned-Vegas showman has unveiled his biggest project yet.

His new resort, Circa, opened its casino, restaurants and year-round pool complex Wednesday. The hotel tower, with its very Vegas total of 777 rooms, is slated to debut at year’s end.

The glitzy destination also reflects much about the developer behind it — an old-school-style operator with a visible presence and a big personality.

‘You need a gambler for that’

Unlike corporate rivals in town, the 53-year-old Stevens is known for hitting the floor of his properties, the D Las Vegas and the Golden Gate, and mingling with guests, like casino operators of past generations. He is often seen at the D’s lively Longbar, seeks feedback from customers, and introduces bands at his outdoor events center nearby.

Stevens “connects with his customers because he is one of them,” said casino historian David Schwartz of UNLV, adding that operators who don’t fully understand their guests rely on focus groups and the like.

Former Nevada Gaming Commission Chairman Tony Alamo said Stevens knows every detail of his casinos’ operations and acts as his own marketing department by being visible on the ground.

It’s becoming a “rarity” to see that style of ownership amid widespread corporate control of Las Vegas resorts, he noted.

“He is old school,” Alamo said.

Overall, Stevens has given downtown “a big personality” and, by building Circa, is offering a Las Vegas Boulevard-type experience on Fremont Street, according to Caesars Entertainment board member and former Las Vegas Mayor Jan Jones Blackhurst.

“You need a gambler for that,” she said. “Corporate America doesn’t make those kinds of bets.”

Stevens was born Sept. 17, 1967, in Detroit and grew up in the suburbs. His dad was an architect, and his mom, who studied math and physics, taught high school, he told the Review-Journal.

He first visited Las Vegas in the late 1980s and stayed at the Dunes. He won about $20 with his friend, so they stayed another night, he told the Nevada Gaming Control Board in a September hearing.

Stevens came back to America’s casino capital many times over the next two decades for business and pleasure, he told the control board. He recalled walking into the former Las Vegas Hilton for the first time and seeing its massive sportsbook, visiting the newly opened Mirage, staying at Bellagio, and going to boxing matches, including the infamous bout at Caesars Palace.

Stevens, who earned an MBA in finance in 1994, comes from a family that manufactures auto parts. He runs an investment portfolio as part of his business, he told the Review-Journal, and by 2007 he owned a stake in the former Riviera’s parent company, giving him a piece of the Strip, according to a securities filing.

He also reached a deal in 2007 to buy the Las Vegas 51s minor league baseball team, then based at Cashman Field. As with other acquisitions by Stevens in later years, the purchase price was not disclosed.

He was a visible baseball boss.

“If you’re a regular attendee of 51s games, you’ll most likely get your chance to meet Stevens,” the Review-Journal reported in spring 2008, noting he walked through the stadium shaking hands with early arrivers and game day workers.

Stevens and his low-profile brother, Greg Stevens, got a foothold in downtown’s casino market with a 50 percent stake in the Golden Gate in 2008. Derek later became its chief executive, and the brothers took full ownership in 2015.

Cross-promotional ideas quickly followed their initial investment in the property: If the 51s scored 10 runs at home, fans in attendance would get a free shrimp cocktail at the Golden Gate.

The brothers expanded their downtown casino holdings in 2011 with the purchase of Fitzgeralds for an undisclosed sum. They renovated the place and renamed it the D Las Vegas, announcing it was in honor of their hometown roots, downtown itself, and Derek’s name.

In 2013, Stevens sold the 51s to Summerlin developer The Howard Hughes Corp. and partners for a reported $20 million. He also laid the groundwork that year for another project downtown, submitting the minimum — and only — bid to purchase the shuttered Clark County Courthouse at auction for $10 million.

He tore it down and opened the Downtown Las Vegas Events Center in 2014. Over the years, the nearly 3-acre site has hosted concerts, large-scale sports viewing parties, and boxing matches, including a Don King-promoted fight in 2015 that aired on Showtime.

At the time, King said Stevens had “revitalized” downtown.

Stevens doesn’t shy from the limelight, often creating it for himself, including when he started accepting virtual currency Bitcoin for food and other nongambling transactions at the D and the Golden Gate, a casino-industry first.

He was filmed inside the D for the CNBC program “The Profit: High Stakes” and has garnered media coverage for wagering hundreds of thousands of dollars on college basketball.

Pro athletes and other celebrities have been photographed at Stevens’ properties, including with him, and the casino boss has taken to Twitter to weigh in on celebrity chatter. After Kanye West tweeted he was $53 million in debt, Stevens tweeted an offer to the hip-hop star: If he performed at the 10,000-person capacity downtown events center, Kayne could keep all the ticket revenue.

He also released a video in 2015 of a mock board meeting — featuring a scantily clad go-go dancer behind him, shirtless men and jugglers – to announce a new entertainer at the D.

The next day, outside the hotel, Stevens unveiled a replica of a hundreds-year-old statue in Belgium called Manneken-Pis: a young boy urinating into the basin of a fountain.

In summer 2015, Stevens and his brother bought the Las Vegas Club, an old casino across from the Golden Gate, for an undisclosed sum. They thought about renovating it, Stevens recently said, but were able to buy more real estate right nearby, giving them a full city block.

The brothers announced in spring 2016 they had purchased land next to the Las Vegas Club that was home to the Mermaids and La Bayou casinos and the Topless Girls of Glitter Gulch, an “adult entertainment mainstay.” The purchase, they said, would let them build a resort.

They demolished the buildings and filed plans with the city for a hotel-casino spanning more than 1 million square feet. They unveiled the new resort’s name early last year, saying Circa would feature the biggest screen in sportsbook history, the longest outdoor bar along the canopy-covered Fremont Street Experience, and other amenities.

Stevens, who hasn’t announced the cost to build Circa, unveiled plans for its phased opening in June, after the coronavirus pandemic led to new health and safety protocols for construction workers.

The outbreak has devastated Las Vegas’ tourism-dependent economy as many people stay home and avoid crowds for fear of getting infected. Stevens, in his own style, has helped bring visitors back amid the turmoil.

In late May, shortly before Nevada’s casinos were allowed to reopen following more than two months on state-ordered lockdown, he announced he would give away 1,000 flights to Las Vegas. The free trips were all grabbed within a few hours, prompting him to offer another 1,000 flights, which were also quickly booked.

Vaknin said that Circa’s debut is something Las Vegas “desperately” needs as the economy suffers during the pandemic and that it’s been great to have a character like Stevens in town.

“He’s taken on the Vegas persona so beautifully,” he said.