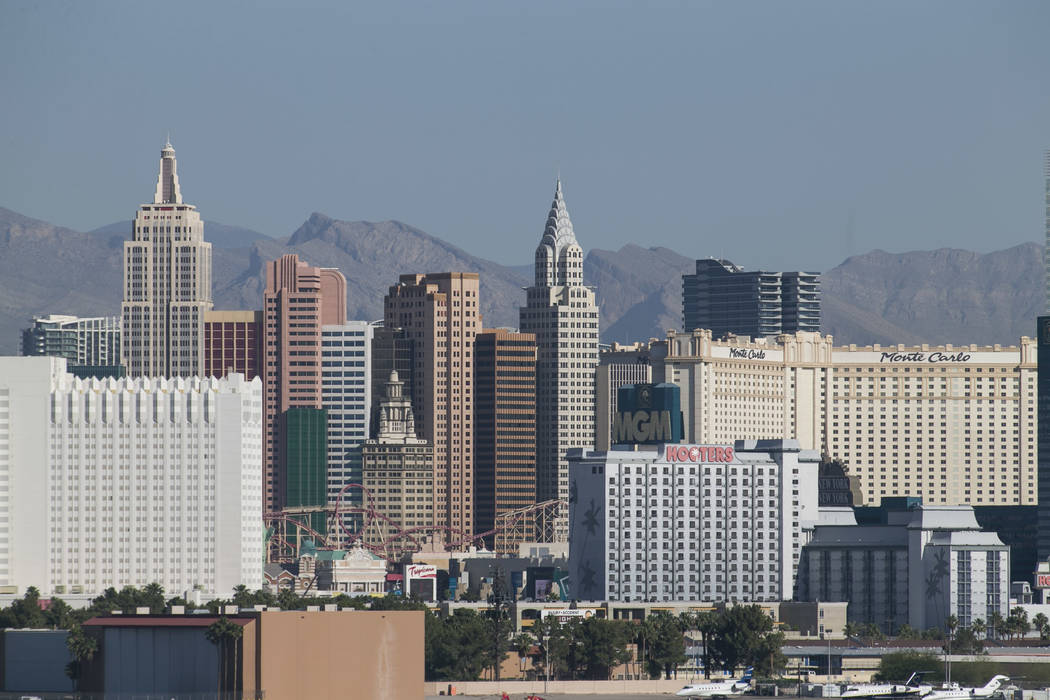 Nevada’s gaming industry has new guidelines to follow on sexual harassment and discrimination.

The Nevada Gaming Commission on Thursday approved amendments to state gaming regulations to add protections from sexual harassment and several forms of discrimination in industry workplaces.

Amendments unanimously approved by the five-member board expanded the regulations to prohibit workplace discrimination or harassment of a person based on the person’s race, color, religion, sex, sexual orientation, gender identity or expression, age, disability or national origin.

The new rules apply not only to casinos, but also to suppliers, vendors, contractors or consultants to casinos and related gaming businesses. They will have about three months to put their compliance plans in writing.

The new rules take effect immediately, but licensees will be required to produce their compliance plans if asked by Gaming Control Board agents beginning in March.

The amendments add a page and a half of new language to Regulation 5 on the operation of gaming establishments and run parallel to regulations in place by the federal Equal Employment Opportunity Commission and the Nevada Equal Rights Commission.

Regulators first started talking about sexual harassment regulations in May 2018, three months after a sexual harassment scandal rocked Wynn Resorts Ltd. and led to the resignation of its chairman and CEO, Steve Wynn, in February 2018.

Wynn has denied all accusations that he sexually harassed or assaulted employees over the course of several decades, even after stepping down from his corporate role and selling all his shares of company stock.

Amendments to regulations were first proposed by former Control Board Chairwoman Becky Harris. When she was replaced in January, her successor, Sandra Morgan, continued the work. Morgan’s version of amendments expanded the regulation to prohibit workplace discrimination in addition to sexual harassment wording drafted under Harris’ watch.

When the state Gaming Control Board unanimously recommended forwarding the amended regulations to the commission at its Nov. 7 meeting, there was still some doubt as to whether the commission would consider it because Chairman Tony Alamo had said that he would be reluctant to consider a regulation outlining penalties for sexual harassment against Nevada gaming licensees until after complaints involving Wynn Resorts and Steve Wynn were resolved.

The Control Board on Oct. 14 filed a five-count complaint against Steve Wynn accusing him of sexual harassment at the resort and requesting that the commission revoke his finding of suitability to hold a license.

But Alamo said he felt there was enough new substance in the proposed gaming regulation amendment addressing sexual harassment to bring it before the full commission for consideration.

The commission took no testimony at Thursday’s meeting, but held workshop meetings on the proposed amendments on Oct. 23 and Nov. 6, as well as in 2018 when Harris brought them up.

Not everybody is happy with the amendments with some contending that they duplicate regulations already addressed by the EEOC and the Nevada Equal Rights Commission. Others say they fall short of their expectation of how casinos and their affiliated companies address sexual harassment.

A spokeswoman for the Nevada Resort Association said the organization supports the changes approved at Thursday’s meeting.

“Nevada’s resort industry recognizes combating workplace harassment and discrimination across all industries in the state is a priority,” said spokeswoman Dawn Christenson. “We support the amendments to Regulation 5 adopted today and thank the Gaming Commission and Gaming Control Board for their work on this critically important issue. It’s clear regulators wanted to make a statement that preventing harassment and discrimination in the workplace is a priority.”

Jan Jones Blackhurst, a former Caesars Entertainment Corp. executive who now serves on that company’s board of directors and was critical of the commission’s inaction a year ago, said she was happy that something was done.

“I’m glad that the commission made the decision to move forward on sexual harassment regs,” Blackhurst said late Thursday. “I think they mostly embody rules that are already required by the EEOC through the federal government and they restated laws that are already are in effect. But it’s better than nothing.”