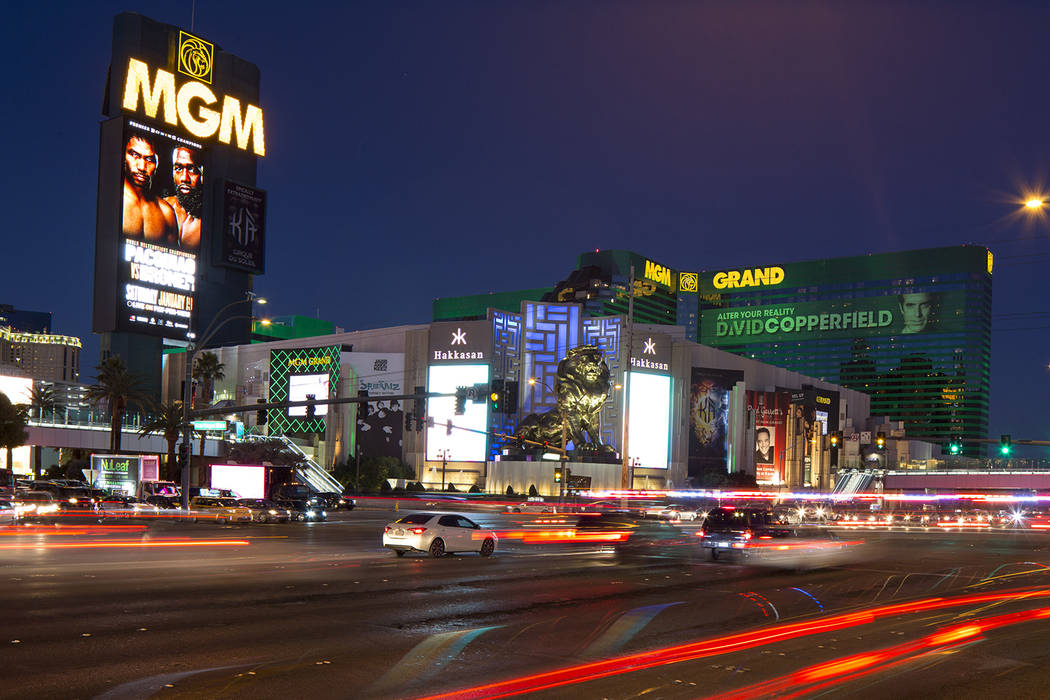 MGM Resorts International is working to sell its MGM Grand property on the Strip in the same way it moved its flagship Bellagio resort.

The company’s real estate sale of the Bellagio was the first of what could be several similar transactions to execute the company’s “asset-light” strategy to grow the company, invest in new opportunities and return more money to investors, company leaders said Wednesday.

MGM Chairman and CEO Jim Murren said in a conference call with investors announcing third-quarter earnings that a similar real estate sale for the MGM Grand probably would be announced before the end of the year.

Other similar deals involving Aria, Vdara, MGM Springfield in Massachusetts and even the company’s affiliated MGM Growth Properties real estate investment trust are being contemplated, using the $4.2 billion sale of Bellagio real estate on Oct. 15 to the New York-based Blackstone Group as a blueprint.

Under terms of the Bellagio deal, MGM maintains a 5 percent equity stake in the property, will pay $245 million annually in rent and will continue to maintain and operate the resort.

‘Blueprint for the future’

“These transactions were key steps but by no means the end of our journey,” Murren said. “The Bellagio real estate transaction represents more to us than a smart financial deal. It provides a likely blueprint for the future. In fact, a process to monetize the real estate related to the MGM Grand Las Vegas is now well underway and we anticipate sharing more of that with you before the end of this year.”

The sales were a key part of MGM’s “asset-light” strategy of focusing on the company’s future.

“For MGM, asset-light means separating the ownership of capital-intensive, lower return assets and recycling that capital into high ROI (return on investment) opportunities,” Murren said. “The recently announced sales of Bellagio’s real estate to Blackstone and Circus Circus to Mr. Ruffin are important milestones to that end.”

Murren said Blackstone wasn’t the only real estate company with which MGM talked.

“The net was pretty wide and it zeroed into a half a dozen or so extremely well-known, very sophisticated, deep-pocketed real estate owners,” he said, “but we concluded that the best course of action was to focus on Blackstone to try to get the most precise execution, and I think we’ve done that.”

Savings from the execution of MGM’s strategy is expected to be dedicated to bolstering the company’s nationwide rollout of sports wagering and a focus on developing an integrated resort in Osaka, Japan.

Earlier in the week, MGM announced a new partnership with Yahoo Sports to help expand sports betting nationwide. The company already has a deal with Buffalo Wild Wings in a sports partnership.

While the execution of the sales of Bellagio and Circus Circus is an outline for MGM’s future, it also put a dent in the company’s third-quarter earnings.

The company reported a loss of $37.1 million, 8 cents a share, on revenue of $3.314 billion for the quarter that ended Sept. 30. The bulk of the loss was attributed to a one-time, $219 million noncash impairment charge resulting from the sale to Ruffin of Circus Circus, the 5-acre Adventuredome theme park, a 10-acre recreational vehicle park and 37 acres of festival grounds fronting Sahara Avenue and Las Vegas Boulevard.

Murren called the quarterly results “solid” and in line with the company’s projections, although they didn’t stack up to analysts’ expectations. A survey of 13 analysts on average anticipated earnings of 29 cents a share. Without the impairment charge, MGM would have produced 26 cents a share. And 15 analysts projected an average revenue total of $3.33 billion compared with the $3.314 billion collected.

Murren said the financial outlook is bright for MGM in Las Vegas with a robust convention calendar for the rest of the fourth quarter into 2020, which will include the once-every-three-years ConExpo-Con/Agg trade show and the city hosting the NFL Draft in April.

One of the few rough factors was the weak performance of baccarat in the casino. The company reported a 3 percent drop in year-over-year gaming revenue and an 11 percent decline in table-game win, mostly driven by slumping baccarat play.

MGM shares traded on the New York Stock Exchange on Wednesday closed up 10 cents, 0.3 percent, on trading slightly below the daily average. After hours, shares declined 3 cents, 0.1 percent, to close at $28.60 a share.