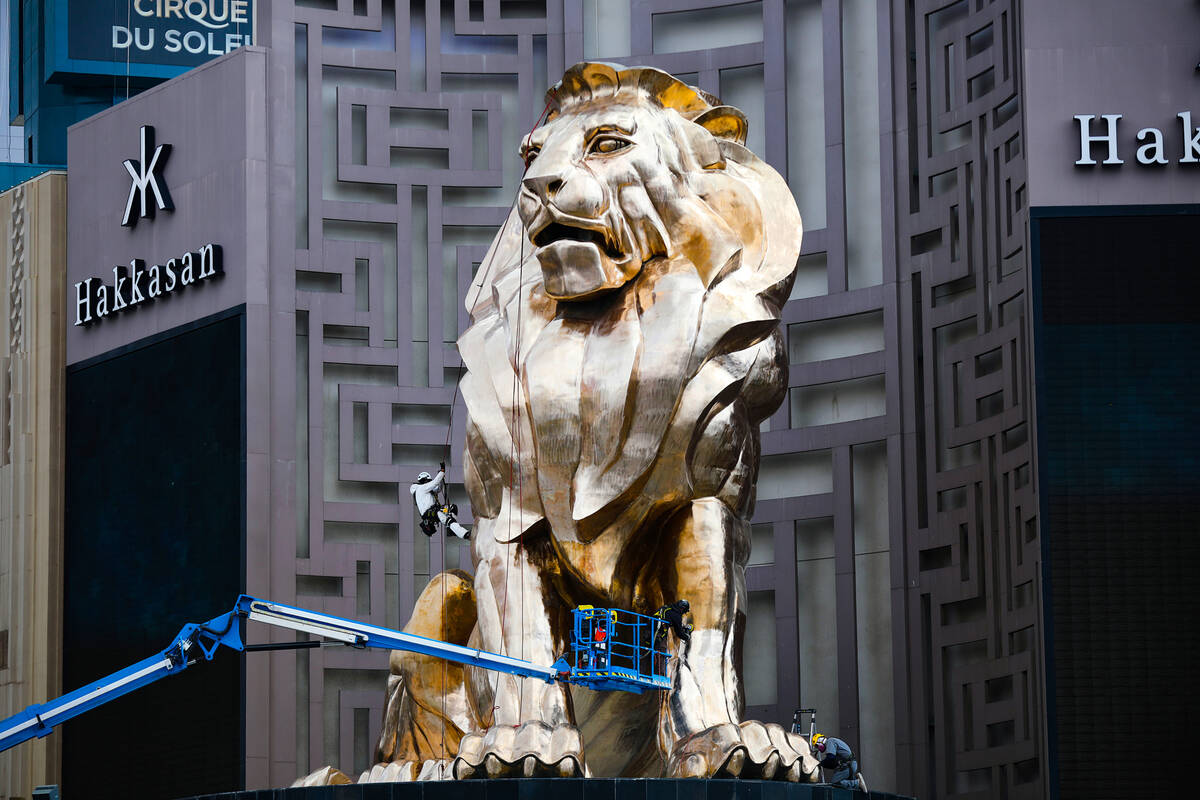 MGM Resorts International on Wednesday reported its Las Vegas Strip properties had their best financial quarter in history, in part because of revenue generated by its newest property, The Cosmopolitan of Las Vegas, despite an overall net loss.

With The Cosmopolitan’s contribution and a full three quarters of operations at Aria, following MGM’s buyout of a 50 percent stake from Dubai World, the company generated $2.3 billion from its Strip properties, up 67 percent year over year.

“We really like where we are in Las Vegas,” MGM CEO Bill Hornbuckle said during Wednesday’s earnings call with investors.

MGM reported a net loss as a result of an accounting change under a new law governing the company’s two properties in Macao.

Occupancy and room rates helped drive revenue growth for the company. It reported a 93 percent occupancy rate for the quarter, the highest it’s been since the start of the pandemic in 2020.

“The key driver of the occupancy gain is midweek demand, which is returning to more normal levels as convention and groups return,” Chief Financial Officer Jonathan Halkyard said during the call.

He added that the average daily room rate of $227 in the third quarter was a 26 percent year-over-year increase.

MGM is in the midst of rebidding for a 10-year gaming concession to continue operating in Macao, the Chinese special administrative district. Like other companies operating there, MGM weathered downturns in the market as a result of COVID-19 related property closures as well as travel and entry restrictions.

Hubert Wang, president and chief operating officer of MGM China, said the company’s two resorts in Macao are hopeful that a return to online visa requests, now available in all Chinese provinces, will boost future visitation.

Wang said MGM Cotai reopened Wednesday after being closed since Sunday because a dealer there tested positive for COVID-19. The company did not indicate how much business was lost from the temporary shutdown, which resulted in all employees and visitors being confined in the building.

Hornbuckle said the company is submitting a proposal for licensing in New York and hopes to hear something from the state by Jan. 1.

The Empire City Casino at Yonkers Raceway is operated by MGM and also has slot machines and automated tables in a racing environment.

The company is vying for one of three casino licenses to be awarded in the New York City area. But it faces stiff competition from Wynn Resorts Ltd. with a resort-casino proposal on the Hudson River; Caesars Entertainment Inc., which recently announced a plan to redevelop a property at Times Square; Las Vegas Sands Corp.; Hard Rock International, owned by Florida’s Seminole Indian Tribe; Bally’s Corp., which operates the Strip’s Tropicana Las Vegas; and Chicago-based Rush Street Gaming.

During the third quarter, MGM also completed its acquisition of Sweden-based LeoVegas, a global online gaming and sports wagering platform, for $607 million.

The LeoVegas acquisition is the company’s first step toward expanding its interactive gaming footprint. Through the company’s BetMGM wagering system, it offers sports betting in 24 states and is expected to expand to Massachusetts, Ohio and Maryland. The company has a 22 percent share of U.S. sports and iGaming markets.