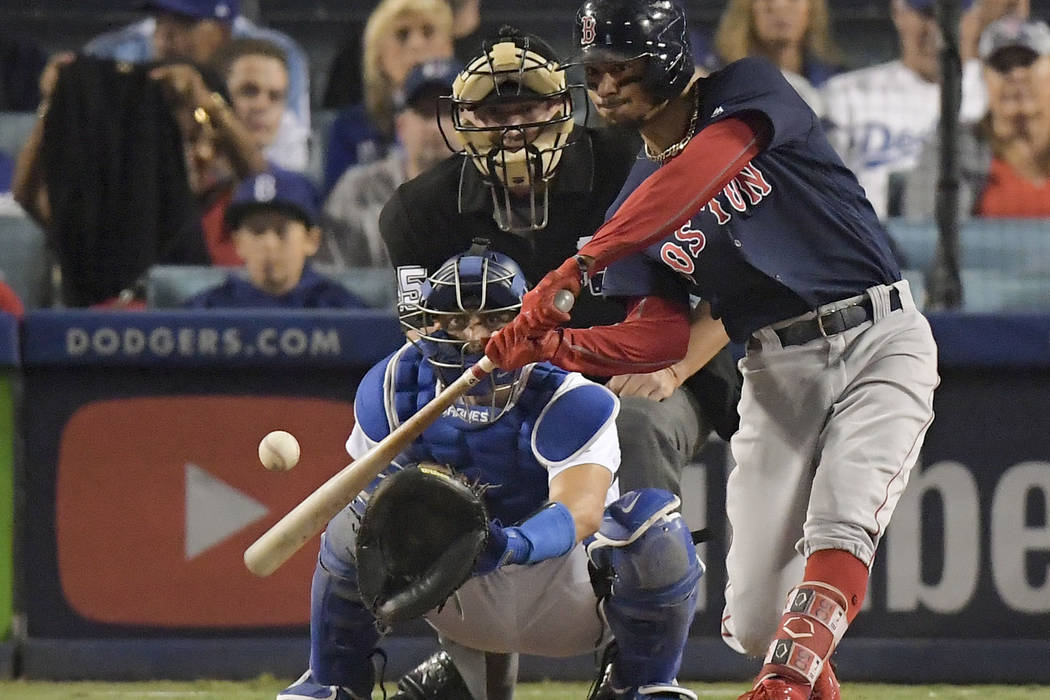 The deal opens the door for MGM to sign partnerships with multiple baseball teams as well as advertise its brand and sporting app during the All-Star Game and World Series to tens of millions of people around the country.

MGM has now penned three league deals — the most of any operator — since the U.S. Supreme Court overturned a ban in May on wagering in most states as the casino operator bets big on the sector’s growth.

U.S. sports betting could generate $8 billion in casino win by 2030 as more states legalize wagering, according to new estimates by H2 Gambling Capital.

However, whether the agreements are a home run for casino operators remains unclear. Financial terms of Tuesday’s deal and earlier partnerships have not been announced.

“We need to better understand the business case for these agreements to see if they will move the needle in terms of profit. It is hard to know the return on investment at this stage,” said Barry Jonas, a gaming analyst for SunTrust Robinson Humphrey.”We expect sports betting will take time to ramp in the regional markets.”

The NFL may be able to get a more lucrative deal in the coming years as technology enables leagues to generate data unavailable to the public, said Chris Grove, managing director for emerging verticals at Eilers & Krejcik Gaming.

“We are still in the early innings in terms of how valuable these deals really are for leagues. The kind of exclusive data they have is rather shallow. Fast-forward a few years and leagues are going to have really interesting data from sensors,” he said.

Tuesday’s agreement allows MGM Resorts to promote its brands and wagering options across MLB-owned media platforms including MLB Network, MLB.com and MLB At Bat app, the gaming company and league said in a joint statement.

MGM Resorts will receive access to MLB’s official statistics feed on a non-exclusive basis. MLB will also make “enhanced statistics”available to MGM on an exclusive basis, the statement said. The league did not specify the nature of the exclusive data.

MGM Resorts “will have a presence” at the All-Star Game and World Series as well as be an official partner at “grassroots” baseball events in Japan, the statement said.

MGM is seeking to win a gaming license in Japan, which could become one of the world’s largest gaming markets by the mid 2020s.

Finally, MGM Resorts and MLB said they will team up to create “fan engagement offerings” and protect game integrity.

“Our partnership with MGM will help us navigate this evolving space responsibly, and we look forward to the fan engagement opportunities ahead,” Baseball Commissioner Robert D. Manfred, Jr. said in the statement.

There is limited opportunity now for MGM to follow up on the MLB partnerships with baseball team sponsorships.

Only seven states currently permit sports wagering, including Nevada, Delaware, Mississippi, West Virginia, Pennsylvania, New Jersey and Rhode Island. Pennsylvania is the only one with a baseball team.

Sports wagering bills are currently pending in Ohio, Illinois and Michigan as well as Washington D.C. More states are expected to pass legislation legalizing sports betting in the next few years.

To capitalize on that national expansion, MGM Resorts in July signed a partnership with Boyd Gaming that expanded the number of states it could potentially offer mobile wagering from six to 15.