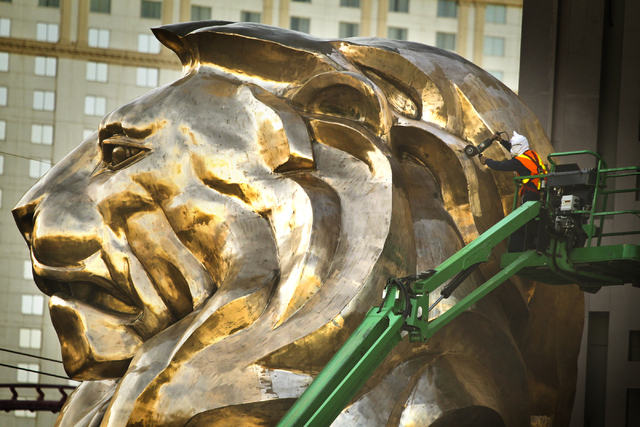 A collaboration that began with the successful opening of the Hakkasan restaurant and nightclub at the MGM Grand in April 2013 is going global.

The new company’s goal will be to develop properties in key international gateway cities and resort destinations worldwide under the Bellagio, Hakkasan, MGM Grand and Skylofts brands.

The venture will be headed by Neil Moffitt, CEO of the Hakkasan Group, with MGM Hospitality Chief Operating Officer Michael Evans taking a similar position with the newly formed company. The company will operate under a combined board and governance.

Hotel and resort projects currently under development by each group will be contributed to the joint venture, including MGM projects in the Americas, the Middle East and Asia and Hakkasan projects in Abu Dhabi and Dubai, United Arab Emirates.

“This joint venture exemplifies one of our stated strategies of developing Hakkasan Group into a multifaceted global lifestyle company,” Khadem Al Qubaisi, chairman of the the Hakkasan Group, said in a statement announcing the joint venture.

“While hotel and resort projects have been part of our business plan for some time, it was crucial for us to find the best possible partner that could bring a wealth of experience and skill to the development and operation of branded products, and we believe there is no better choice than MGM Resorts International,” he said.

“Our partnership with the team at Hakkasan began with the incredibly successful opening of Hakkasan Las Vegas restaurant and nightclub at MGM Grand in April 2013,” MGM Resorts Inter­national CEO Jim Murren added.

“Growing that relationship to form MGM Hakkasan Hospitality provides us both with access to capital as well as the opportunity to join their internationally renowned lifestyle brand with iconic brands such as Bellagio and MGM Grand as we seek to create resort destinations and lifestyle experiences around the globe,” he said.