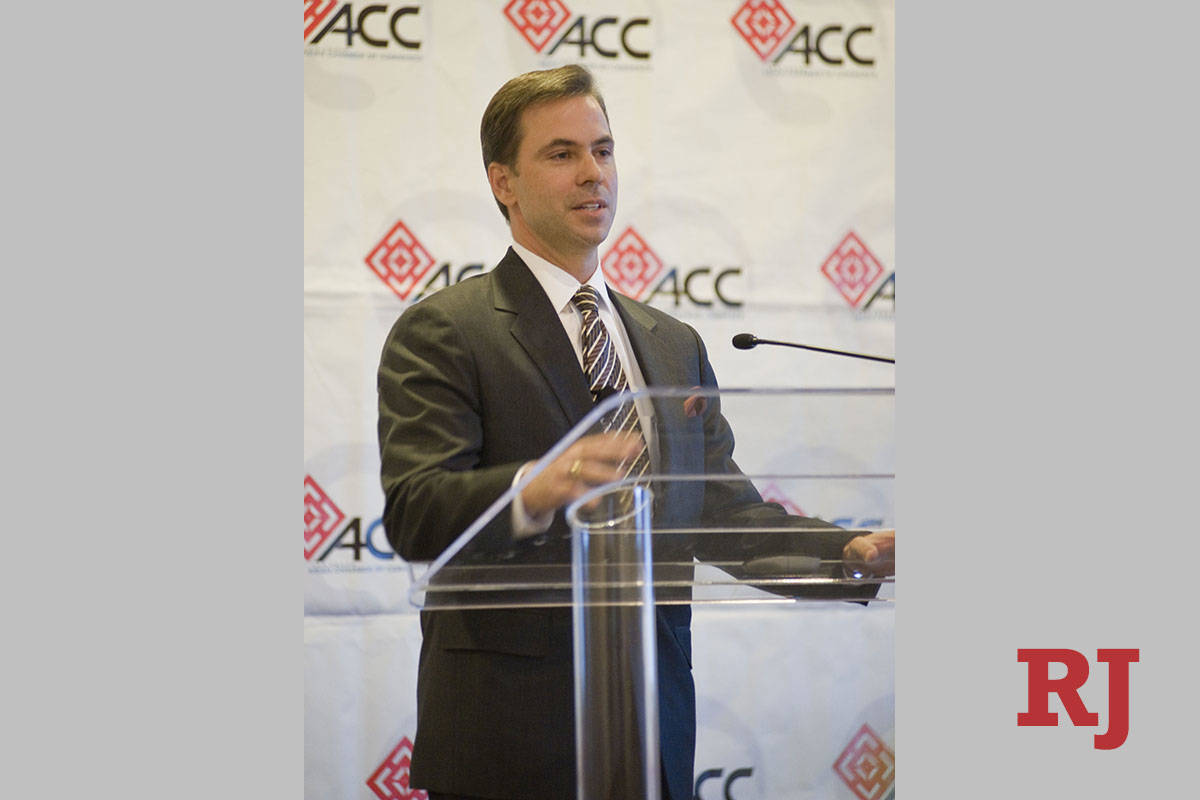 Jonathan Halkyard, then the vice president and CFO of Caesars Entertainment, addresses the crowd at the Asian Chamber of Commerce's December luncheon at the Westin-Casurina Hotel on Thursday, Dec. 16, 2010. (Review-Journal file photo)

“Jonathan brings the right mix of financial discipline, investor acumen, operating experience and seasoned corporate leadership to MGM Resorts at a vital time in our evolution,” MGM President and CEO Bill Hornbuckle said in a Wednesday news release. “His passion for hospitality, considerable experience in gaming, previous stewardship of strong balance sheets and investor credibility make him an excellent choice to complement our strong and committed leadership team.”

Halkyard held leadership roles at Caesars 13 years before becoming President and CEO of Extended Stay America, Inc. and ESH Hospitality, its paired-share REIT. He was also executive vice president and chief financial officer of NV Energy between 2012 and 2013.

Halkyard is director of Dave & Buster’s Entertainment and Shift4 Payments, Inc., and a trustee of the International Center for Responsible Gaming.

The appointment is the latest in a series of executive shake-ups within the company. Last month, Atif Rafiq stepped down as MGM’s president of commercial and growth, Anton Nikodemus was moved from his role as president and chief operating officer of MGM’s Las Vegas portfolio to president of CityCenter, and former Chief Marketing Officer Ann Hoff took over the leadership of Bellagio and Park MGM.

In his new role, Halkyard will be responsible for investor relations, accounting, the financial activities across MGM’s portfolio and more.

“After a career largely spent in hospitality and gaming, I am excited and proud to become part of the senior leadership team at one of the world’s most iconic gaming, hospitality and entertainment destination brands,” Halkyard said. “We face the greatest challenges to corporate management in recent history and I am eager to get to work and continue the fine legacy of executive management at MGM Resorts.”

3
$204K jackpot hits for Arizona visitor on the Strip