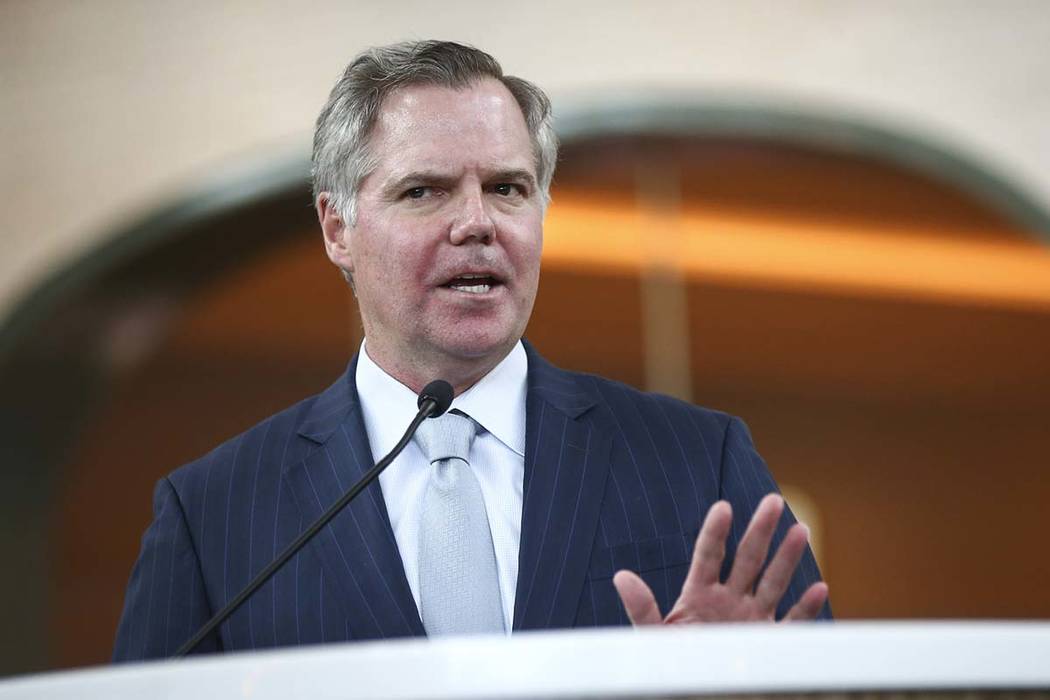 MGM Chairman and CEO Jim Murren distributed a letter to employees saying 557 employees would learn their positions have been eliminated as part of the company’s MGM 2020 cost-cutting restructuring.

Of the 1,070 layoffs, 881 are Las Vegas employees, mostly in management or mid-management positions.

“I want to assure you the decisions of the last several months were made deliberately, carefully and with gravity,” Murren said in his letter to employees. “Having done this foundational work, we will be stronger and better prepared for continued success and industry leadership in 2020 and beyond.”

A spokeswoman for MGM said most of those laid off in the most recent round of cuts will get at least two weeks of non-working severance pay, two weeks of full health care, and several months of career counseling and job-placement services.

Some of those laid off will receive additional benefits based on time of service. Affected employees will be receiving two weeks of non-working notice period during which health care and other benefits remain intact. Additionally, they will get two weeks of severance pay for every year of service, up to 26 weeks for salaried and 13 weeks for hourly positions.

“I stand behind the decisions we have made and believe them necessary to assure our future, but I deeply regret the impacts they have on individuals and their families,” Murren said in his letter to employees.

When MGM 2020 was announced, Murren said cost savings and reinvestment would help with the continued ramp-up of Park MGM, NoMad Las Vegas, MGM Cotai in Macau and MGM Springfield in western Massachusetts, and enable the company to enter markets in New York and Ohio.

In addition to increasing margins and maximizing profitability, the company indicated it would continue to establish new relationships with professional sports leagues and teams to bolster its efforts to expand sports wagering nationwide and to pursue development of an integrated resort in Japan. MGM is focused on establishing a foothold in Osaka, where Japanese officials are hopeful of opening a resort by 2025 when the city hosts the World Expo.