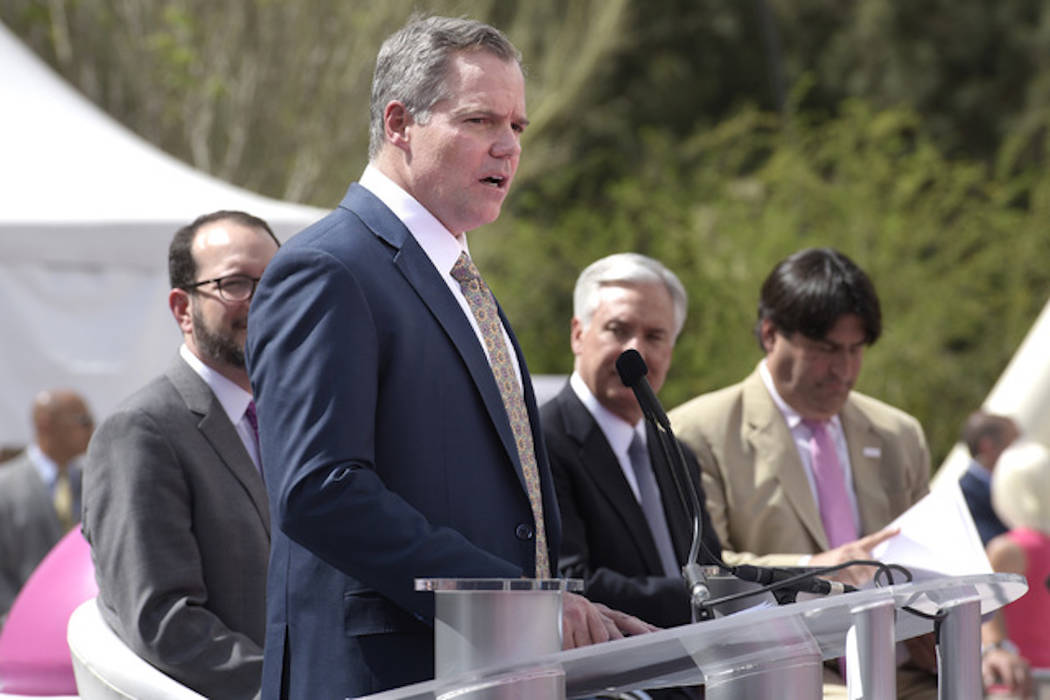 Murren received a total of $16.6 million — including $2 million in base salary and $5.7 million in bonus — last year compared with $13.3 million for 2015, according to Securities and Exchange Commission documents published Wednesday.

MGM Resorts set a target of adjusted earnings before interest, taxes, depreciation and amortization for 2016 of $2.14 billion. Actual EBITDA came in 8 percent higher, triggering a bonus that was 41.3 percent higher than planned.

Murren in October signed a new, five-year contract with MGM that terminates at the end of 2021, receiving in the process a special grant of $2 million of restricted stock units that vest at the end of his employment. The signing bonus was not part of the $16.6 million in compensation.

MGM will continue to pay Murren the same base salary of $2 million and target bonus of $4 million over the next five years. However, the gaming company will pay Murren any bonus exceeding 100 percent of base salary in cash rather than performance share units.