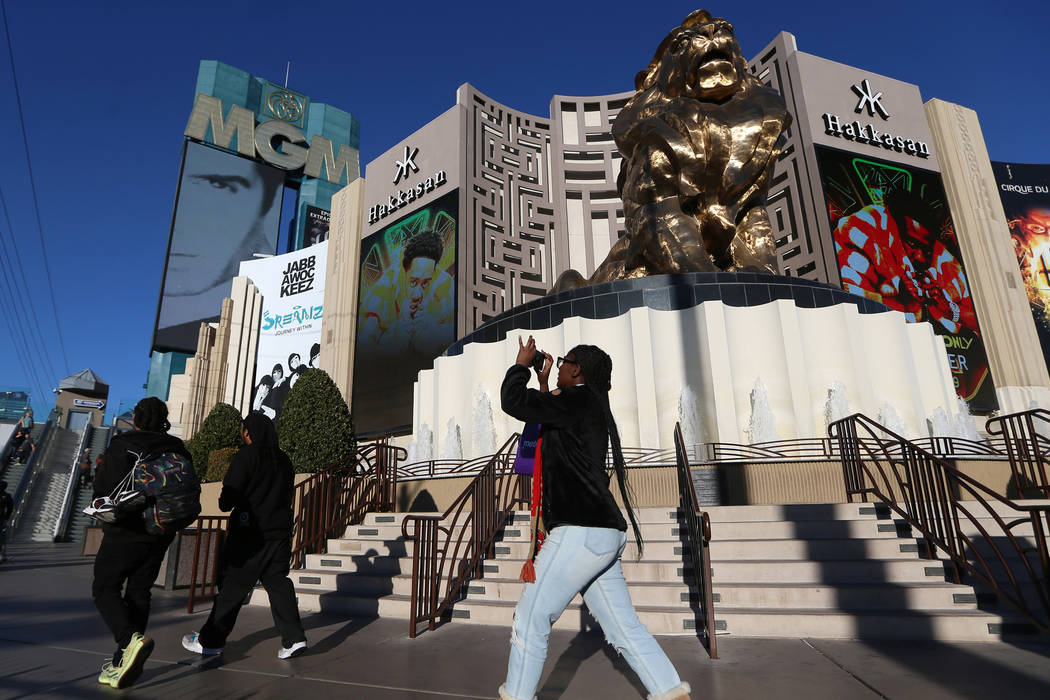 The real estate investment trust affiliated with MGM Resorts International reported a 4.2 percent increase in revenue and 6.3 percent boost in net income in the fourth quarter, the company reported Friday.

The REIT’s top executive also paid tribute to MGM Resorts International Chairman and CEO Jim Murren, who announced Wednesday that he would leave the company before the end of his current employment contract.

The trust received $219.8 million rental revenue from the 11 properties it owns in the quarter.

The company and Blackstone Real Estate Income Trust Inc. jointly announced later Friday that it had closed on the deal to acquire the real estate beneath Mandalay Bay and MGM Grand to establish similar lease-back agreements that it has with other resorts.

On Jan. 14, the joint venture with Blackstone acquired the MGM and Mandalay land for $4.6 billion. In addition, the Blackstone REIT bought 4.9 million MGP Class A shares for $30.67 per share.

Mandalay Bay and MGM Grand Las Vegas will be leased back to a subsidiary and managed by MGM pursuant to a triple net master lease with an initial base rent of $292 million for a term of 30 years with two 10-year renewal options.

At the beginning of a conference call with investors Friday, MGM Growth CEO James Stewart applauded Murren for the work he has done for the company and the REIT. Several of the questions investors posed sought speculation on how Murren’s departure would affect MGM Growth, but Stewart said it was too early to speculate. Murren chairs MGM Growth’s board of directors.

“I’ve known Jim for over 20 years and have the utmost respect for the man and what he’s accomplished in his career. When he arrived at MGM in 1998, the company had 1½ properties and a market cap of $800 million,” Stewart said.

“Think about that compared with today,” he said. “MGM consisted of the MGM Grand and 50 percent of New York-New York. Since then, Jim has guided the company to the gaming expansion of Las Vegas and across the country, the acquisition of Mirage Resorts and the acquisition of Mandalay Resort Group. He then successfully weathered the great financial crisis to bring the company to its current state as a world-renowned gaming and entertainment and hospitality juggernaut. It has been an incredible business story.”

Stewart said MGM Growth had a good 2019 and said this year looks promising.

“2020 is off to an exciting start as we expect to complete the transaction to acquire majority ownership of MGM Grand Las Vegas, an iconic casino resort on the Las Vegas Strip, in the near term and we are looking forward to continuing to seek opportunities to grow our portfolio this year,” Stewart said in an earnings release issued Friday.

“2019 was a year of significant growth for MGP as we closed three accretive transactions, acquiring the real estate assets of Empire City Casino from a third party, selling the previously acquired operations of Northfield Park to MGM and monetizing the Park MGM improvements, which resulted in $160 million of additional rent and further demonstrated the power of our leading partnership with our tenant, MGM Resorts,” Stewart said.

In a note to investors, gaming industry analyst Joe Greff on Friday said Wall Street will be watching how MGM Growth would be affected by Murren’s departure.

“Little detail was given on how MGP’s relationship with MGM is expected to evolve, as it relates to its chairman, Jim Murren,” said Greff, of New York-based J.P. Morgan. “MGP does not believe its recent transaction activity will preclude it from remaining active on the M&A (mergers and acquisitions) front.”