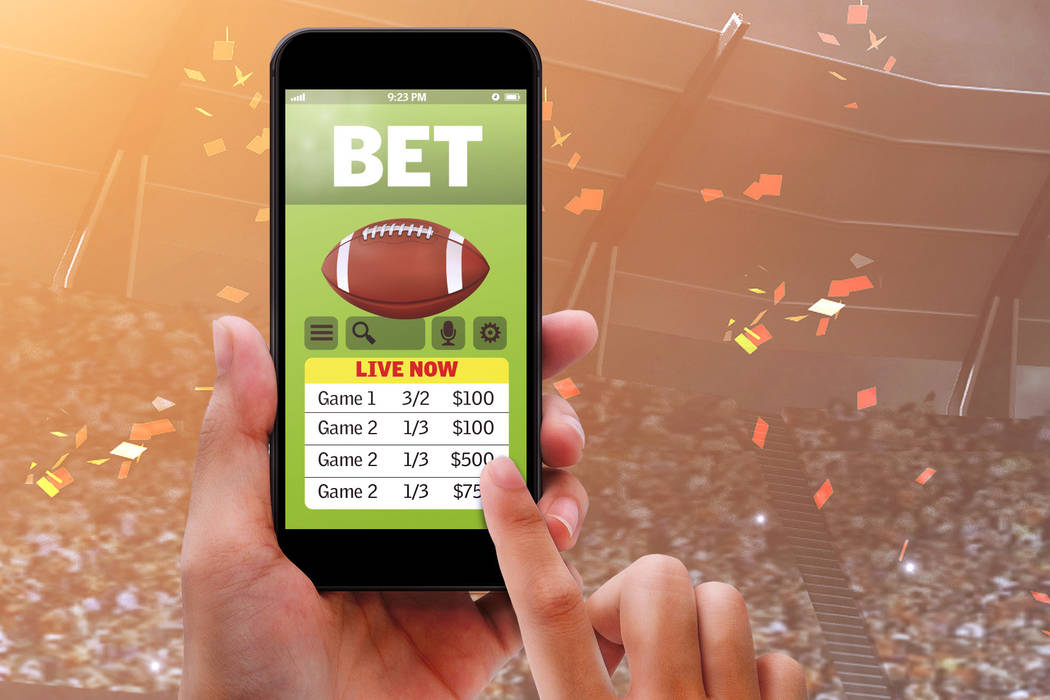 Will gambling on mobile devices be allowed in Raiders stadium? (Las Vegas Review-Journal)

The Las Vegas Raiders would have the ability to block wagering from smartphone apps at the 65,000-seat domed stadium they’ll build near the Strip, but whether they would and how that fits within public policy are questions that may not be answered until construction is underway.

Anna Sainsbury, CEO of GeoComply, a Vancouver, British Columbia-based company that can verify a bettor’s location to within a few feet, said the Raiders could prevent betting within its stadium walls if it chooses.

She said her company has not been contacted by the NFL team, which is expected to break ground on the planned stadium by the end of the year.

Sainsbury said a “geo-fencing” system that could block app use is technologically possible. A system could work vertically as well as horizontally with signals blocked within stadium walls or from floor to ceiling.

The Raiders have been silent about specifics of stadium construction plans.

The issue of gambling and the stadium emerged last week when the Las Vegas Stadium Authority conditionally approved a lease agreement with the Raiders in a unanimous vote of the nine-member board.

Board Chairman Steve Hill said the lease agreement is between the two parties and doesn’t address broader mobile gaming policy, which was first approved for in-state operations by the Legislature in 2005.

Gambling appears in the stadium lease as a prohibited use on the last page of the document. It was incorporated into the lease agreement at the suggestion of board member Bill Hornbuckle, an executive with MGM Resorts International.

Hornbuckle said keeping slot machines and satellite sports books out of the stadium aligns with policy that government entities not allow gambling in their locations. That policy covers all but two government-operated facilities — McCarran International and Reno-Tahoe International airports.

“Any gaming or gambling, the maintaining or operating of a gaming establishment and/or any sports wagering or any wagering on racing or other non-sports events” is on a list of prohibited activities at the stadium in the lease.

Included in the definitions of “gambling” and “gaming” in the lease agreement is a reference to mobile gaming systems.

But Hill said the Stadium Authority has no standing on the gaming regulations or policies.

The new language in the lease agreement generated confusion about whether people attending Raiders games in the stadium would be able to place a mobile wager under the policy.

“There seems to be a lot of confusion around the lease itself because originally people were interpreting it as behavior that was prohibited at the stadium per se, but a closer reading of the lease suggests that it’s meant to prohibit the stadium operator itself from engaging in gaming or offering gaming and obviously that casts a different light on the topic at large,” said Chris Grove, editor of legalsportsreport.com.

“The same technology that’s used to insure that online poker and online sports betting that are offered for play legally in Nevada don’t bleed out at the borders of Nevada could relatively easily be used to restrict sports betting within the stadium,” Grove said.

While Grove said GeoComply’s system doesn’t have “pinpoint accuracy,” it’s a high standard that is used to define borders for gambling in Nevada, New Jersey and Delaware, the three states that allow some form of mobile gaming.

He said the matter could open up policy questions for the state in the future.

“I don’t think we have a lot to point to in terms of precedent on issues like this and even if we did, I’m not sure that it would be entirely relevant given the X factor that is the NFL and their convoluted attitude toward gambling,” Grove said.

He said there are many questions that need to be answered as Nevadans get used to having NFL football in town.

“I think there are simply more questions than answers at this point,” Grove said. “Part of that is the function of how quickly this process came together and part of that is the function of the fact that there isn’t really a great precedent for this situation and as a result, I think that this is likely not the last policy question we will see arise regarding the intersection of professional sports and gambling here in Las Vegas.”

The chairman of the Nevada Gaming Commission, Tony Alamo, has already stated publicly that he would not support removing the Raiders or any NFL team from sports book betting boards when teams begin playing in Las Vegas in 2020. The team or the league have the right to petition the commission for removal of a game or season and the matter would be subject to a public hearing and a decision by the five-member commission.

In addition to gaming, prohibited uses at the Las Vegas stadium being built by the Raiders will include offensive or immoral signs or advertisements, including any sign or ad that promotes lewd, offensive or immoral activities; the sale of drug paraphernalia; a shooting gallery, target range, vehicle repair facility, warehouse, convalescent care facility or mortuary; or a massage or tanning parlor.