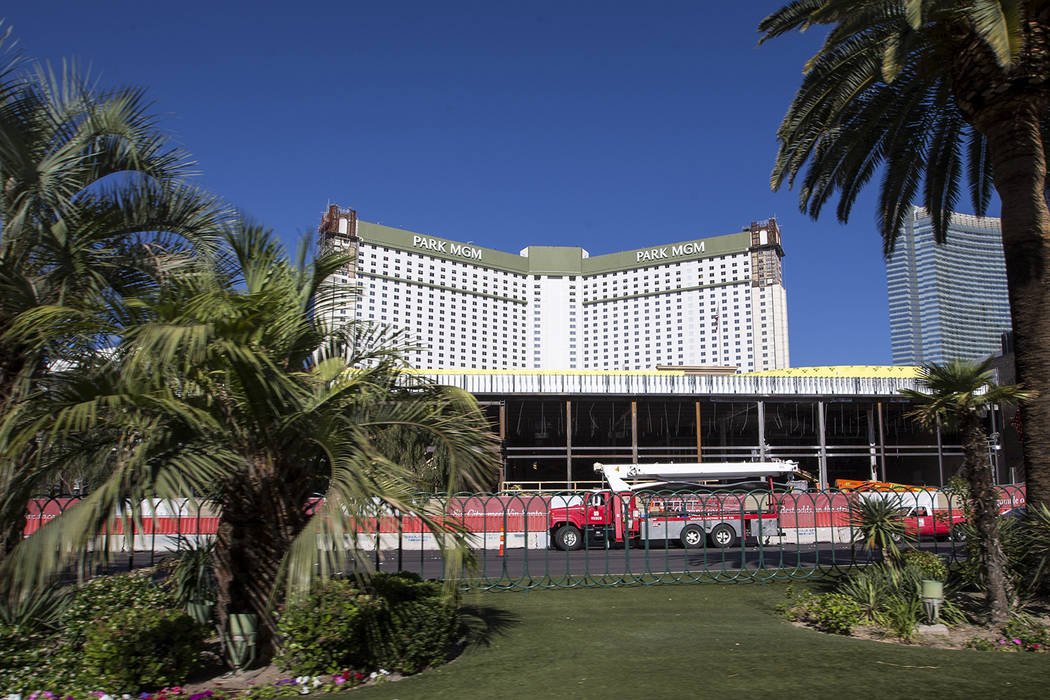 For MGM Resorts International, converting the brand on a 3,000-room hotel was a walk in the Park.

Most signs are in place and the brand switch from Monte Carlo to Park MGM is complete, but it will still be several months before the scaffolding is pulled away, the first guests check in to the boutique NoMad Hotel and people begin enjoying some of the property’s new amenities.

But for Patrick Miller, president and chief operating officer of Park MGM, it’s a start.

“There have been challenges along the way, but I think that’s the excitement of this town and what this transition really means is that we do things that are difficult,” Miller said on Wednesday, the first official day of Park MGM. “I like to use the word ‘intrepid.’ This is intrepid. I think great things come from that component of being intrepid and Park MGM is going to be that because of where it sits and how we did it.”

MGM announced last year that it was going to make the switch from Monte Carlo, its name since it opened in 1996. Taking the name of the principality in Monaco bordering southern France, the Strip’s Monte Carlo opened with single-zero roulette and a theater named for magician Lance Burton.

But as MGM remolded the neighborhood that includes T-Mobile Arena, Toshiba Plaza and The Park, company officials felt a name change was in order.

And, instead of just changing the name, the company opted to invest more than $550 million for a complete makeover.

Miller said the name on the building, casino chips and card decks have been switched, business cards, stationery and other printed materials have been changed. But Miller said there’s bound to be some traces of Monte Carlo that haven’t been updated yet.

“There will be a random sign or something that pops up at a sister property,” he said. “Obviously, we’re all connected here from Bellagio to Mandalay Bay. It happens. It wasn’t long ago that I saw something related to Lance Burton pop up.”

The Lance Burton Theatre is now the 5,200-seat Park Theater, where Bruno Mars, Cher and Ricky Martin have performed, and where Lady Gaga soon will have a residency.

By fall, 300 rooms on the Park MGM’s top four floors will transition to the NoMad brand, providing a hotel-within-a-hotel experience. NoMad guests will have a separate arrival, reception, pool and restaurant.

Two new restaurants have opened, meeting and convention space has been added, and the casino floor and lobby are getting a new look.

The last piece of the transition will come at the end of the year when Eataly, an Italian marketplace offering sit-down dining, casual dining, coffee bars, wine bars, gelato bars and retail, opens.

“It’s really going to be something different, not just for the Las Vegas visitor but to Las Vegans,” Miller said.