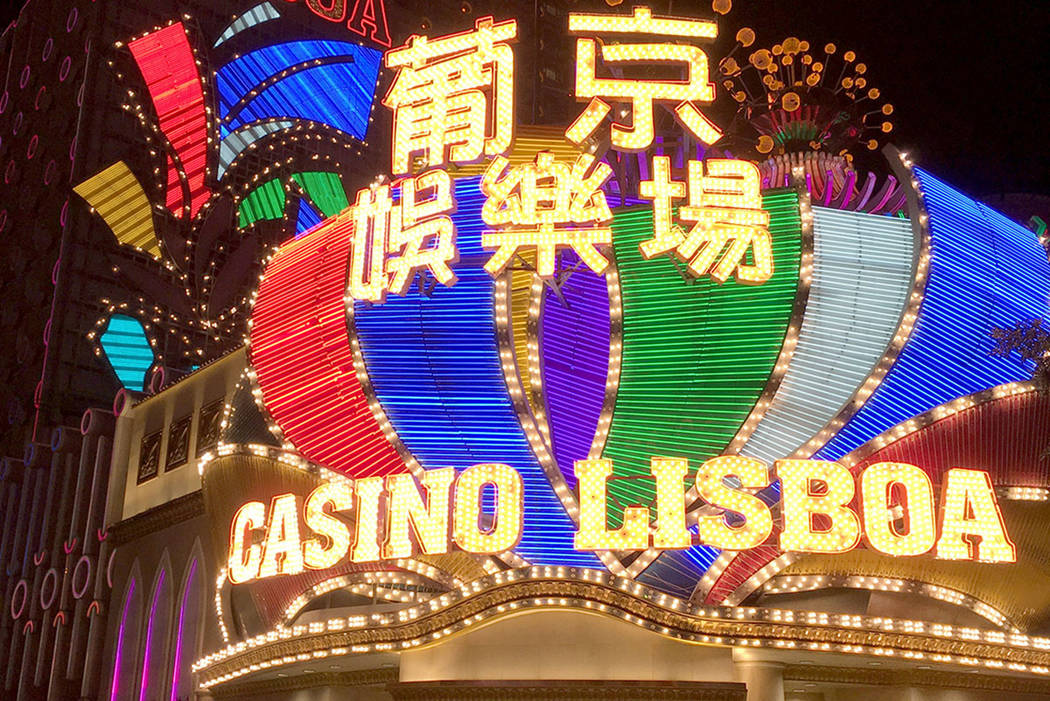 “We believe there will be changes to existing gaming concession agreements,” a report issued last week by Moody’s Investors Services says, “but also think it’s unlikely renewals will be rejected.”

MGM Resorts International, Wynn Resorts Ltd. and Las Vegas Sands Corp. are either concessionaires or subconcessionaires with licenses to operate in Macao, a Chinese enclave near Hong Kong that is the only destination with legal gambling in China.

“Macao has transformed into a world-class entertainment destination, and we are looking forward to working with the government to help the region grow even more,” said MGM spokesman Brian Ahern. “We believe in the long-term success of the region and will continue to support this vision by building on our diverse, world-class art, entertainment and food and beverage offerings — as we saw recently with the opening of the Mansion luxury villas at MGM Cotai.”

Michael Weaver of Wynn Resorts and Ron Reese of Las Vegas Sands had no comment on the Moody’s report.

The government of Macao, a former Portuguese administrative region, offered concessions to casino companies worldwide in 2001 after four decades of an industry monopoly controlled by Stanley Ho.

Each concessionaire was allowed to issue a subconcession for partnerships. MGM connected with SJM through a partnership with Ho’s daughter, Pansy Ho, while Sands worked with Galaxy. MGM and Sands ultimately became the parent operations, with Sands Macao opening in 2004, Wynn Macau in 2006 and MGM Macau in 2007. Each company has since added to its holdings.

The gaming concessions are in effect through 2022. Analysts have noted the deadline date, and some have said changes could be ahead for the companies that operate in Macao.

David Green, founder of Newpage Consulting, a gaming regulatory consultancy in Macao, said the U.S.-China trade war will be central to whether the city becomes the scene of economic conflict.

But Green also told Lusa, a Portuguese news agency, that if the trade war were restricted to tariffs, “it is difficult to see U.S. affiliates in Macao being heavily affected.”

That view also has been embraced by Moody’s, which issued a seven-page report authored by senior vice president Peggy Holloway.

Among the highlights of the report:

■ Moody’s believes there will be changes to gaming concession agreements, but it also thinks it’s unlikely the renewals will be rejected, as that could pose significant risk to government finances, as well as Macao’s economic stability, given the level of employment by the industry.

■ Replacing the current operators with newcomers would not be practical, since the building and land rights are governed by separate land concessions.

■ Wynn recently said it would spend $2 billion to expand its properties in Macao, signaling its confidence in the renewal process and its willingness to meet the government’s wish to diversify beyond just gaming. Sands also said in its July 24 earnings call that it would continue to invest “with both hands” in Macao, after announcing $2.2 billion in investments in October to add 1,200 suites to its Londoner development and the Four Seasons property it operates. MGM’s Macao operations had a 26 percent increase in revenue since the second quarter of 2018, thanks primarily to the opening of MGM Cotai near the Cotai Strip in March 2018, according to the company’s earnings report.

Holloway said the Macao’s government has not tipped its hand on how concessions could be modified. She said the three companies have furthered the policy goals of the government by investing in nongaming amenities to make the industry less reliant on the corruption-prone VIP market through the expansion of the mass market.

The government could require higher investment spending or an upfront fee to renew, Holloway said. She doesn’t expect the government to increase the tax rate, currently 39 percent, since there are no budget deficits and the government has already concentrated on infrastructure projects.

But Holloway admits the concession renewal process is unknown.

“The government has not laid out how they plan to approach the renewal process,” she said in an interview. “We just looked at the economic situation of Macao itself from a budget perspective and the actual steps the government has been taking to make the area a tourist destination with some of the infrastructure improvements that have been funded. The question is what, if any, policy or changes to the concessions themselves they may make.”