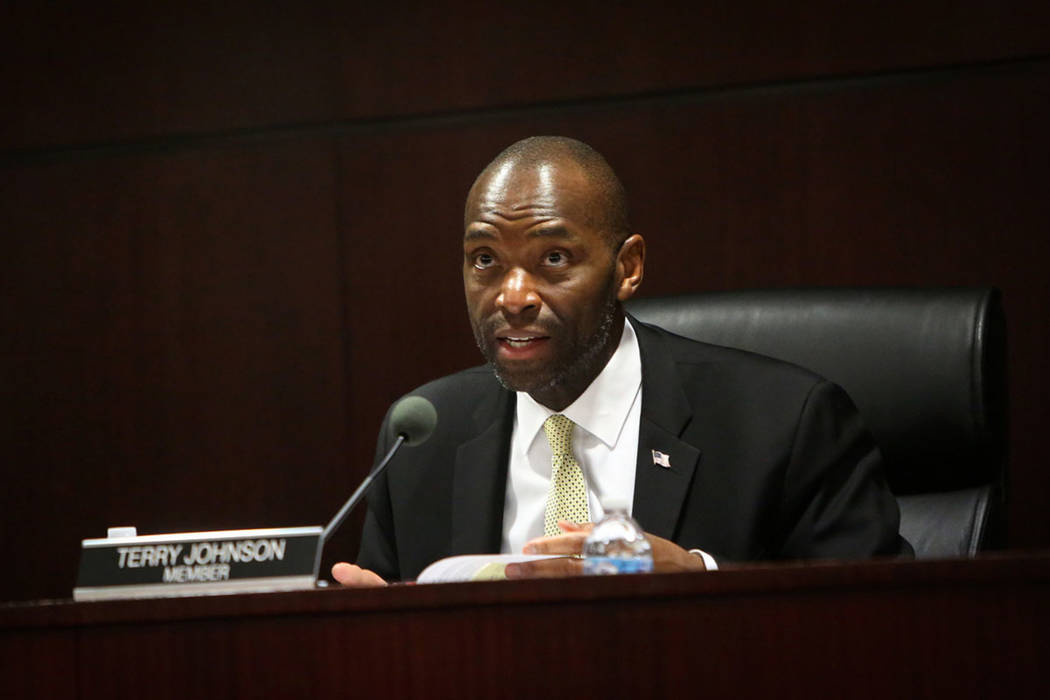 Member Terry Johnson of the state Gaming Control Board speaks during a board meeting at the Grant Sawyer Building in Las Vegas, March 13, 2019. (Caroline Brehman/Las Vegas Review-Journal) @carolinebrehman

One of the world’s largest sports wagering companies has been approved to operate in Nevada.

The company had previously taken heat from the Nevada Gaming Control Board for acquiring a company that had been running an operation in Turkey, where online gambling is illegal. With licensing approval, GVC joins a growing list of British sports wagering companies entering U.S. markets.

The company’s provisional license requires the GVC to return to regulators in two years to re-assess operations. GVC is also tasked with providing the board $100,000 to spend on future investigations into compliance.

The licensing comes after the state Gaming Control Board suggested approval with a 2-1 vote earlier this month. Board member Terry Johnson cast the lone vote against approval and chastised CEO Kenneth Alexander for failing to supervise online gaming transactions in Turkey.

Commissioner John Moran said while a board member voting no is a red flag, he has decided to put his trust in GVC.

“The test is going to see if, in fact, the trust you’re asking us to give you … if we’re going to get egg on our face,” he said. “I want to see you go forward and prosper within the confines of the law.”

In March 2018, the company acquired Ladbrokes Coral Group Plc. and inherited one of its operations in Turkey. Eight months later, the company gave away the Turkish operation to smooth the regulatory approval process for the Ladbrokes transaction. Alexander has said the company is no longer in the market.

“I fully understand and accept that along with the board, and as the CEO, I am ultimately responsible,” he said.

GVC Chairman Lee Feldman said the company has brought in third parties to investigate and ensure the company does not run into more regulatory issues.

“The GVC board and management is absolutely committed first and foremost to legal and regulatory compliance,” he said. “We’ve developed first-tier regulatory and compliance approach and structure but we will not become complacent.”

With the commission’s approval, GVC is now part of a British invasion of sports wagering companies making their way into the U.S. Other companies include William Hill, Paddy Power Betfair and bet365.

The company is licensed in New Jersey, and partnered with MGM at its Atlantic City Borgata property in poker and online gaming.

The company has about 25,000 employees and is listed on the London Stock Exchange. GVC has grown exponentially with mergers and acquisitions over the past few years, growing from 49 million pounds in 2012 to 3.6 billion pounds — about $4.6 billion U.S. dollars — in 2018, with about $982 million in cash flow last year.