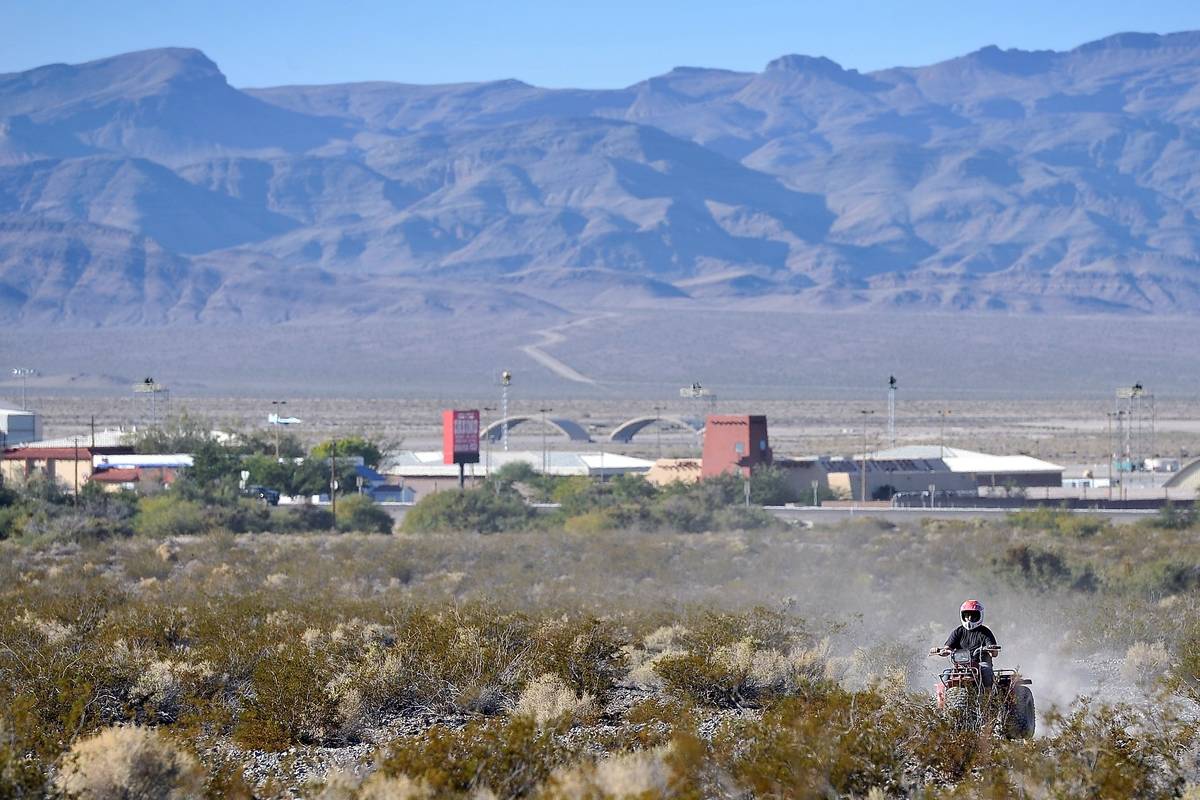 An off-road rider travels along a dirt trail in the desert area in Indian Springs in October 2014. (Las Vegas Review-Journal) 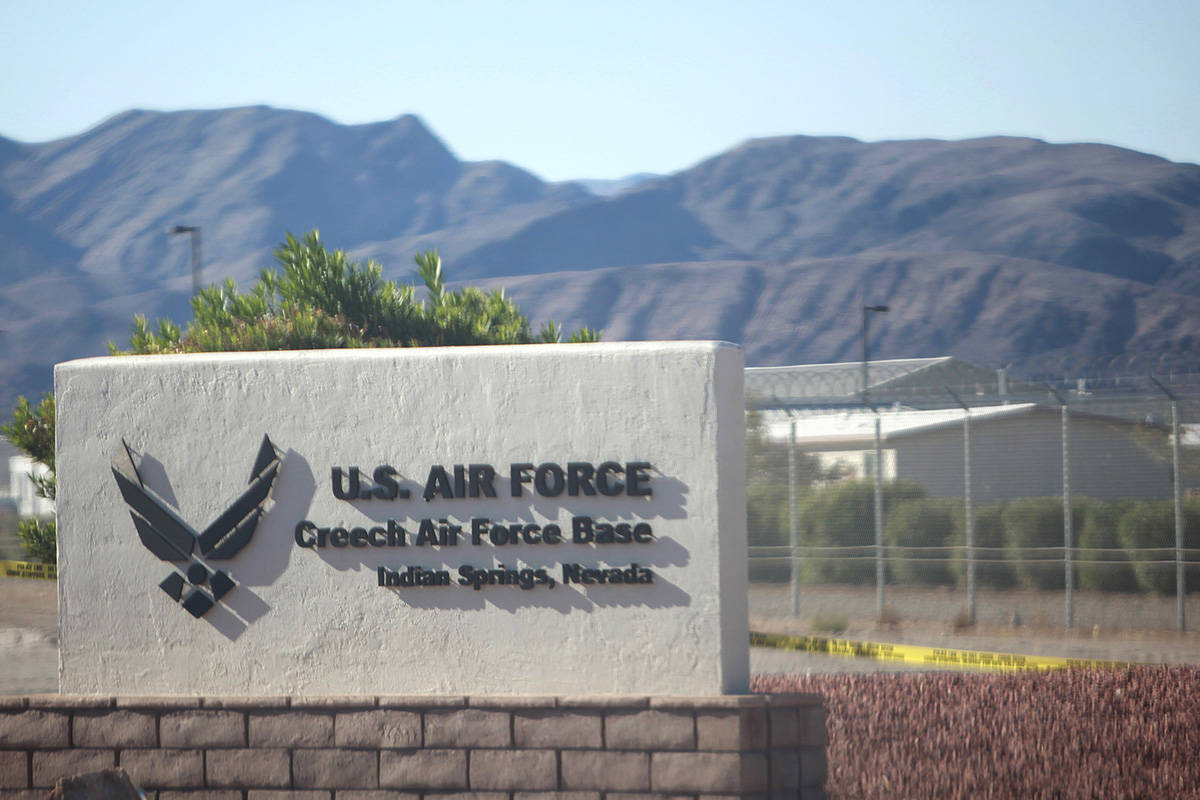 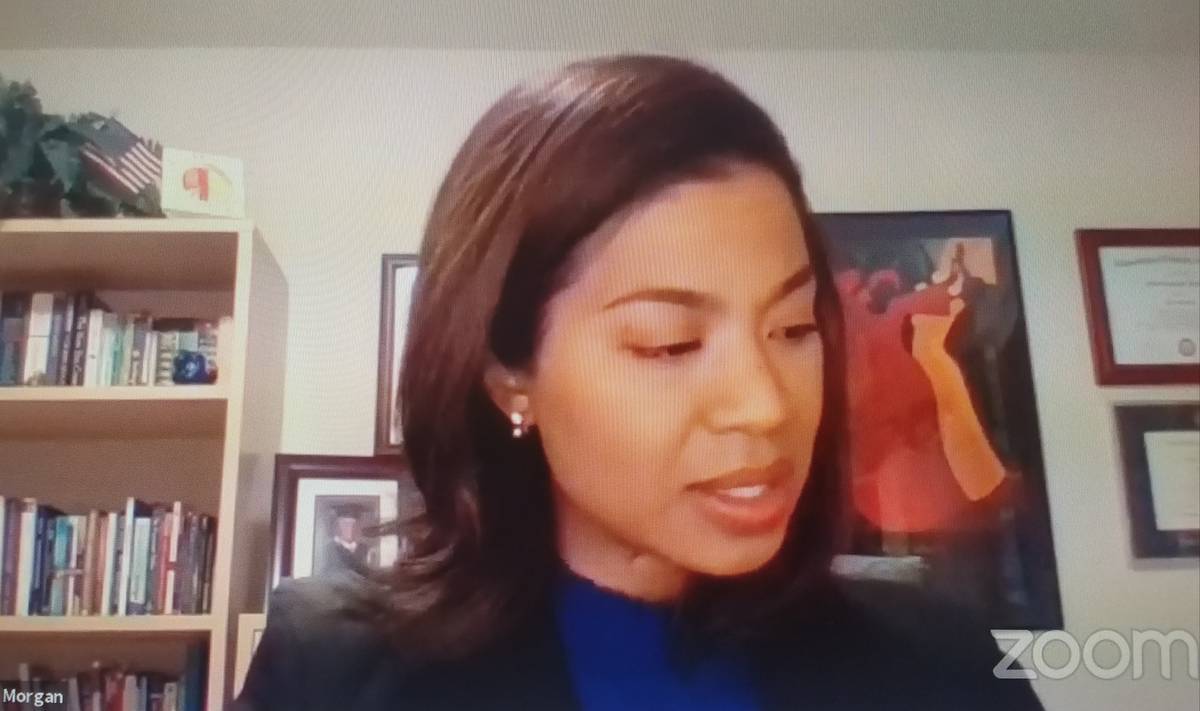 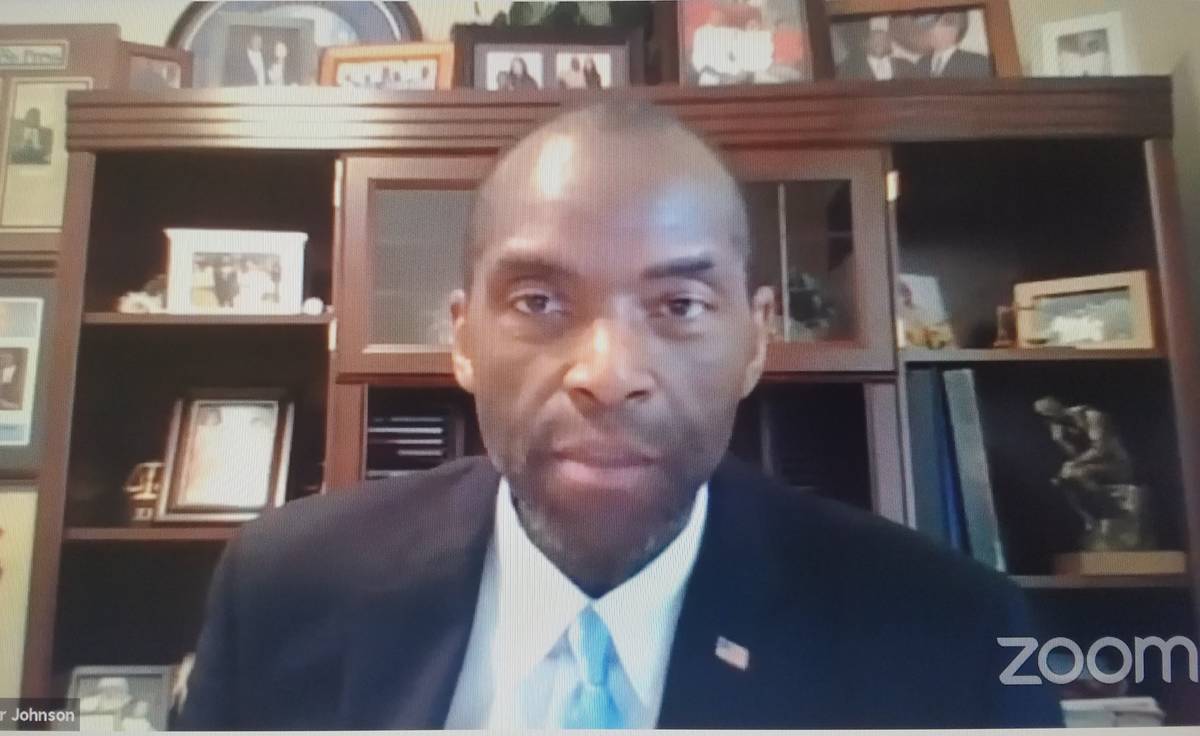 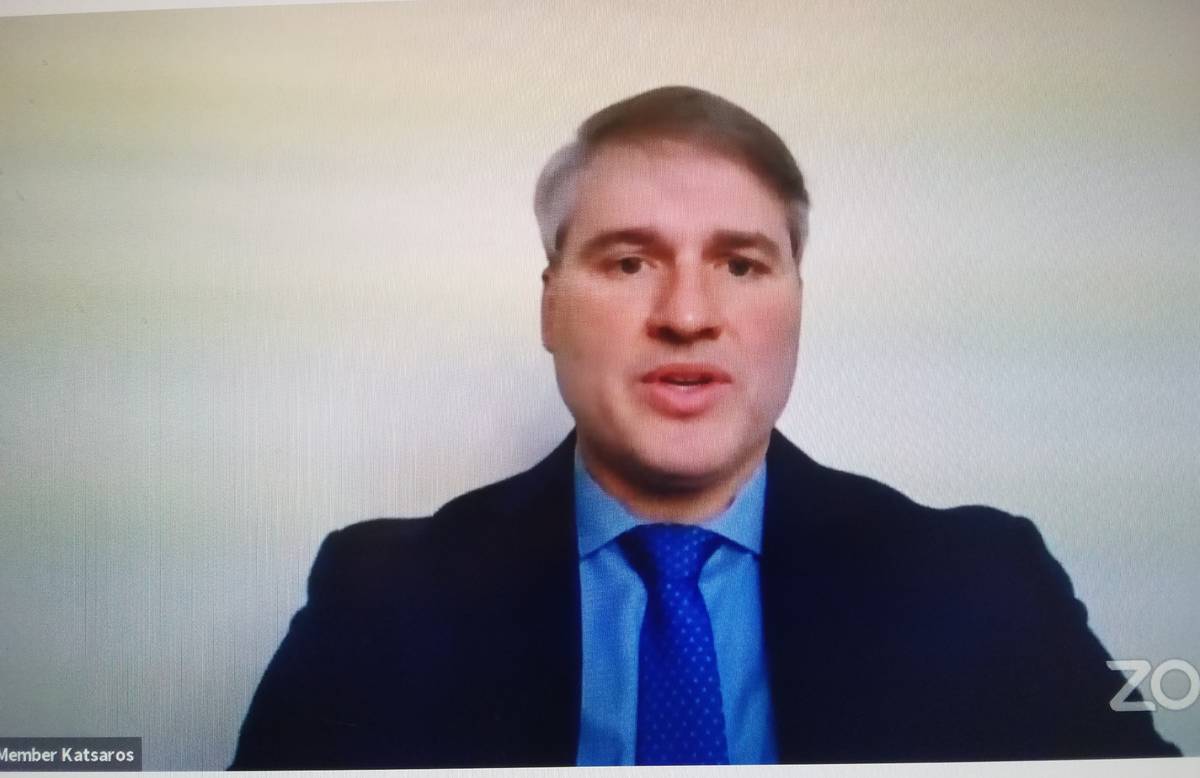 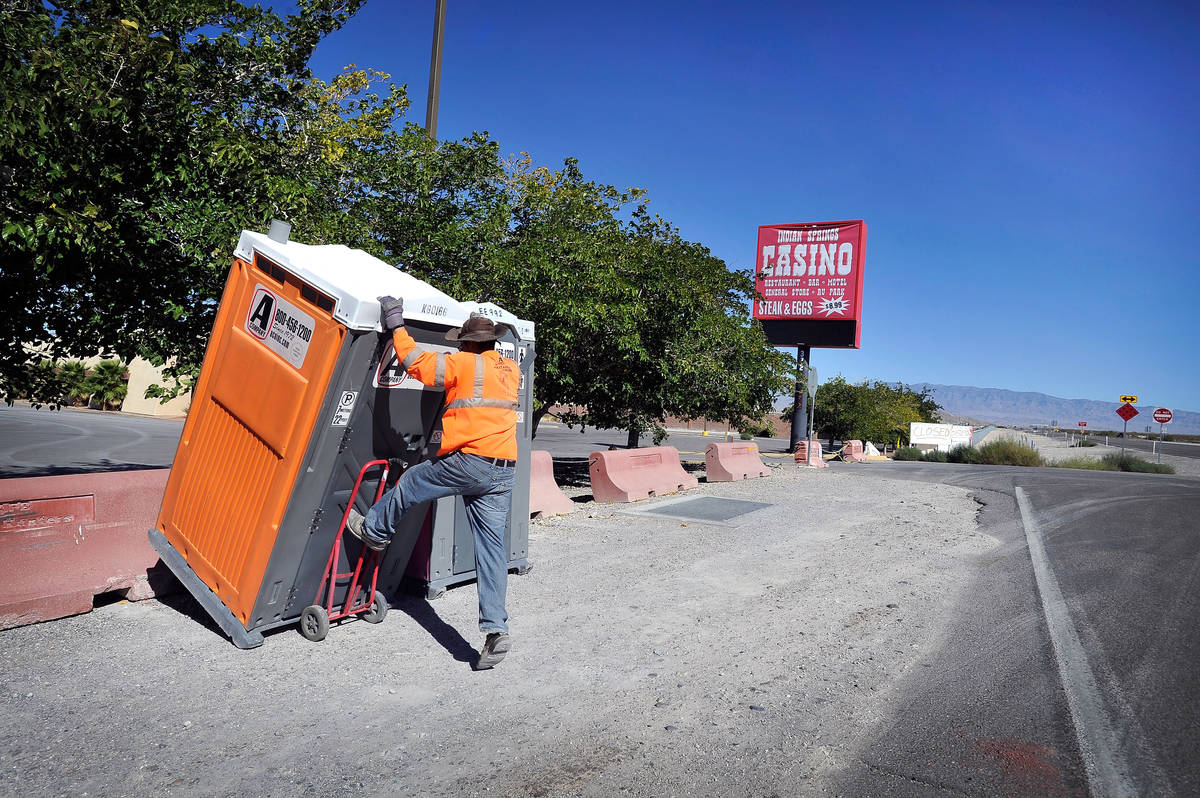 Indian Springs is one step closer to getting a casino.

The state Gaming Control Board on Wednesday recommended approval of licensing for Herbst IS Holdings LLC for a casino in the small community bordering Creech Air Force Base 45 miles northwest of Las Vegas.

The unanimous vote came in an unusual online meeting of the board allowed by Gov. Steve Sisolak’s emergency directive to limit the spread of the COVID-19 virus.

If the licensing is approved by the Nevada Gaming Commission when it meets April 22, representatives of the Herbst Family Trust say they hope to open the new casino by Memorial Day.

The original Indian Springs Casino, built in the mid-1980s, closed its doors in 2014 when the Air Force acquired 16.9 acres adjacent to the base for $11.45 million. The land was needed to provide an increased security buffer around the base to comply with anti-terrorism requirements developed after the 9/11 attacks.

Creech is home to a base where pilots and sensor operators sit at computers controlling MQ-1 Predator and MQ-9 Reaper drones via satellite links as they fly combat missions over conflict areas thousands of miles away in the Middle East and Afghanistan.

The original casino had 60 slot machines and seven more were in a small store.

When the Air Force acquired the land, it demolished the casino, restaurant, motel, gas station and trailer park on the east side of U.S. Highway 95 — the primary route from Las Vegas to Reno and Carson City.

The owner, Indian Springs Operating Co., LLC, retained the gaming license there and received permission to relocate a development to the west side of the highway in 2016.

The Control Board’s action Wednesday recommends the transfer of the license to Herbst as well as the licensure.

Tim Herbst, manager for Herbst IS Holdings, said the new development will have a casino with 75 slot machines, an eight-pump gas station, a charging station for electric vehicles developed in a collaboration with the state, a convenience store and a Bob’s Big Boy restaurant.

Herbst said he expects details of the transition will be completed by mid-May so that the operation can open by the end of May.

The Control Board completed its meeting in 45 minutes and, in a departure from typical sessions, Chairwoman Sandra Morgan waived appearances by licensees on other requests. Board members conducted business from different locations.

Morgan concluded the meeting with a tribute to Nevada Gaming Commission Chairman Tony Alamo, who on Tuesday announced his resignation from the board.

Alamo, a physician who has served as a gaming regulator for 12 years, is resigning before the end of his third term to devote more time to battling the COVID-19 outbreak.

Alamo’s last day on the five-member commission will be April 17.