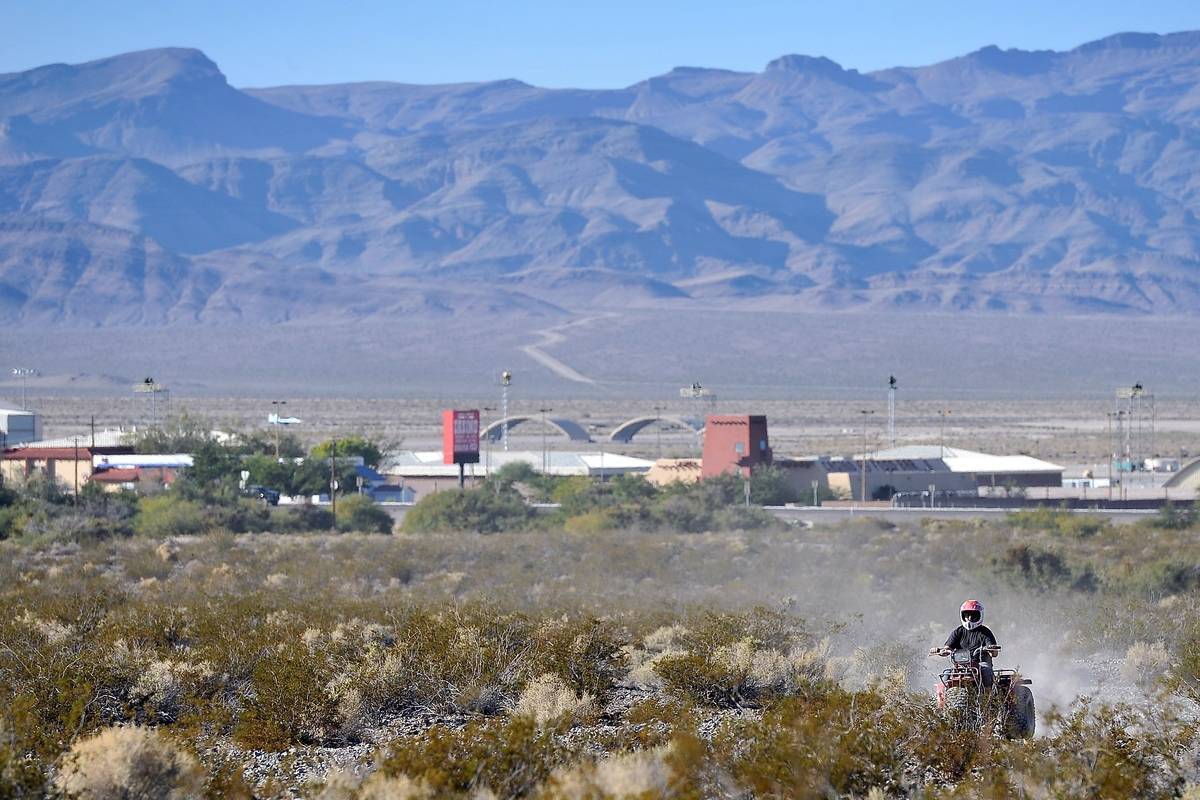 An off-road rider travels along a dirt trail in the desert area in Indian Springs in October 2014. (Las Vegas Review-Journal)

It’s been six years since Indian Springs had its own casino.

Now, it’s on the verge of getting one back.

The Nevada Gaming Commission on Wednesday unanimously approved licensing for Herbst IS Holdings LLC for a casino in the small community bordering Creech Air Force Base 45 miles northwest of Las Vegas.

Commissioners also paid tribute to former Chairman Tony Alamo, a medical doctor who left the commission to focus on battling the COVID-19 pandemic.

Representatives of the Herbst Family Trust say they hope to open the new casino by early June.

The land was needed to provide an increased security buffer around the base to comply with anti-terrorism requirements developed after the 9/11 attacks.

Creech is home to a base where pilots and sensor operators sit at computers controlling MQ-1 Predator and MQ-9 Reaper drones via satellite links as they fly combat missions over conflict areas thousands of miles away in the Middle East and Afghanistan.

The new development by Herbst will have a casino with 75 slot machines, an eight-pump gasoline station, a charging station for electric vehicles developed in a collaboration with the state, a convenience store and a Bob’s Big Boy restaurant.

At the end of the meeting, Vice-Chairman John Moran and the three other commissioners paid tribute to Alamo, who served on the board for 12 years and resigned Friday.

“We all were disappointed to hear of your departure from the commission,” Moran said. “We understand, however, your strong determination and resolve to continue the relentless pursuit of medicine to fight the COVID-19 virus attacking our community at all levels. A heartfelt thank-you for the many years of dedicated public service at the helm of our state’s most prestigious commission regulating our biggest industry, gaming.”

Gov. Steve Sisolak has yet to name a new chairman or a replacement for the vacant commission position.