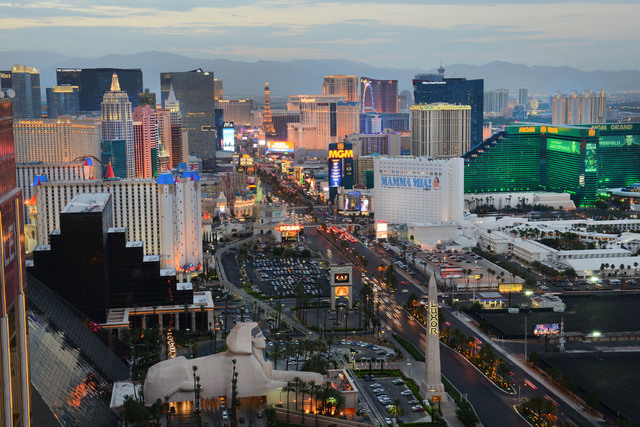 Gaming revenue statewide and on the Strip dipped during August, the market’s first monthly decrease since February.

High-end baccarat wagering played a significant role in the monthly decline. Revenue from the game fell almost 14 percent on the Strip, even though the amount players wagered on baccarat increased.

The Gaming Control Board said Friday casinos collected $920.2 million from gamblers in Nevada during August.

Most analysts expected August would be challenged to match last year’s total. In August 2013, gaming revenue increased more than 20 percent on the Strip.

“We would caution investors from reading too much into the headline, as the figure was predominantly driven by a decline in baccarat hold,” said Stifel Nicolaus Capital Markets gaming analyst Steve Wieczynski said.

The double-digit percentage decrease in Strip baccarat revenue to $166.7 million happened despite $1 billion in wagers on the game, an increase of 2.4 percent over a year ago. The hold percentage — the amount kept by casinos after all wagers — was off from an unusually high 18.92 percent in August 2013 to 15.92 percent this year.

For the first eight months of 2014, baccarat wagering in Strip casinos is up 10.9 percent.

For the first eight months of 2013, gaming revenue is up 4.6 percent on the Strip and 0.7 percent statewide.

“August was slightly disappointing, but that is mostly due to hold,” Macquarie Securities gaming analyst Chad Beynon said. “We expect Strip revenues to bounce back in September.”

Analysts also pointed to a 6 percent increase in total slot machine wagering on the Strip.

“Slot volumes tend to serve as a good indicator for overall health of the pure mass segment,” Wieczynski said.

“Those are the type of metrics we want to see,” Lawton said.

Clark County gaming revenue as a whole fell 5.1 percent in August. Three reporting areas — Mesquite, North Las Vegas and downtown Las Vegas — were the only areas in the county that showed increased gaming revenue totals in the month.

Union Gaming Group analyst Robert Shore told investors the locals market will eventually see the benefit from new investment on the Strip. So far, economic fundamentals — such as housing, wage growth, employment and population — have not translated into gaming growth in casinos catering to local customers.

The late-August opening of the SLS Las Vegas was just the beginning, Shore said. Construction of the $4 billion Resorts World Las Vegas by Malaysia-based Genting Berhad will be an important catalyst.

“We think when major development projects really get into vertical construction and hire skilled laborers, this could get the ball rolling for top-line increases,” Shore said. “In the interim, the promotional environment is stable and operators are looking to reprogram assets to be less-gaming dependent.”

Online poker revenue from the state’s three Internet wagering sites combined for revenue of $742,00, the lowest monthly figure since the state began releasing the totals in February. The figure was still 8.7 percent higher than a year ago, when just one online poker website was in operation.

Nevada collected $50.7 million in gaming taxes September based on August’s gaming revenue, a decline of 1.25 percent from a year ago. For the first three months of the fiscal year, gaming tax collections are down 4.6 percent.