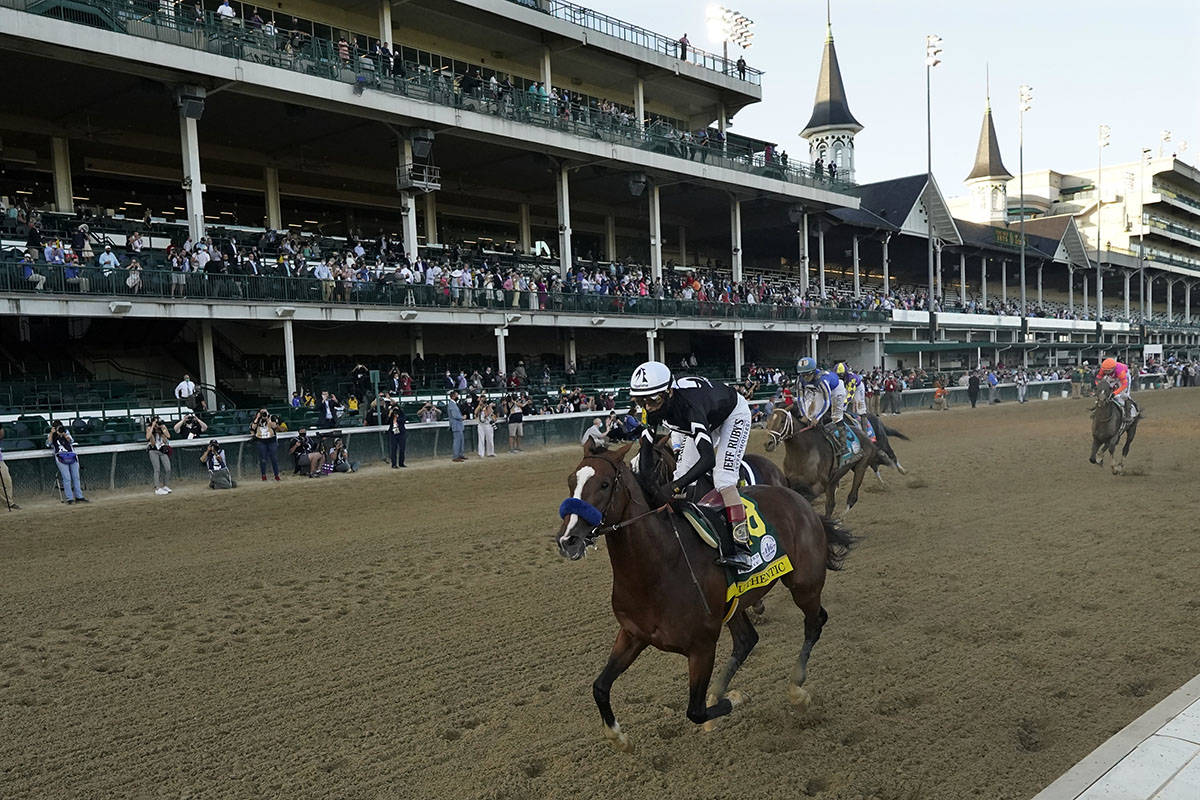 Horse-racing fans will be able to bet on May 1’s Kentucky Derby, thanks to a unanimous vote of the Nevada Gaming Commission Thursday.

Following an hourlong hearing, commissioners agreed to amend an existing regulation to allow the state’s more than 120 sports-betting locations to use a nationally televised broadcast to determine the results of the race instead of licensed disseminators.

Las Vegas Dissemination Inc. and Nevada Disseminator Services Inc. have been unable to negotiate a contract with Churchill Downs, the Louisville, Kentucky-based horse-racing track that conducts the Kentucky Derby, horse-racing’s most famous event and the first leg of the Triple Crown of horse racing, to provide race results.

Regulation 22 requires that a licensed race book shall determine the winners of or payouts on wagers on horse and other animal races only with information the book receives from licensed disseminators.

The action also will enable wagers on the April 30 Kentucky Oaks race.

The amendment gives race books another option: determining the outcome and payouts based on what they see in televised broadcasts.

The amended text lists several exceptions to the rule that only licensed disseminators can provide race results. The amendment says:

— The book must file a request with the Control Board chair, at least seven calendar days prior to the races taking place, for permission to determine the winners of specific races based on nationally televised broadcasts. That means books that want to take action on the race would have to file a request by Friday for Kentucky Oaks and Saturday for the Derby.

— There is not an off-track pari-mutuel wagering agreement in place between the track where the races are being held and any licensed race book or the Off-Track Pari-Mutuel Wagering Committee.

— The book stops accepting wagers on each of the races at the time the first horse or other animal enters the starting gate.

— The book shows the nationally televised broadcast of the races live at the book.

— The chair, upon a finding that the request is consistent with the public policy of the State of Nevada as set forth in Nevada Revised Statutes 463.0129, approves the request subject to any limitations or conditions the chair deems appropriate.

Commissioners also added a sunset clause to the amendment. It’ll expire the date of the July 2023 Nevada Gaming Commission meeting. They settled on that date to enable interested parties to lobby the Nevada Legislature for changes in statutes involving the information dissemination issue.

Las Vegas attorney Marc Rubinstein, an attorney representing the Nevada Pari-Mutuel Association, presented the petition for the amendment and argued for the changes.

He was countered by Las Vegas attorney Mark Ferrario representing Las Vegas Dissemination and Nevada Disseminator Services as well as Brad Blackwell, senior vice president and general counsel of Churchill Downs. A letter of support for Churchill Downs and the disseminators was submitted by Drew Fleming, president and CEO of the Breeders’ Cup, another top horse race scheduled Nov. 5-6 at Del Mar Racetrack in Del Mar, California.

Blackwell contended that the race represents intellectual property belonging to Churchill Downs and that the track should be compensated for its production.

“Booked wagers addressed with this proposed amendment by Nevada race books look to profit unfairly off the efforts and rights of others,” Blackwell said in a letter to the commission. “Further, we are certain that Nevada customers want to wager into track pools and get access to all wager types at track odds without the limitations that Nevada race books put in place to cap their own exposure at the expense of their own customers.”

Blackwell said he believes racetracks and horsemen should be fairly compensated for any wagers on the races that they produce. He also indicated that the commission could be in violation of the Interstate Horseracing Act, the Copyright Act and the Sherman Act with its action, hinting at filing a lawsuit.

Members of the five-member commission said they were acting on behalf of racing patrons and that Nevada sportsbooks must be enabled to take wagers on the Kentucky Derby in order to maintain its status as the gold standard of legalized gaming in the country.

Local sportsbooks were delighted with the outcome.

“We’re really looking forward to a thrilling turnout at the end of this month,” said Tony Nevill, race and sportsbook director at Treasure Island.

“Between the Pro Football Draft and Derby Weekend, we’re going to see a nice gathering of sports and race fans placing big bets on their favorite outcomes,” Nevill said. “There’s nothing like catching all the action live and placing bets at a sportsbook surrounded by other excited fans.”