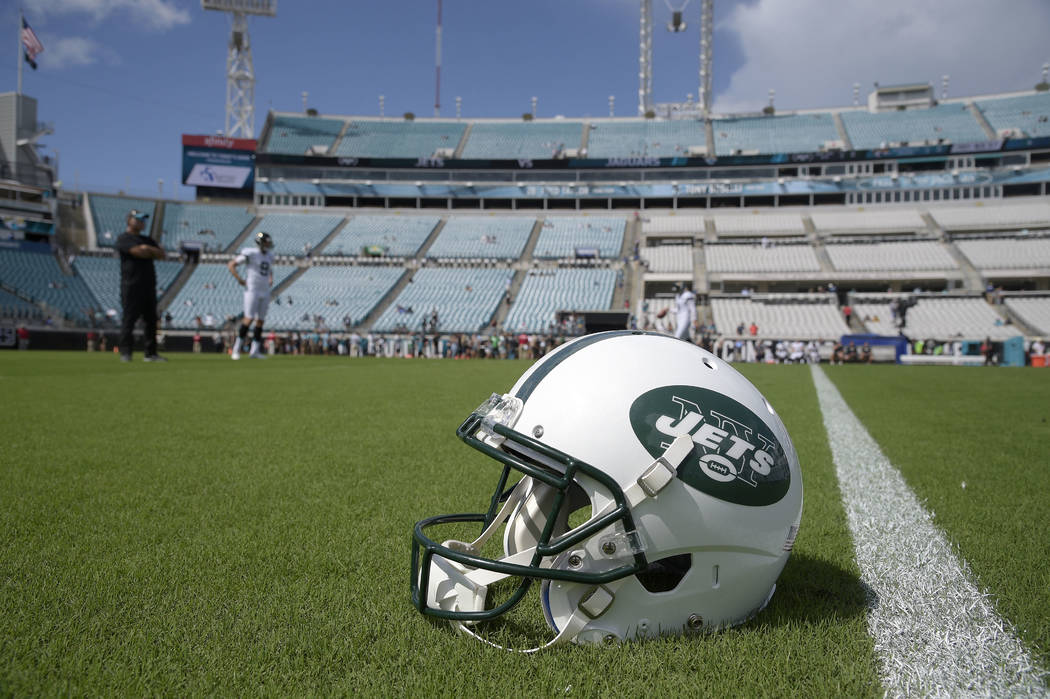 A New York Jets helmet sits on the field during warmups before an NFL football game against the Jacksonville Jaguars Sunday, Sept. 30, 2018, in Jacksonville, Fla. (AP Photo/Phelan M. Ebenhack) 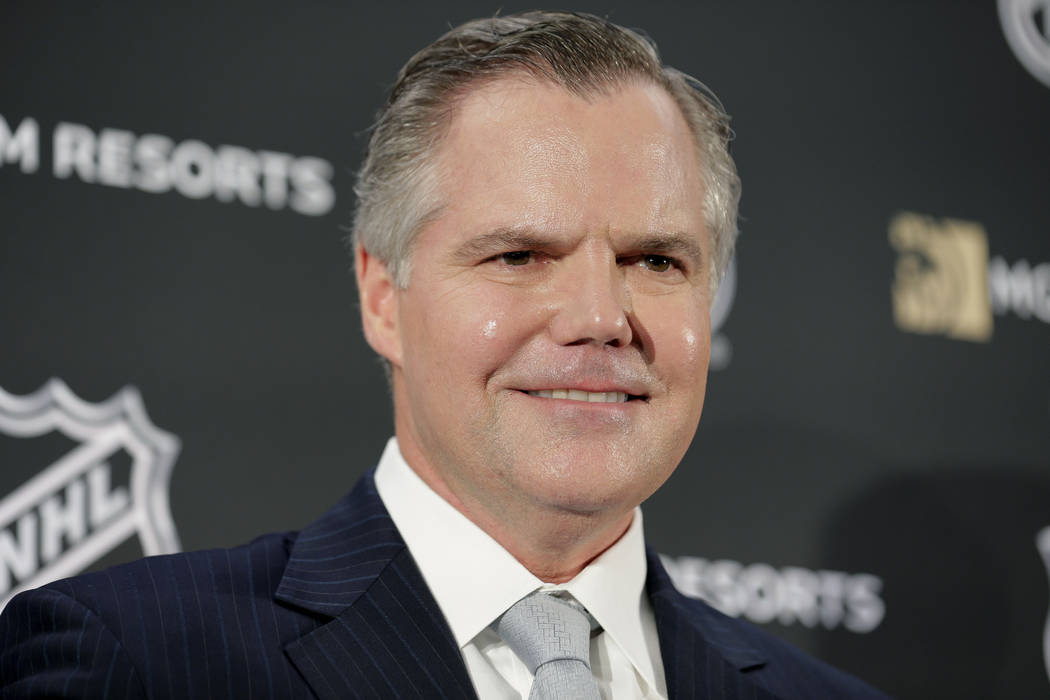 James Murren, CEO of MGM Resorts International, participates in a news conference in New York, Monday, Oct. 29, 2018. The NHL announced a multiyear agreement Monday to provide MGM Resorts International with data for use in betting, the second major U.S. professional sports league to strike a deal with the casino giant since the Supreme Court opened the way to expanded gambling last spring. (AP Photo/Seth Wenig)

The NFL may be taking a tough stance on sports betting, but that is not stopping MGM Resorts International from penning deals with football teams.

The Las Vegas-based casino operator signed a multiyear partnership with the New York Jets to promote its properties and mobile app to fans. The deal, announced Wednesday, is MGM Resort’s first with an NFL franchise.

MGM called the agreement “the most comprehensive and integrated gaming partnership” in the league. Financial terms were not disclosed.

MGM Resorts has already signed league partnerships with the NBA and NHL on wagering. Now it has also reached a deal with the NFL, which has been the most vocal in demanding sports betting operators pay fees to leagues.

The NFL stance is unlikely to stop other football teams from signing deals with gaming companies that are potentially worth millions of dollars a year.

“Individual teams are going to maximize the available opportunities they have from sports betting regardless of how the league is approaching the issue,” said Chris Grove, managing director of sports and emerging verticals at Eilers & Krejcik Gaming.

MGM’s partnership with the Jets includes giving fans access to an enhanced mobile game that can be played through the team’s app. Marketing aspects, such as signage at MetLife Stadium and advertising, are also included.

MGM Resorts will also sponsor and receive access to the Jets’ production studio at the team’s facility, and Play MGM Studio will be the year-round multimedia home for team content. The casino giant will also provide various hospitality opportunities for Jets season-ticket holders and Jets Rewards members.

Casino and sports betting operators including MGM Resorts, Caesars Entertainment Corp. and William Hill US, have been aggressively pursuing partnerships with leagues and teams ever since the U.S. Supreme Court overturned a law in May that banned wagering in most states.

The companies are seeking to grab market share in a nascent industry that Credit Suisse estimates could generate annual profits of $4.5 billion by 2023.

The partnerships enable them to promote their sports betting apps and properties to millions of potential customers.

Partnership announcements have been trickling since May, and it’s just the beginning, said Irwin Raij, co-chair of the sports group at New York-based O’Melveny & Myers, whose clients include professional teams.

“We are going to see a lot more deals at the team level,” Raij said.