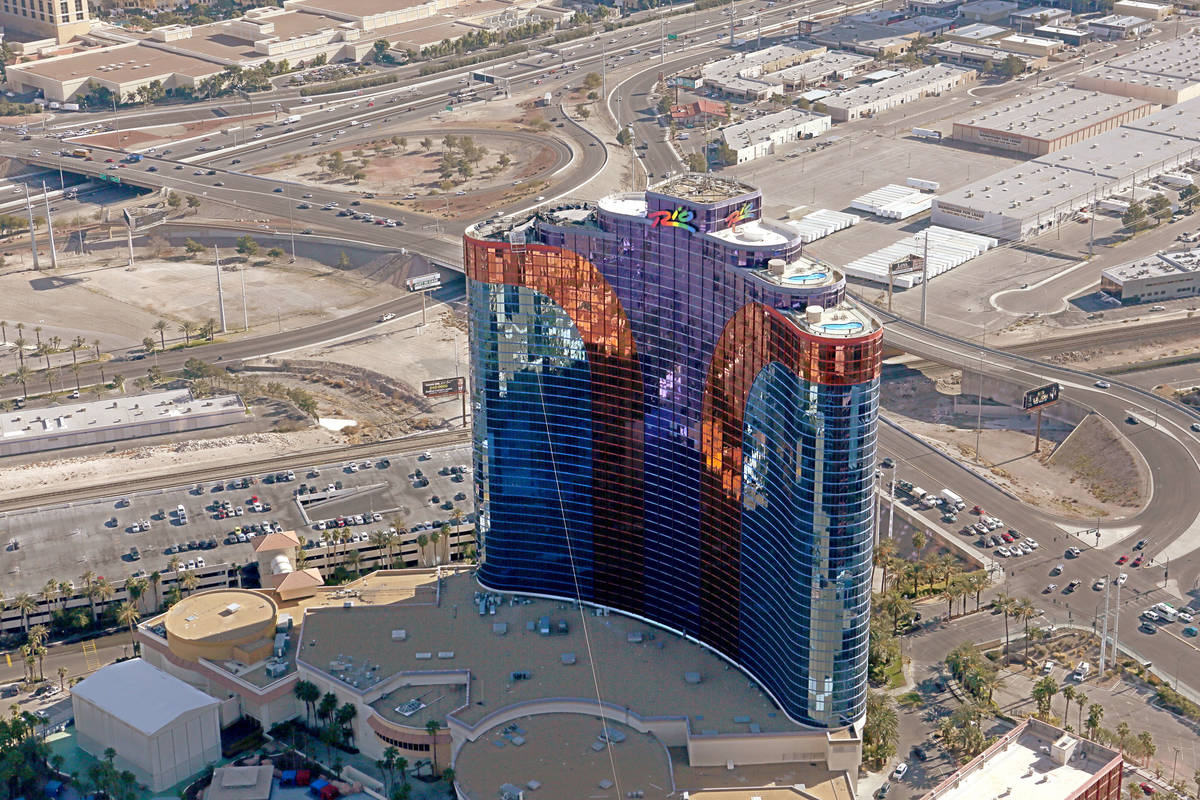 Gaming regulators got a glimpse of what’s in store for the Rio on Wednesday, and it has nothing to do with tearing the building down or turning the land into a baseball stadium.

The Nevada Gaming Control Board unanimously recommended a preliminary finding of suitability for Dreamscape Companies LLC executives Eric Birnbaum and Thomas Ellis. The board’s recommendation will go to the Nevada Gaming Commission for final approval Jan. 21.

Birnbaum said once Dreamscape begins operating the Rio sometime in the next two years the property would get “a monster refresh” and a re-examining of what food and beverage amenities make the most sense for the 2,500-suite off-Strip property that opened in 1990.

Dreamscape currently owns the property that is managed by Reno-based Caesars Entertainment Inc. Birnbaum’s company announced that it had acquired the Rio for $516.3 million in September 2019. Under terms of the purchase agreement, Caesars would manage the property for two years and pay $45 million in annualized rent. There’s an option for a one-year lease extension that would cost Dreamscape $7 million.

Caesars retained the rights to the World Series of Poker, a staple at the Rio since 2005.

In an interview after the deal was announced, Birnbaum dismissed reports that the Rio’s 90-acre campus that includes 22 acres of unused property would be developed into a major league baseball stadium in a bid to attract a franchise to Southern Nevada. There were also persistent reports that the building would be imploded for a new opportunity.

Birnbaum again dismissed those reports in his testimony before the Control Board on Wednesday.

“It’s amazing the rumors that get thrown out there,” he told board members. “I’ve heard everything about how we’re going to tear it down. I’m a big baseball fan so I was excited to hear we were recruiting the Oakland Athletics (to move to Las Vegas), but that was never the case.”

Birnbaum told board members that the COVID-19 pandemic has slowed his company’s plans to move quickly on upgrading the Rio. He said he has enlisted the help of Cosmopolitan of Las Vegas CEO Bill McBeath as a consultant on gaming matters.

“We’re real estate guys and I don’t profess to be a gaming connoisseur,” Birnbaum said. “We have surrounded ourselves and have learned a lot along the way with what we deem to be some of the best and brightest in the industry. We’re humble and we’re looking forward to creating hopefully a best-in-class team and project.”

Birnbaum said he was happy to see the Rio reopen Dec. 22 after it had been closed since March.

“All we had to go on was numbers on a spreadsheet,” he said. “We didn’t actually get to see the asset while we owned it and see those numbers play out live. It’s been unfortunate that we haven’t been able to do that because of COVID. Thankfully, on Dec. 22, the Rio reopened on a partial basis so we’re starting to get little bit under the hood in real time, which is nice.”

Once Dreamscape takes possession of the property Birbaum said he expects Plano, Texas-based Aimbridge Hospitality “to have an active role in running the hotel.” By that time, Birnbaum and Ellis will be required to apply for a more thorough finding of suitability. The two first met when they both worked at Vornado Realty Trust, a real estate investment trust based in New York.

Birnbaum said the biggest challenge will be matching property amenities to its anticipated customer profile, which he called “approachable luxury.”

Birnbaum believes his company will have an advantage in that it will be able to focus 100 percent on the Rio while the property was one of many in the Caesars portfolio.

“It’s putting together an aesthetic that is updated and feels relevant and then curating it with experiences, notably relevant food and beverage brands that appeal to who we think our customer is,” he said. “We know, or at least we think we know, who our customer is and we’re going to create a product targeted to that customer.”

He also anticipates a strong rebound for the Rio and for Las Vegas once the effects of COVID-19 are gone.

“Our view is that there is going to be a vaccine and as a result, there’s going to be a lot of pent-up demand that is forthcoming,” Birnbaum said. “Our view — and we could be wrong — is that Vegas is poised to really benefit from that.”

As a result, Birnbaum said he hopes his company takes over the property before 2023.