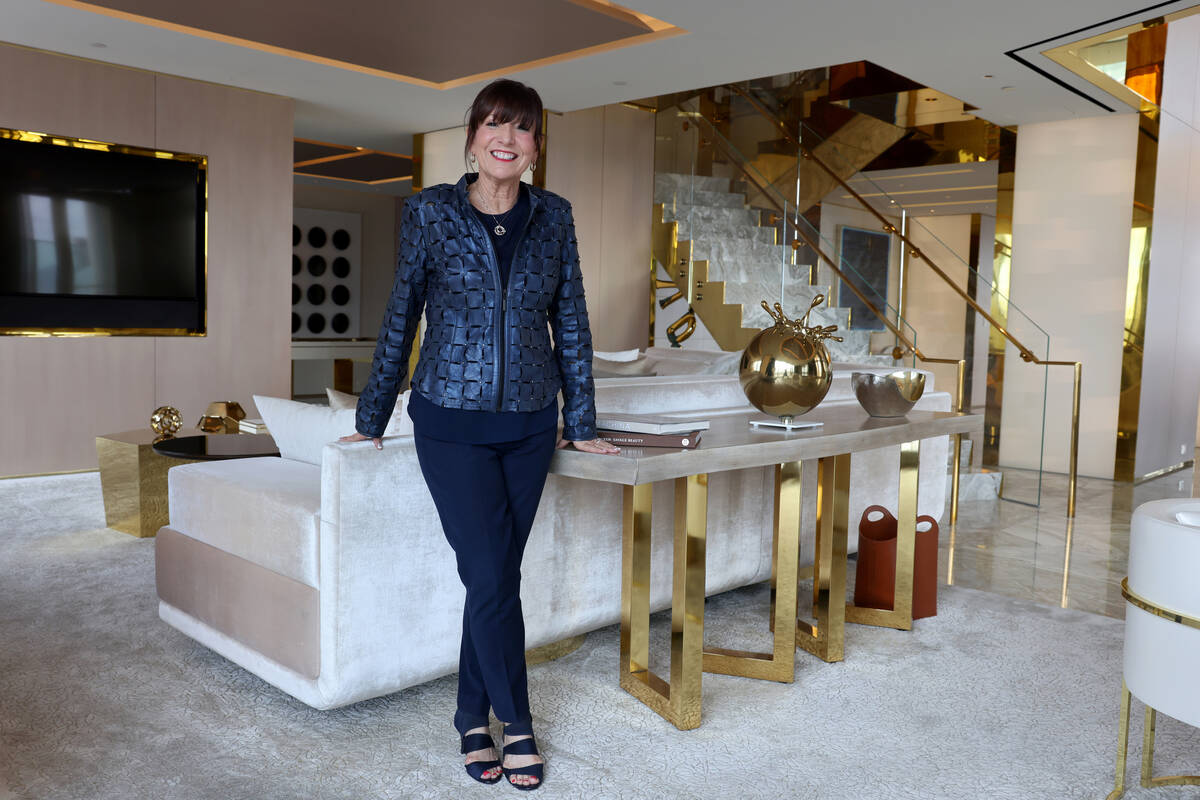 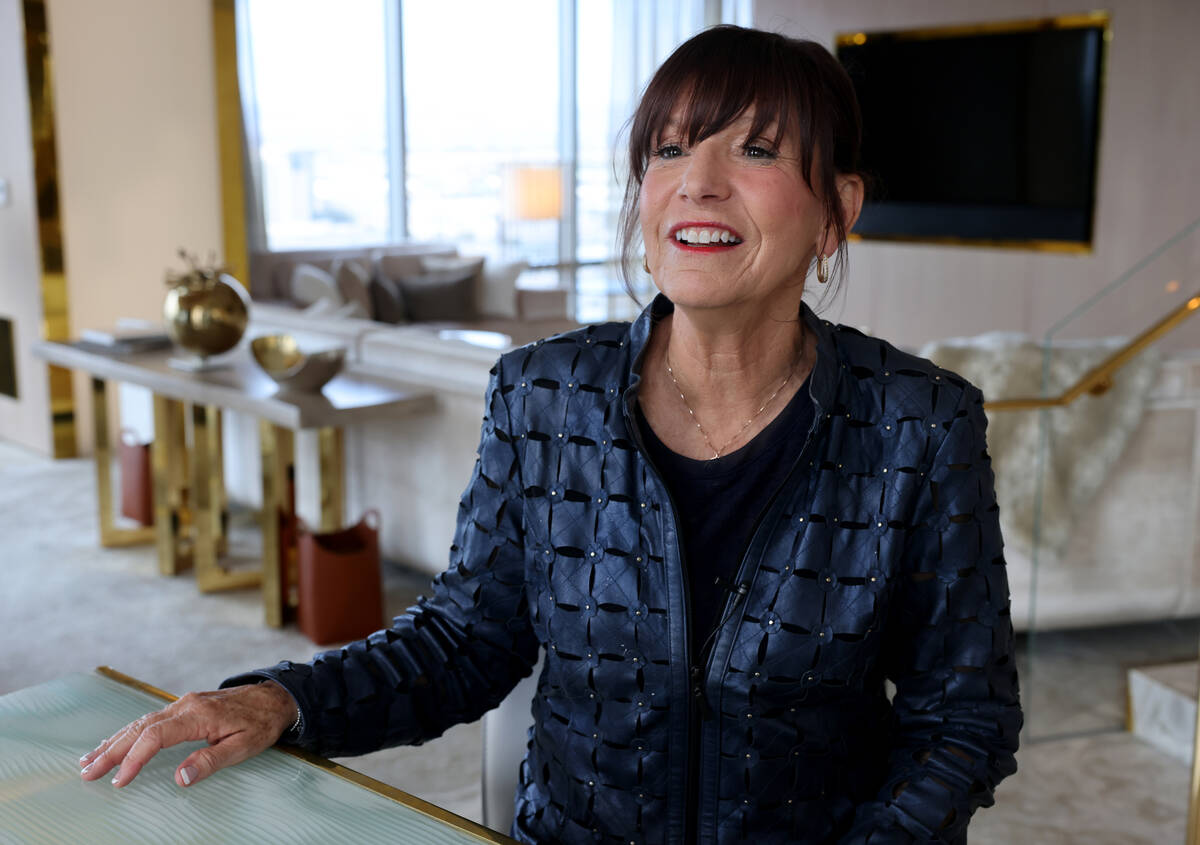 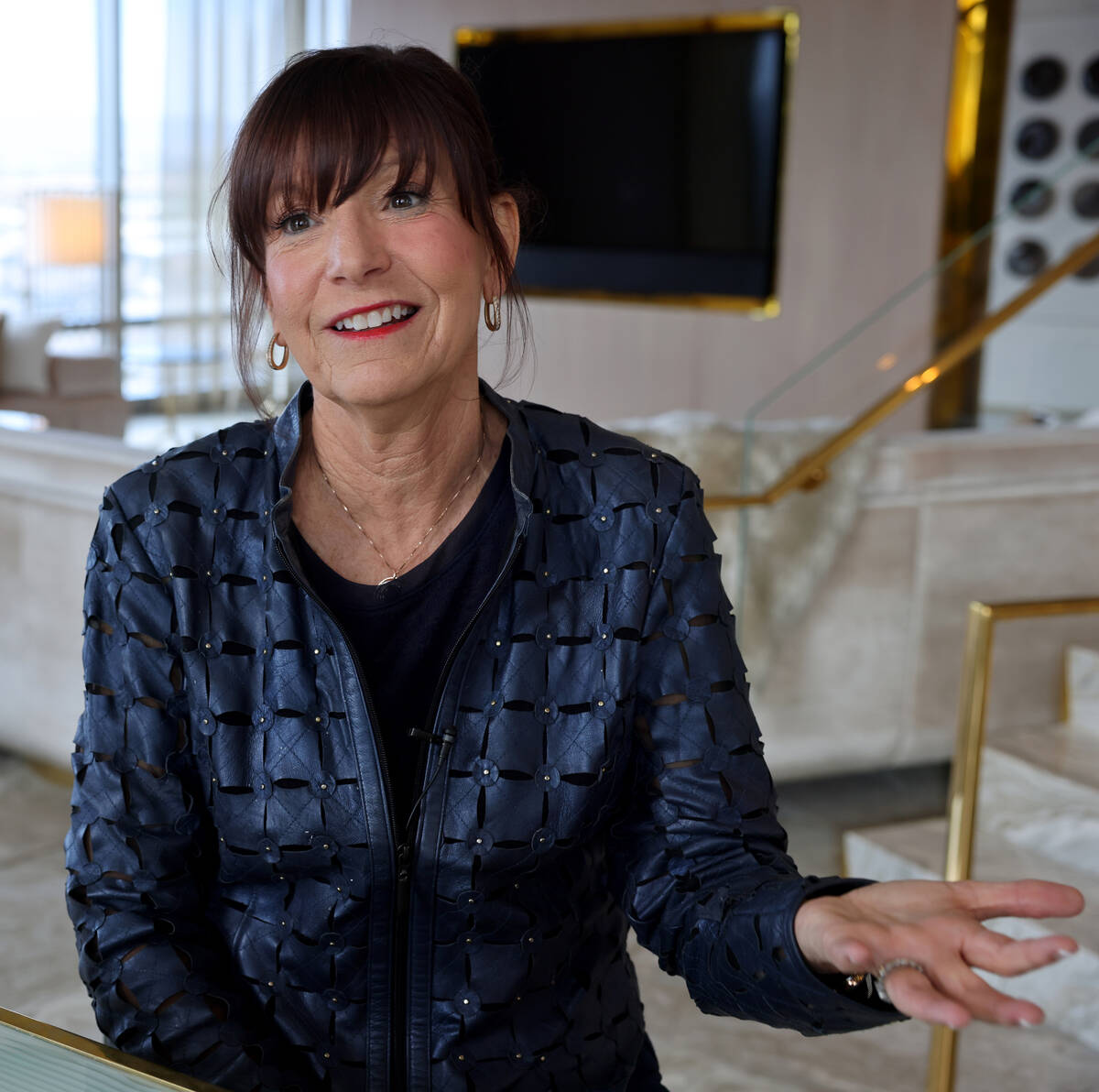 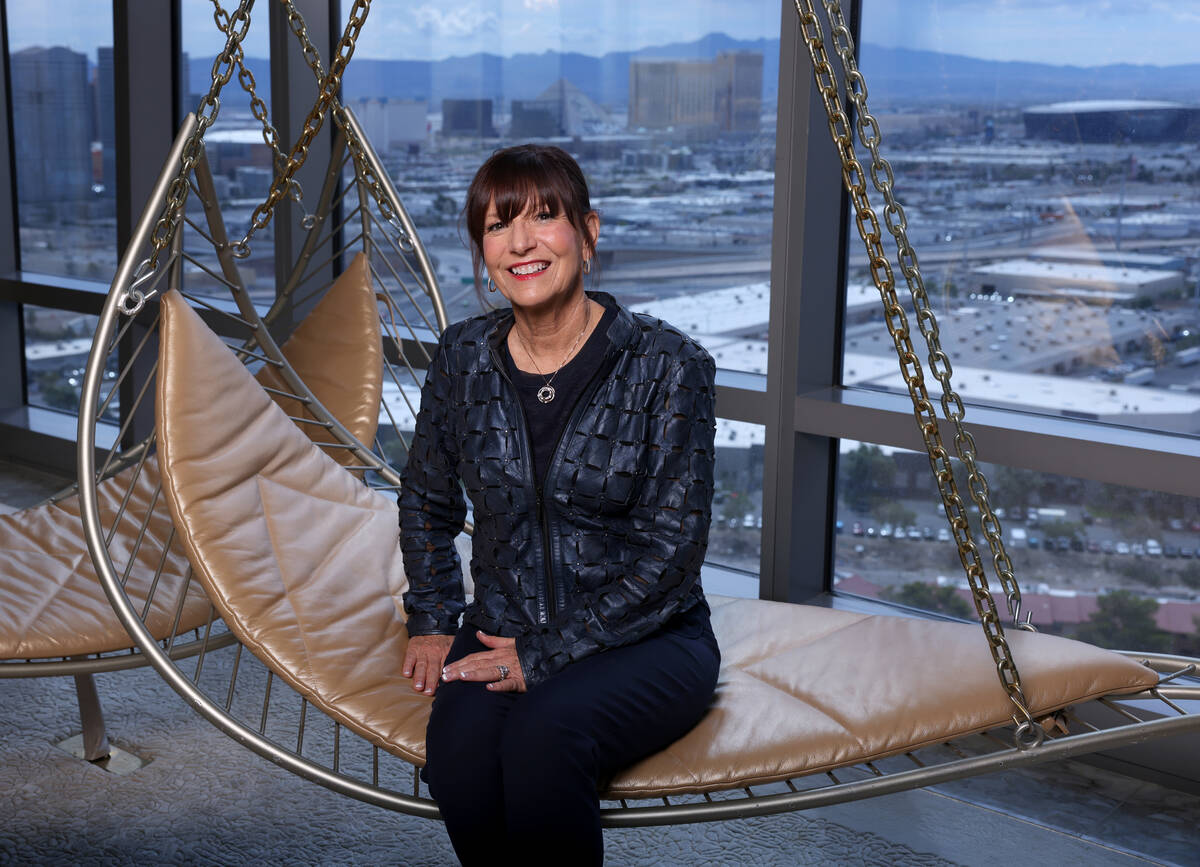 The expansive view from the Palms’ Sky Villa suite on the 32nd floor shows off many of the things Cynthia Kiser Murphey is excited about.

Looking out from one of the windows, the casino-resort’s general manager points out the short shuttle ride to Allegiant Stadium, available to loyalty club members going to home football games. From another window, she notes the recently reopened rooftop bar, Ghostbar, and the new energy brought by its live music schedule.

Amenities and regional events are all part of putting the Palms back on the Las Vegas scene after going dark in March 2020. Kiser Murphey said reactivating the dormant site was not easy. Former owner Red Rock Resorts kept the property closed during the pandemic then sold it to the San Manuel Band of Mission Indians for $650 million in May 2021. The deal marks the first time a Native American tribe owns and operates a resort in Las Vegas.

By September, Kiser Murphey, a longtime MGM Resorts International executive, was named general manager of the off-Strip resort. She began working at MGM in 1992 and was the president and chief operating officer at New York-New York from 2008 until last spring.

Even before the Palms reopened in April, Kiser Murphey said the dedication of its new ownership and returning staff helped relaunch old venues and welcome new concepts.

She sat down with the Las Vegas Review-Journal last week to reflect on the nearly 21-year-old property, which overlooks the Strip from across Interstate 15 on Flamingo Road, and share her hopes for the future. This interview has been edited for length and clarity.

Review-Journal: It’s been about five months since the Palms reopened. Walk me through how the first few months have been.

Kiser Murphey: The first few months have been super fun, super exciting, quite dynamic — a lot going on every day here at the Palms as we’re really learning about how the property flows and the energy and the pace. It’s really been very, very exciting as we’ve been opening restaurants and bringing on our live entertainment, opening the Pearl (Theater) and really getting to know our amazing employees.

Has anything about the public’s reaction surprised you?

We’ve had a lot of great responses for our buffet, like Wednesday night is lobster night and our chef dresses as a lobster and walks around and poses for pictures. It’s super fun. I think the surprise is the love that the community has. They come in and they share a lot of stories about, ‘I remember the Palms when …’ When we opened Ghostbar, we had a lot of people admit that they might not have had a legal ID when we opened initially, but they’re legal to drink now… (and) coming back to celebrate the Ghostbar.

Before joining the Palms, you left a leadership role at a large benefits fund. What is it like to come back to the hospitality industry?

I was honored to do it. That was my first year of my whole career that I didn’t work in hospitality. But it’s really my passion. I think I literally was born to do this. And I knew that when I was 17 and I packed my car, moved to Vegas. So I came back to doing what I love and I get to do it for amazing people with an amazing team.

What’s your role in supporting the San Manuel tribe in joining this new market?

It is really such an honor to be the first tribally owned and operated resort in Las Vegas. They are a group of people that are committed to the community, committed to people, very dedicated to our employees and our team, extremely philanthropic. It’s an honor to have the opportunity to represent them and to bring the Palms under their ownership. We’re getting to know each other. I haven’t even been here a year yet and in getting to know them, they’ve been incredibly supportive of our team. They came in, they attended our employee pep rallies, they love to come to employee orientation. They spend a lot of time really talking to our people and connecting. I feel it’s my responsibility to help bring the Las Vegas community to them and help educate them about Las Vegas since I’ve been here for a little while.

What kind of lessons are you passing on about the Las Vegas community?

We’ve brought (the Las Vegas Convention and Visitors Authority) and we’re really trying to educate them about the annual events that happen in Las Vegas and how that impacts the Palms. How does the Palms join the Las Vegas experience and how to step in on all these amazing things going on in our community, like all these amazing sporting events. I think it’s really exciting to merge the San Manuel talent with what’s going on in Las Vegas and with our tribal values as well.

Well, we opened very fast. We got our gaming license in December. We opened in April — not something I recommend ever again. Once the employees came in, and 50 percent were returning, they knew where everything was. We were looking for business tools and they walked in and said, ‘Here it is. Have you tried to look there?’ They also knew about the people. They know about customer favorites, whether it be food items or drinks or music, they know about the customers’ favorite machines, which customer likes which part of the gaming floor. So they’ve been super helpful. There’s a lot that’s happened here at the Palms and we love to hear about the history and we love to create new stories.

The Palms was once famous for its nightlife and lengthy roster of celebrity fans. Are you looking to repeat that?

I think there’s a new kind of celebrity today. We have massive (social media) influencers. They are here all the time. Opening weekend, we knew we would be supporting influencers. What we didn’t know was that one of our employees would spend an hour and 40 minutes helping an influencer video their entire experience. They just assumed we wanted it. The employees brought out the chef, the employees took care of them. This was going on day after day and continues even this week. That’s really new from the old days. Also going back to the celebrity days, Johnny Brenden of Brenden Theatres he has provided a lot of historical perspective, and he’s also excited about the future of bringing more celebrities. We’ve already had a few so we’ll continue to really lean into that and have a lot of activation around that. We had FC Barcelona here. Then the customers were here all night waiting at the elevators to see their favorite players.

How do you balance operating like a Strip casino while still welcoming locals?

The location would tell you that it’s very accessible to locals — very easy to get in and out of parking garages, one on the west end, one on the east end, free parking and flat lot entrances. Very good food and accessible pricing is super important. Having amazing movie theaters, completely remodeled, with local artists and local musicians — literally all over the building. On one night, you might have seven different ways you can see live music and six of them are probably local musicians. And we have local artists coming in, and we have the Shag Store who’s bringing in locals who want to come see a California artist. Now we’re moving into sports season. So for example, Mabel’s BBQ is partnering with local breweries so that every game will feature the craft beers from that city — from L.A., Kansas City, Arizona. As the teams come in, we’ll set up a barbecue and they’re setting up special menus. We’ll be doing some tailgating, and we’ll also have viewing parties. Our sportsbook is amazing — completely remodeled, all new technology and furnishings. We’re enhancing the sports viewing experience.

I think the Strip customer certainly can come up to enjoy the music and dinner and stay over. We also have a strong affinity with our Club Serrano database, people that have been loyal to Yaamava’, our sister property in California. So certainly, Southern California has come to Las Vegas — we know that. You can come to Vegas with your Club Serrano rewards and you can still experience the Strip, which is very close by.

Is there anything opening before the end of the year?

We have Marc Vetri coming back. Vetri Cucina has a view that’s unmatched. It’s a boutique, amazing restaurant. Vetri has been in Philadelphia for many, many years. He’s a well-known chef and has a real love for providing high-quality food. He’ll be opening November 1. We have a lot more concerts booked in the Pearl coming up, and we’re also booking live music now in Kaos.

Considering the short timeline of the Palms opening, is the property where you want it to be?

Of course not, we’re not there yet. When you open in four months, there’s a lot to do. A lot of my responsibility is to get training for our staff. We have 120 different IT systems. That takes a lot of learning to integrate all the systems. We need to now go back and really build that infrastructure of the policies, the training and the programs. Fortunately, we’ve had amazing, friendly, wonderful employees who worked hard to greet the public and to get us going. We have a lot to do to build all the infrastructure to really support them and to continue to grow the guest experience. We won’t be bored for a long time.

What are your hopes and goals for the Palms?

My dream would be that everybody just loves to come to the Palms because they feel comfortable, they feel recognized and that there’s a sense of warmth and friendliness. That would be amazing. That takes some real work by the dedicated ladies and gentlemen who work here and our job as a leadership team is to support the people who serve the guests.