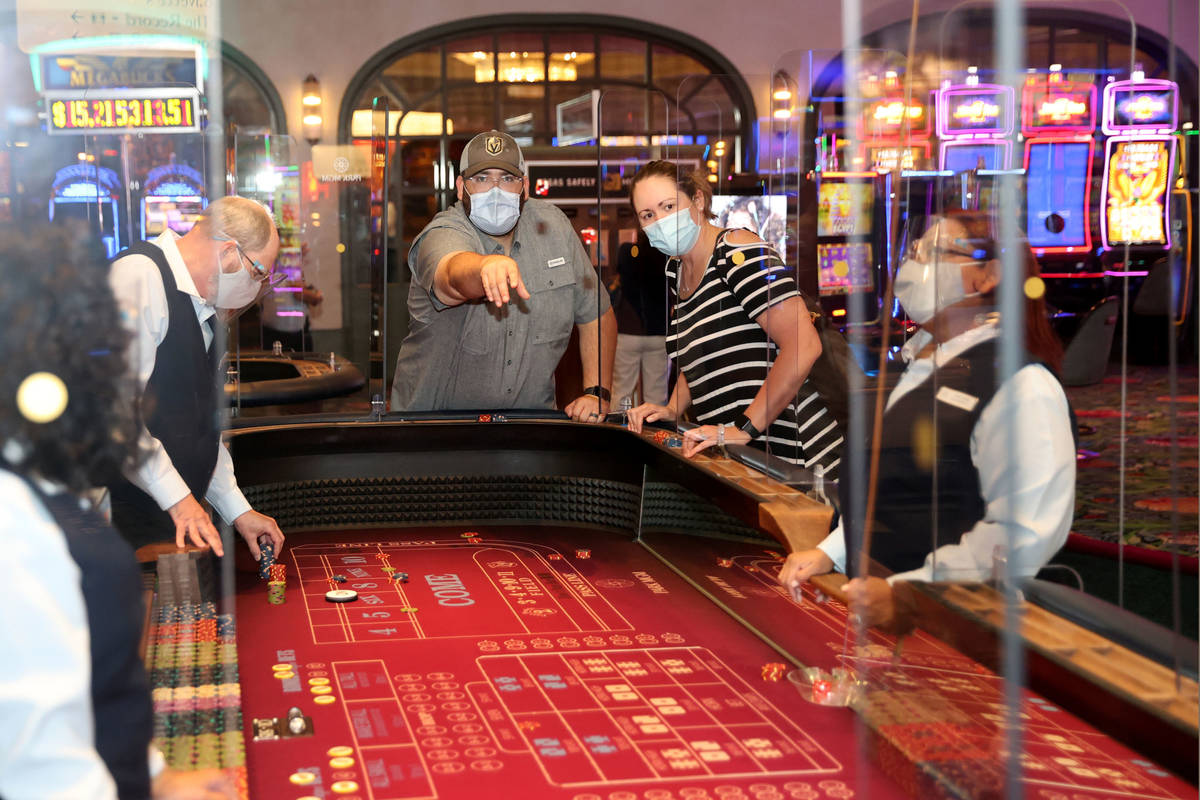 Park MGM’s hotel will close midweek starting Monday, according to a letter sent to staff.

The new operating hours come as the Strip property faces low midweek occupancy rates and the absence of major meetings, conventions and events during the slower holiday season, according to the letter sent Tuesday and signed by Anton Nikodemus, president and chief operating officer of MGM Resorts International’s Las Vegas portfolio.

Park MGM’s hotel will close at noon Mondays and reopen at noon Thursdays. Its casino, pool, restaurants, amenities and the NoMad hotel within Park MGM will remain open throughout the week.

Park MGM was the last of MGM Resorts’ properties to resume operations, reopening as a nonsmoking resort Sept. 30.

Nikodemus said he does not expect the midweek closures extend beyond December, but the company will continue evaluating business levels to determine how long to retain the hotel’s new operating hours.

He remained optimistic that the company’s new Convene With Confidence plan, meant to aid the return of meetings, conventions and entertainment events, will play a role in its recovery.

“Know that all of us on MGM’s leadership team are laser-focused on doing all that we can to bring business back,” Nikodemus said in the letter. “Progress is being made, and we are optimistic that we are headed in the right direction. There are bright spots on the horizon.”

From July to September, the average occupancy rates at MGM Resort’s Las Vegas properties were 44 percent. Rates were 92 percent for the same period last year, according to documents filed with the U.S. Securities and Exchange Commission. Overall, room revenue on the Strip dropped 71 percent compared with the previous year.

Other casino operators have announced midweek hotel closures amid the pandemic, including Wynn Resorts Ltd. and Las Vegas Sands Corp.

Wynn’s Encore is closed Mondays through Thursdays. Wynn spokesman Michael Weaver said Tuesday that the company has no new business volume-based closures to report and that, “consistent with past years, we will rotate through a series of outlet closures for deep cleaning and maintenance work.”

Sands’ Palazzo hotel tower stopped accepting weekday reservations in July but will extend operations over the holidays for stays from Nov. 19-30 and Dec. 21-Jan. 4, according to spokeswoman Alyssa Anderson.

Representatives for Caesars Entertainment Inc. and Station Casinos declined to comment when asked about potential midweek holiday closures. A spokesman for Boyd Gaming Corp. did not return requests for comment.