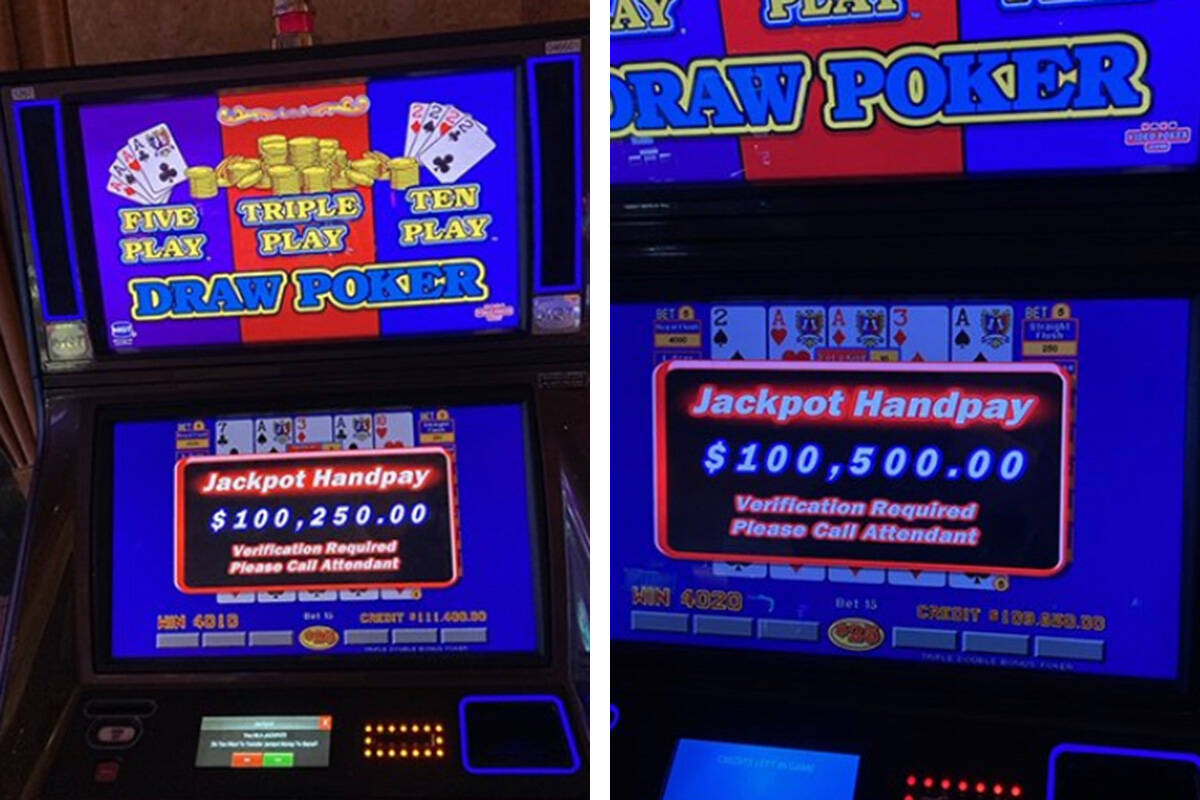 A video poker player left his Friday the 13th fears at the door.

The player won a total of $200,750 on Triple Play Draw Poker machines 15 minutes apart Friday at Caesars Palace, according to a Caesars Entertainment spokesperson.

Another 88 cents helps the cause.

Video poker was kind to a few players at the Henderson stop.

Orlando won't soon forget this latest trip to the Ninth Island thanks to this $10,237.86 TURTLE KINGDOM jackpot! 💰 🐢 pic.twitter.com/hJG8IQluUX

Michael M. is feeling lucky after winning $10,000 on the Gold Standard machine. Congratulations to our #WinnerWednesday feature!