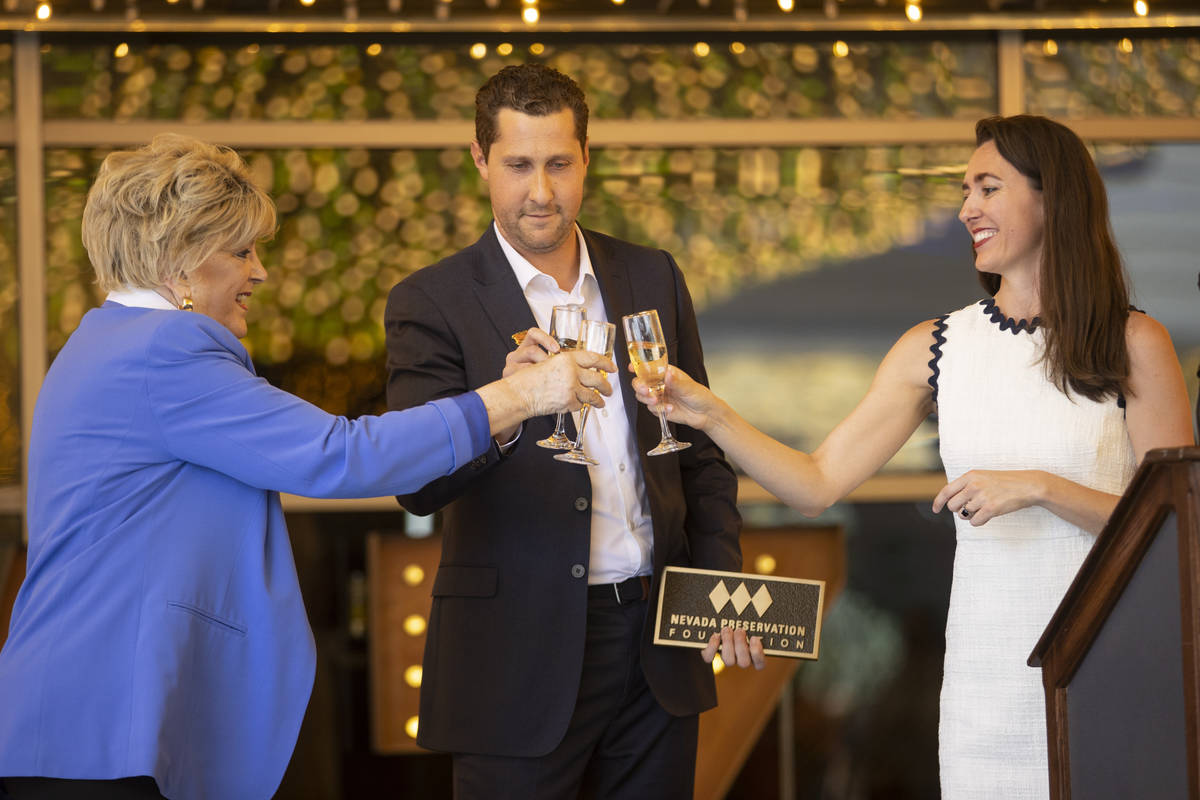 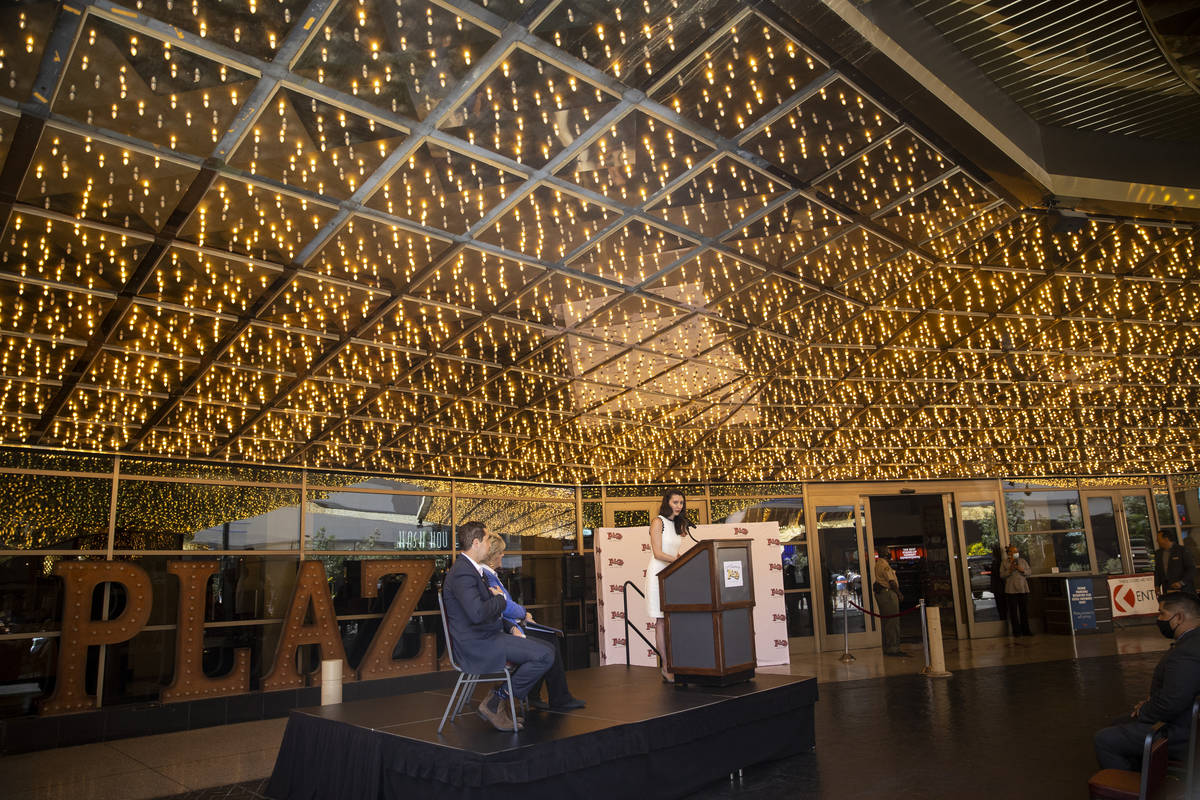 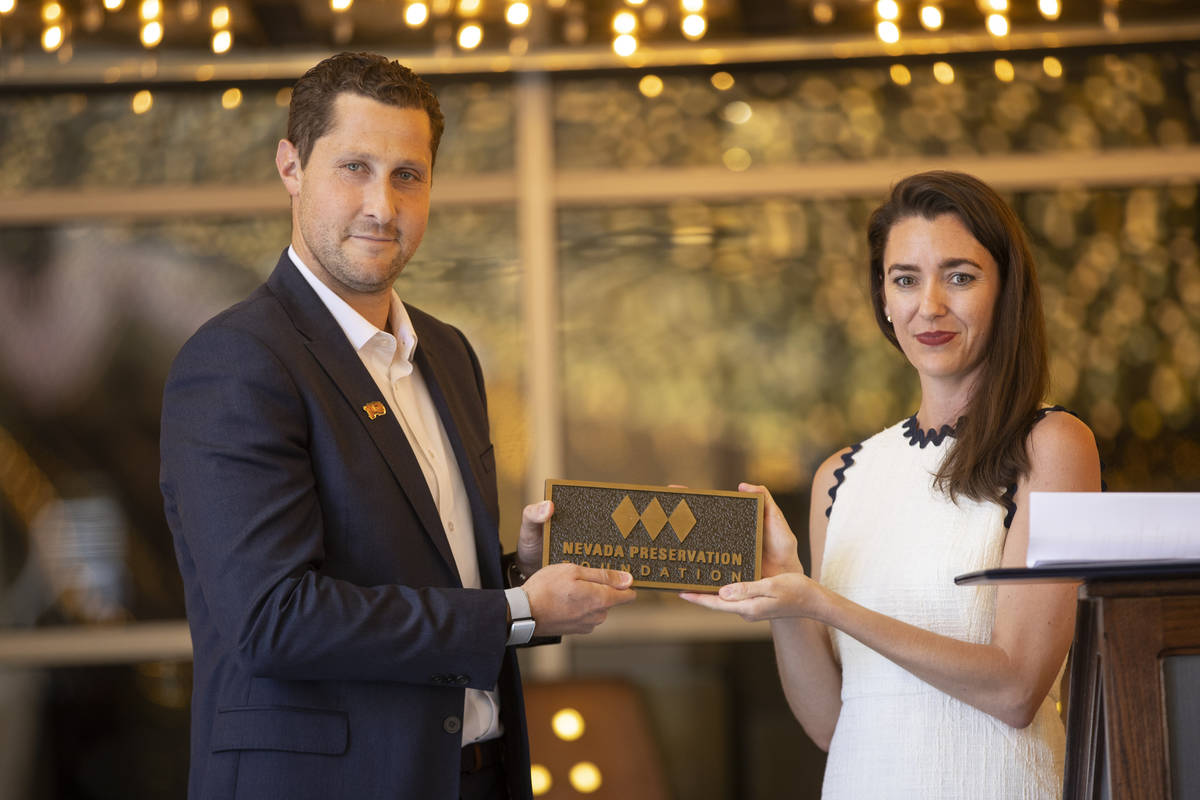 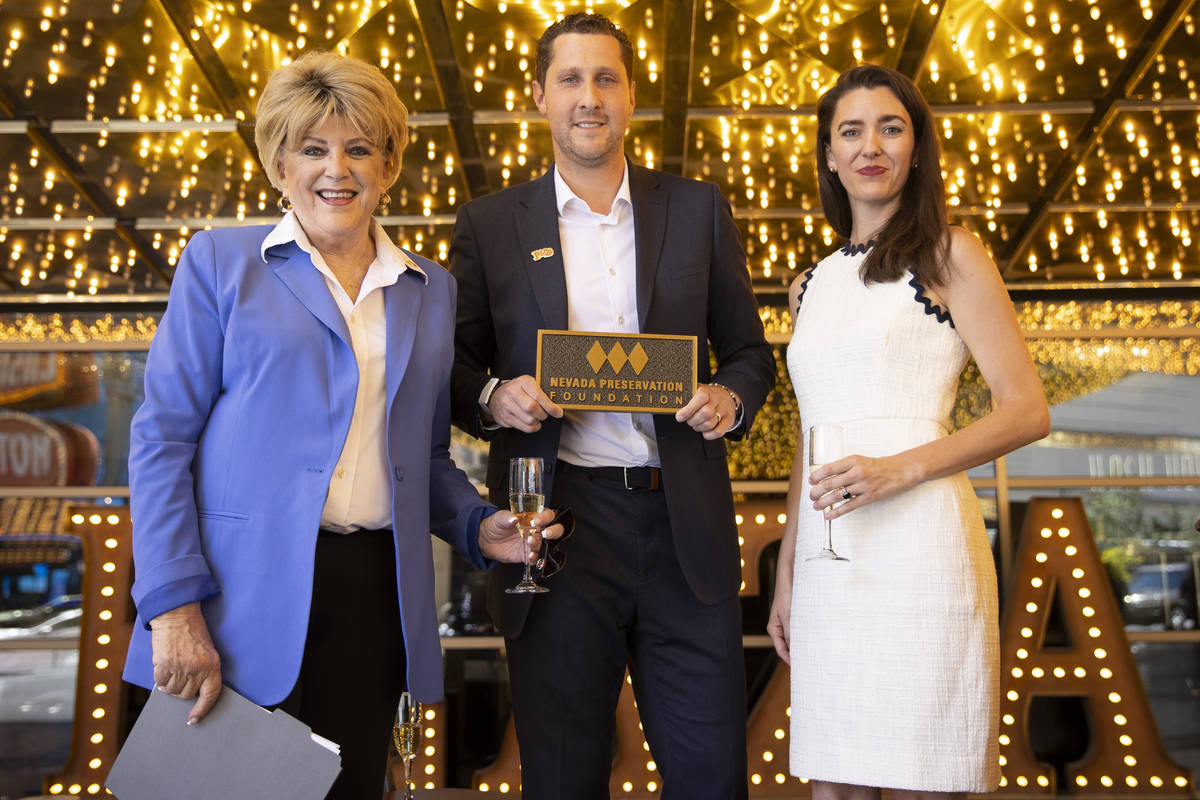 The first came from the Gaming Control Board, which approved the downtown Las Vegas hotel-casino to operate at 100 percent capacity. The second came courtesy of the Nevada Preservation Foundation, which recognized Plaza as a building of historical significance about six weeks ahead of its 50th birthday on July 2.

In a town where some of the oldest and most iconic buildings were often just as likely to be imploded as they were to be renovated, Plaza has lived long enough in downtown Las Vegas to be the first commercial property to receive the foundation’s historic designation.

Officials gathered under the Plaza’s domed porte-cochere Tuesday morning for a ceremony commemorating the occasion. There, the foundation presented a bronze plaque to Plaza CEO Jonathan Jossel, who held the weighty plaque with both hands above his head like a WWE championship belt.

“This very spot, this is where our entire community emanated from to build into this outstanding entertainment capital of the world,” Mayor Carolyn Goodman said Tuesday, speaking from a lectern beneath her husband’s domed restaurant, Oscar’s Steakhouse. The crowd of a few dozen included former Sen. Richard Bryan and representatives from the offices of Sen. Jacky Rosen and Reps. Susie Lee, Steven Horsford and Dina Titus.

The property opened July 2, 1971, as the largest hotel-casino in the world with more than 500 rooms. It’s built on the site of the city’s first train depot, which was built in 1905 by the San Pedro-Los Angeles-Salt Lake Railroad. Union Pacific bought the station in 1921 and inspired the hotel-casino’s first name, Union Plaza.

Ammerman said she noticed “a gap in honoring the heritage of the city and what it’s known for internationally” after she became the foundation’s executive director in January. “And so why not celebrate what everybody else is already celebrating?”

Plaza will display the plaque somewhere “prominent” in the lobby, though exactly where hasn’t been decided, Jossel said. The property began a $35 million renovation in 2010. At that time, he recalled, some suggested the property should be imploded and rebuilt.

“But we felt that there was good history here, enough brand power, and good enough bones that we could actually do a successful renovation,” Jossel said. “And that turned out, in my opinion, to be the correct decision, and we’ll continue to reinvest into the Plaza and build on that further.”