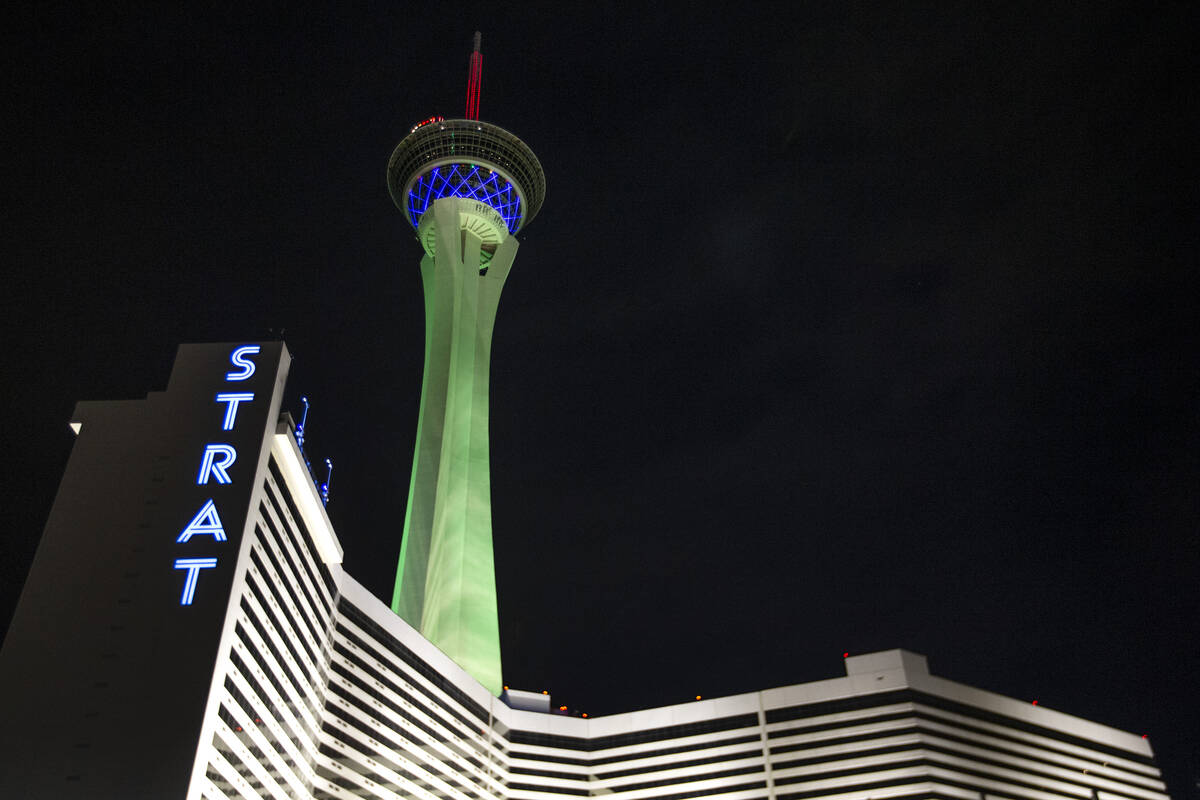 Responding to an analyst’s question Wednesday about how Resorts World has affected the North Strip and the Strat, Golden Chairman and CEO Blake Sartini said it’s too early to tell how Resorts World is affecting the north Strip, noting road construction on Las Vegas Boulevard.

“There’s pretty significant construction going on on that boulevard and it’s impacting foot traffic as well as vehicle traffic going north and south,” Sartini said. “As that begins to dissipate, that construction goes away, conventions come back, Resorts World capitalizes on its residencies and conventions and so on. All of the inertia will ultimately benefit the Strat and that’s one of our key theories on that property. We do anticipate no negative impact going forward. I anticipate positive impact as the construction ends and citywide conventions return.”

Analysts have said the presence of the 3,500-room Resorts World could lead to greater visitation at North Strip properties, including Wynn Las Vegas, Encore, Circus Circus, Sahara and the Strat. The opening of the Las Vegas Convention Center’s West Hall and a prospective restart on the Fontainebleu project could change the Strip landscape in the future.

“Our third quarter results demonstrated sustained growth and margin expansion for our casinos and distributed gaming segments compared to the third quarter of 2020 as well as comparable pre-pandemic quarterly periods,” Saartini said. “The strong performance across all of our operations despite occupancy at the Strat and our Laughlin properties still not having fully recovered to 2019 levels is an encouraging indicator for our future performance. ”

Charles Protell, Golden’s president and chief financial officer, told analysts on the call that the company has repaid more than $50 million of outstanding debt obligations in the quarter and more than $100 million in the last six months.

Golden shares, traded on the Nasdaq exchange, climbed $1.15, or 2.2 percent, to $53 a share on slightly-above-average trading levels.