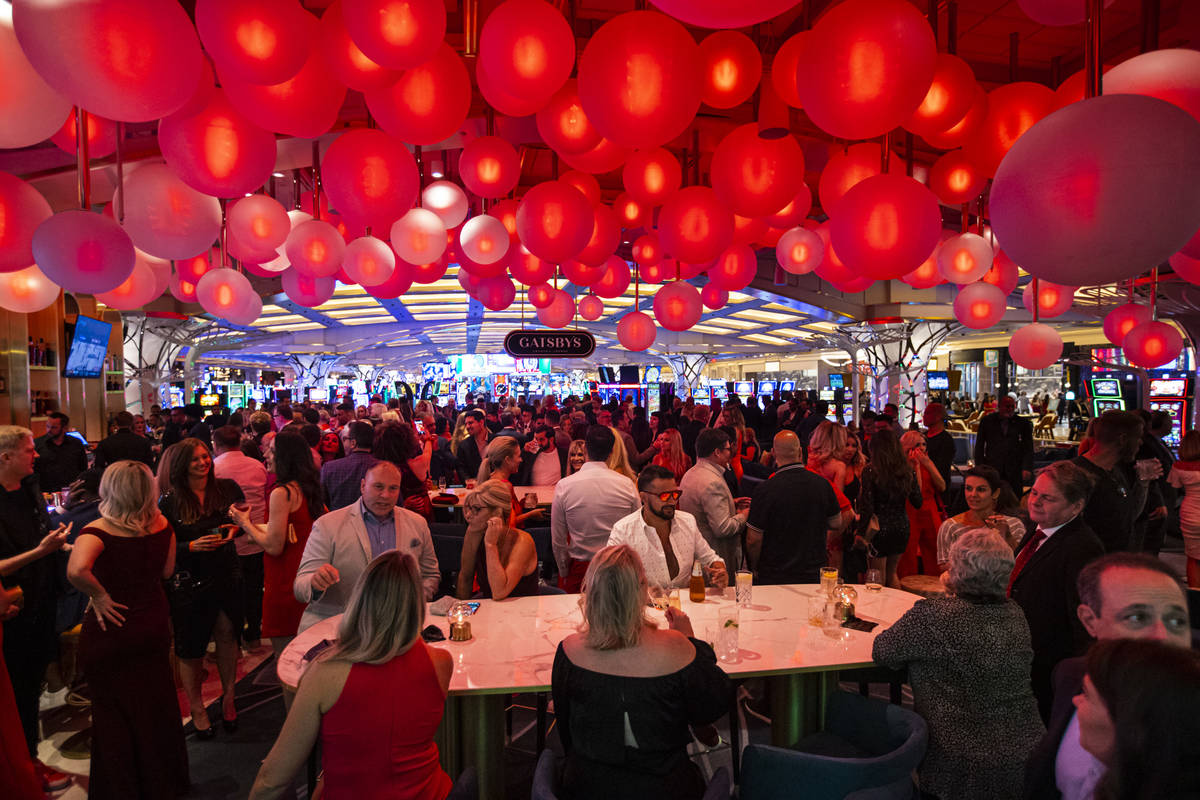 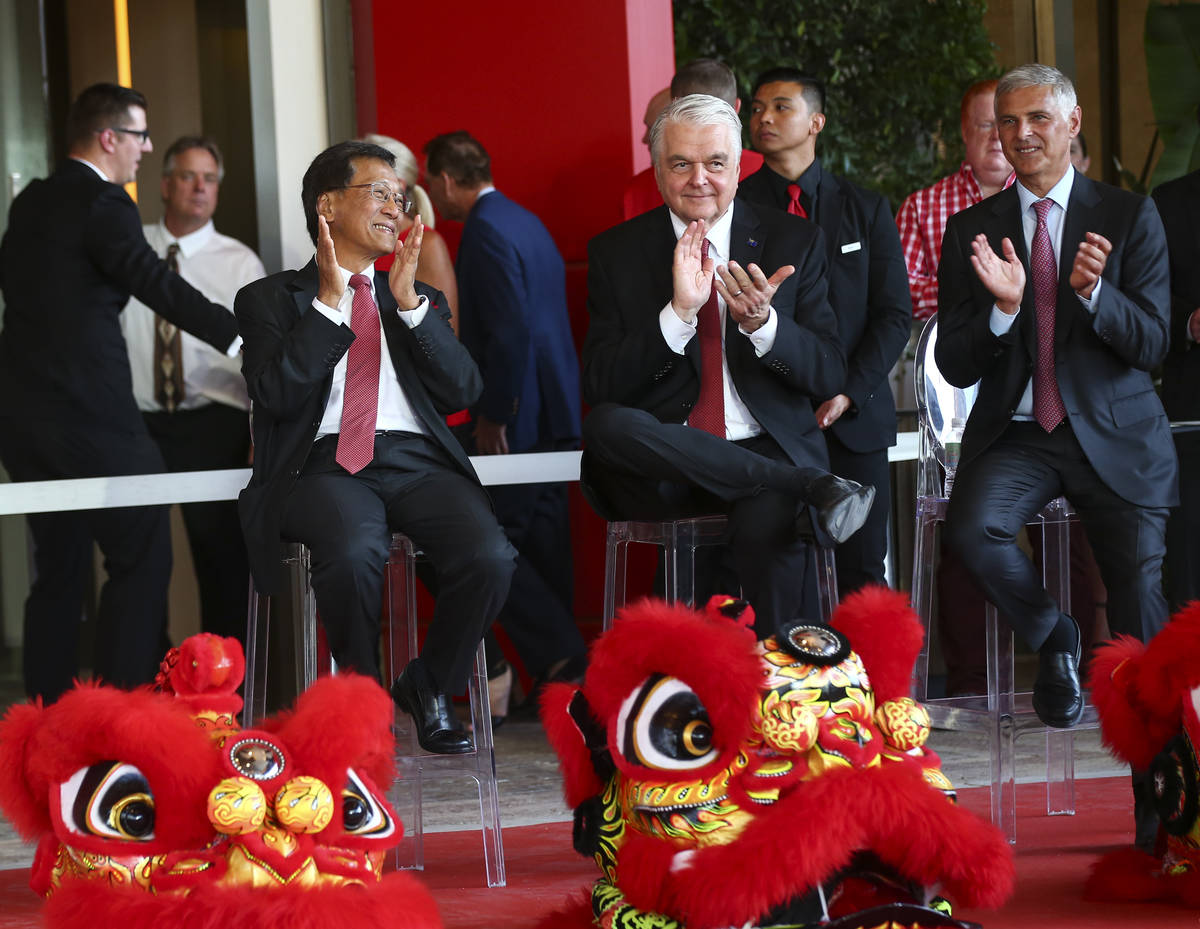 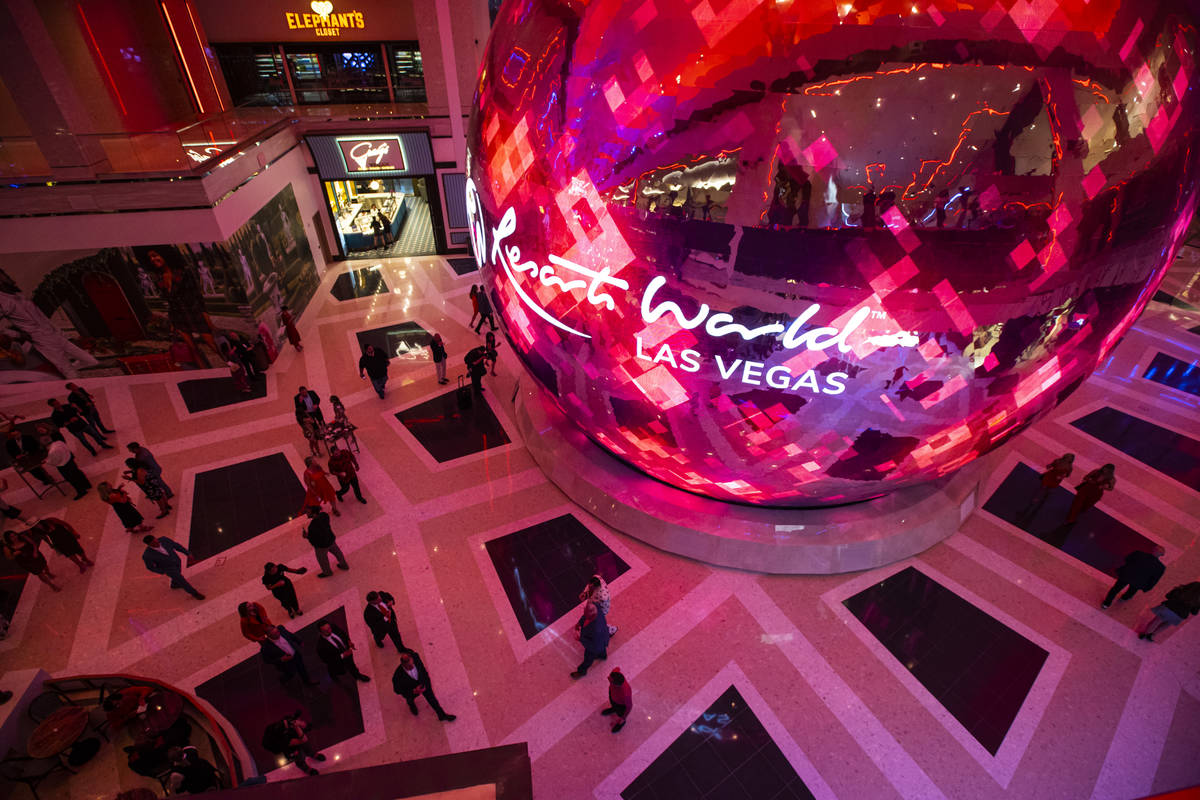 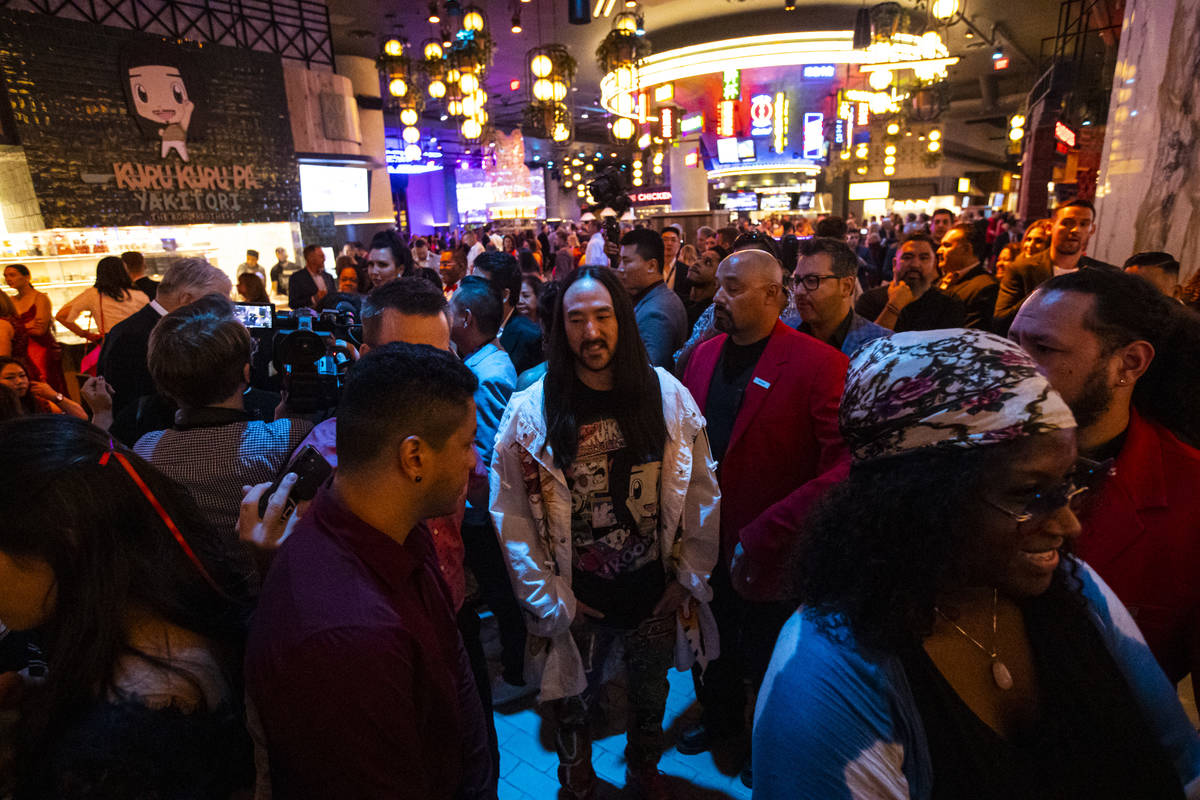 The doors are finally open to the public at Resorts World Las Vegas.

DJs and dancers performed at the party while people gathered at public entrances for the 11 p.m. opening.

The chairman of the Genting Group had an earlier surprise Thursday for dignitaries and VIP guests attending a ceremonial ribbon-cutting — a game plan to expand the resort.

KT Lim, who said he almost didn’t make it to Las Vegas for the grand opening because of protocols instituted by the Malaysian government for COVID-19, said he’s ready to begin the next phase of development for the 3,500-room resort. That is the first Strip megaresort to be built in more than a decade.

Lim told several hundred guests — many wearing bright red, the traditional color for good fortune in Asian cultures — that he is already planning an expansion for the $4.3 billion resort.

Resorts World didn’t use the entire 88 acres it acquired from Boyd Gaming and people on the pool deck looking south down the Strip could see the vacant land targeted for future expansion.

Lim’s remark about expansion elicited a “Whoop!” from Gov. Steve Sisolak, who was also on the dais for a ribbon-cutting and traditional dragon and lion dances performed to elicit good fortune for the project.

“Las Vegas is truly back,” Lim said, wrapping up an hour of remarks from several dignitaries attending the opening event.

Thousands of people began gathering outside Resorts World as the sun went down.

Dori Koren walked the floor of the Crockfords hotel lobby in a dark suit. He’s the captain of the Las Vegas police’s Convention Center Area Command, which includes the Strip. On Thursday he was an invited guest.

He said Resorts World’s opening probably will increase pedestrian traffic to the north end of the Strip.

The property has been a “fantastic” partner thus far, helping fund an under-construction police “kiosk” on Las Vegas Boulevard, he said. It will help the Metropolitan Police Department up their presence on the Strip, particularly if the resort attracts guests as anticipated, Koren said.

At Gatsby’s Cocktail Lounge, Clique Hospitality managing partner John Pettei said he was gratified by the reaction from the crowd.

“They’ve been amazing,” he said. “We’ve had a great response from the people who came through,” Pettei said of the reaction to the dozens of red, pink and purple spheres suspended over the bar to evoke the bubbles of Champagne, a Gatsby’s specialty.

Next up: the grand-opening parties next week, with DJ Questlove on Thursday and Brody Jenner and Devin Lucien on Friday.

Typewriter clicks and chimes floated over the usual sounds of a crowded hotel lobby as a man wearing a double-tailed suit coat typed fortunes and placed them in a top hat for guests to grab.

Las Vegas resident Autumn Ellington immediately connected with hers: “Flow like water. Adapt and overcome today. From the chairman.”

Ellington works for a premium lifestyle apparel company, Black Clover. It’s expected to open on the property soon, and the past week has been hectic, she said.

Her husband, Joe Ellington, liked his fortune, too: “Welcome to Resorts World. Luck and prosperity are on the horizon. Help those in need. From the chairman.”

“I think this is a great kind of message for this crowd,” he said at the VIP opening. “This is probably a lot of people who are in a position to help a lot of people. So, I think that’s pretty cool. Hopefully I’m not the only one that got this message.”

Guests were dressed for the occasion, with many wearing Asian-influenced styles or sporting a red flair. Personal style was also on display — with a 6-inch-tall Mohawk, Las Vegas resident Travis Schwantes was hard to miss. Schwantes, a stay-at-home dad, said it was his first time at a hotel-casino opening and was eager to get onto the casino floor. But in the meantime, the people watching was great entertainment.

“I’m pretty impressed, especially with this lobby,” he said over the crowd murmur and the sound of Champagne bottles popping. “It’s been exciting to brush elbows with celebrities.”

He noted Paris Hilton and Jon Lovitz passed him earlier in the night. Also seen at the event: Raiders owner Mark Davis and DJ Steve Aoki.

Some guests split their time watching their phones to see how the Vegas Golden Knights were doing in their Stanley Cup semifinal game against the Montreal Canadiens. The Knights lost, and a big sigh reverberated through the resort when Montreal scored the winning goal in overtime.

Earlier, before the evening invitation-only party began, a crowd of several dozen guests lined the hall just outside the Resorts World Casino.

Rickey and Sandra McCurry of Las Vegas were among the first in line.

With a gin and tonic in hand, Rickey McCurry called Resorts World “quite an addition to the Vegas landscape.”

The McCurrys, who are originally from Tennessee but moved from Arizona a few months ago, aren’t much on gambling but planned on taking a few chances on some slot machines tonight.