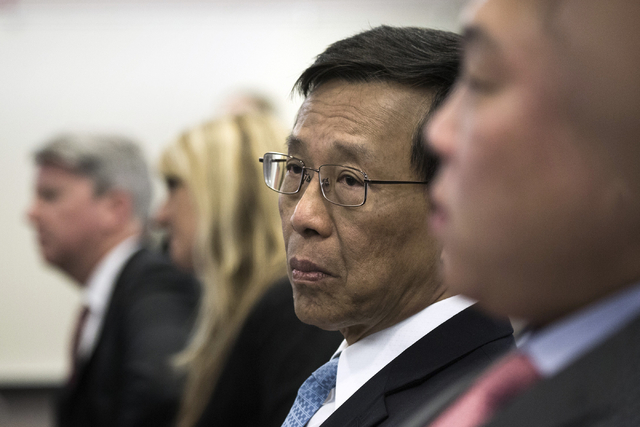 Kok Thay Lim, chairman and CEO of Genting Group, appears before the Gaming Control Board for licensing on Wednesday, May 4, 2016. The Malaysian-based company is schedule to start building Resorts World Las Vegas on the Strip. (Jeff Scheid/Las Vegas Review-Journal Follow @jlscheid) 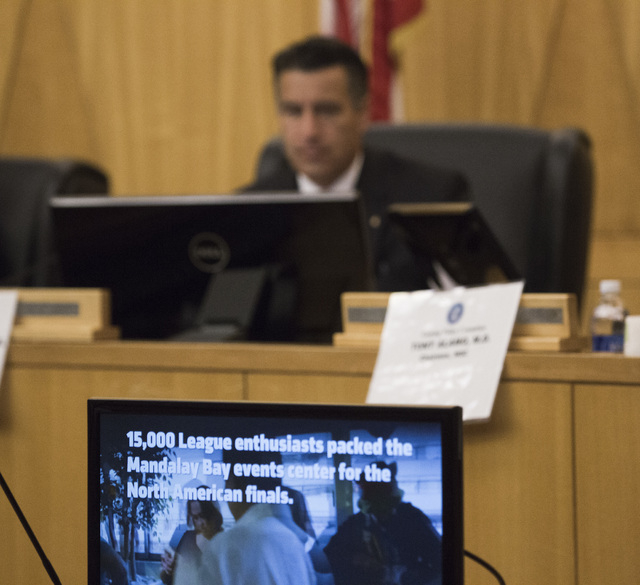 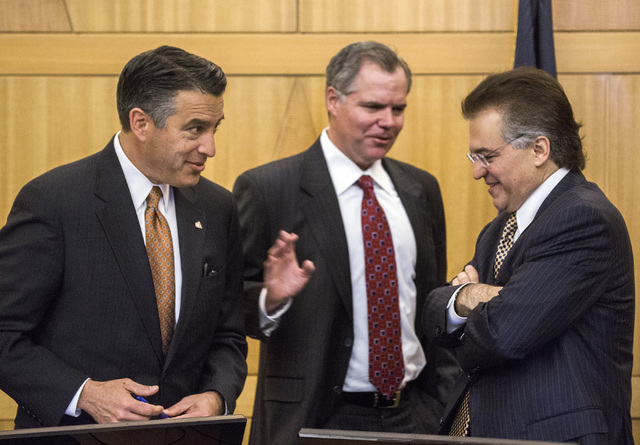 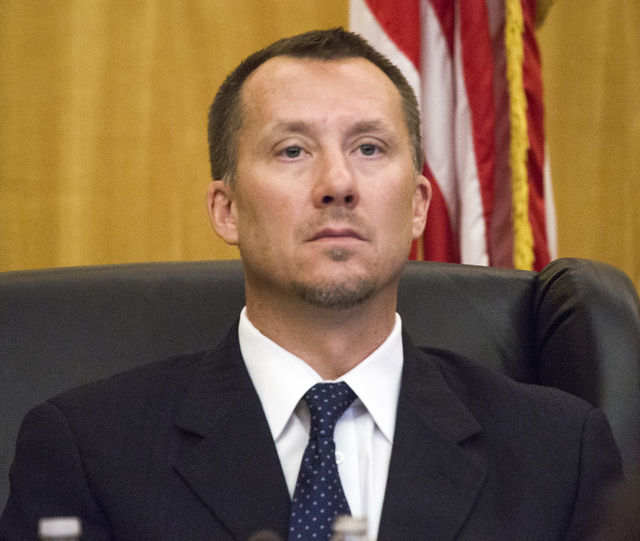 When the Malaysia-based Genting Group opens its $4 billion, 3,100-room Chinese-themed Resorts World Las Vegas property on the north end of the Strip in 2019 it will have a “celestial sphere” that will project visitor selfies.

That was one of the previews Genting executives shared Thursday with the Nevada Gaming Commission, which unanimously approved the licensing of executives and directors of the company that will build and run Southern Nevada’s next megaresort following a two-hour presentation and hearing.

Later in the meeting, commissioners also unanimously approved a settlement with Las Vegas Sands Corp. on a two-count complaint filed by the state Gaming Control Board. The meeting also was the first attended by new Reno-based commissioner Deborah Fuetsch.

Commissioners closely examined the corporate profile of Genting, an investment-grade gaming company with a global presence that should help it compete with top Strip properties.

Resorts World Genting in Malaysia is the company’s signature property, but the company also has resorts in the Philippines, Singapore, the United Kingdom and the United States.

The company recently received approval from New York regulators to expand from 5,005 to 5,530 slot machines at Resorts World New York and the company has contracted to manage a property in Massachusetts in a partnership with the Mashpee Wampanoag Tribe.

Gerald Gardner, general counsel and senior vice president of government affairs for Resorts World Las Vegas, said by summer he expects construction cranes will become a part of the landscape where the Stardust and Westward Ho properties once stood.

Gardner explained the concept of the celestial sphere, which will flash images of guests momentarily — a feature the company expects will draw the attention of millennial customers.

The property also will have a Chinese garden that will be larger than Bellagio’s Conservatory and serve as a peaceful respite from the nearby 150,000-square-foot casino floor.

A row of restaurants will overlook the garden.

Gardner also said a 50-foot replica of a Chinese lantern destined to be an quickly recognized feature of the resort will rise and drop 56 stories near a room tower.

Gardner said a team of about 25 Resorts World employees and 100 contract construction workers have been at the Strip location for site preparation and utility relocation since the groundbreaking.

Some of the existing structures built by the property’s previous owner, Boyd Gaming, which was developing a resort called Echelon, will be used as part of Resorts World. As a result, a 4,500-vehicle parking structure is nearly complete and that will house the 5,000 construction workers that will be on-site.

Gardner said the company expects to hire a project general contractor by summer. He also said the resort would have 3,000 full-time employees when it opens in 2019.

The settlement with Sands resulted in a $2 million fine for the company, the fifth largest ordered in the commission’s history.

The complaint addressed Sands’ alleged failure to uphold the reputation of the state’s gaming industry.

One count stemmed from a previously announced settlement Sands reached with the Securities and Exchange Commission in April concluding a six-year investigation involving the company’s compliance with the United States Foreign Corrupt Practices Act. That investigation found no evidence of corrupt intent or bribery by the company.

The second count involved an August 2013 nonprosecution agreement Sands reached with U.S. Attorney’s Office for the Central District of California related to the company’s failure to file a suspicious casino activity report.

Commissioners said the fine sent a message to the industry about the seriousness of filing federal reports properly, especially those dealing with money-laundering allegations — even though Sands was not accused of that in the complaint.

“I do hope that this fine that’s proposed would serve a salutary purpose as an impact industrywide,” said Commissioner Philip Pro.

Commission Chairman Tony Alamo admitted that while the Sands did not admit or deny guilt, the complaint settlement “looks like amateur hour.”

“I’m going to make the assumption that there was no criminality here,” Alamo said. “You need to convey to them (Sands) that this chairman wants to make sure we don’t see this again. The end game here is … this is going to be the fifth-largest fine this commission has ever agreed to.”

Attorney Mark Clayton, who served as outside counsel for Sands, said the company took remedial action on the issues before the federal investigations were launched, knowing there were procedural questions that needed to be answered. He added that most of the issues involved marketing, not the conduct of gaming, and that none of the employees involved with the two matters remain with the company.