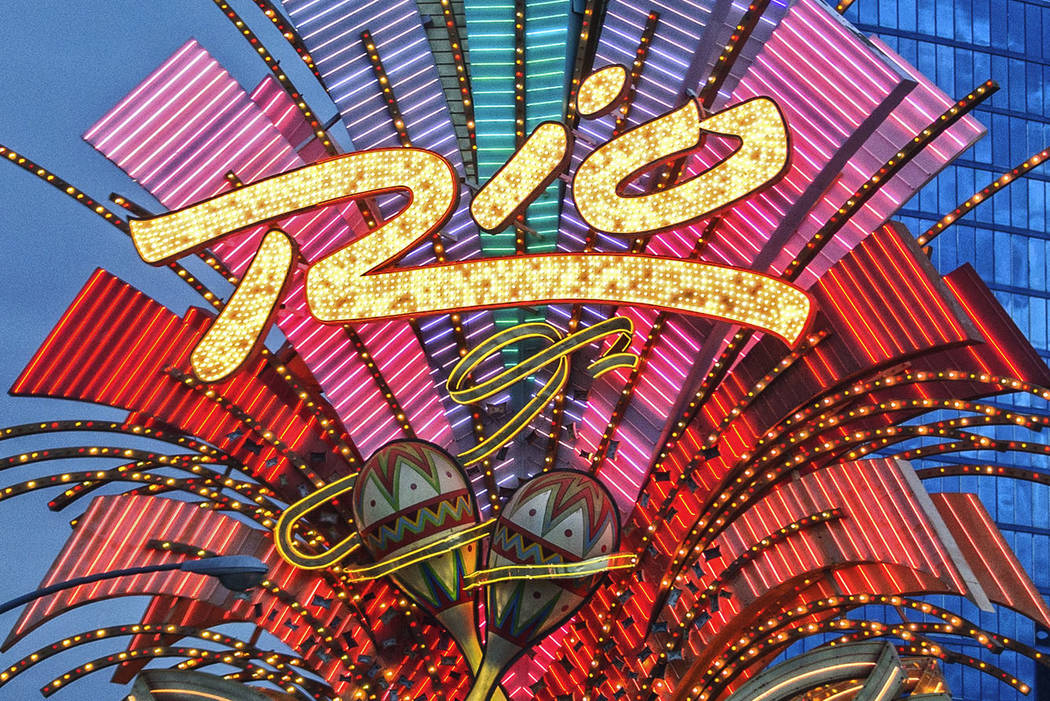 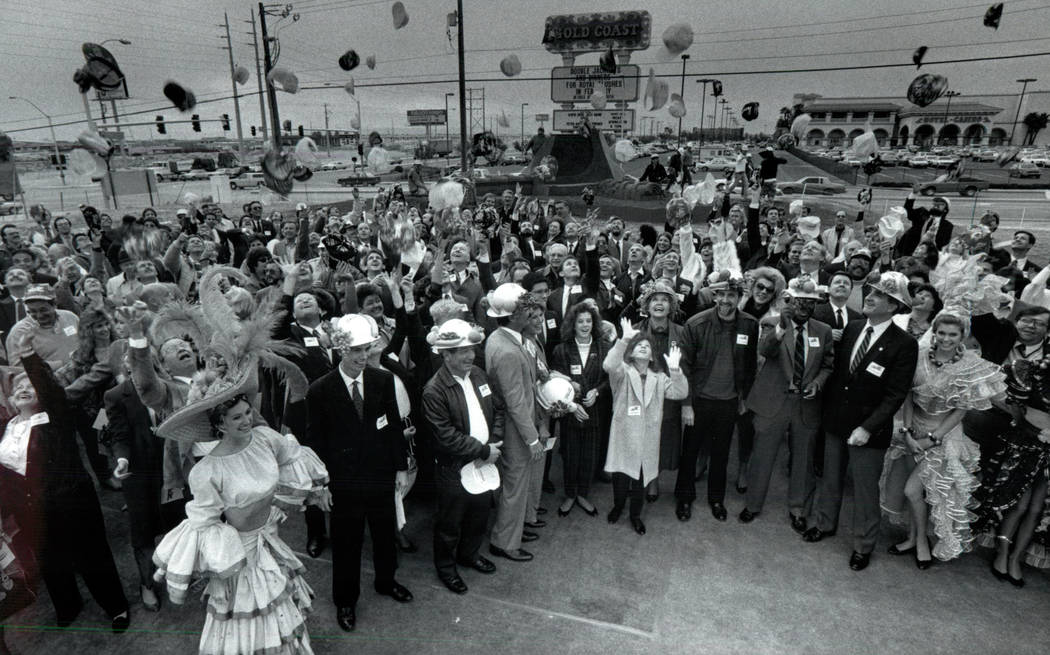 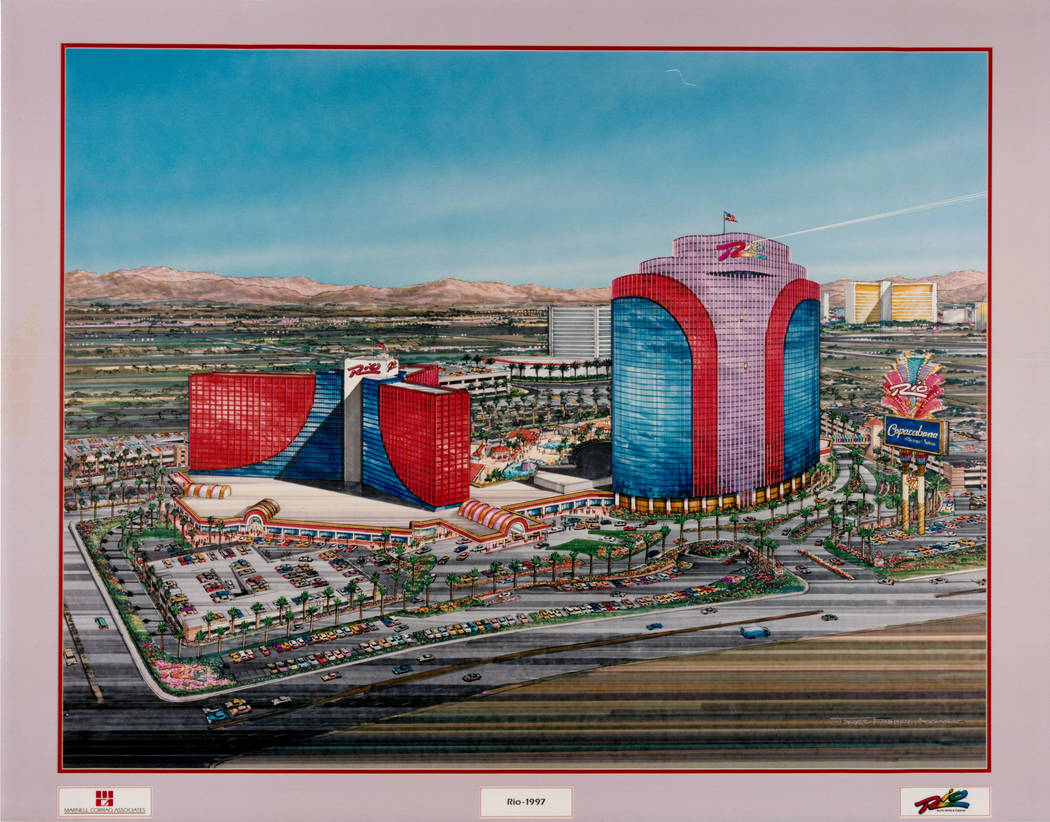 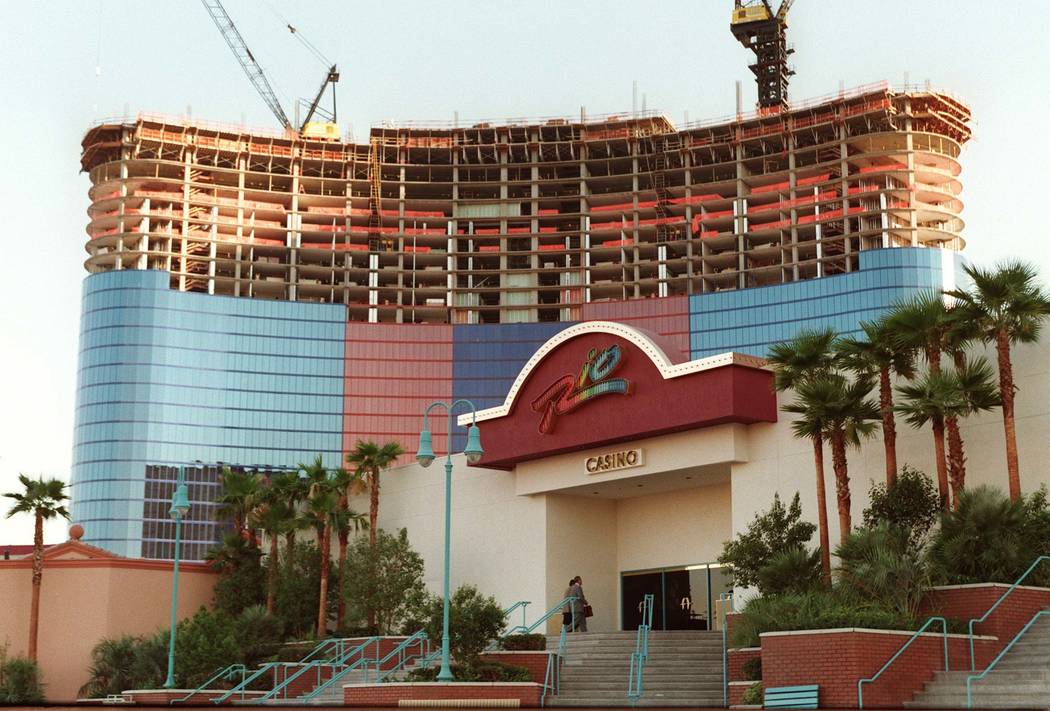 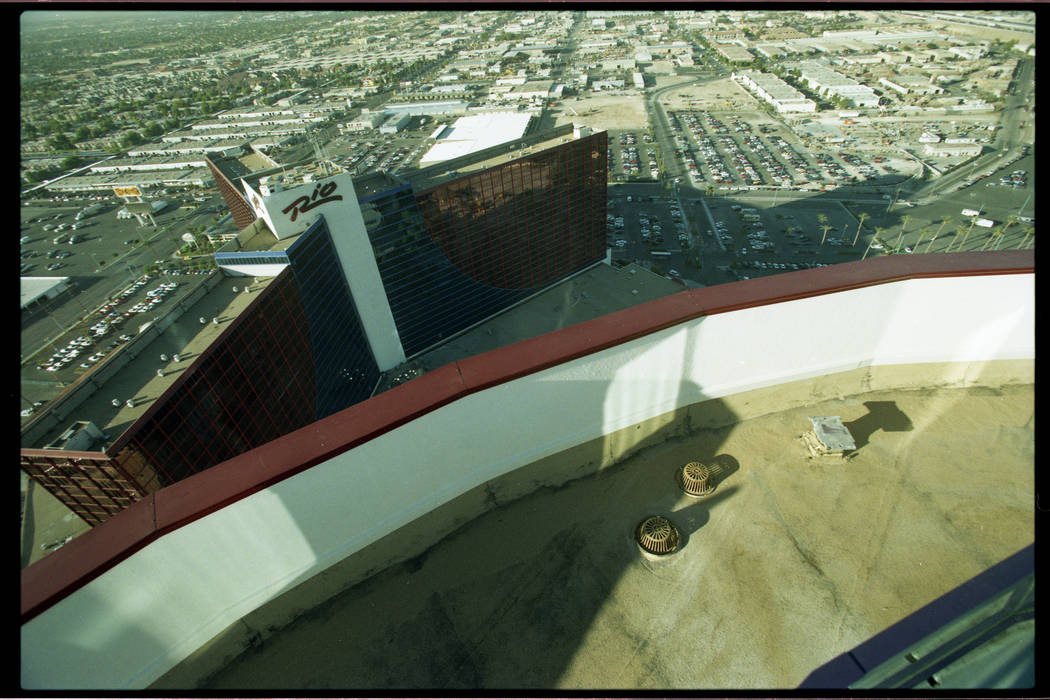 This 1997 file photo shows the exterior of the Rio which has begun a $200 million expansion to add convention space to boost midweek occupancy and could lead to the opening of a separately themed $600 million hotel-casino complex within three years. (Las Vegas Review-Journal, File) 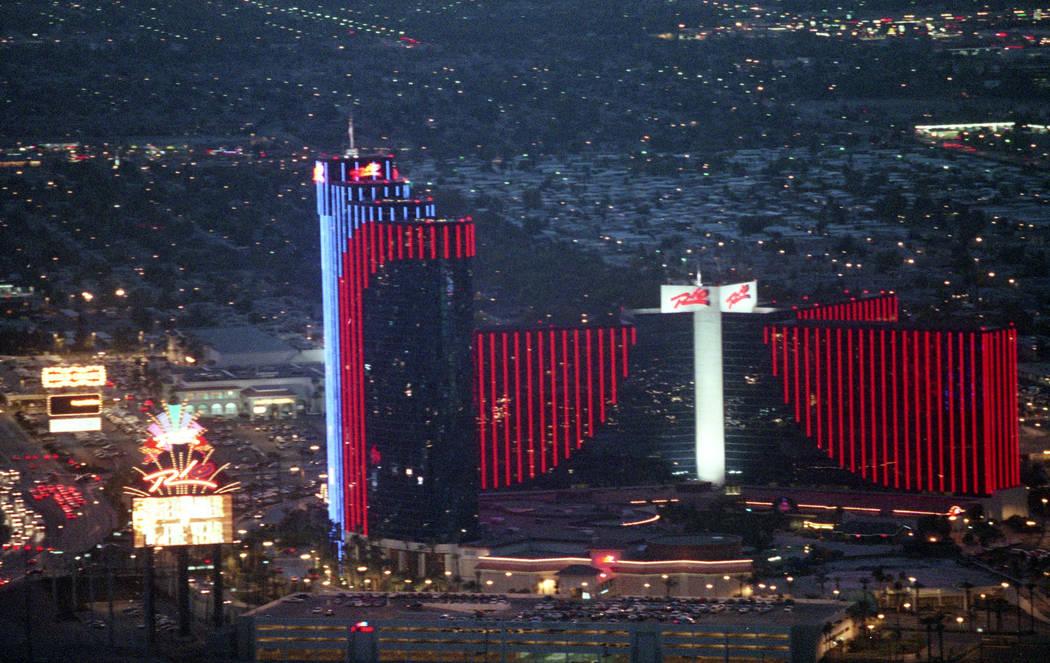 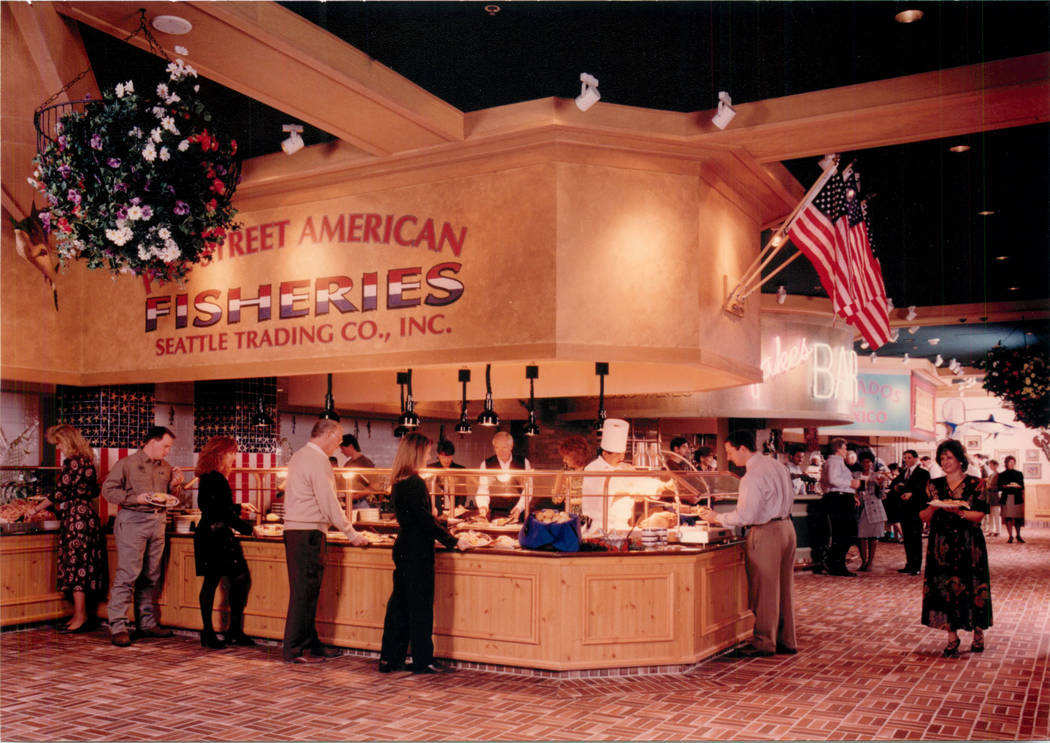 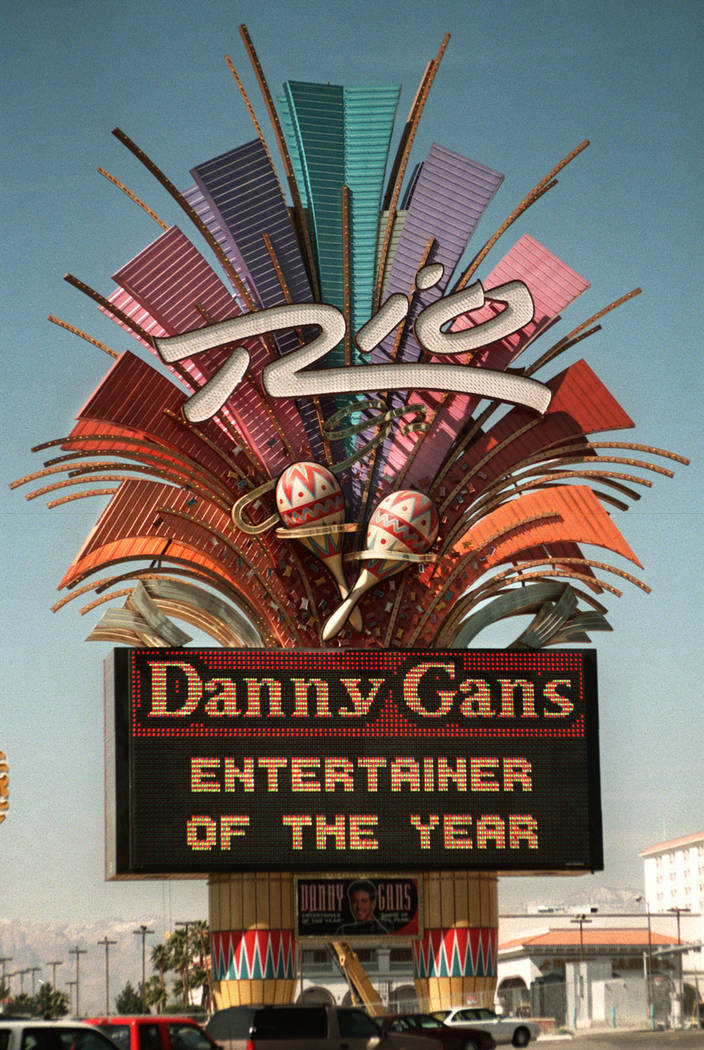 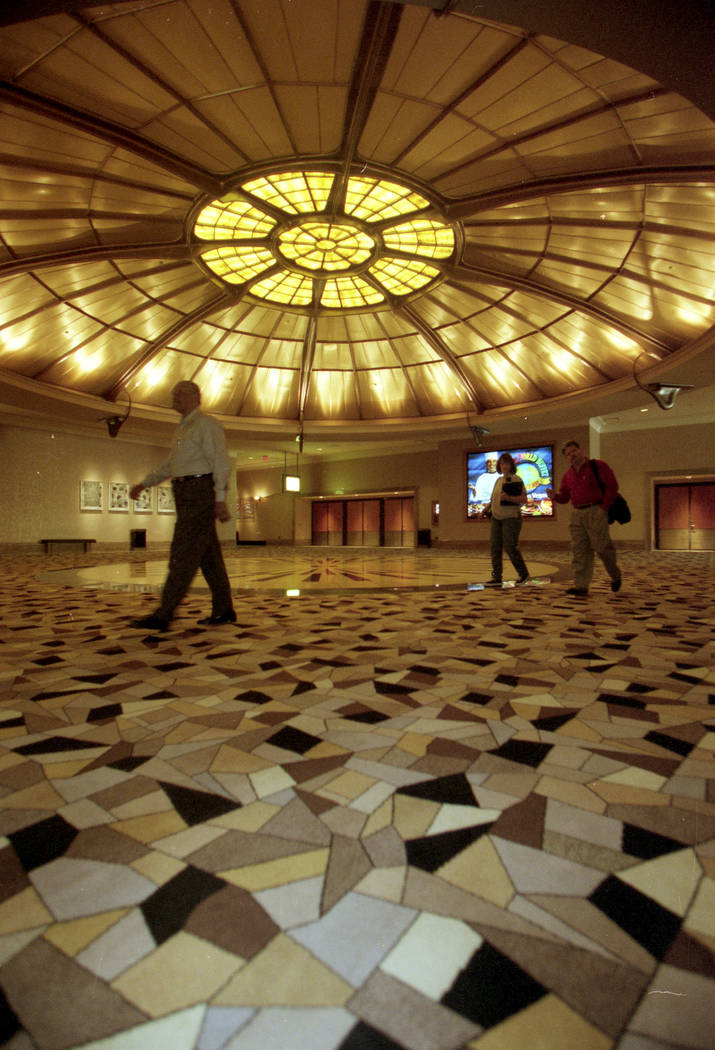 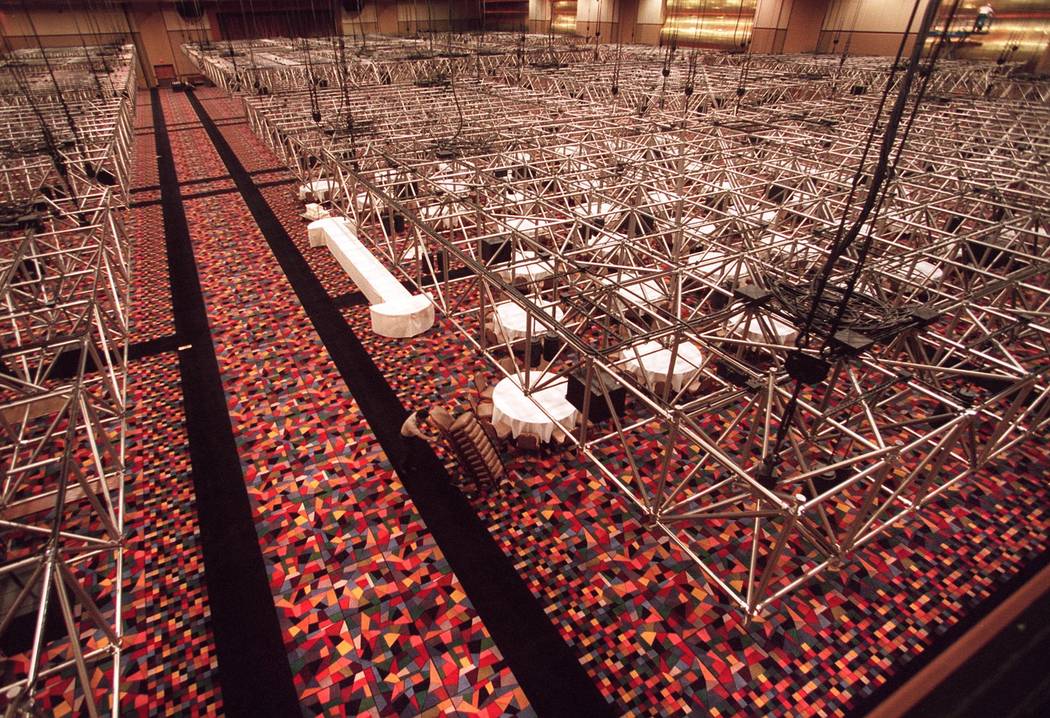 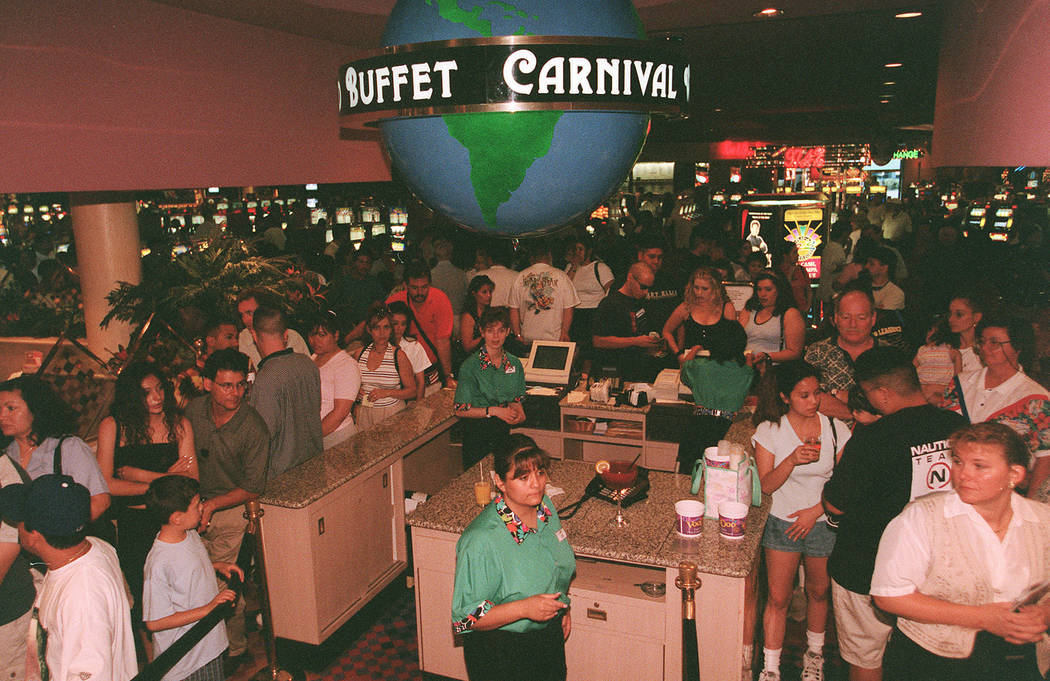 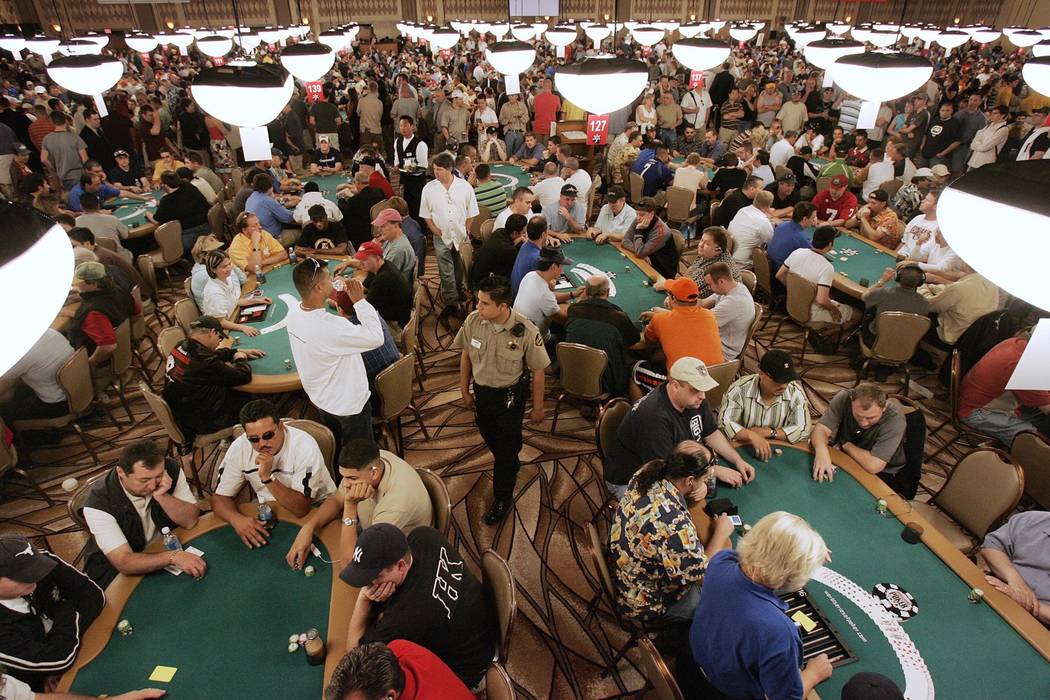 In this June 3, 2005, file photo, players prepare for the start of the World Series of Poker at Rio in Las Vegas. (Las Vegas Review-Journal, File) 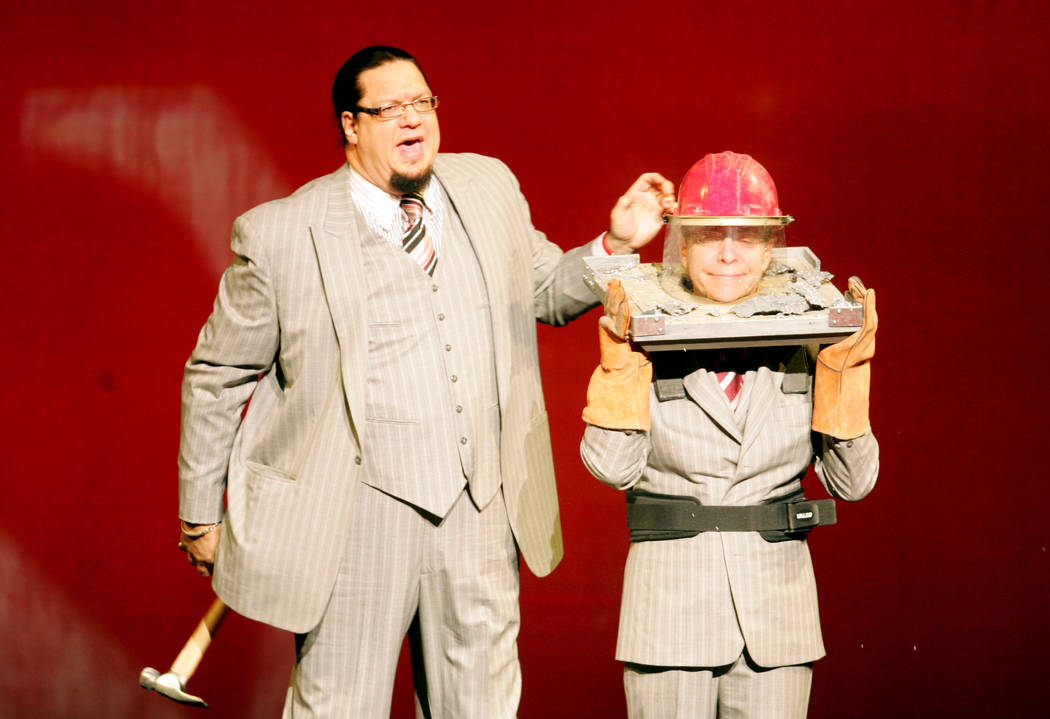 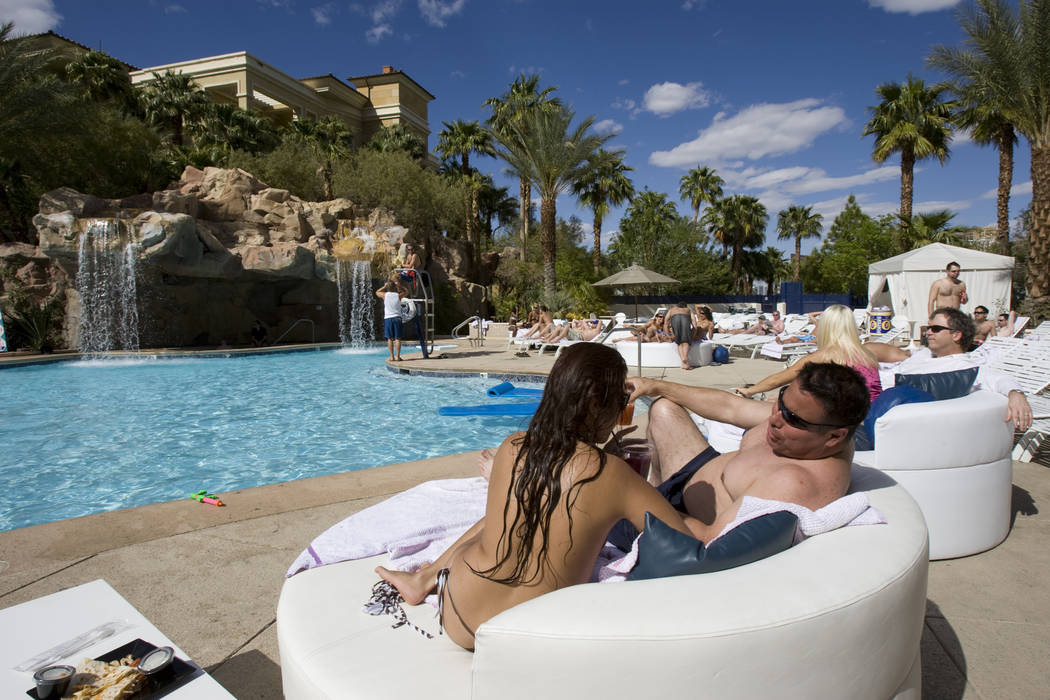 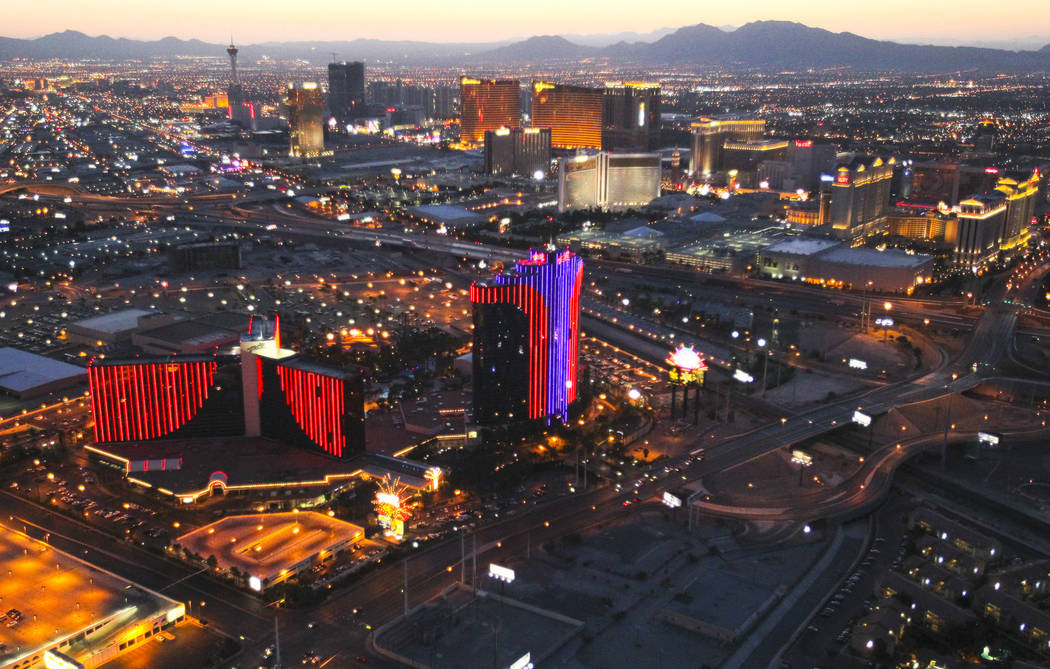 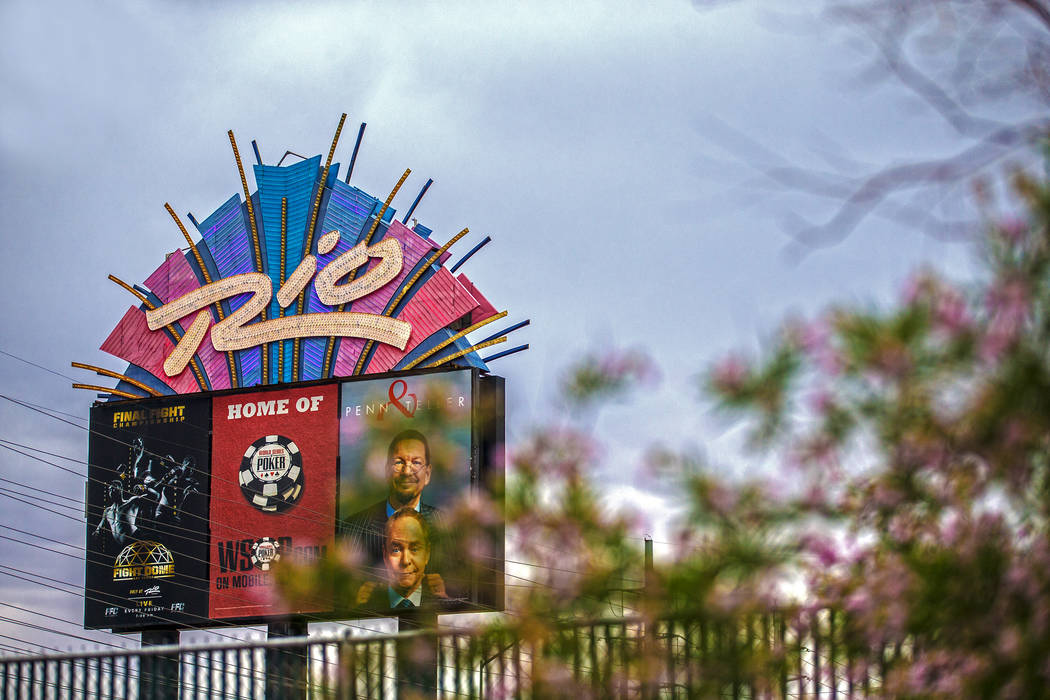 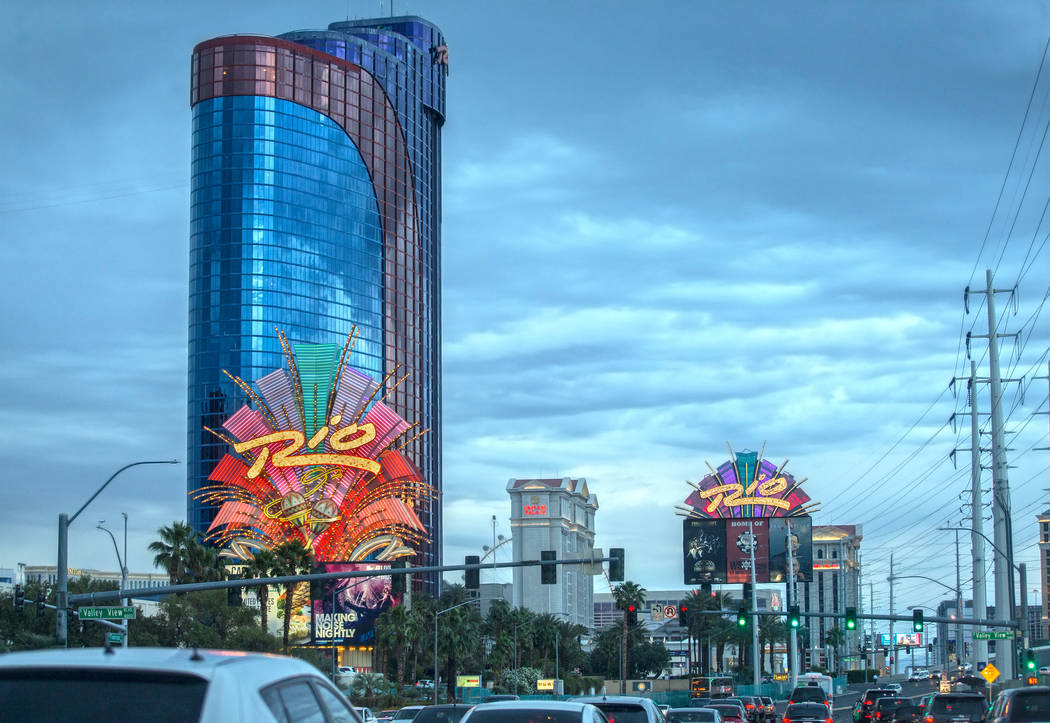 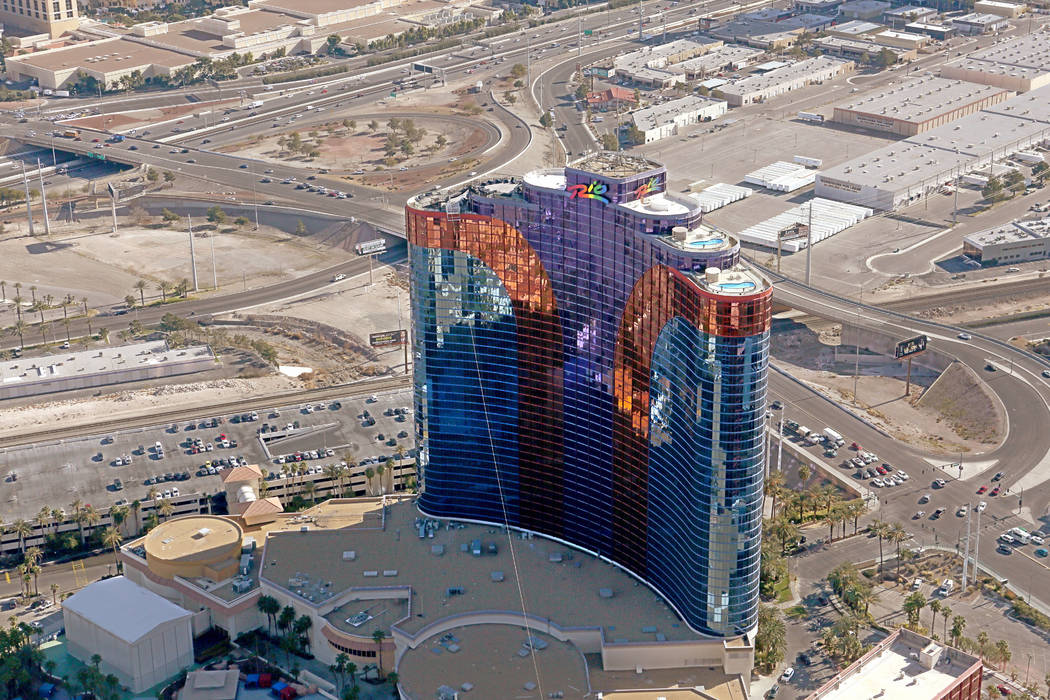 An aerial view of the Rio All-Suite Hotel and Casino from the Goodyear blimp on Tuesday, January 7, 2020. (Michael Quine/Las Vegas Review-Journal) @Vegas88s 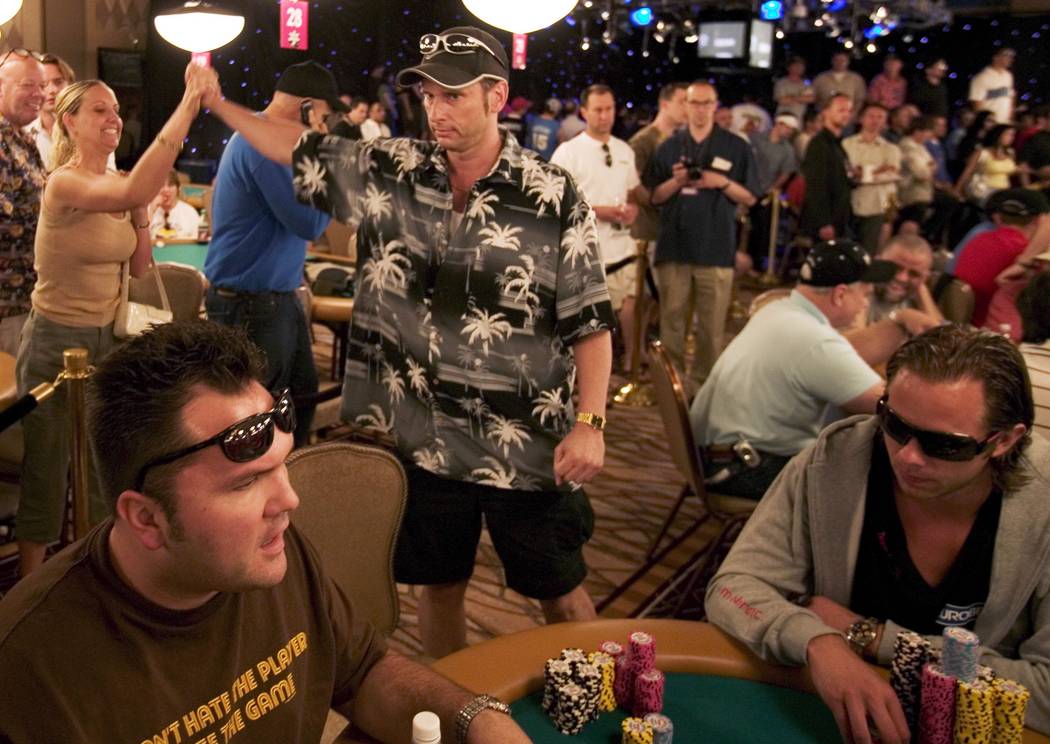 Poker player Bobby Law 'high fives" his wife Kecia after winning a pot at the World Series of Poker at the Rio Hotel/Casino on Monday, July 11, 2005. Law, from Wisconsin, went all in and got an ace on the flop to end up with tree aces. (Las Vegas Review-Journal, file)

The Rio was the first Las Vegas resort to put the buffet kitchen in the dining area, open a large-scale nightclub and enhance its pool with white sand and parties, which brought crowds to the off-Strip Brazilian-themed property, developer Anthony Marnell told the Review-Journal.

In its heyday, the Rio produced an elaborate parade of floats that soared over the casino floor on aerial tracks every evening.

It also was the first all-suite resort in Las Vegas and first with floor-to-ceiling glass in all rooms.

Danny Gans was the first star headliner to command a $100 (well, $99) ticket in his days at the Rio.

Penn & Teller have performed at the Rio since the turn of the century.

The Rio became the home for the World Series of Poker tournament, which attracted 154,000 players in 2019.

Dreamscape Companies became the official new owner of the Rio in November 2019, purchasing the resort for $516.3 million.