Sands sells The Venetian, Palazzo, Sands Expo for $6.25B 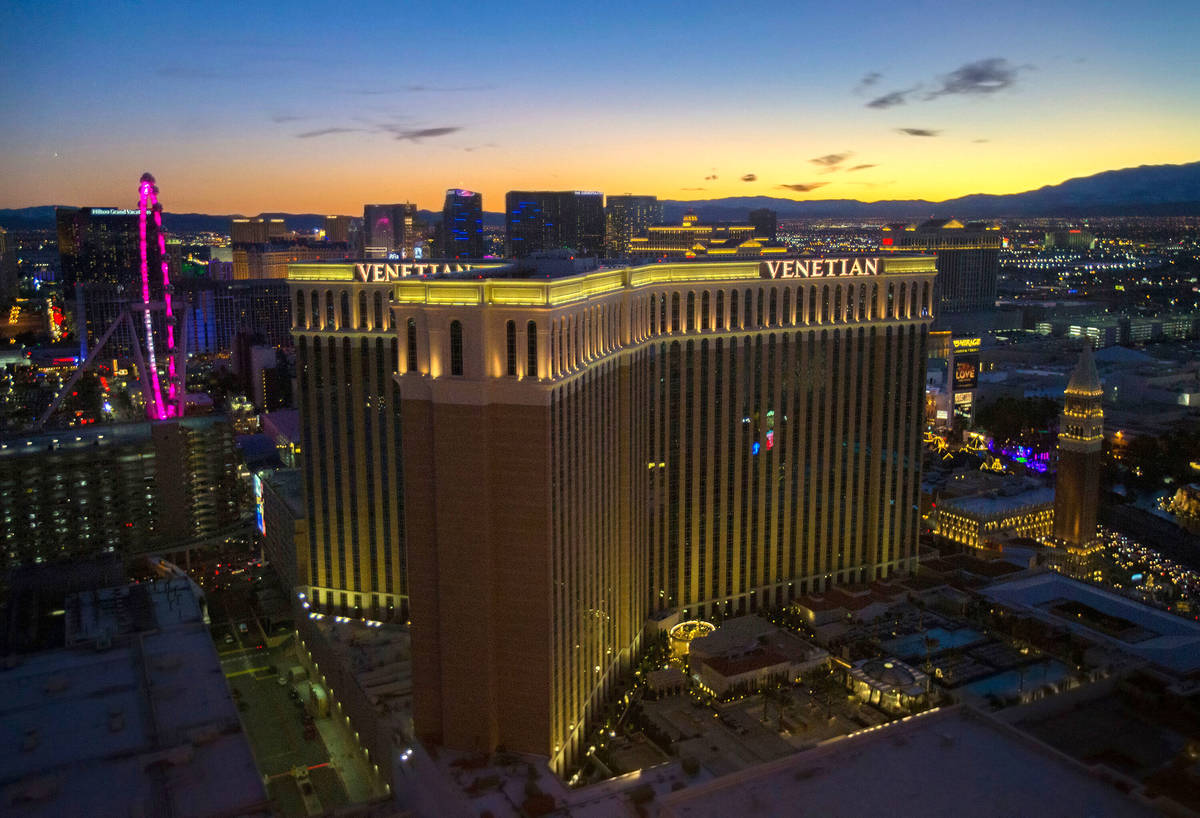 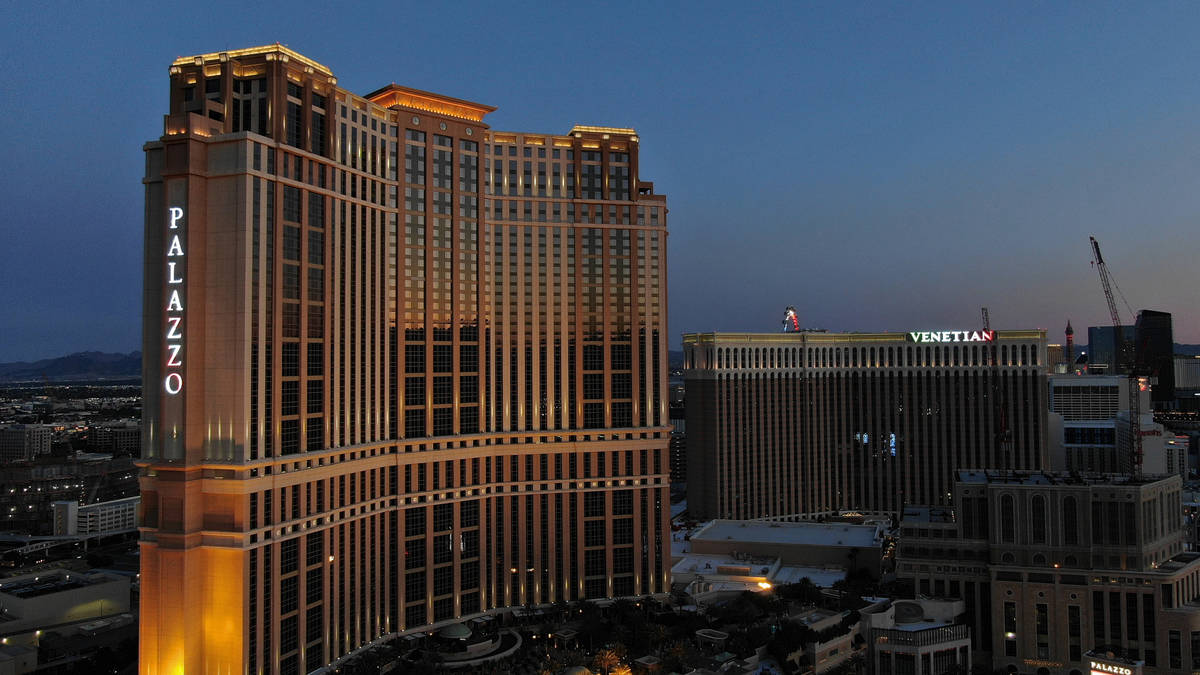 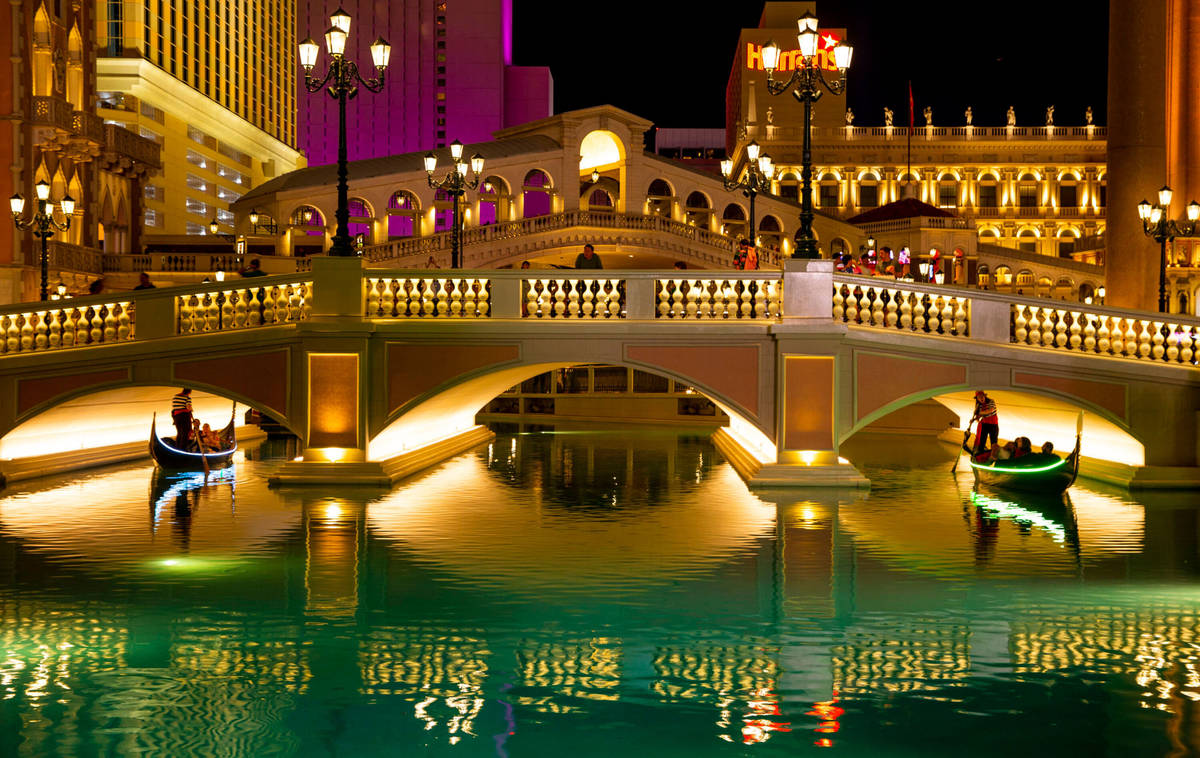 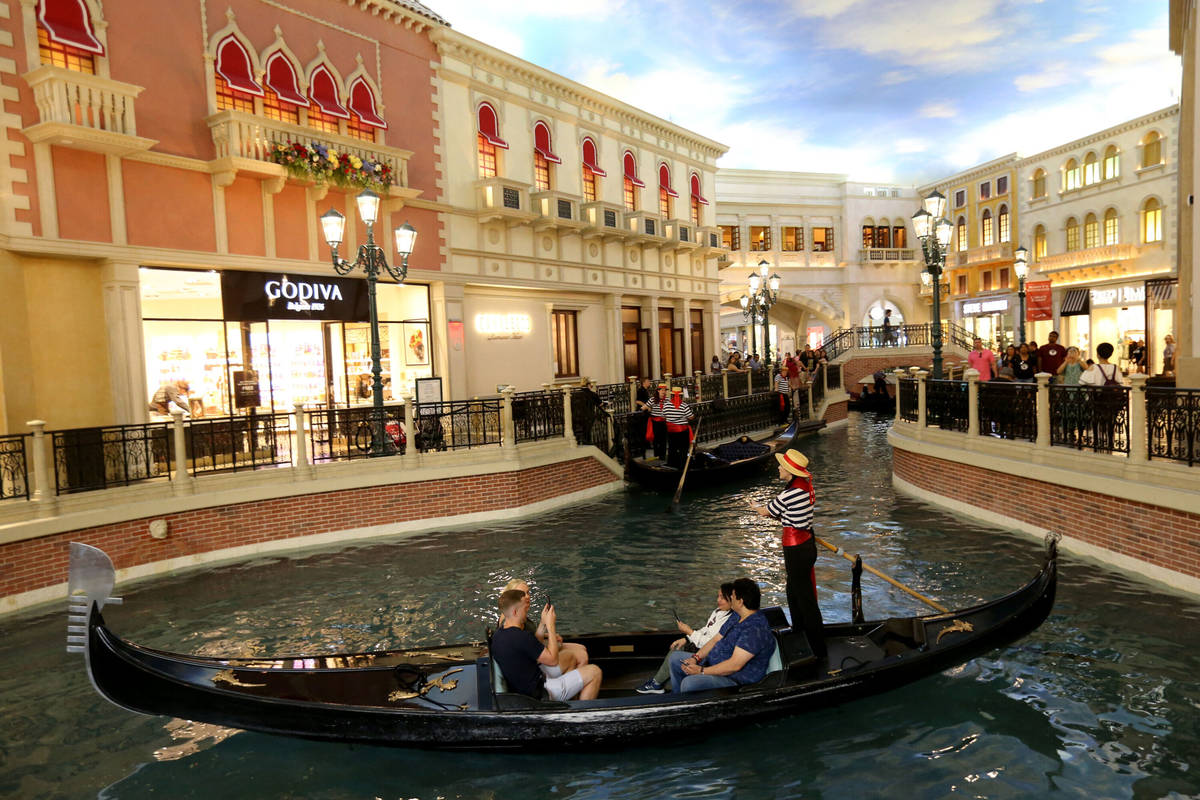 Guests take a gondola ride in the Grand Canal at The Venetian on the Strip in Las Vegas Tuesday, May 29, 2018. K.M. Cannon Las Vegas Review-Journal @KMCannonPhoto 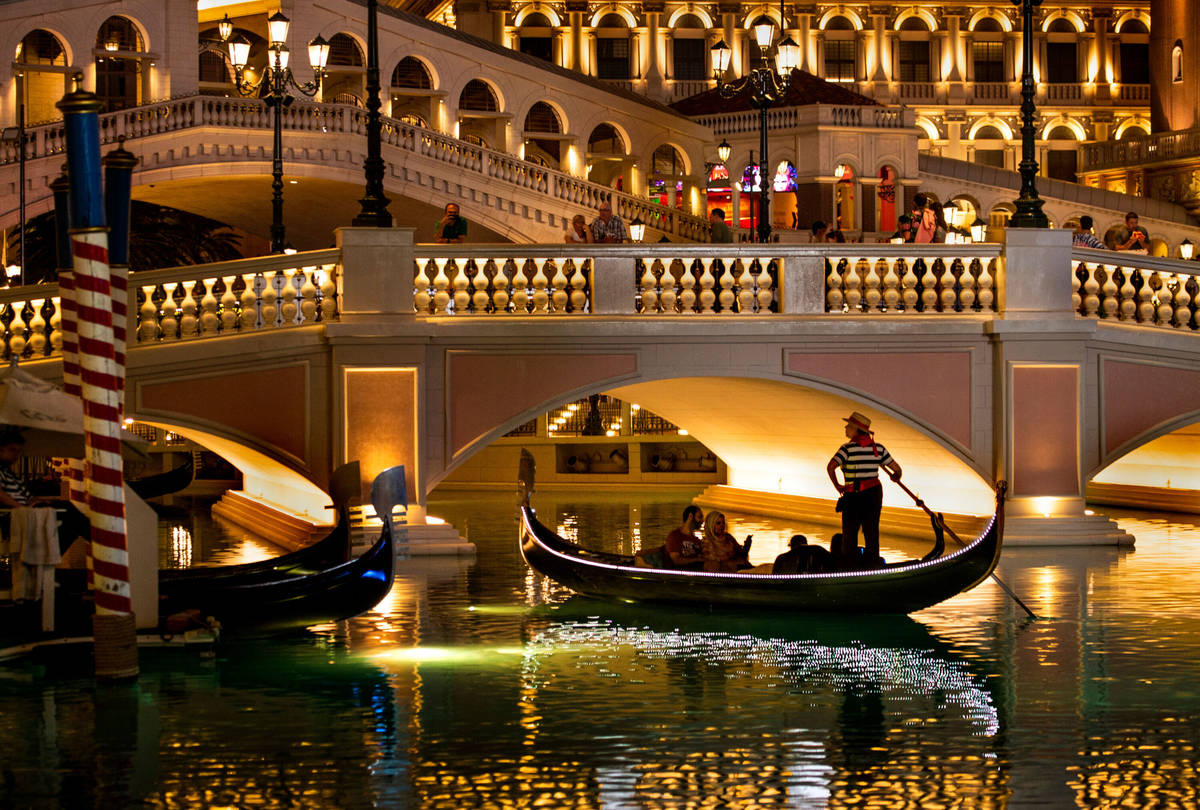 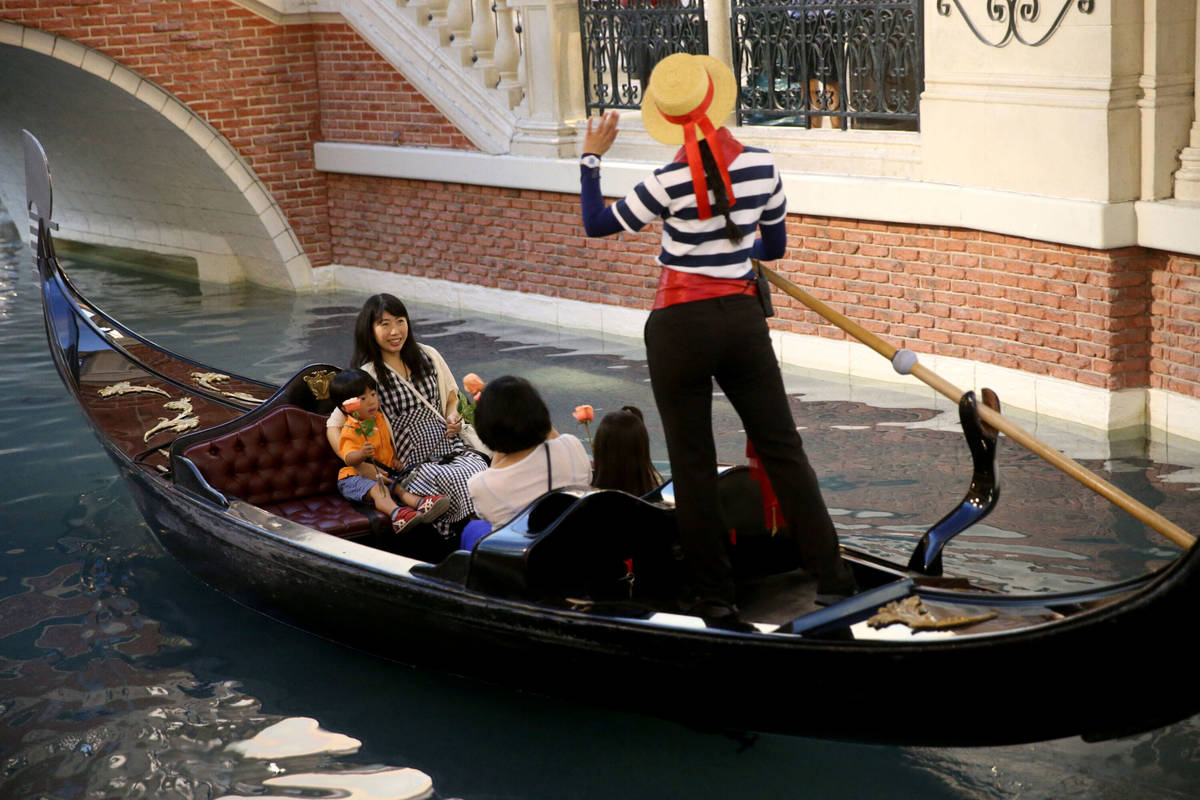 In this May 3, 2019, file photo, Kanako Arai of Japan, top left, and Reiko Yuasa, ride in a gondola with Arai's children Shotaro Arai, 3, and Sumire Arai, 5, at The Venetian to celebrate the 20th anniversary of the Las Vegas Strip resort. (K.M. Cannon/Las Vegas Review-Journal) @KMCannonPhoto 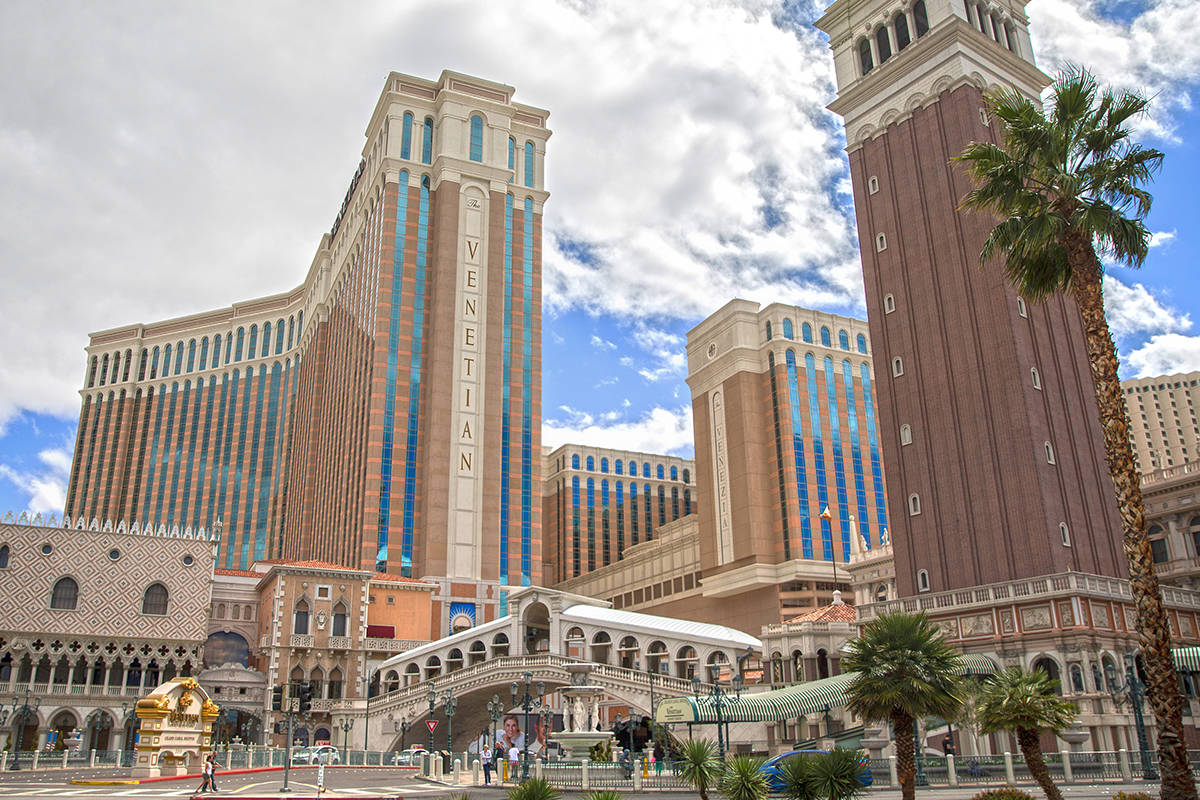 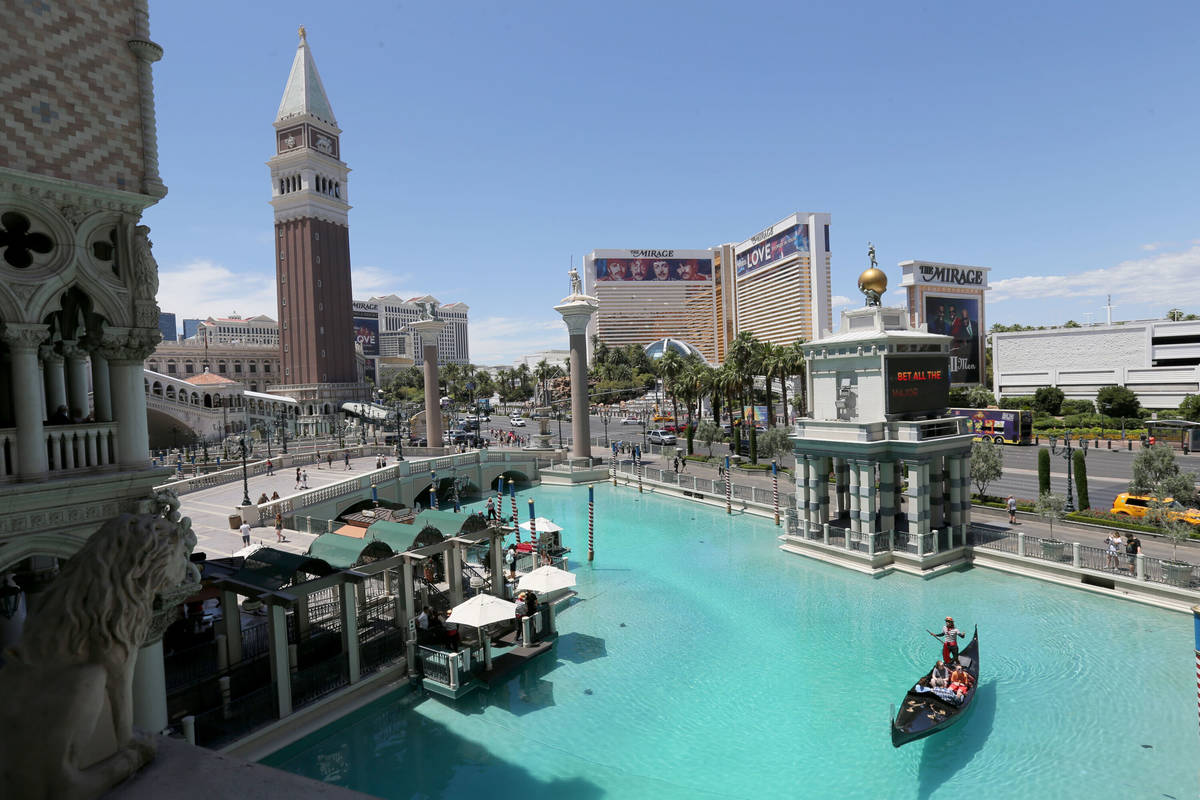 Guests take a gondola ride with a singing gondolier at The Venetian on the Strip in Las Vegas Tuesday, May 29, 2018. K.M. Cannon Las Vegas Review-Journal @KMCannonPhoto 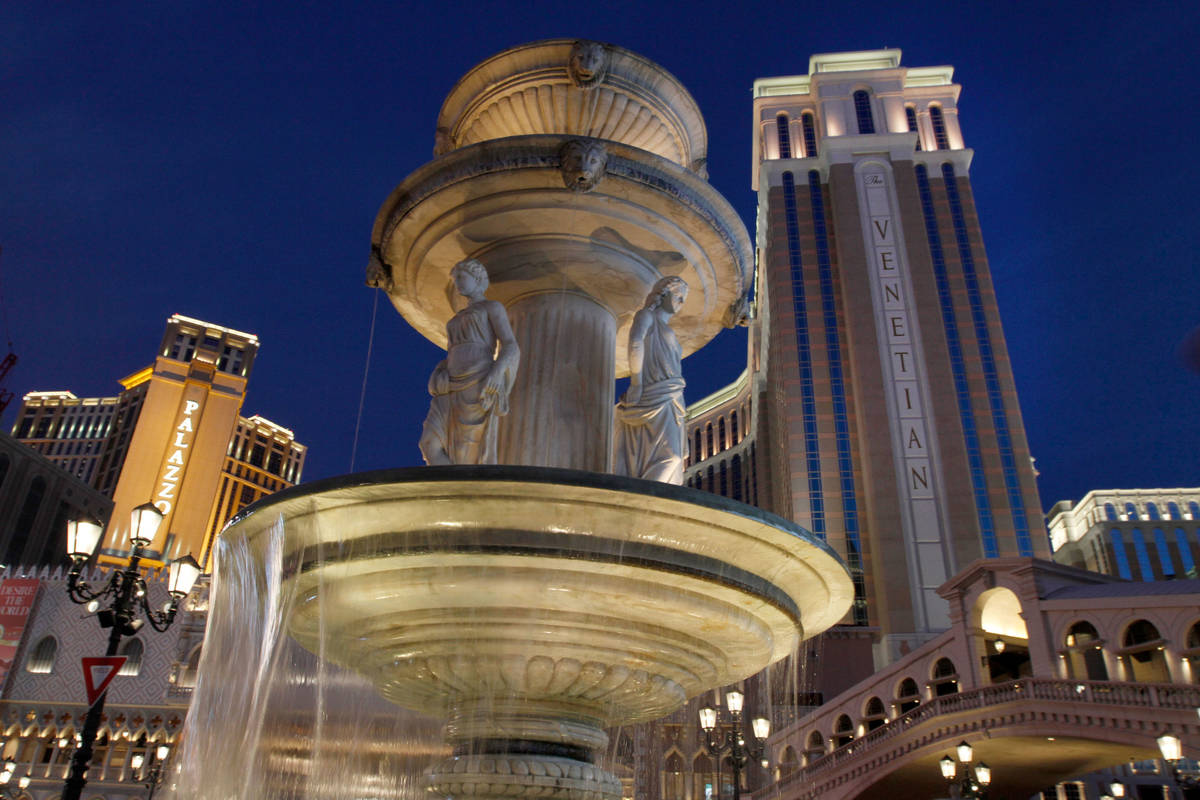 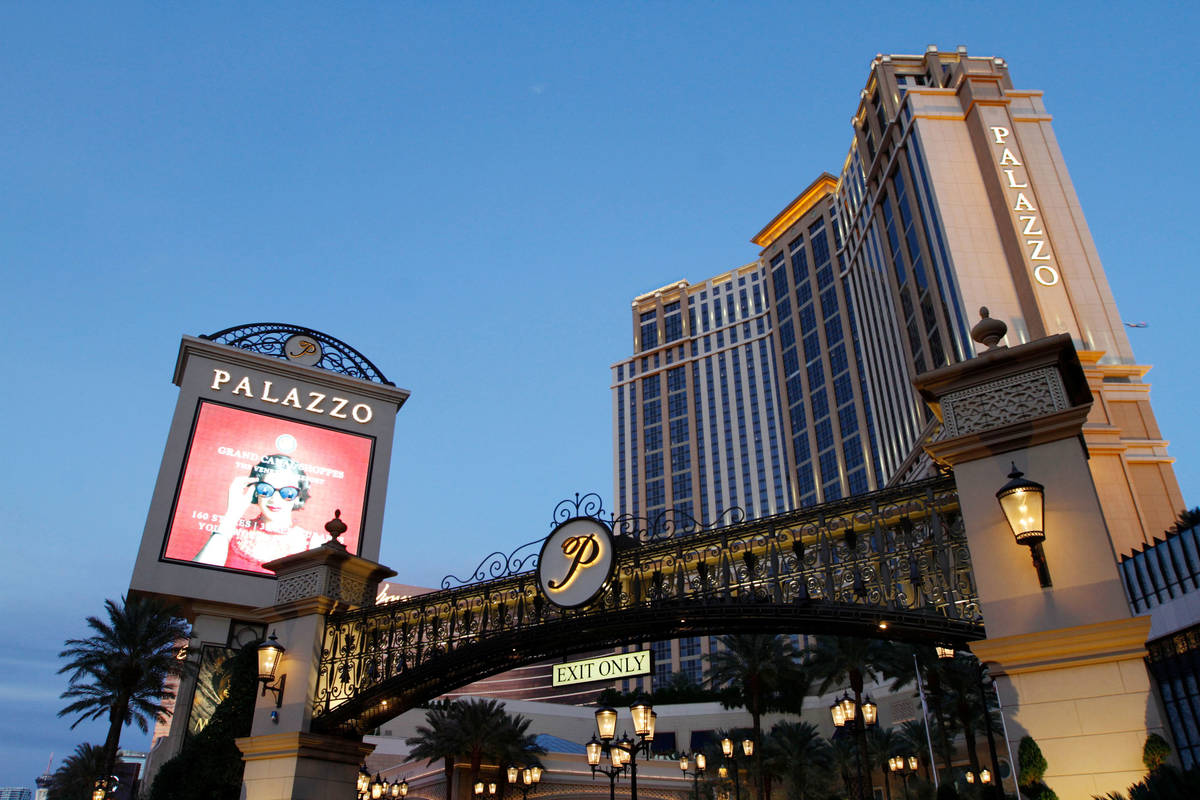 Las Vegas Sands Corp. has sold The Venetian, its flagship Strip resort, and the rest of its Las Vegas properties in a multibillion-dollar deal that shakes up Nevada’s gaming industry.

Affiliates of Apollo Global Management Inc. and Vici Properties Inc. will acquire subsidiaries that hold the real estate and operations of the Strip’s famed Venetian and Palazzo resorts and the Sands Expo and Convention Center for $6.25 billion, Sands officials announced early Wednesday.

The transaction also was disclosed in filings to the Securities and Exchange Commission.

Sands executives said in October they were considering offers for the Las Vegas properties so they could focus on the lucrative operations of their market-leading six resorts in Macao and their iconic hotel-casino in Singapore.

Under terms of the deal, New York-based Apollo, founded by real estate investor and former CEO Leon Black, would pay $1.05 billion in cash and $1.2 billion in seller financing in the form of a term loan credit and security agreement. New York-based Vici, a real estate investment trust affiliated with Caesars Entertainment Inc., would pay $4 billion.

The transaction is subject to customary closing conditions, including regulatory approvals.

Under the deal, Vici will own the real estate and Apollo will own the cash flow from the operations and pay Vici rent.

Las Vegas Sands executives are expected to relocate once the sale closes, likely by the end of the year.

Just who will operate the resort/convention complex and employ its workforce after the sale is an unknown. Apollo, which excels in real estate management, doesn’t specialize in the day-to-day operations of its leisure portfolio.

Apollo’s investments have included resorts, airlines and cruise lines. It invested in Harrah’s Entertainment — one of the predecessors to Caesars Entertainment Inc. — in 2006 and in Las Vegas-based timeshare company Diamond Resorts International in 2016.

Vici Properties owns five resorts in Nevada — two on the Strip — and 23 others across the country. In Las Vegas, it owns Caesars Palace and Harrah’s, representing 213,000 square feet of casino space, 3,000 slot machines and table games and 6,510 hotel rooms. Caesars Entertainment continues to manage those properties for Vici.

Joseph Greff, a gaming industry analyst with New York-based J.P. Morgan, said Wednesday that Las Vegas Sands made a great deal for the sale of the assets.

“From our perspective, this is a great price, higher than the $3.7 billion of value we ascribe (and) … would add $2.5 billion, or $3.31 of incremental equity value per share,” Greff said in a report to investors. “As such, we don’t think Las Vegas Sands left any value on the table.”

Sands executives said Wednesday that it would be bittersweet selling The Venetian, the 21-year-old resort that catapulted the company into the world’s largest gaming operator, but the opportunities to pursue new growth prospects would be robust.

“The Venetian changed the face of future casino development and cemented Sheldon Adelson’s legacy as one of the most influential people in the history of the gaming and hospitality industry,” Las Vegas Sands Chairman and CEO Rob Goldstein said.

Adelson, the company’s founder, died Jan. 11 at age 87 at his home in Malibu, California, from complications related to treatment for non-Hodgkin lymphoma.

“As we announce the sale of The Venetian resort, we pay tribute to Mr. Adelson’s legacy while starting a new chapter in this company’s history,” Goldstein said. “This company is focused on growth, and we see meaningful opportunities on a variety of fronts. Asia remains the backbone of this company, and our developments in Macao and Singapore are the center of our attention.”

Goldstein said the company will always look for ways to reinvest in its properties and their communities and that there are new domestic development opportunities.

“Our long-held strategy of reinvesting in our Asian operations and returning capital to our shareholders will be enhanced through this transaction,” said Patrick Dumont, the company’s president and chief operating officer. “Additionally, as our industry continues to evolve, particularly as it relates to the digital marketplace, we are committed to exploring those possibilities.”

Goldstein, who once served as the president and chief operating officer of The Venetian and the connected Palazzo, said it would be difficult saying goodbye to many longtime colleagues, but he was confident the property would continue its great success.

“(The Venetian) is a best-in-class asset with a talented team of people operating it,” he said. “I am confident Las Vegas will soon return to a more normal operating environment and The Venetian’s hardworking and dedicated team members will continue delivering a world-class experience to guests eager to enjoy it. I know I will be rooting for them.”

He also said Apollo and Vici were the right companies to lead the property into the future and that additions such as the MSG Sphere, a live performance venue being developed by Madison Square Garden, would create new growth opportunities for the property.

“The team at Las Vegas Sands, under the leadership and vision of Sheldon Adelson, built an irreplaceable asset that is renowned for its quality, scale and integrated offerings, and we see significant opportunity to invest in and accelerate its growth,” van Hoek said. “This investment also underscores our conviction in a strong recovery for Las Vegas as vaccines usher in a reopening of leisure and travel in the United States and across the world.”

The casino industry, in Las Vegas and abroad, has been pummeled over the past year by restrictions imposed by governments in response to the COVID-19 pandemic.

In Nevada, casinos were closed for 78 days last year beginning March 17 to slow the spread of the virus.

John Payne, president and chief operating officer of Vici Properties, called The Venetian “one of the most coveted properties in Las Vegas and a premier destination for gaming, business and leisure alike.”

“We are thrilled to add The Venetian to our roster of best-in-class assets and believe the property is positioned to benefit from a rebound in Las Vegas under Apollo’s leadership. We look forward to what we expect will be a mutually beneficial and productive relationship with Apollo.”

Representatives of the Madison Square Garden Entertainment Corp. said the transaction would not affect construction of the $1.66 billion MSG Sphere at The Venetian, the 17,500-seat entertainment venue being built on Sands property just east of the Sands Expo & Convention Center.

“Las Vegas Sands has been a great partner, and we look forward to working with Apollo as we continue to make important progress on our MSG Sphere venue,” a spokesperson for the company said in an email Wednesday.